Made With Apples or Oranges Today, Pomanders Were Once Made of Gold

A tradition in the fall and winter, pomanders are a quaint reminder of the days when plants were the main decorations at Yuletide. Pine boughs decked the mantle and the Christmas tree was bejeweled with cranberries, cookies, and candles. The pomander, a fruit embedded with dried cloves, was another of the traditional decorations, made with love to brighten up the winter holidays. But, the history of this fragrant tradition goes back further than you might imagine. 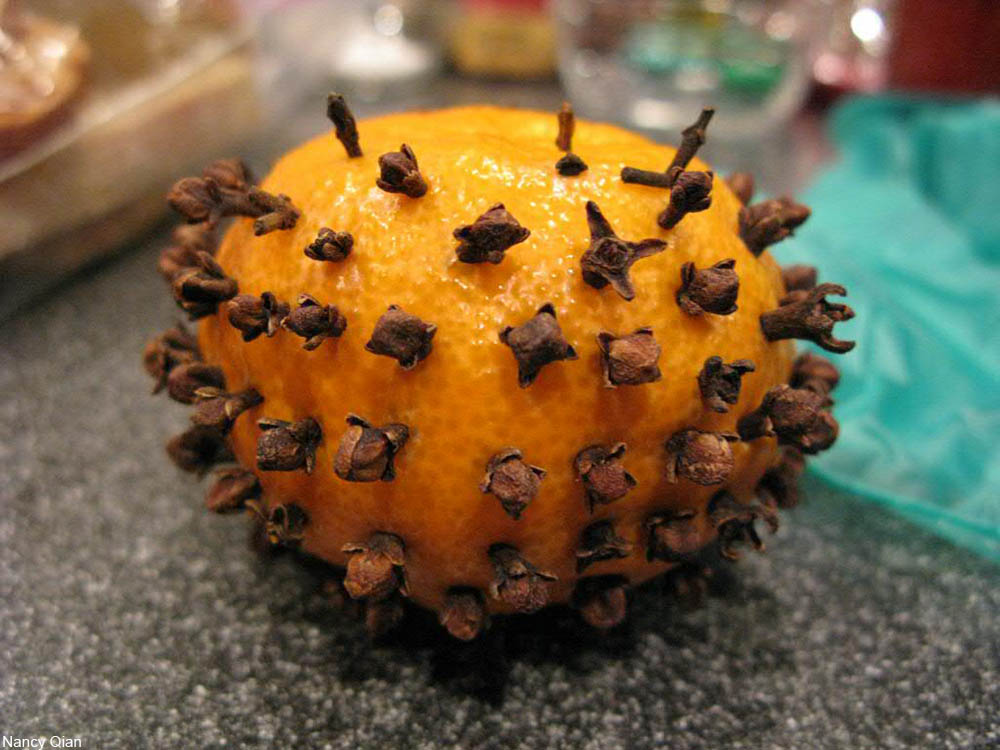 Today, pomanders can be made with oranges of apples as the base. As the skin of the fruit is pierced, the smell of cloves blends with it to create a welcoming aroma. There was a time when oranges symbolized the Christmas season since they were so rare that they were only splurged on at the winter holidays. And, spices were imported from far off places, making cloves another luxury item.

But, going back ever deeper into history, the pomander was once a different type of status symbol, so precious that no middle class person could have afforded one. Pomanders were once made from gold or silver, and were one of the many scent-dispersing devices invented in the Middle Ages to ward off bad smells. Unpleasant odors caused by decaying matter (or miasma) were thought to be the cause of disease at the time. Instead of finding a better way to dispose of human waste and cut out the center of an epidemic, the thinking at the time was that if the individual didn’t smell the bad things then they wouldn’t get sick. 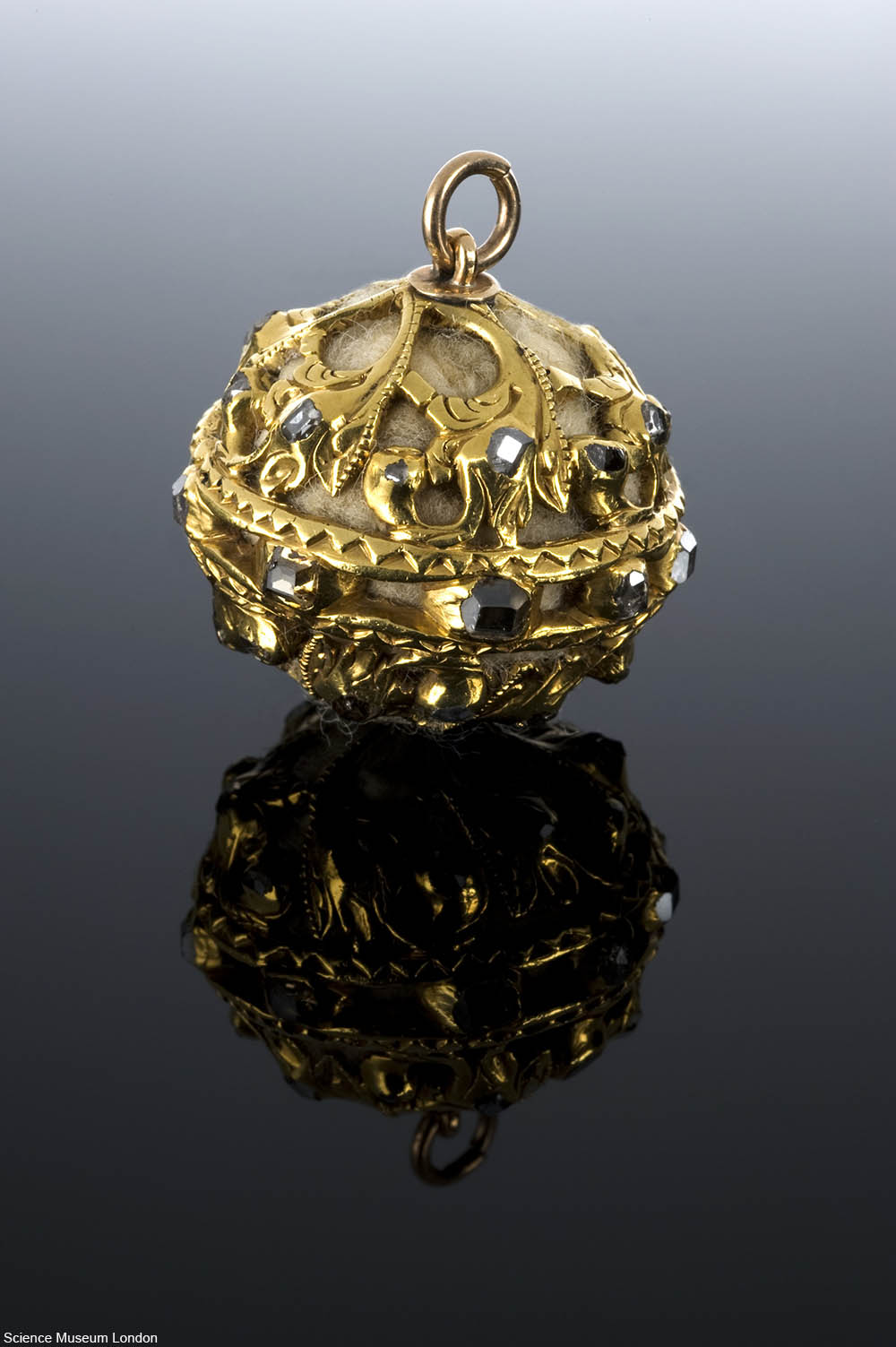 They supposed that the sickness entered through the foul odor. Thus, it was the purview of the wealthy to carry scented sachets, bouquets, and pomanders as charms to not only make their days more agreeable, but to keep them healthy and well. Common scents of the day would have been nutmeg, clove, rose, musk, civet, ambergris, agarwood, or rosemary- among many others.

The pomander evolved as a sort of religious symbol, as it’s powers were seen as a help in both Christianity and in paganism. The word “pomander” comes from the French for “apple of ambergris” – a reference to the sweet-scented secretion of the sperm whale. This waxy substance was considered the height of elegance when it came to perfumes and was one of the many reasons whales were hunted. 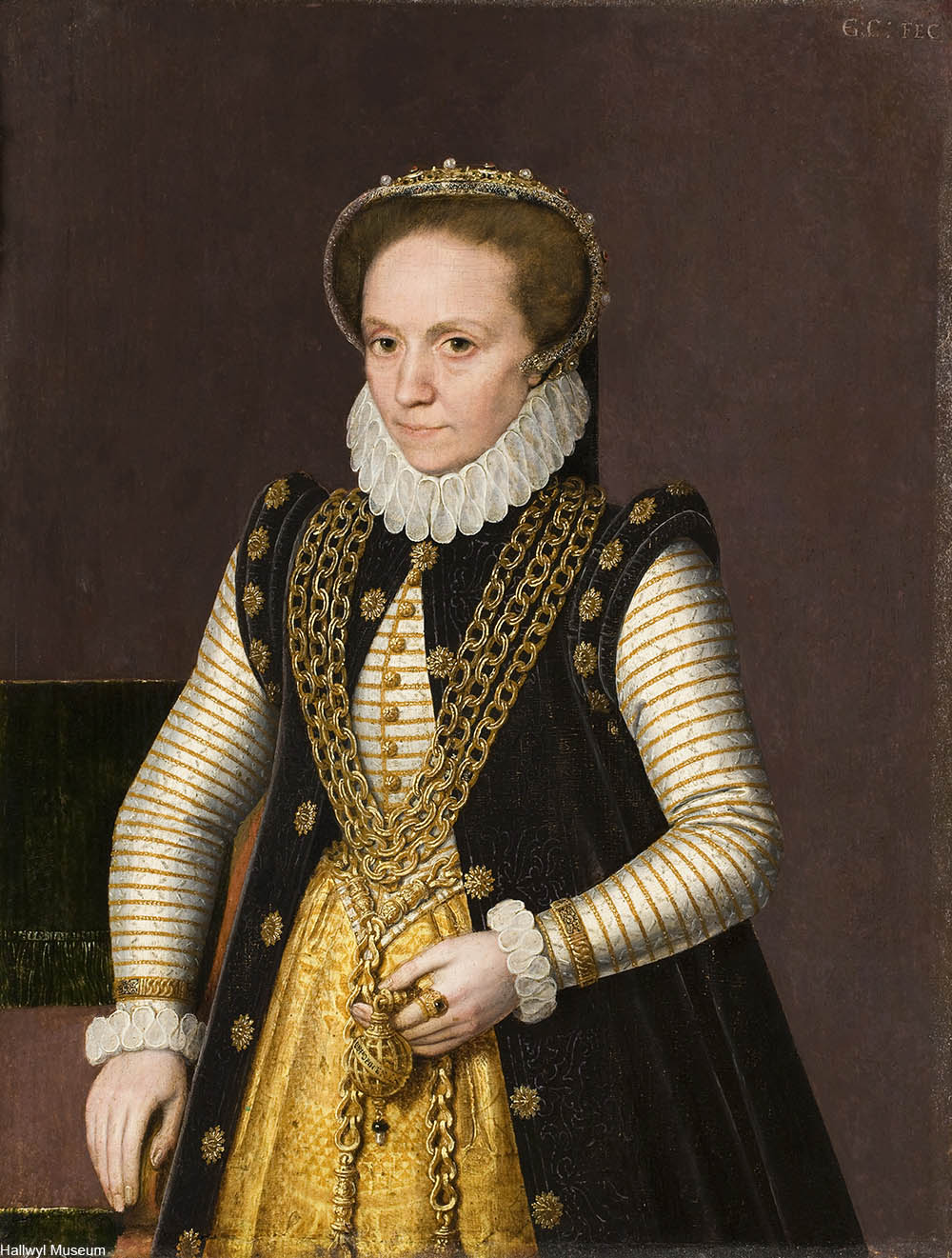 16th century woman of considerable wealth holding a golden pomander attached to gold chains. Her name has long been lost to history. Via/ Wiki Commons

The metal pomander charm could be worn around the neck, wrists, or attached to undergarments. Famous users of the elite luxurious pomander include Queen Mary, King Henry VIII, Queen Elizabeth I, and Nostradamus. 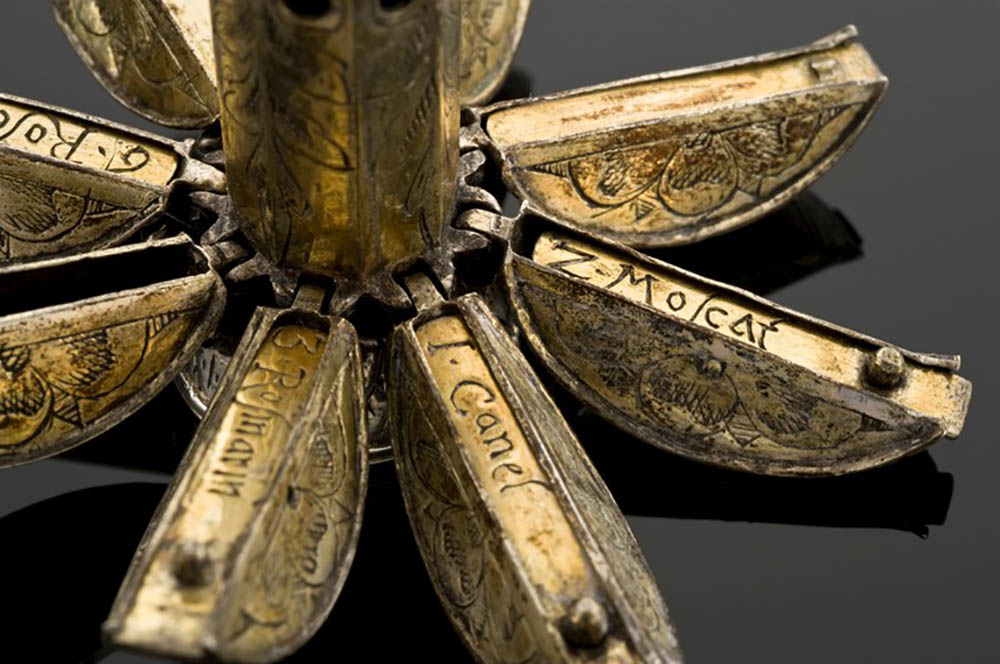 Some pomanders had inner segments like an orange, where different scents could be placed. Via/ Wellcome Images

Some pomanders were made of intricately-carved wood, perhaps a more affordable version of the metal charms. Some of these charms were religious in nature. By the 1700s the term of pomander had evolved to take on a more humble meaning, the clove-studded fruits we know today.

In the 18th and 19th centuries the pomander was a gift often presented at Christmas, as the fragrance and the work that went into it were both considered precious. Today, these decorations are considered more homespun than artificial ones, despite the fact that they are costlier in effort to make. If you haven’t made pomanders before get directions on how to do this holiday craft right here. 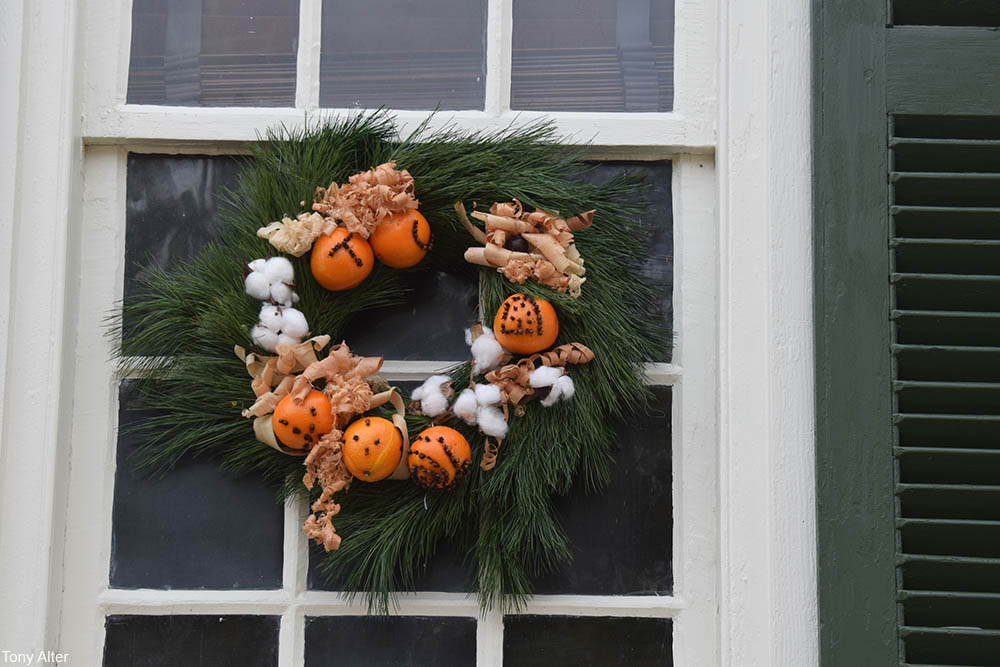 Do you make pomanders during the holiday season? Is it a tradition in your family?