Original Polly Pocket Toys Are Worth Much More Than Memories

As with so many other toys, the nostalgia they can bring often outweighs the value they have financially. Some of the most valuable toys are be made from plastic or and were simply never meant to last for decades.

Any type of toy from more than 20 years has the potential to become collectible for adults who once played with them. These toys are technically vintage and their out-of-production designs make them a limited commodity. Polly Pockets bring back a host of good memories for those who played with these little sets as girls. And, no, we’re not talking about the modern day ones. It’s the pre-1998 Polly Pockets that are really hot and what they are selling for might shock you. 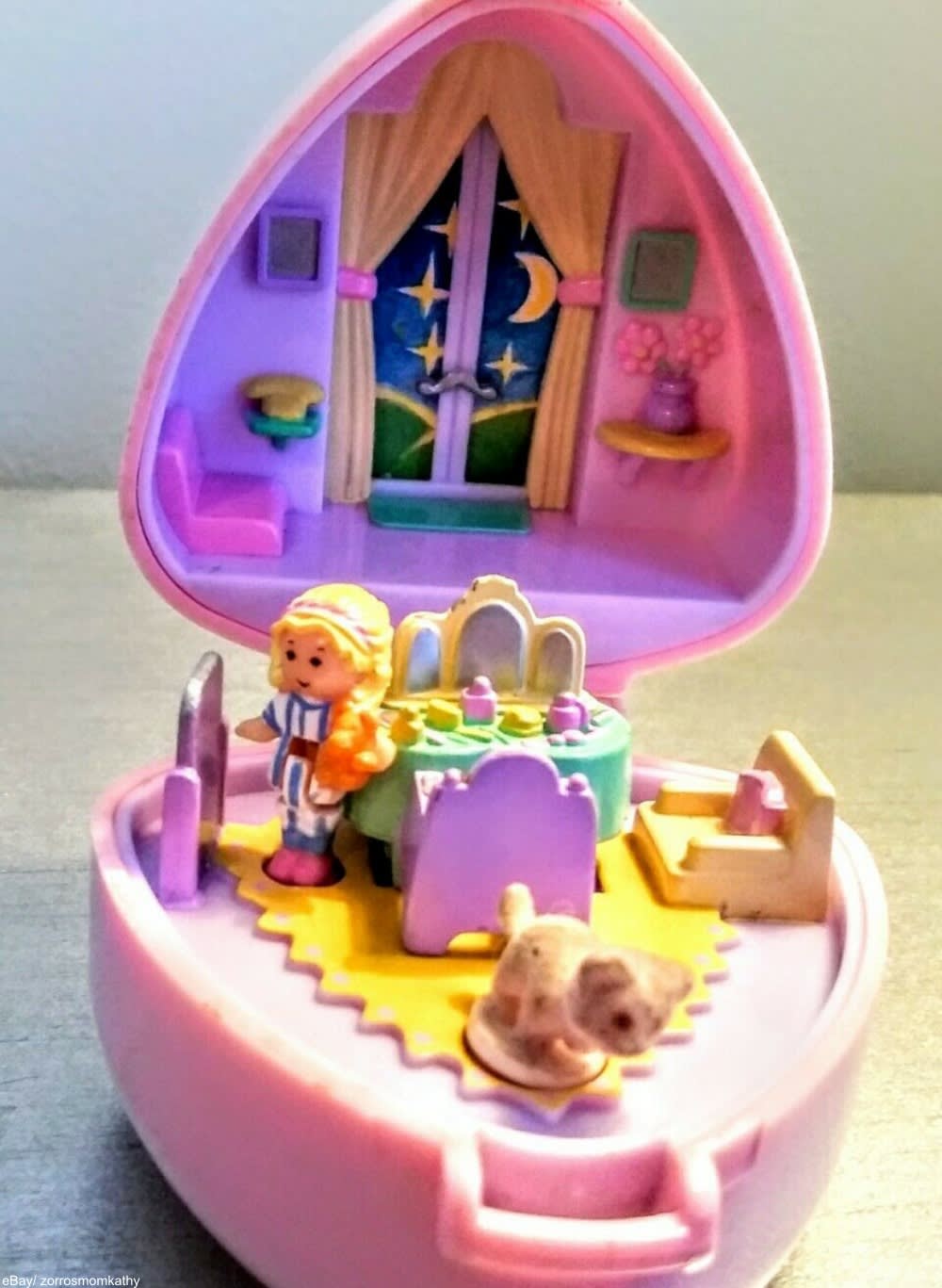 The original tiny sets of Polly Pocket were sold for less than a decade, first licensed by small toy company Bluebird in England. The Bluebird company set founded in 1980 with toy creator Torquil Norman’s genius ideas, the first of which was the invention of the plastic lunchbox. The first Polly Pocket was created by Chris Wiggs for his young daughter out of literal makeup compact. His other internationally huge idea was the Polly Pocket Line, which was made by Bluebird from 1989 to 1998. 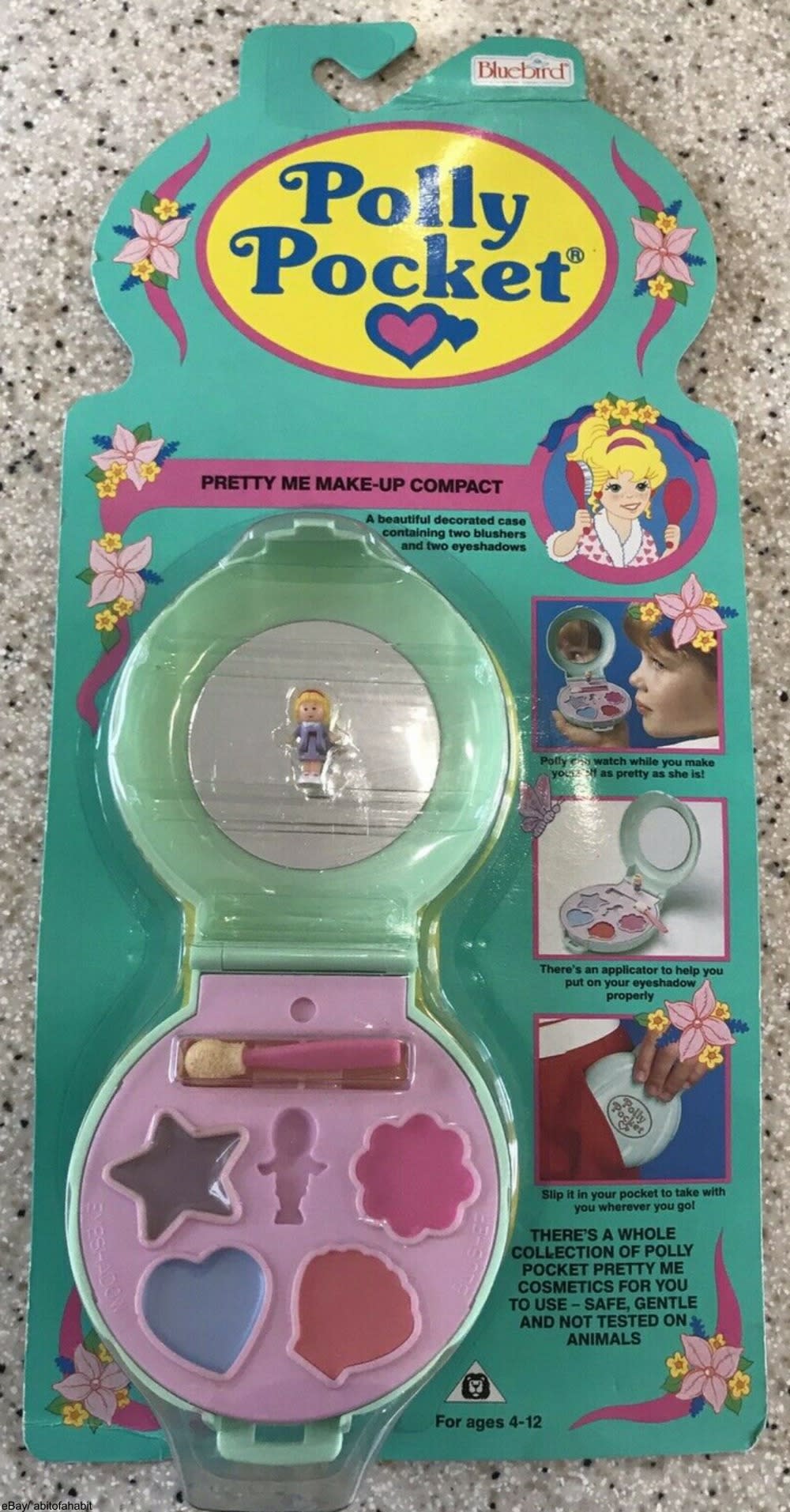 In 1998 Mattel bought Bluebird and the production changed entirely. The tiny dolls, were replaced by small, but not minuscule dolls. These slightly larger dolls are not usually what collectors are clamoring for. The smaller dolls, made by Bluebird, are the hot ticket items. However, vintage Polly Pocket products in their original packaging do still retain value even the Mattel sets.

Many of the used sets sell for between $10 and $50, and low end selling prices for pre-Mattel sets in their packages start at $100. 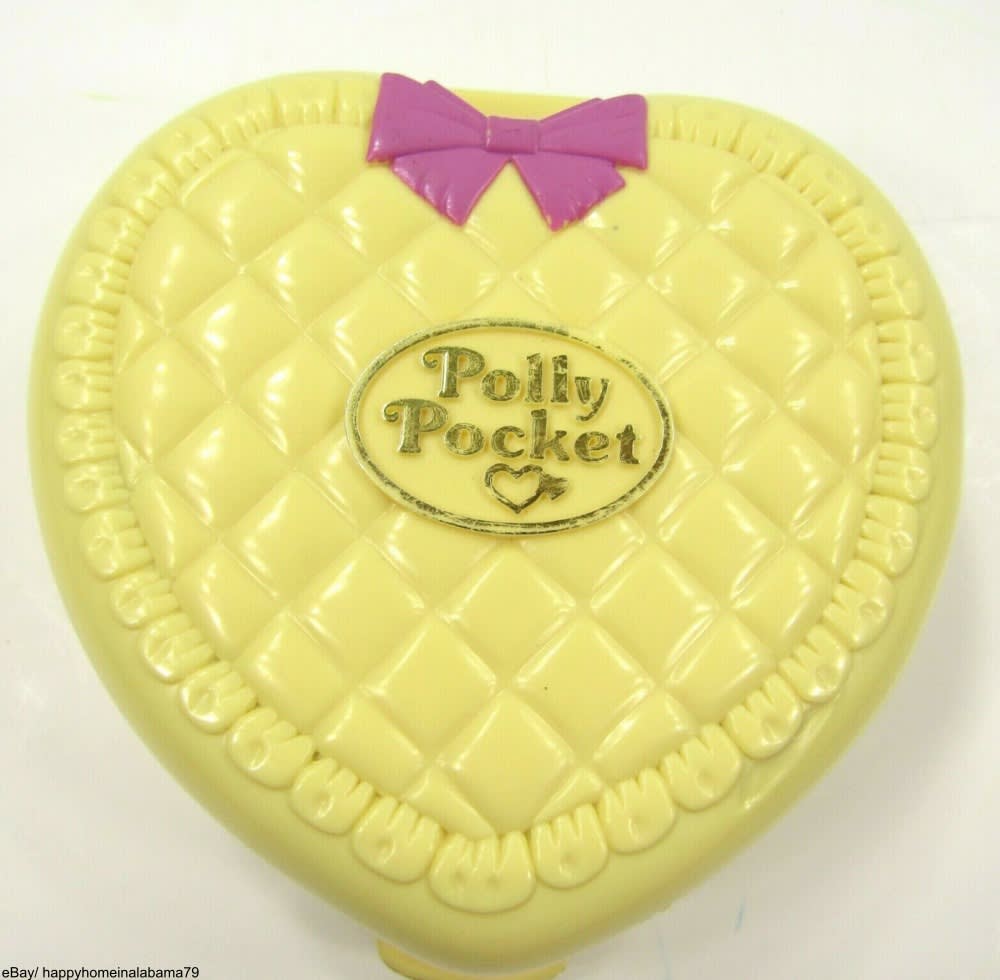 The trend for buying Polly Pockets has really taken off in the U.K., where eBay prices of sold Polly Pocket kits have been through the roof for a couple of years. In March 2019 a Polly Pocket compact kit in original packaging from 1993 sold for £834.00, which is $1,078 in U.S. dollars as of this writing.

While the diminutive dolls were popular on both sides of the Atlantic, there had been less fervor in the U.S. Recently a set of 3 Bluebird Polly Pocket rings and one Mattel brand ring sold for $449, which is not chump change when you consider the original value of the toys!

If you have any of these sets floating around your home you might have a winner on your hands. Some people love them so much that they are buying adult products with the Polly pocket look. There have recently been homages to the real thing in circulation: eyeshadow palettes and purses made to look like the Polly Pocket cases.

Perhaps bolstered by the success of their smaller vintage lines and slew of movies and cartoons, the compact-sized sets are now being made by Mattel again. We can only guess what they’ll sell for in 20 years!

The most expensive vintage baby doll: Click “Next Page” below!