If you’ve ever dreamed of being a pirate as a kid then you’re in luck! You can now rent a giant 65-foot pirate ship on Airbnb. This ship is currently docked in Minnesota, floating on the Mississippi River…A mere stone’s throw away from the Minneapolis-St. Paul International Airport. 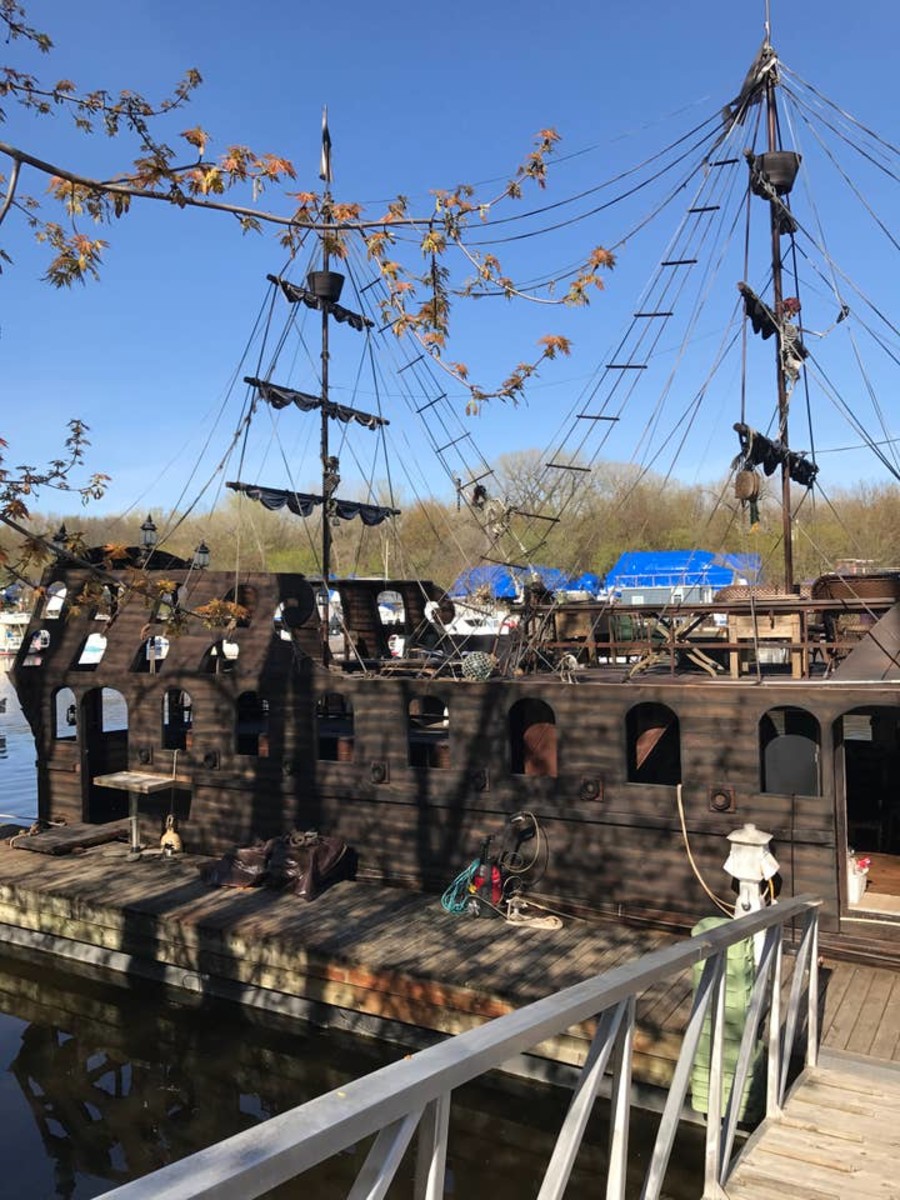 It has two berths, two heads, a hammock, and nooks to lounge in. And yes, there is wifi onboard. 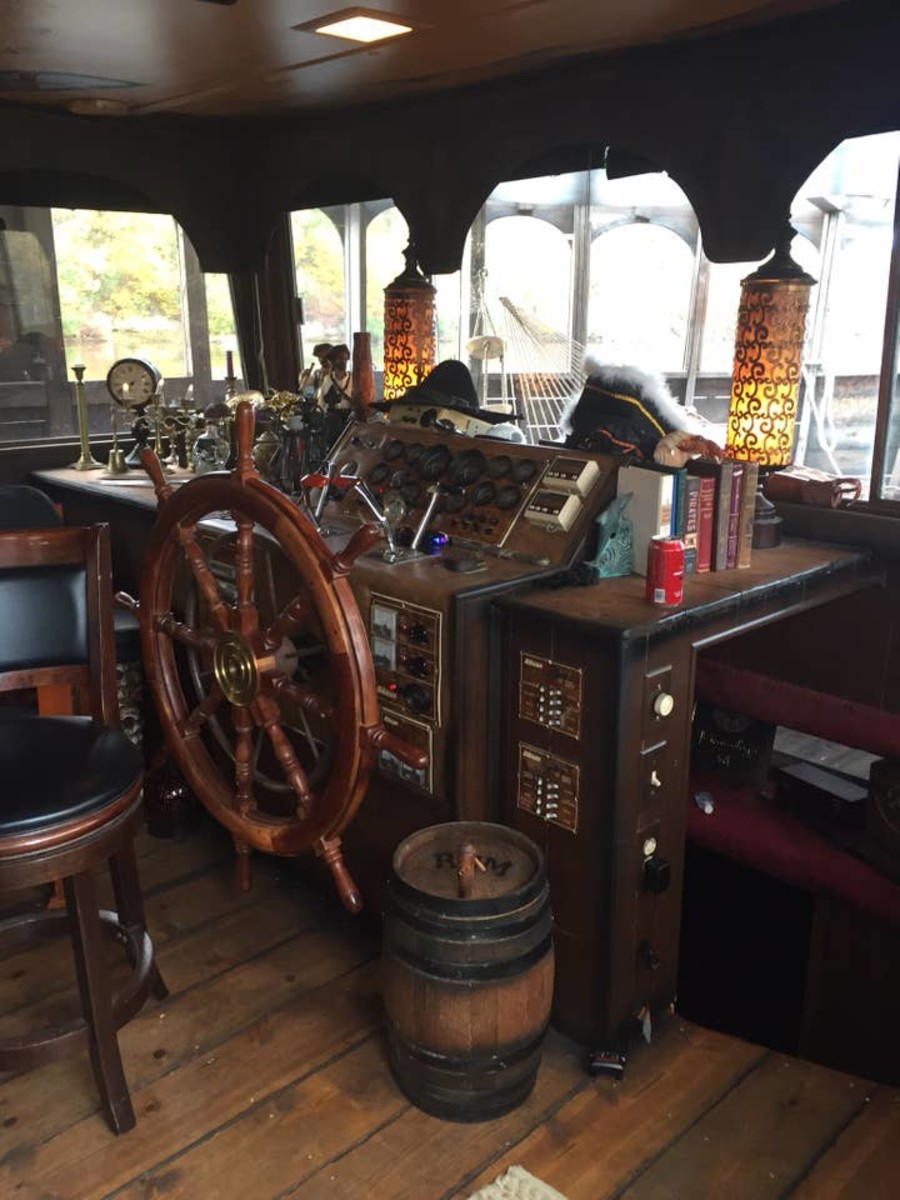 This vessel is a big upgrade to the pirate ships they had back in the day. With an onboard shower, bathtub, kitchen (with a toaster and microwave), central air, a fireplace, tables, couches, theme lighting. It has all the amenities you would want for your getaway. 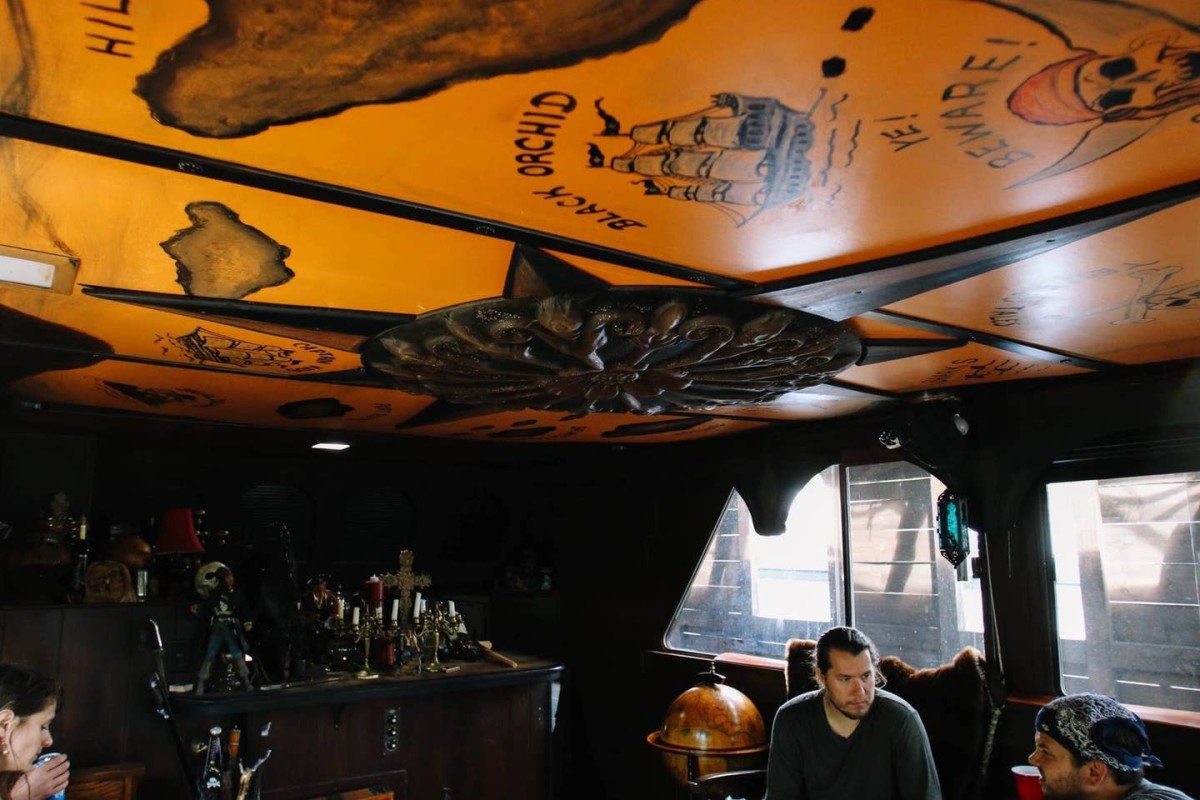 Each of the three bedrooms has a queen bed so you can rock to sleep comfortably. There is also a massive deck to sunbathe with your family while you sail the high seas. 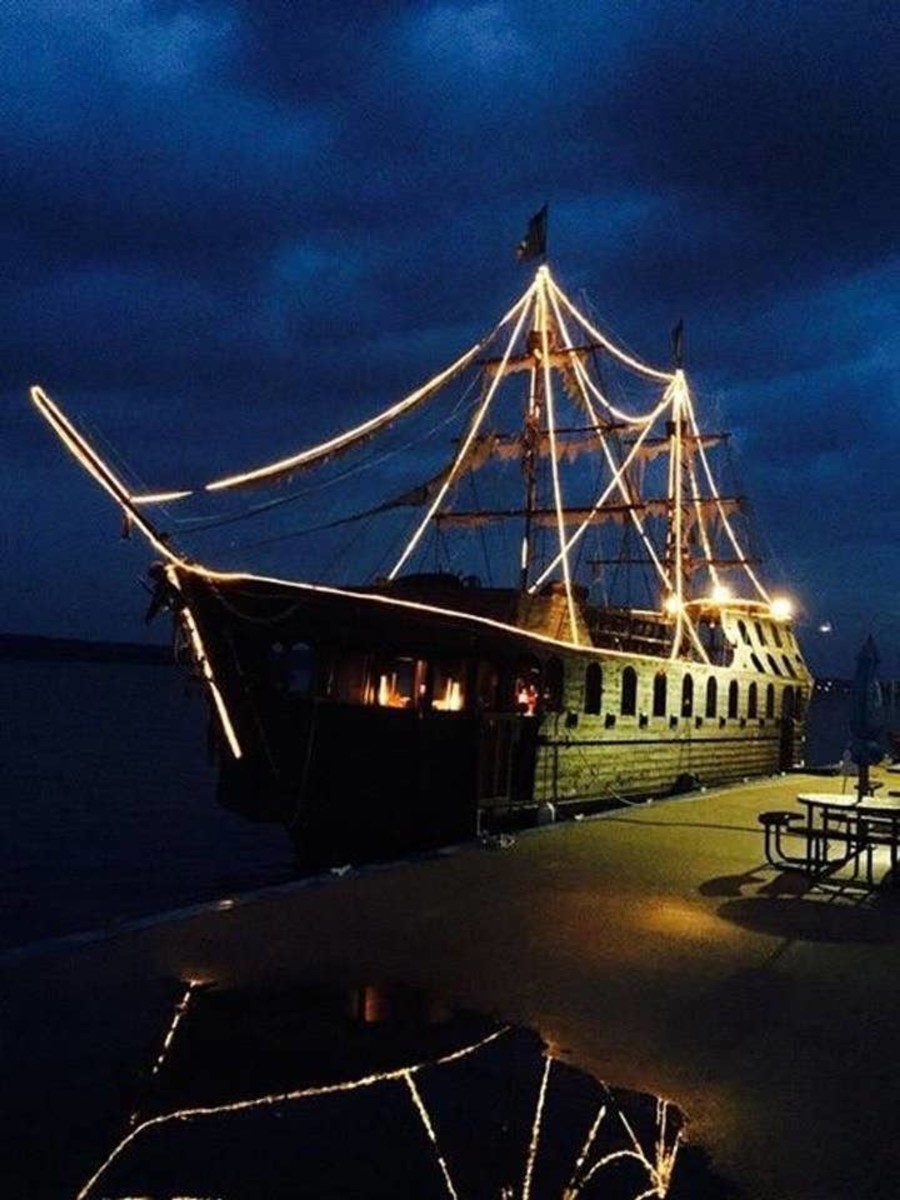 No pirate ship would be complete without a treasure map. Although you can’t leave the dock and look for buried treasure, you can use the complimentary paddleboards and kayaks to explore the river. 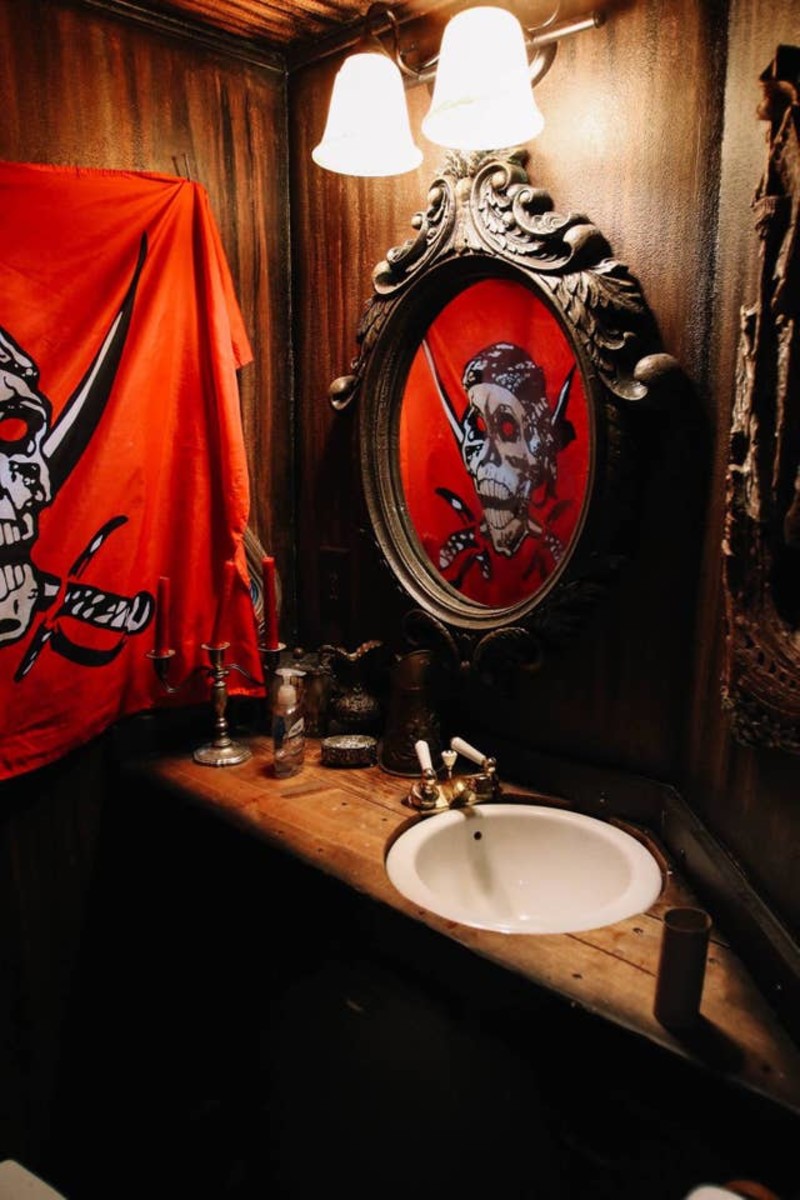 One guest wrote in a review: “Everything is in the details. From the novelty of being on a ginormous pirate ship to the crew that abandoned it leaving all of their treasures, unique library, jewelry, and clothing. Captain Dan, along with his Wench were fantastic at making sure we were transported into the adventure we were looking for.” 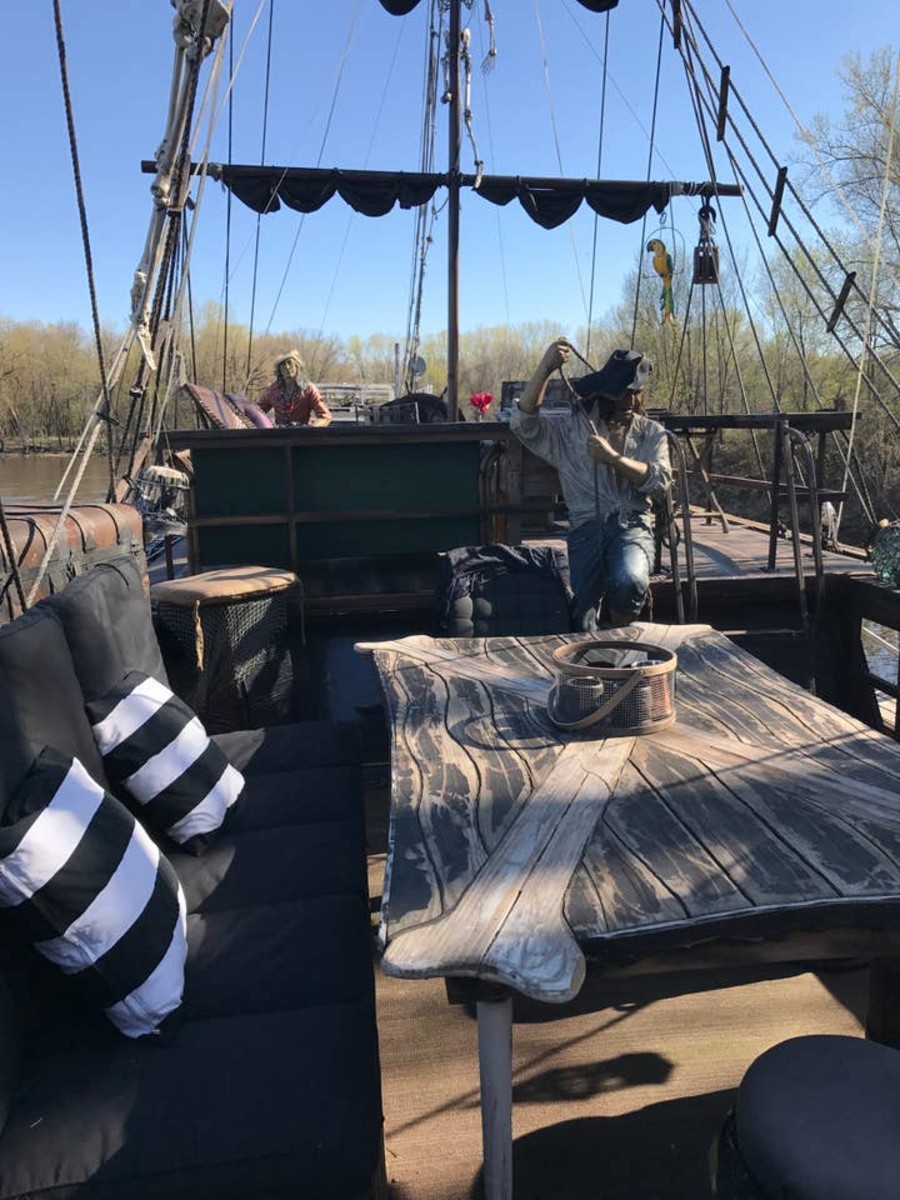