One of the ways a parent can make their kid’s school days as fun as possible is by adding tiny touches of wonder here and there.

And that includes the food our hungry students enjoy when they sit down for lunch. While there’s obviously nothing wrong with sending your child to school with a simple sandwich and some carrot sticks on the side or giving them a few dollars to pick up a prepped meal from the cafeteria, if you have the time and energy, making artistic lunches can be a simple and silly way to make you both smile.

That’s why I decided to try to make Pinterest-worthy school lunches for my kids.

If you’re an avid Pinterest user, then you already know what I’m referring to when I say these wildly cute lunches are definitely worthy of a picture on social media. For anyone who isn’t quite in the know, some moms and dads create packed lunches for their kids that are ridiculously adorable.

Do a quick search and you’ll find seemingly endless options that embrace themes like dinosaurs, aliens, and woodland creatures. There are also options that are perfect for certain holidays, such as Valentine’s Day, Halloween, and Christmas. Some clever parents have even come up with lunches that look like popular characters from our favorite fictional films and books like Toy Story, The Lego Movie, Star Wars, and Winnie-the-Pooh.

For my first attempt, I decided to stay away from specific characters — I honestly didn’t want to ruin my child’s lunchtime by making Buzz Lightyear or Tigger look like a wonky mess — so I opted for options that I felt like I could successfully nail.

Take a look to see if my school lunches ended up as adorably appetizing as I had intended or if they were a delicious disaster.

When I hopped onto the internet to find a few options that were easy to make, looked cute, and would be something my kids would find tasty, there were definitely plenty of choices. However, instead of just going for three simple sandwiches — and to mix things up a little — I opted for a monster sandwich from Land O’ Frost, a PB&J waffle mouse from Kitchen Fun With My Three Sons, and a monkey bagel from Eats Amazing. 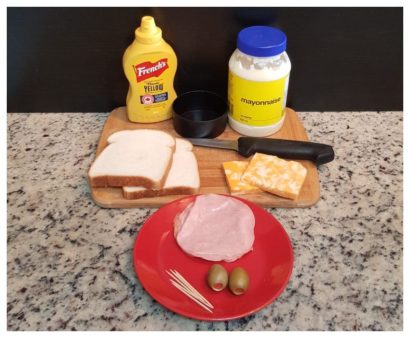 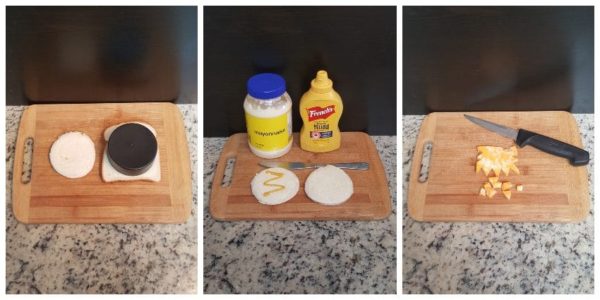 To get the perfect round shape for my bread slices — which would be the base of the monster sandwich — the recipe called for a round cookie cutter, which I didn’t have. Instead, I created a makeshift cutter by using the lid to my Slap Chop, and it worked just as well.

I then spread some mayonnaise onto the circular slices of bread and added mustard for a bit of zip. Next, I got my slice of cheese and started to cut triangles out of the sides to make the shape of the monster’s teeth. 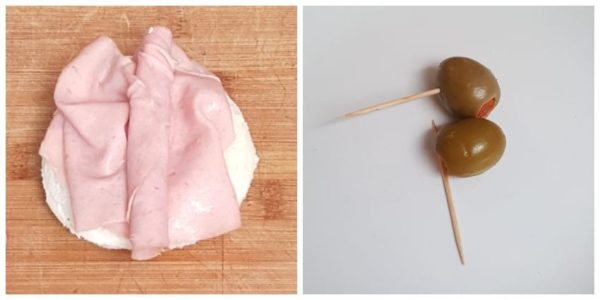 Time to build! I put some turkey on the bottom piece of bread and rolled up one slice to make it look like a monster tongue. I then laid on the teeth-shaped cheese and the final layer of bread.

When it came time to make the eyes, I popped a toothpick about halfway into each of the olives and stuck them on top of the sandwich. 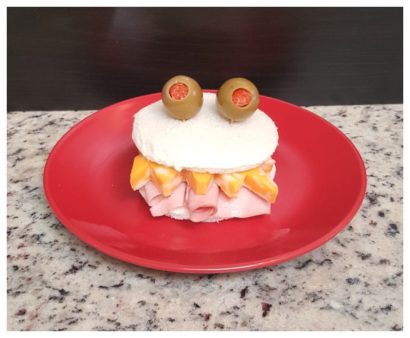 The result was great! I liked how the olive eyes and rolled up turkey tongue added to the sandwich’s playfulness. It was a cute little creation that would make lunchtime a lot more fun. The recipe was also really simple, and it can be easily modified to fit your child’s tastes. 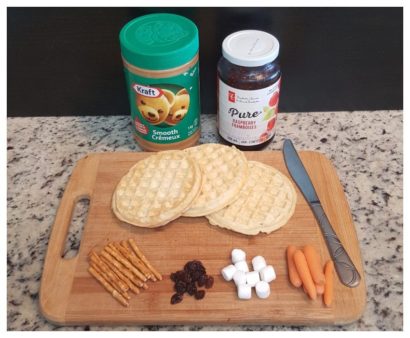 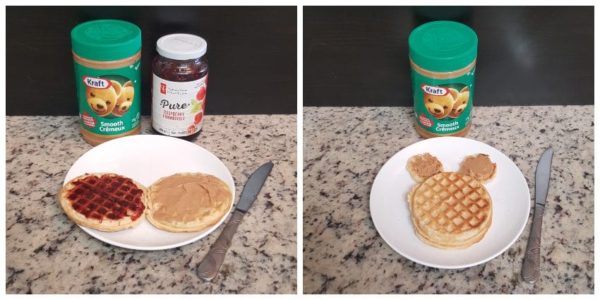 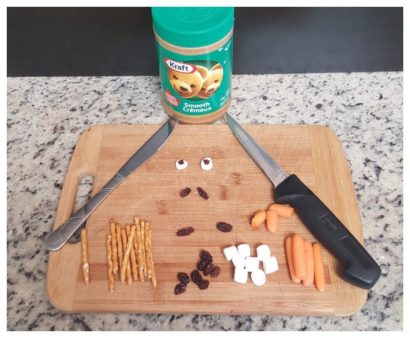 To complete the mouse face, I cut a mini marshmallow in half and put a small piece of raisin into the center of each half to make the eyes. For the nose, I put two raisins together and then cut another raisin into a V to get the shape of the mouth. I laid out six pretzel sticks, and with a little help from some sticky peanut butter, I put on the whiskers of the waffle mouse. Finally, I cut some baby carrots to look like cheese. 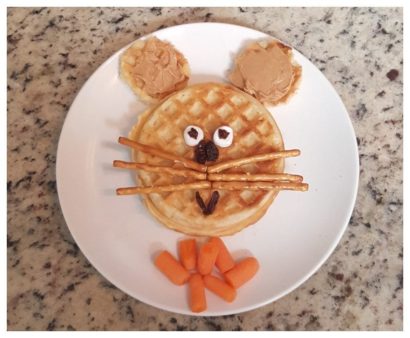 The recipe was super simple, and again it could be modified to suit your kid’s tastes. You can even use your own homemade peanut butter or swap out the jam for some honey. The result looked adorable and was a great lunch for my little ones. 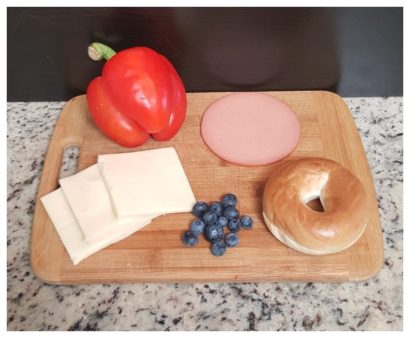 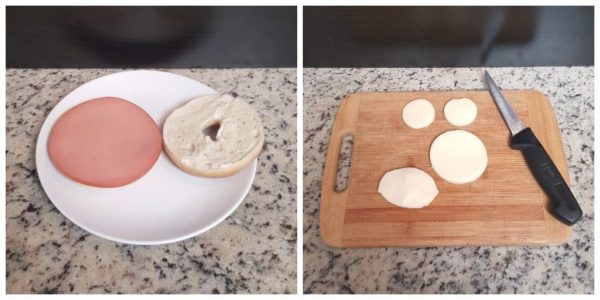 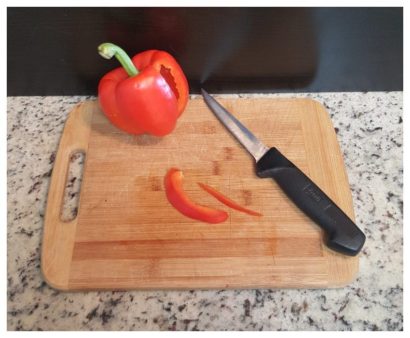 Next, I grabbed the red pepper and cut out a thin slice to add a smile to the face. I then grabbed two blueberries for the eyes and added an extra little pile at the bottom, because blueberries are oh-so-yummy. 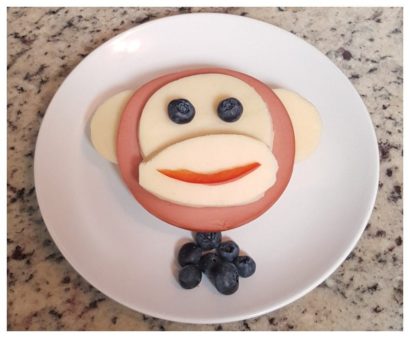 The result was a super-cute creation. This monkey can’t help but put a smile on a child’s face. The multiple layers in the bagel make the lunch a bit more filling, and the blueberries add some welcome freshness. Not to mention, it makes the monkey look quite dapper. 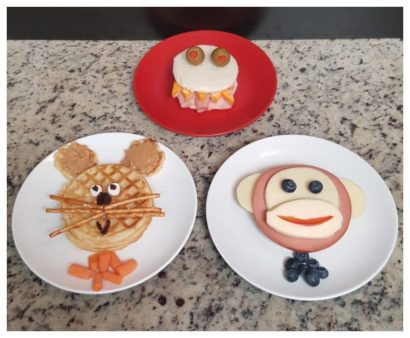 Before starting these picturesque Pinterest-worthy school lunches, I honestly felt like this might turn into my Nailed It! (i.e., failed it) moment, which I would also be cool with, because it’s the effort that counts, right? But I feel like the end result really looked like it was meant to look that way and not some edible noon-time nightmare. These recipes were incredibly easy and quick to make — the only thing left to do was pop them into lunchboxes!

These quirky and delicious meals will definitely add some life to my kids’ lunches and can do the same for your little ones if you feel like giving them a try!