A police officer who stopped into Starbucks this past Thanksgiving received an unwanted surprise. When they were given their coffee, someone had written “PIG” on the side of the cup. Now, the employee who was involved has been terminated. This incident took place at a Starbucks in Kiefer, OK.

When the police chief heard about the incident, he posted about it on Facebook. Johnny O’Mara was not thrilled by what had taken place and decided to share his story. “That’s what he gets for being nice,” O’Mara said. The post went viral but he has since decided to delete it. We imagine that he received a great deal of attention for speaking out, both in a negative and positive sense.

These are the issues that are truly divisive. There are some who believe that officers of the law must be treated with the utmost respect at all times. There are others who take a more adversarial approach. O’Mara wants people to know that these behaviors do hurt the feelings of officers who are truly trying to do the right thing for their communities. 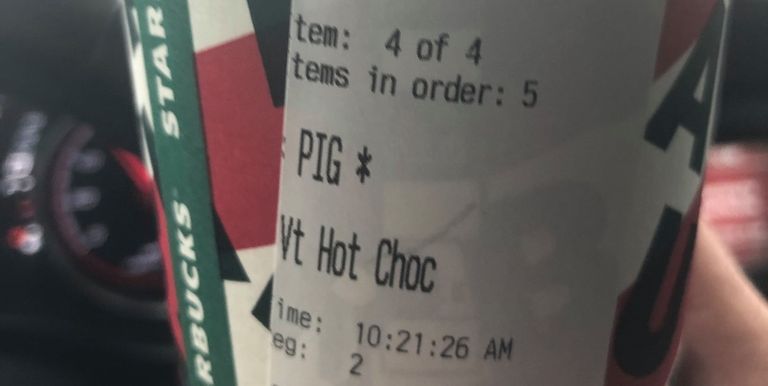 After all, these selfless officers could have simply stayed home and enjoyed the holiday with their families. Instead, they are making the sort of sacrifices that few others would. The employee has now lost their job and the coffee chain is offering an apology to the officers who were affected by what had taken place. The behavior has been deemed totally unacceptable by the good folks at Starbucks.

“This language is offensive to all law enforcement and is not representative of the deep appreciation we have for police officers who work tirelessly to keep our communities safe,” it said in a statement.

The coffee giant is looking to foster a greater level of discussion within the community as well. The Kiefer Police Department will be on hand for a “Coffee with Cops” event that allows local citizens to engage in an open dialogue. These are the sorts of steps that need to be taken so that we can avoid these types of incidents in the future.

Other Starbucks locations are looking to participate as well, so be sure to keep an eye on your local coffee shop. Educational opportunities like these do not come along on a regular basis. It is important to take advantage of them while you still can. In the meantime, please share this story. The time has come for a more open dialogue on topics of this nature so that we can come together and reach a mutual understanding….before it is too late.