In the Bible the Philistines are mentioned many times. They are described as ruthless, underhanded, and out to dominate the world. Because of this perception, the word “Philistine” has been used ever since to make negative comparisons. But, the Philistines were a real group of people and, thanks to new archaeological evidence, we now know much more about where they hailed from. According to the Bible, the Philistines came from land and sea to the Levant and clashed directly with the Israelites there. Now, analysis of their DNA shows they were actually from Europe. 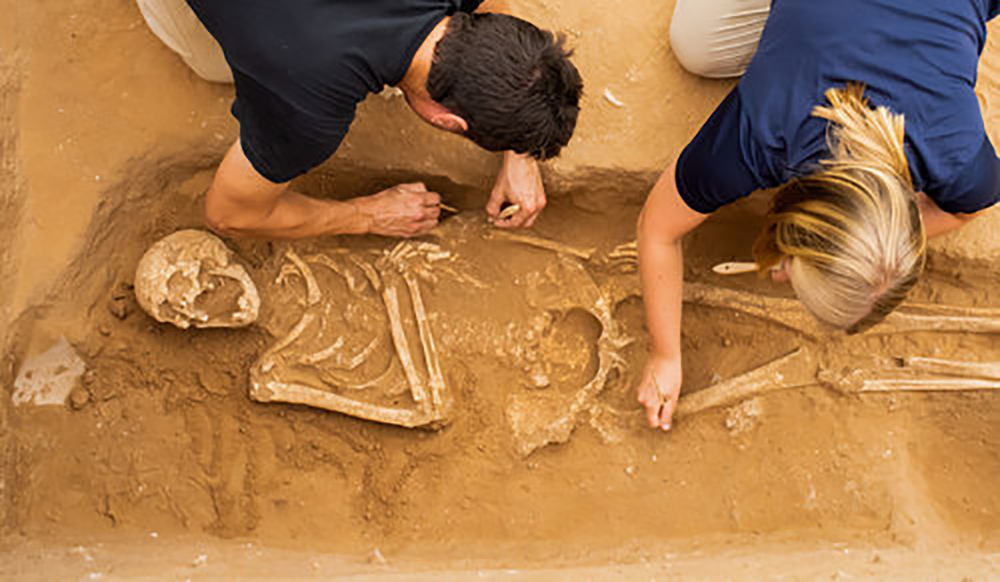 Via/ Leon Levy Expedition to Ashkelon

Upon excavation of a Philistine site by the Leon Levy Expedition, the bodies of 10 ancient individuals were found to have European ancestry after extracting DNA. More specifically, their ancestors were from Sardinia, Greece, and possibly Iberia. They made their travels to the Levant around 3,000 years ago according to this most recent spate of archaeology done on what is believed to be a Philistine site.

The Philistines were the group from the Bible stories of Samson and Delilah in which the treacherous Philistine Delilah betrays her Nazarite lover, Samson (Judges 16:4-30 NIV). The Philistines also feature heavily in the story of David and Goliath, the Philistine giant who is mentioned several times in the book of Samuel. 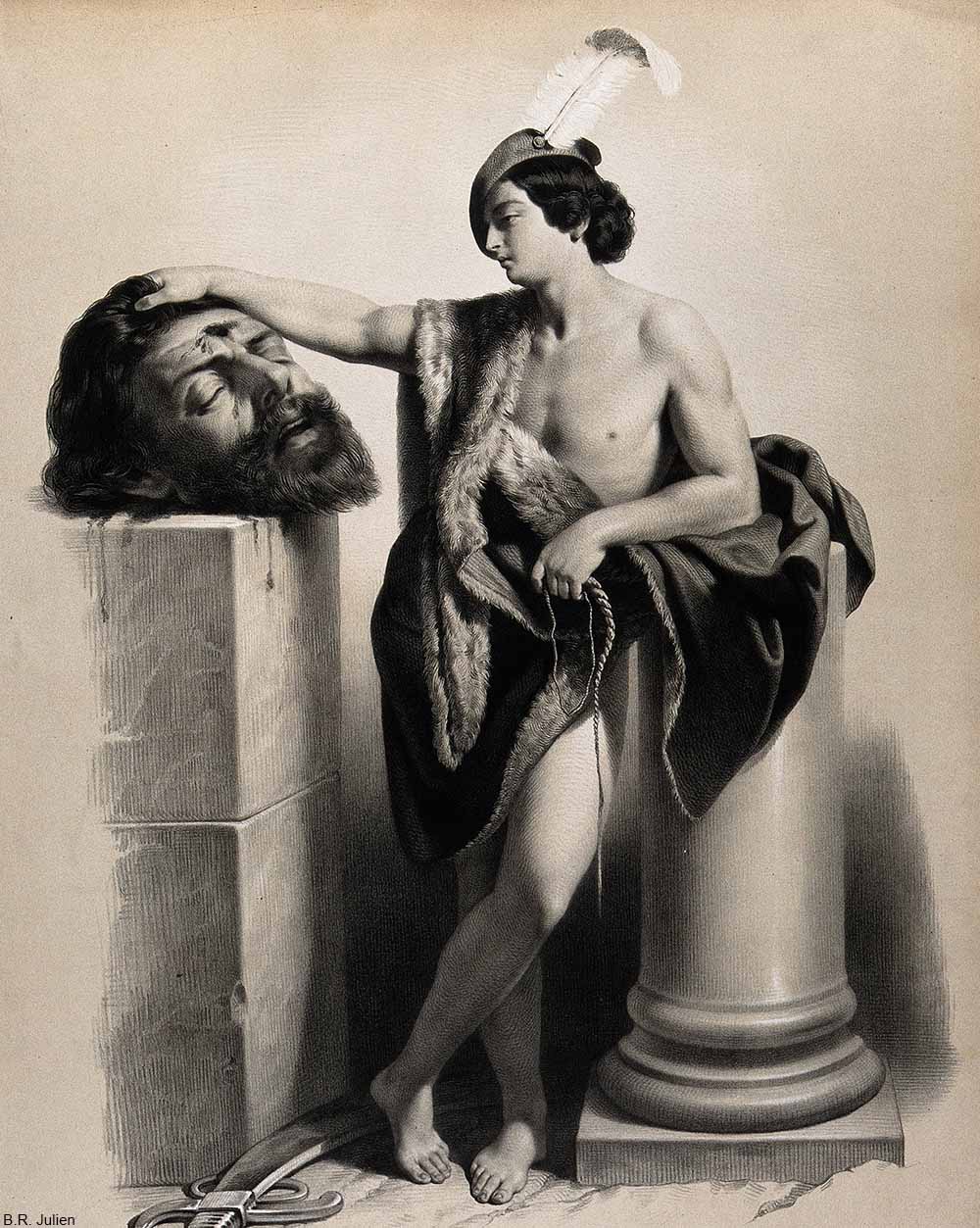 The excavation site is located in the Israeli city of Ashkelon, a port metropolis about an hour from Jerusalem which has been the subject of troubled research into the matter for decades. The research that led to the discovery of an ancient graveyard was initially called into question. Using ancient texts from Egypt, Assyria, Babylon, and Israel, researchers in this area have been met with controversy since proving the site was a Philistine area using ancient writings alone was not considered concrete evidence. However, this latest discovery of genetic material from Europe suggests that the site is indeed very special. 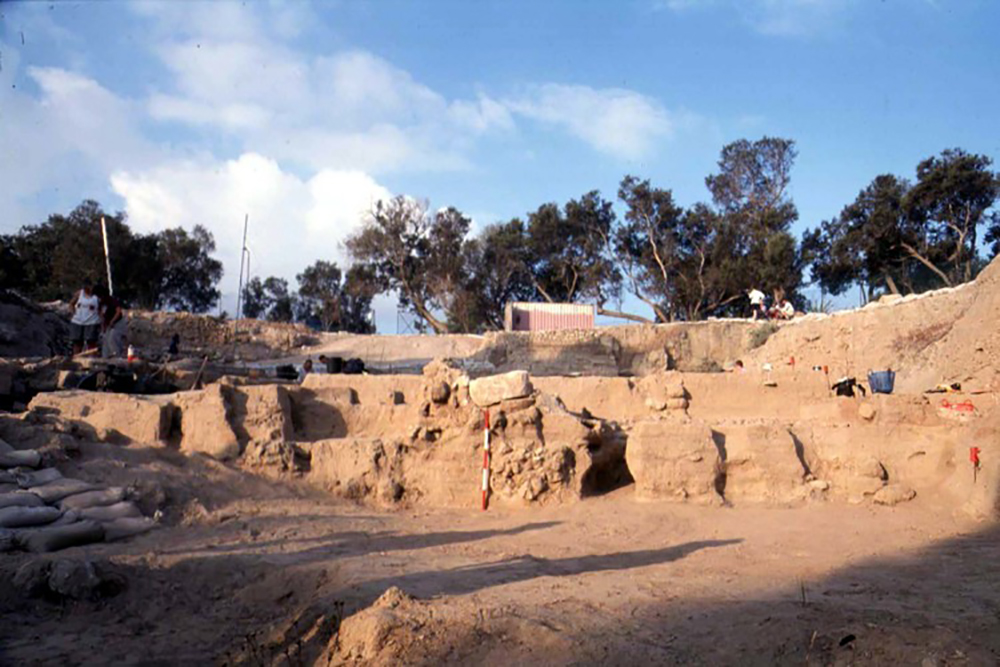 Initial speculations on the genetics of the “sea people” mentioned in the Bible had them coming from Greece and/or Turkey, but now the DNA evidence from the Philistine necropolis, burials found under homes, and from a smaller cemetery at Ashkelon puts these ancient travelers father West. The DNA of 10 individuals was sampled for this most recent finding, taken from the inner ear bones and from dental pulp- two of the most dense areas for DNA harvesting in ancient specimens. The analysis took place at the Max Planck Institute for the Science of Human History in Germany. When compared to samples from later eras also found in the region, the DNA markers of Greek/Spanish/Sardinian lineage are completely absent by around 200 years after these particular individuals arrived. 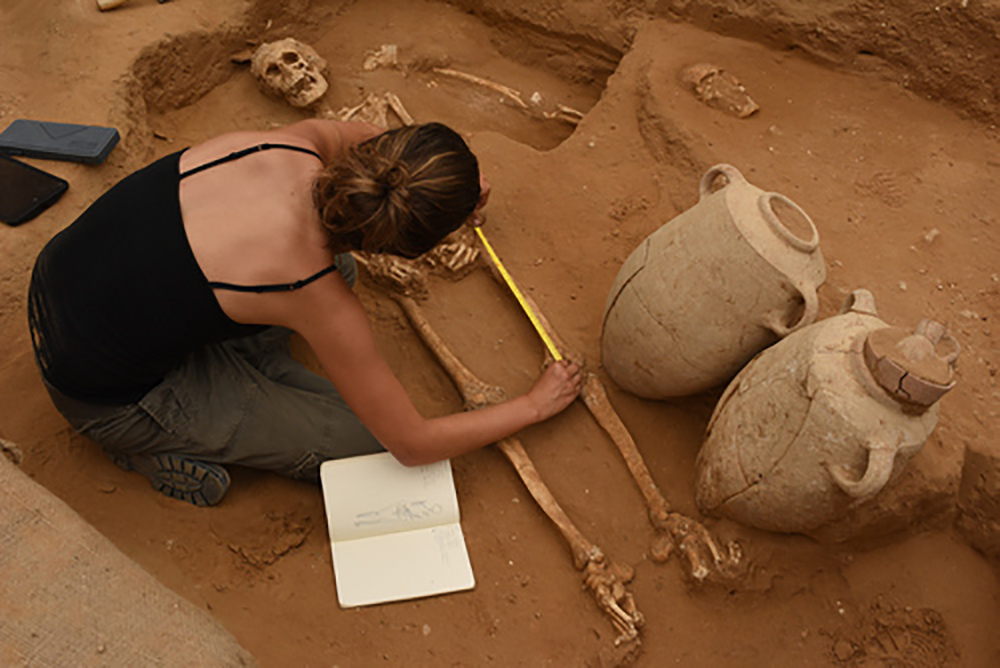 While 108 individuals were found and had their DNA sampled (ranging from the Middle Iron Age to the 10th or 9th centuries BC), 10 individuals stood out as having European ancestry. When sampled against local Levant populations, the results show a distinct lack of these European genetic markers. The transition in culture between the Bronze Age and the Iron Age in the region could be at least partially facilitated by the arrival of this European group.

Interestingly, the 10 individuals were not close relatives, which might suggest that they arrived as part of a new group entering the area, possibly as part of military or diplomacy actions. So far, this is the first Philistine burial site to have been speculated and very little is known about this ancient group’s burial practices overall however we do know that some of the burials contained jewelry and perfume oils and that nearby sites contained more than 1,000 dog burials, though the latter may have been Phoenician.