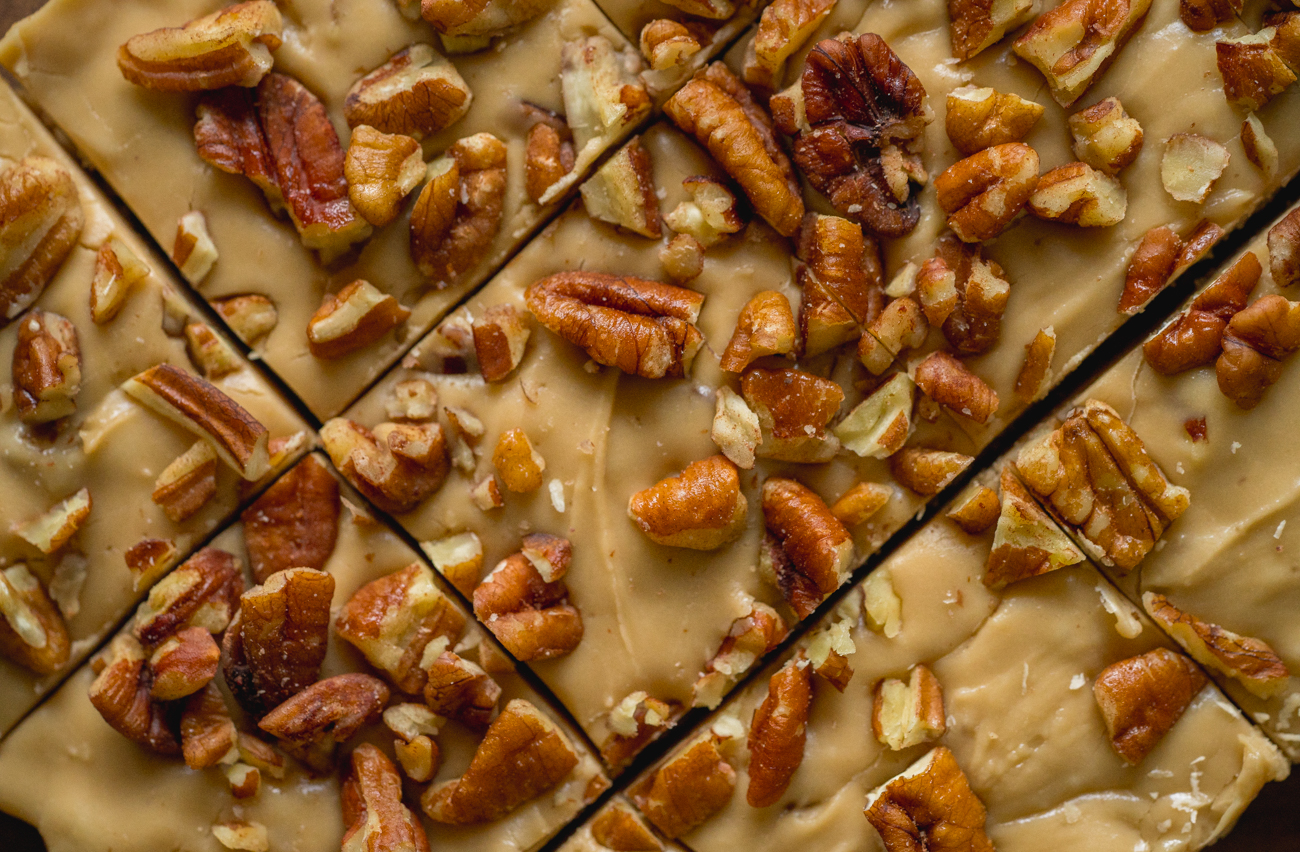 While we’re still fully aboard the fudge train, making a point to try out as many varieties of the stuff as we can get our hands on, there’s a slightly different version, a cousin to fudge, if you will, that we came across the other day. Penuche (pronounced: “peh-noo-chee”) is visibly similar to fudge, but it’s slightly lighter, because it’s made with milk instead of heavy cream. Plus, it primarily uses brown sugar instead of white sugar, which gives it a rounder, more caramel or toffee-esque flavor that is absolutely addictive. 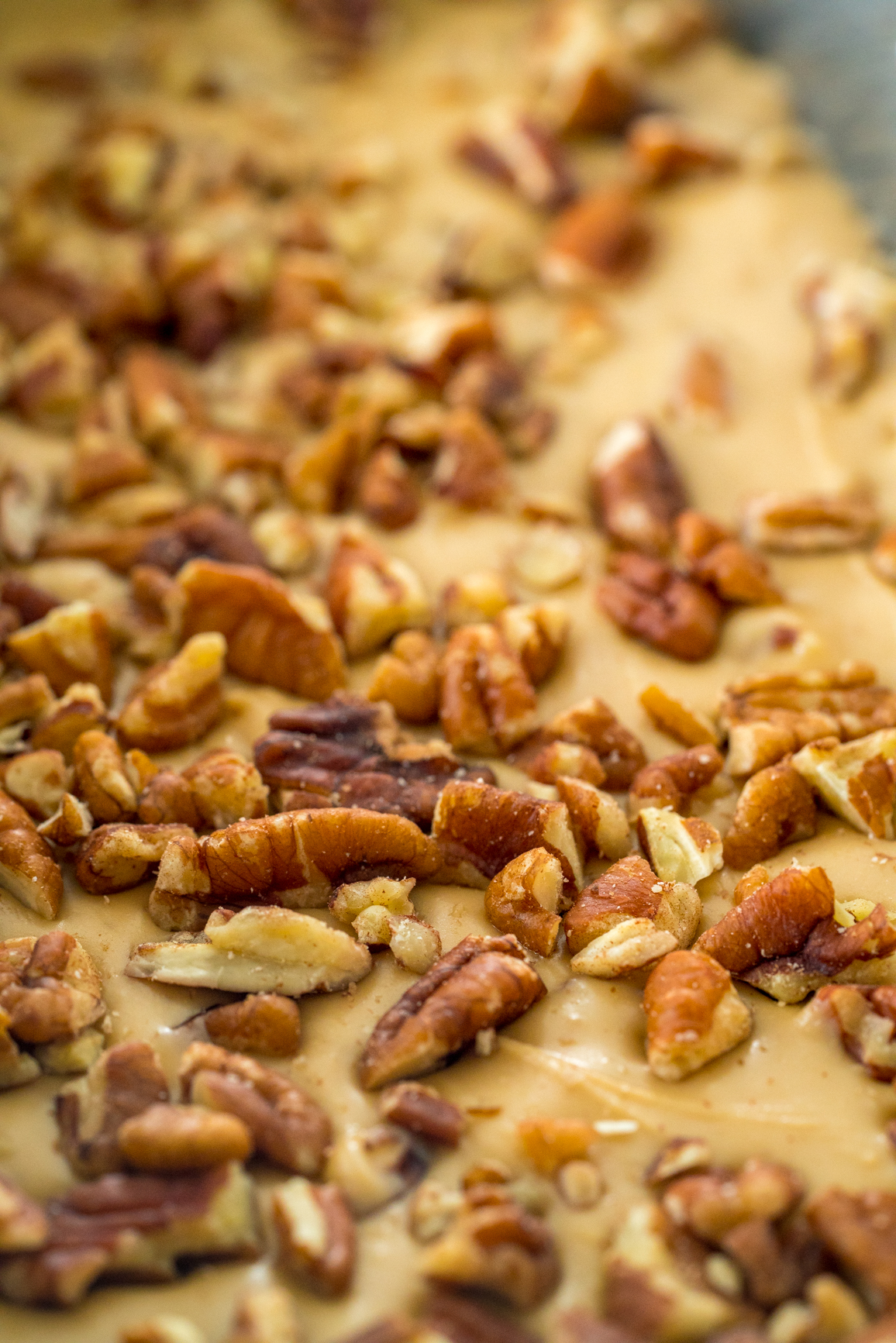 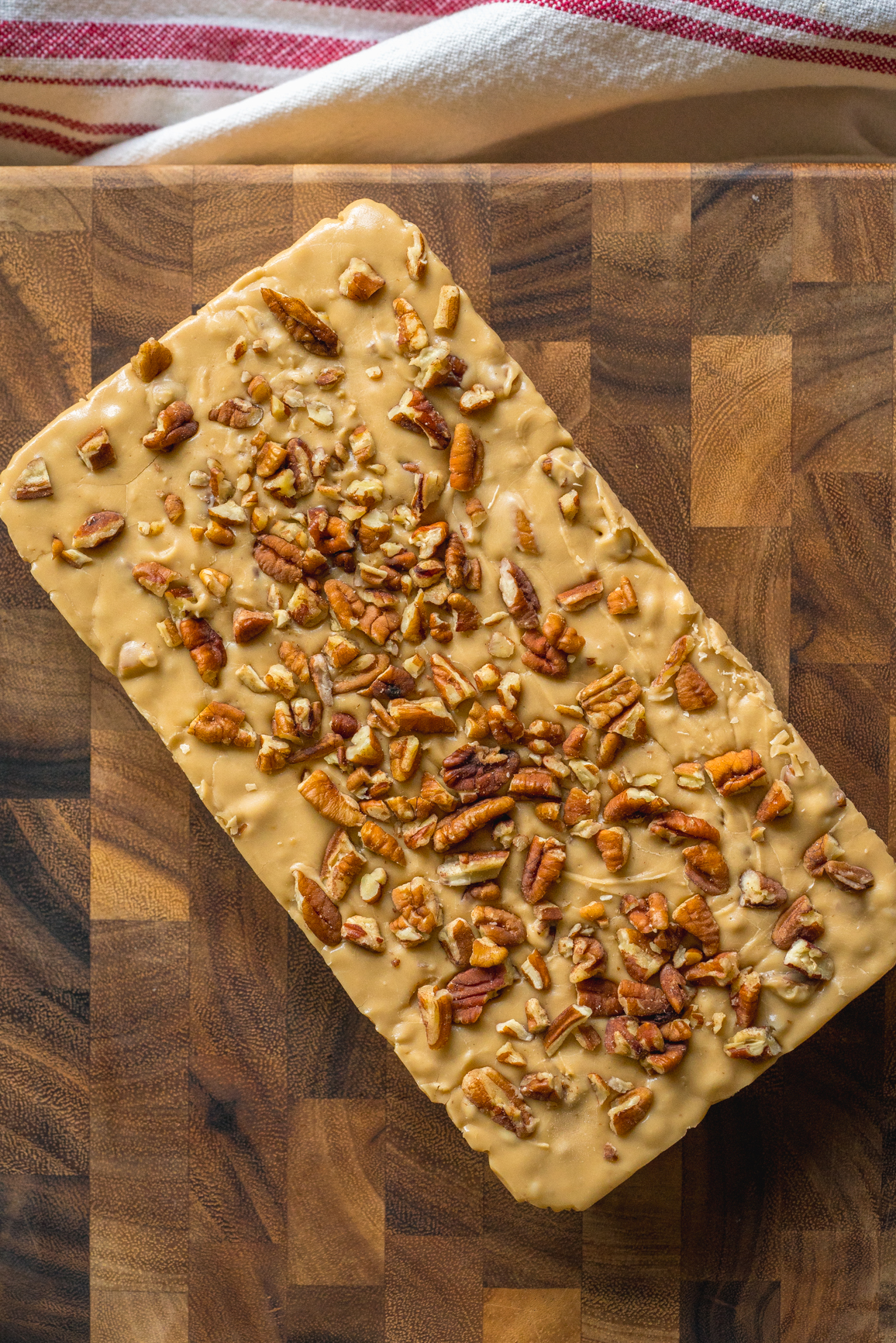 With slightly altered names and pronunciations of the name based on where it’s being made, it also makes sense that there are different ways to make penuche, with tweaks and edits made to the amount of brown sugar, whether you use milk or evaporated milk, or if you choose to add nuts or not. 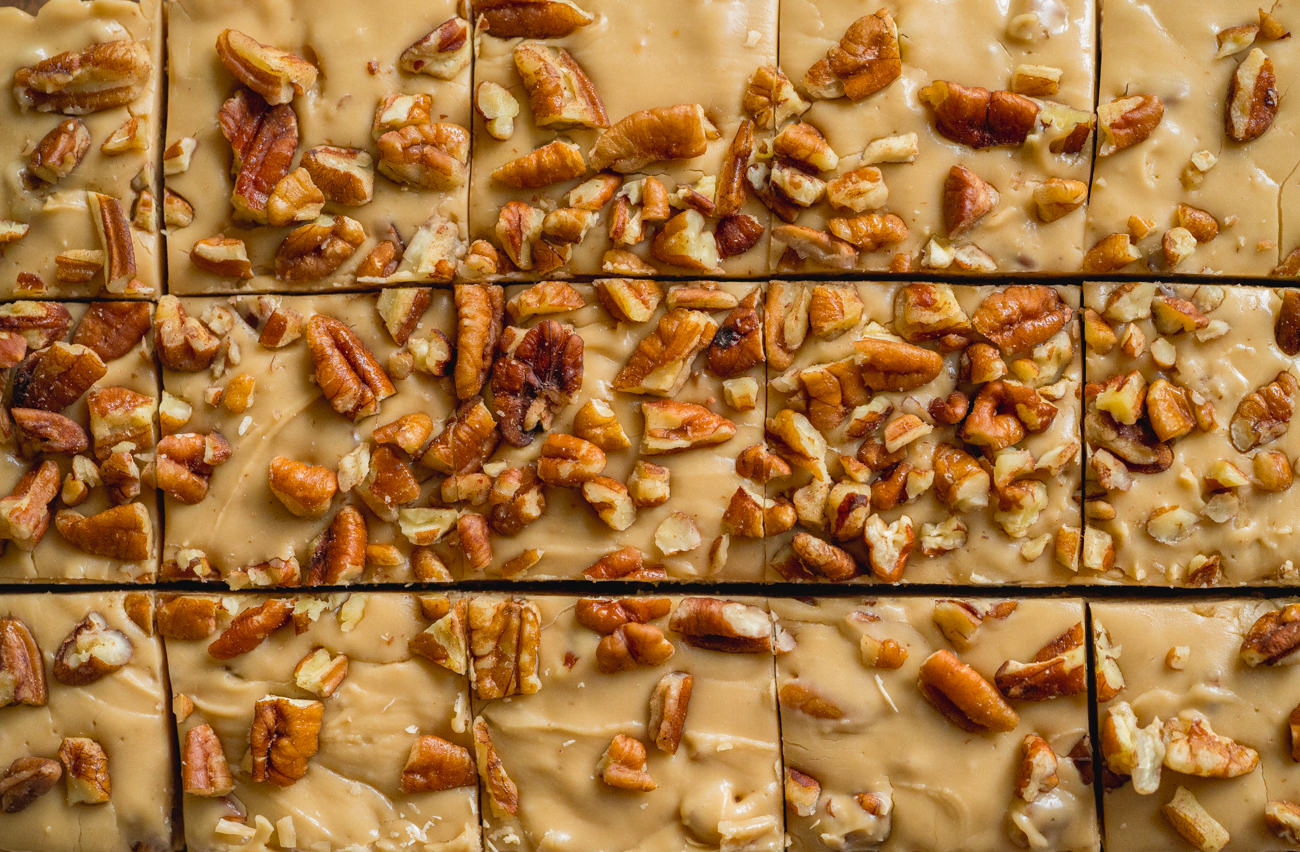 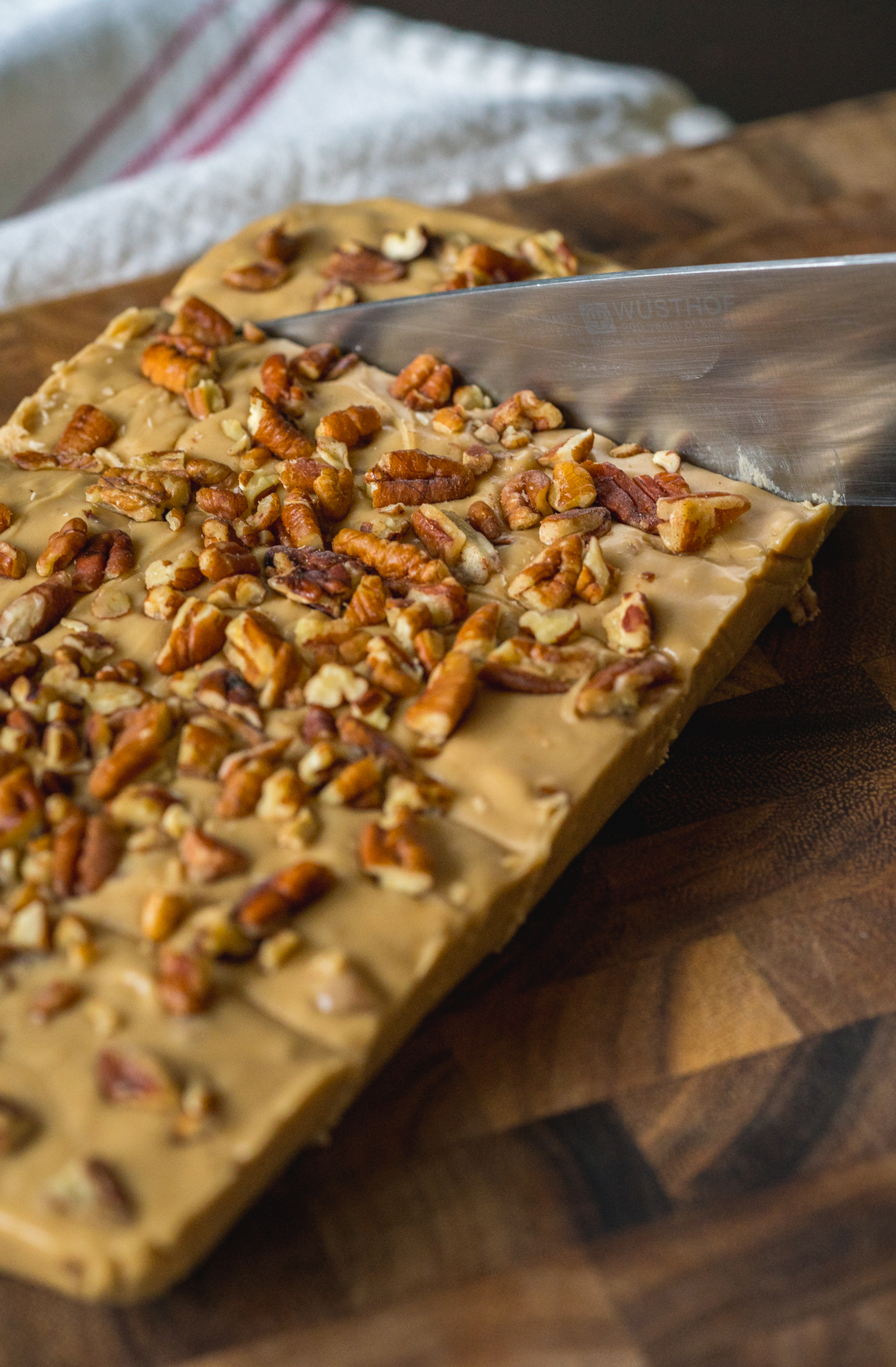 There’s no wrong way to make this stuff, so we went with a simplified version that doesn’t require a candy thermometer – yes! – and that sets up quickly in the fridge. We used a combination of brown sugar and powdered sugar, liking not only the flavor of the two, but because the powdered sugar acts as a bit of a thickening agent that helps the whole thing set up. 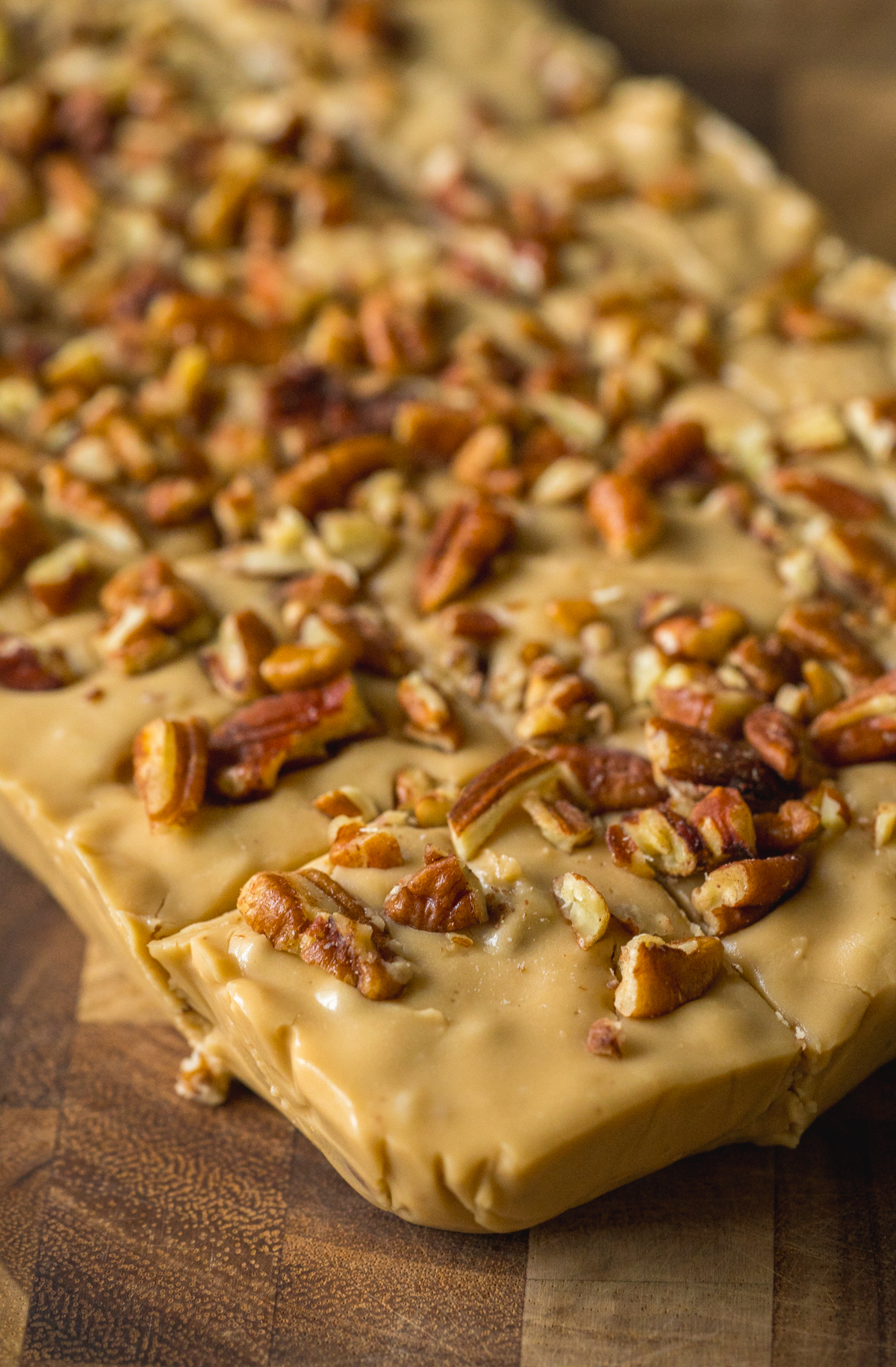 We ended up adding pecans to ours, on top and throughout the mixture, for some added flavor and crunch, and they also help keep our penuche from being cloying (along with that crucial quarter teaspoon of salt). Give regular fudge a break and try out penuche this holiday season. 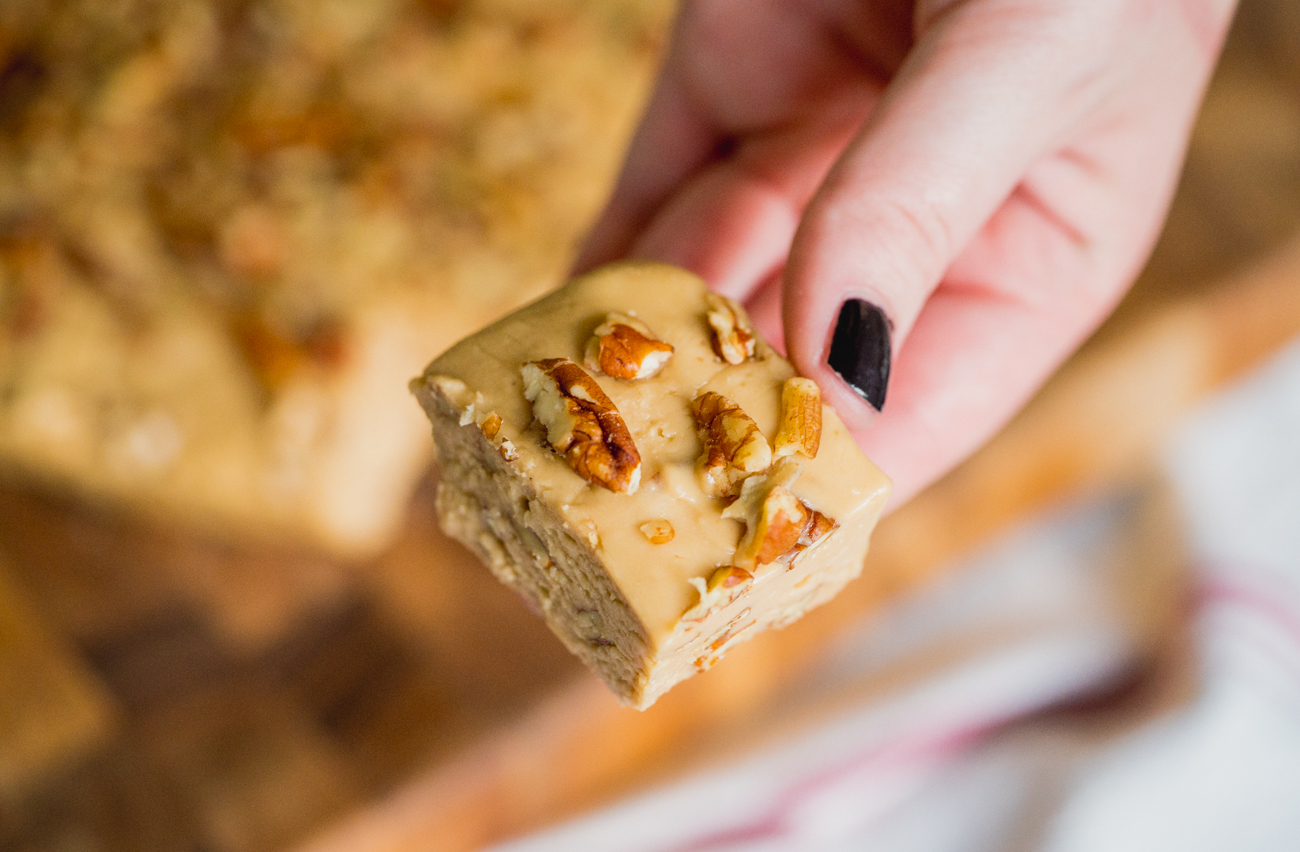 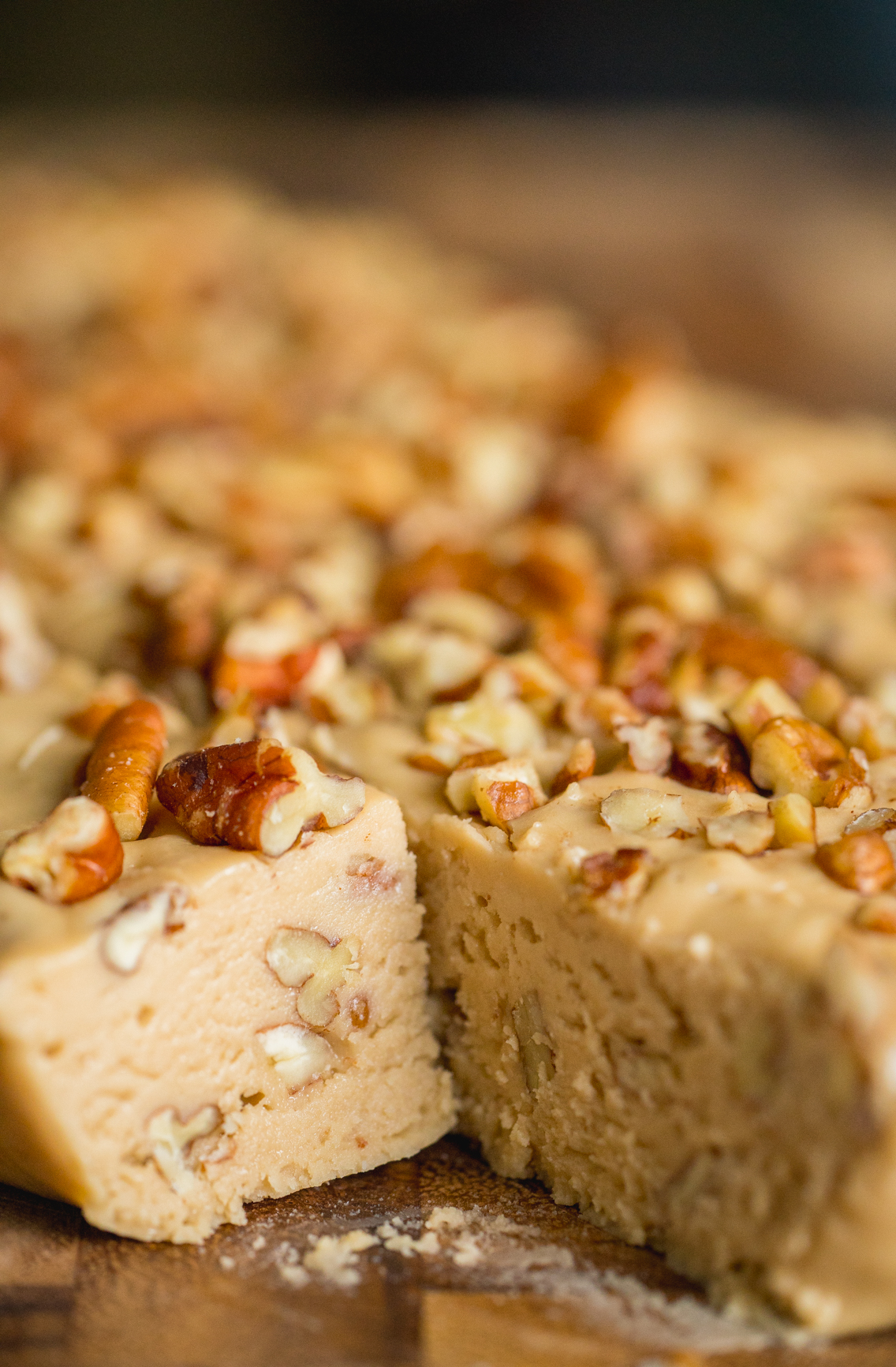 It’s sort of like a fudge-caramel hybrid and we really love the flavor. In fact, we’ve had to have the stuff hidden so we don’t scarf all of it down! You’ve been warned: it’s addictively yummy and such a nice alternative to all the fudges we’ve made before. 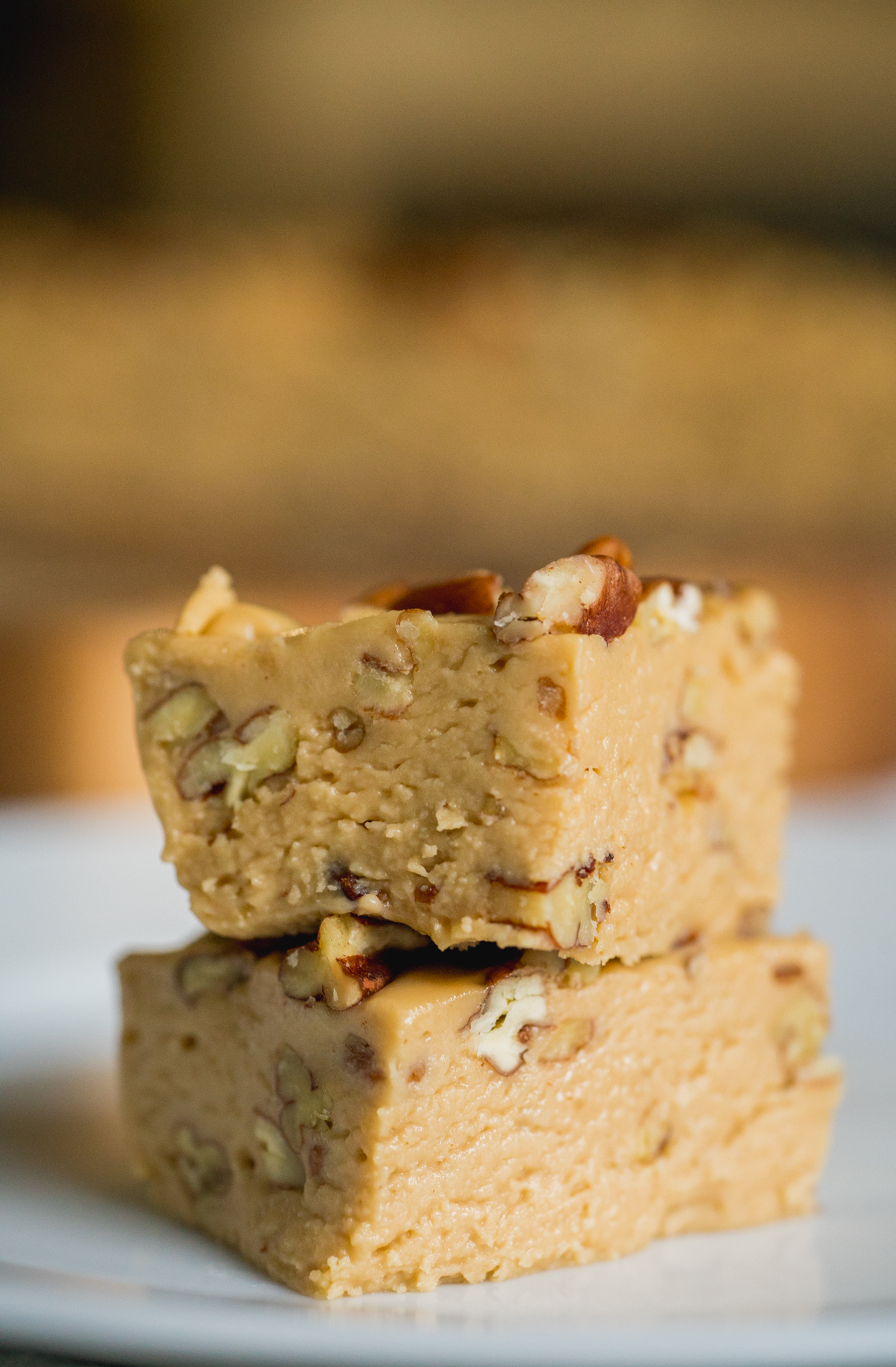