The Peanut Butter Pump Fits Onto Any Store-Bought Jar

Peanut butter is one of those spreads that makes everything better: On bread, on celery, and inside chocolate candy. The salty and sweet delicacy has one flaw…The design of the jar makes it a slow process when you want peanut butter ASAP. Thankfully, an Indiegogo campaign solves that problem.

Created by Andy Scherer, the peanut butter pump was designed in 2017 and launched as a crowdfunding campaign in February with the goal of getting distribution this year. 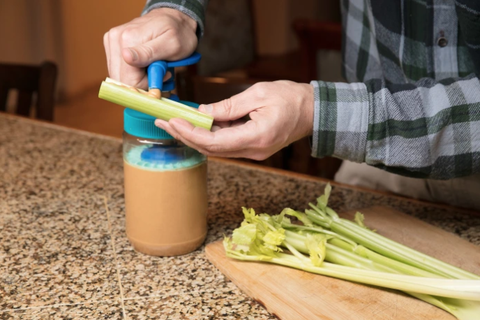 The father of five designed the pump to fit most 40-ounce peanut butter jars. You screw it on the jar in place of the standard lid and pump away.

The pump was carefully designed to scrape the sides of the jar as you use it, so by the time the jar is empty, the insides are nice and clean. GENIUS! 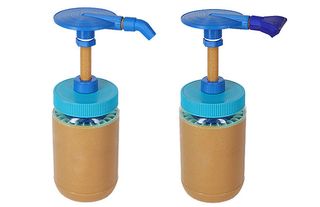 There are two different nozzles: The stream-style nozzle, meant for snacks and smoothies, and the ribbon nozzle, best for sandwiches.

Check out the project on Indiegogo and learn more in the video below: