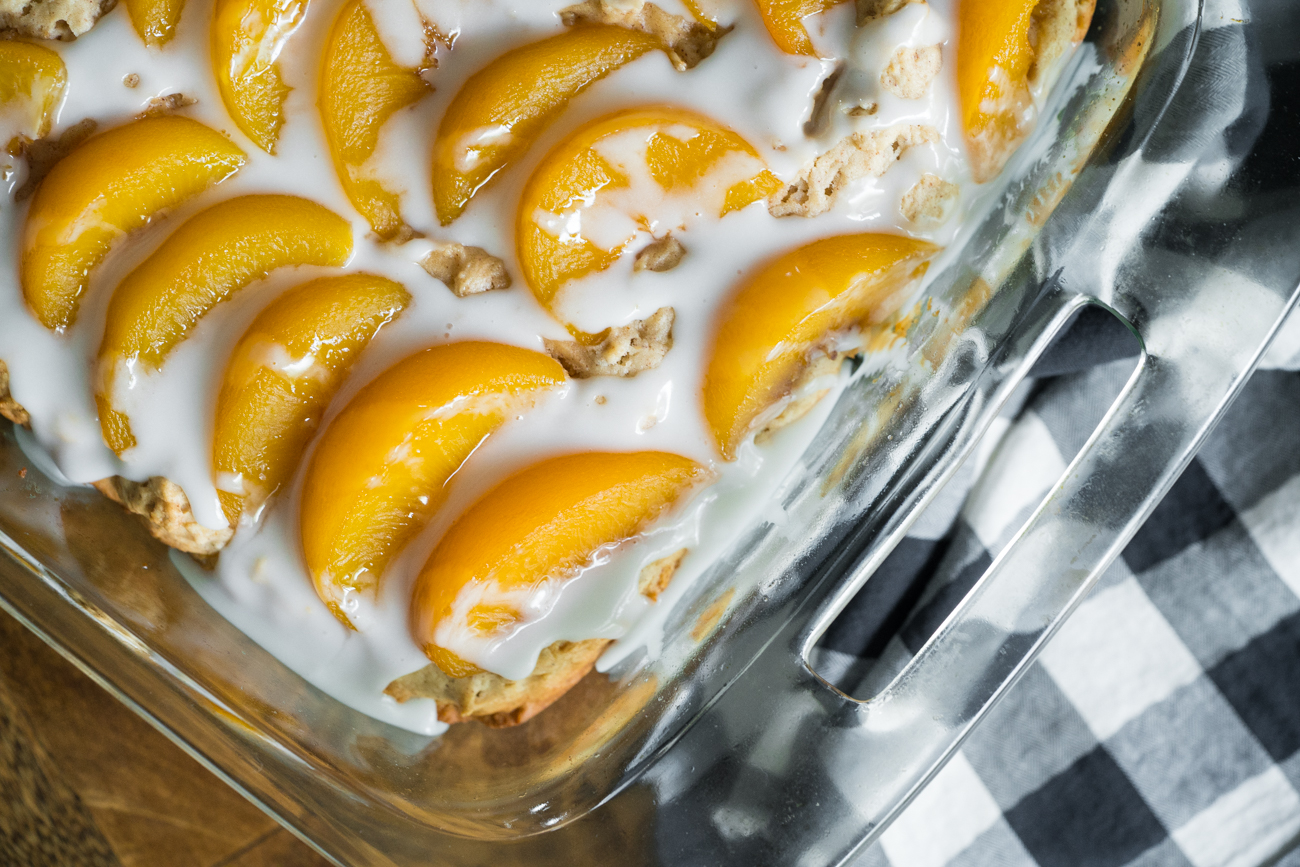 You know those times when you get an idea in your head for a recipe and you just can’t shake it? You’re thinking about this concept that you haven’t tried before and you know exactly how you want it to be, but not quite how to make it happen…this recipe was like that for us. We wanted a sweet, dense oatmeal cake that was rich in flavor without being too heavy – because, naturally, we wanted to top it all off with a hearty layer of peaches and a nice, thick glaze. Yummm. 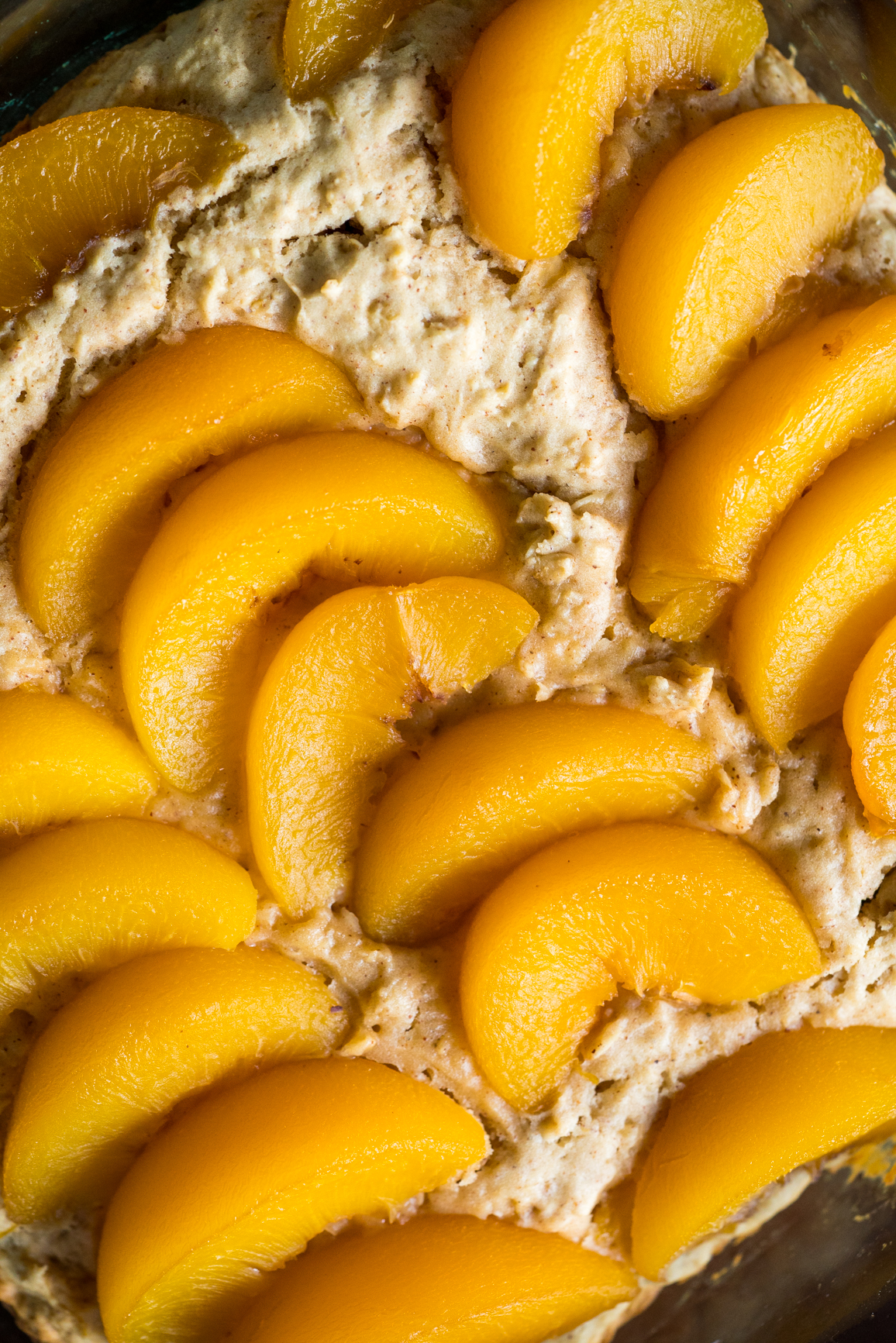 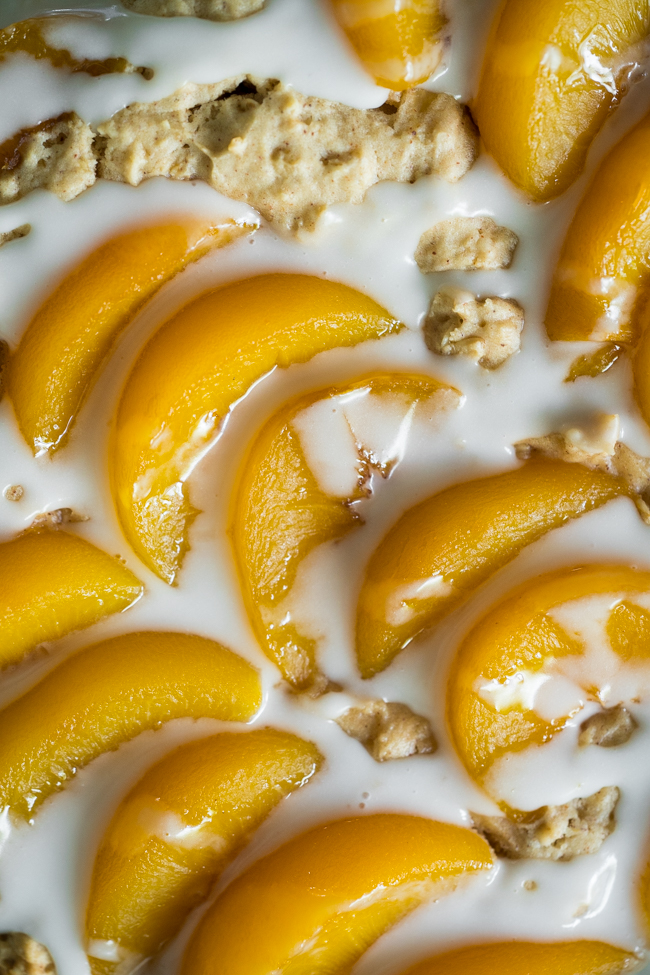 So we had the mental vision of what wanted to make, then it just became a matter of trying out recipes and tweaking them until we got it perfectly. That took a little time, but we’re so happy with what we ended up with! We used a mix of all-purpose flour and old-fashioned oats, which gave our cake its nice, dense structure, then we used brown sugar to make it a little richer and to round out the flavor – plus, that, along with the buttermilk keeps this cake nice and moist. Cinnamon, nutmeg and ginger are great additions to the batter, since they perfectly balance out the peaches that rest on top of the whole things. And, if it weren’t already clear, this cake looks just as amazing as it tastes! 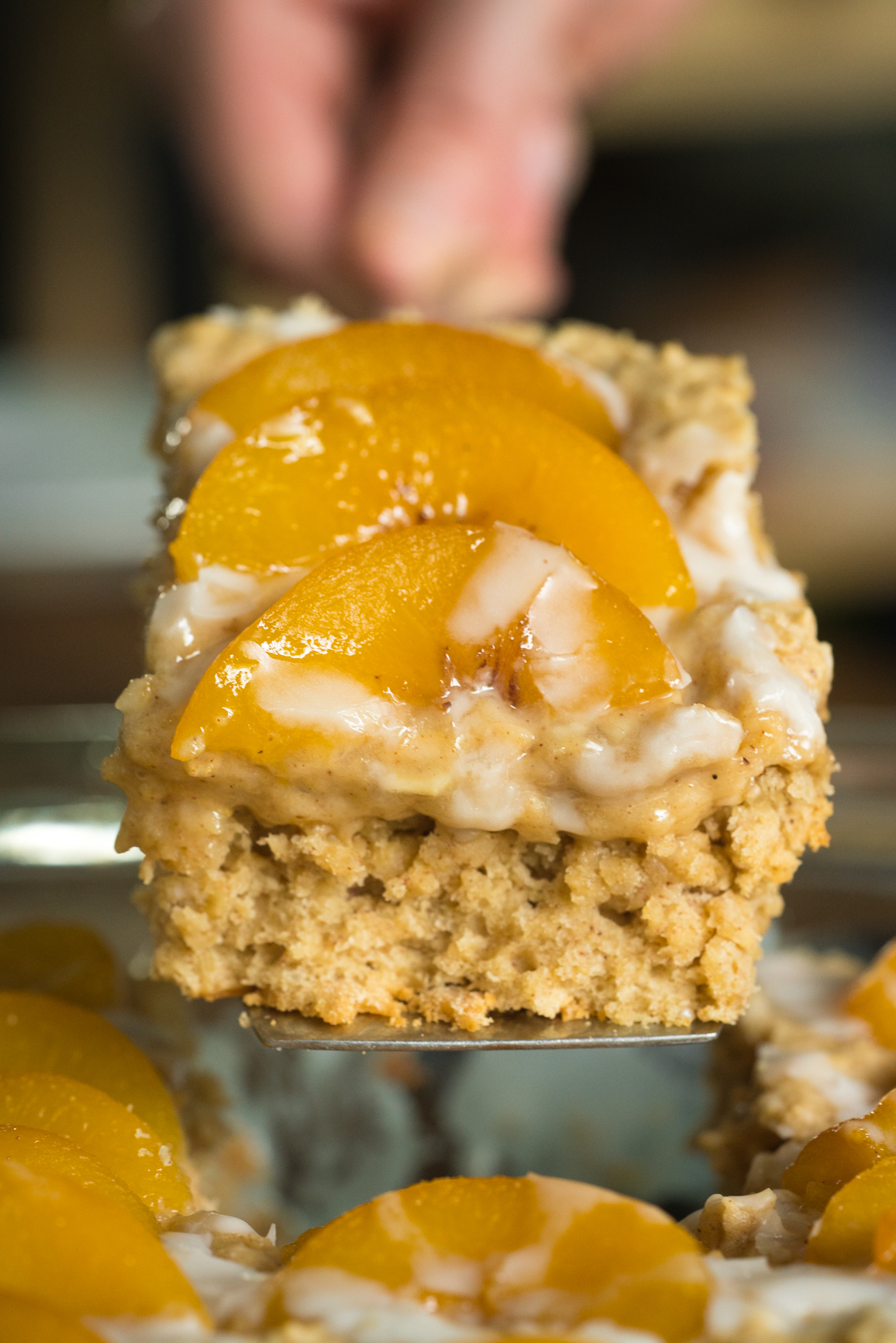 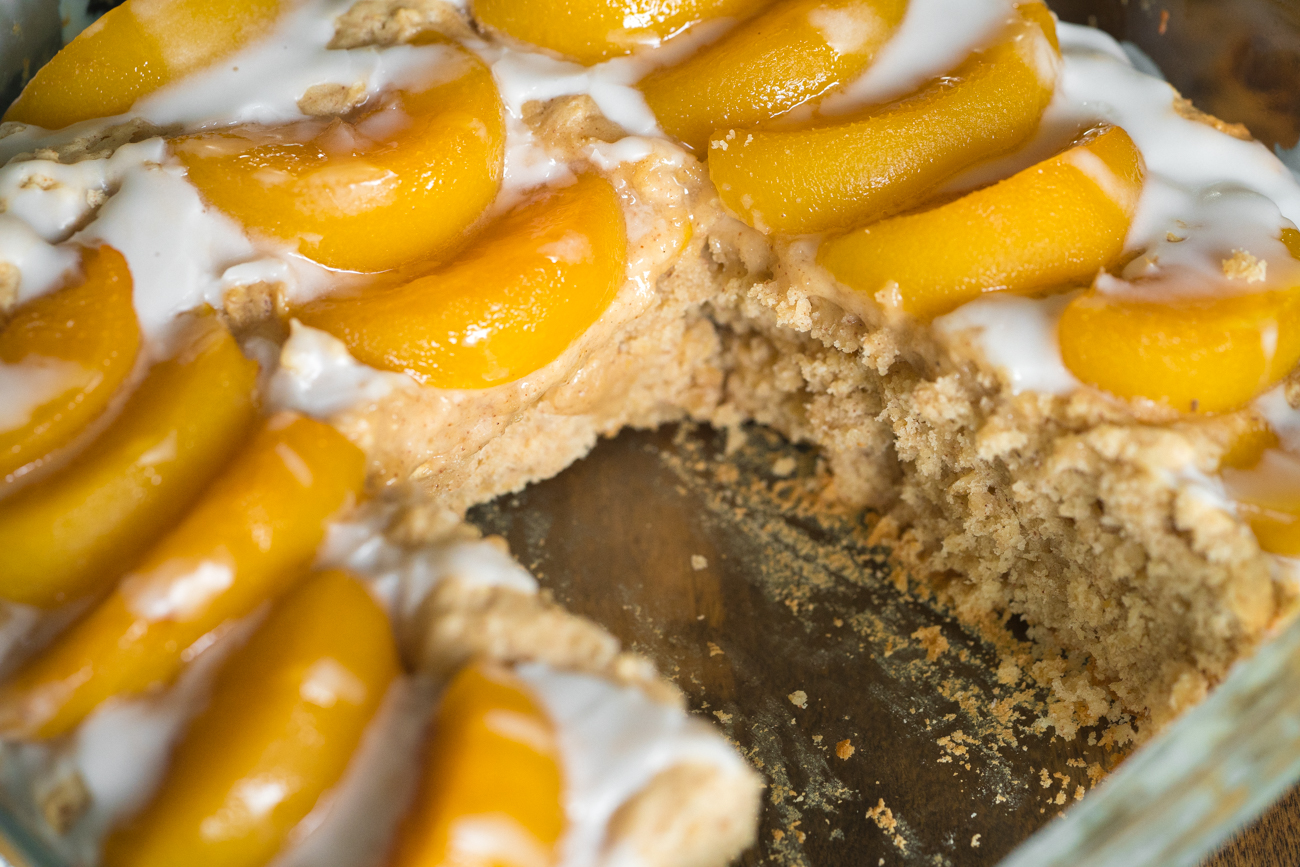 We love a dessert that looks way harder to make than it really is, and with all those peaches on top, plus the glaze, you’ve got a dish that everyone will fawn over, thinking you put way more effort into it than you really did. And if that’s what people think, that’s what they think – we’re not going to correct them! Dig into this bad boy and be amazed; the peaches brighten things up and add the best flavor that gets enhanced by the spices we put into the oatmeal cake batter…what’s not to love?? 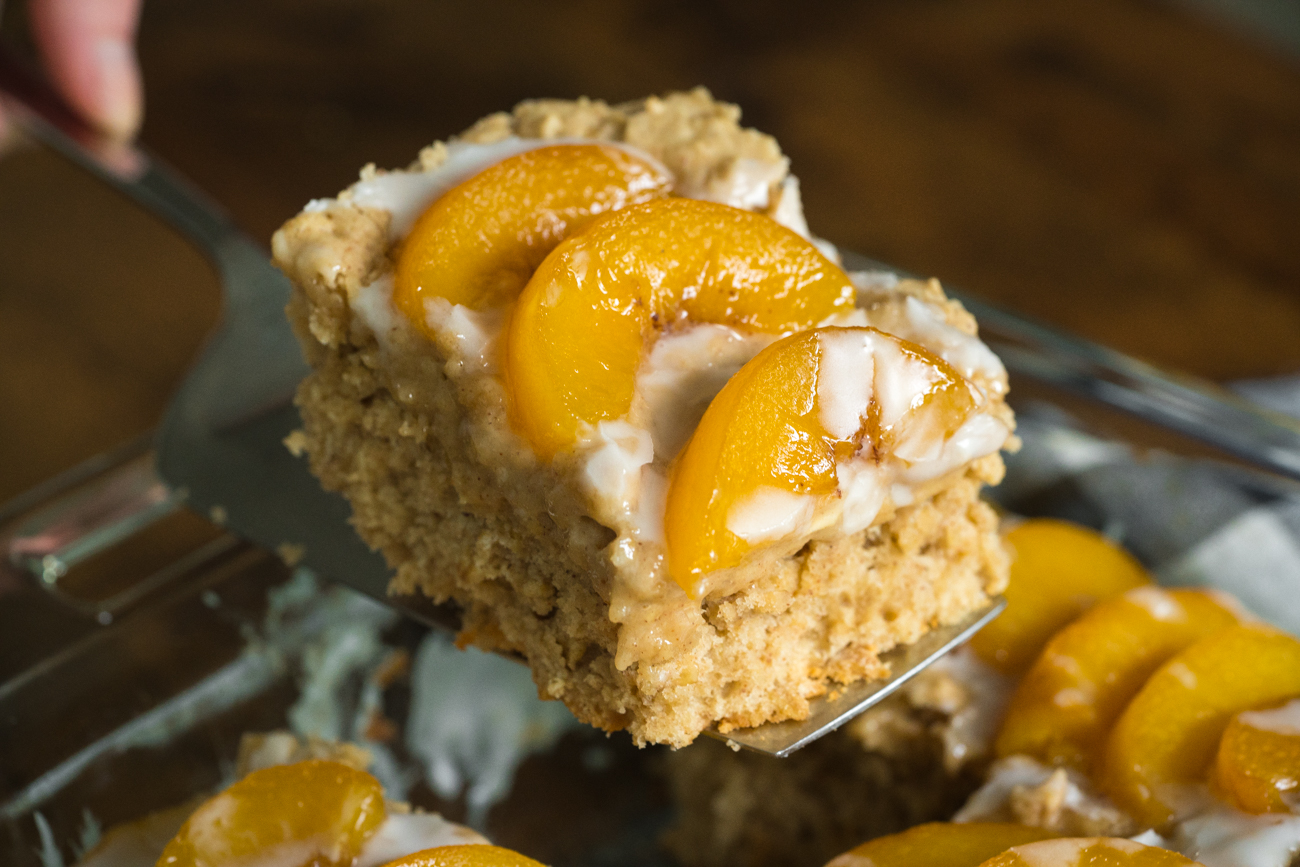 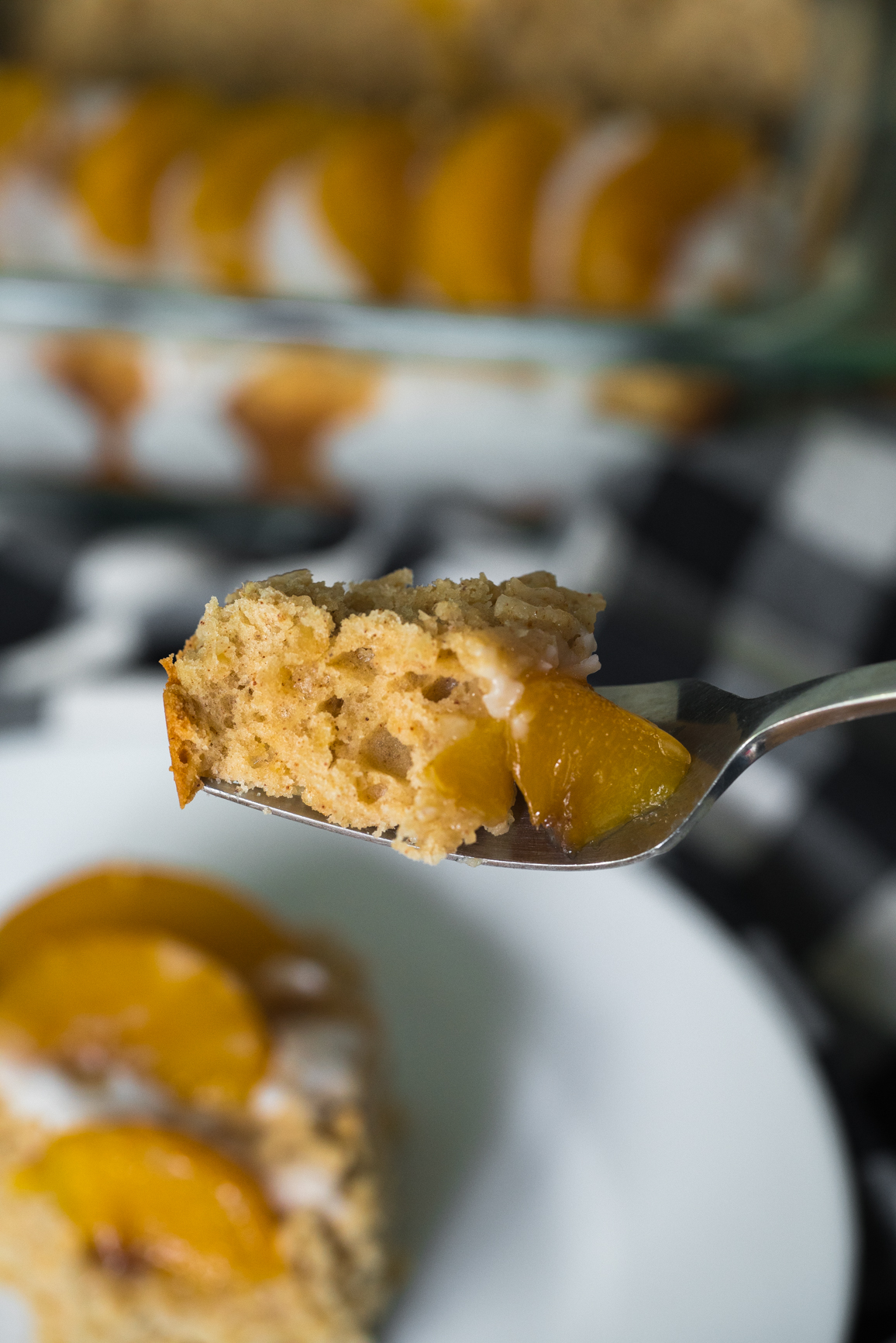 Recipe adapted from The Lemon Bowl