If you ever took a flight in the 1970s then you might remember a whole other class of service, one that is sorely lacking on today’s flights. A new service in North Hollywood aims to give people the lush experience that Pan Am customers would have received during flights back in the day, all without ever leaving the ground. 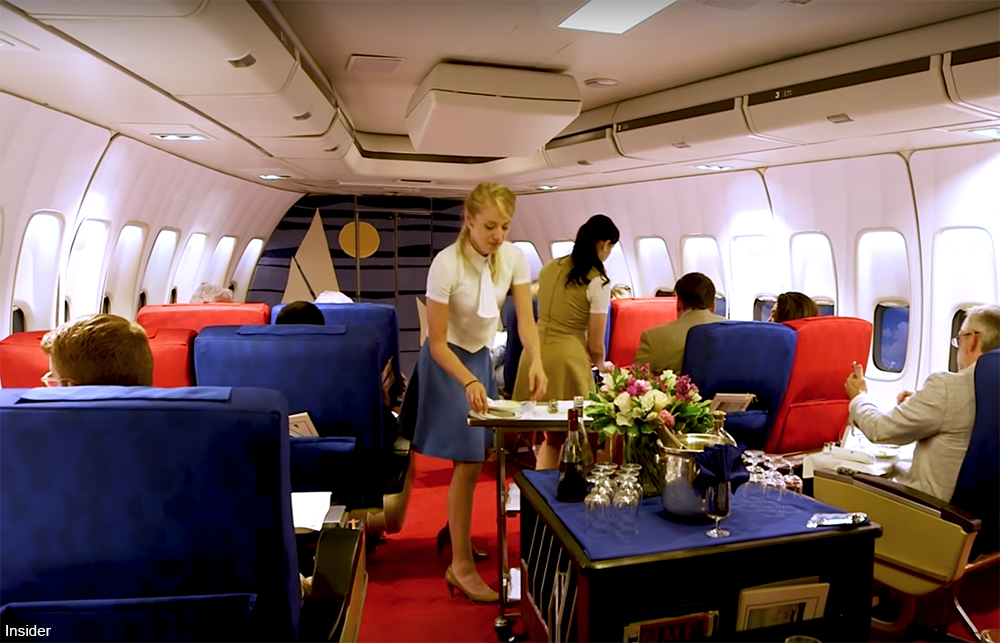 The Pan Am Experience at Air Hollywood is a unique enterprise that mixes dining and drinking with heavy doses of history and nostalgia. Clients get the full experience of flying in the 1970s from ticketing ’70s style to vintage Pan Am gear and history to the fine dining that was once common on many flights of yesteryear.

Cocktails are also in no short supply, as would have been true 40 years ago as well. The drinks on board are served in real glass and the food is served on ceramic dishes, harkening back to an era when flyers sat at proper tables to eat their in-flight meals. 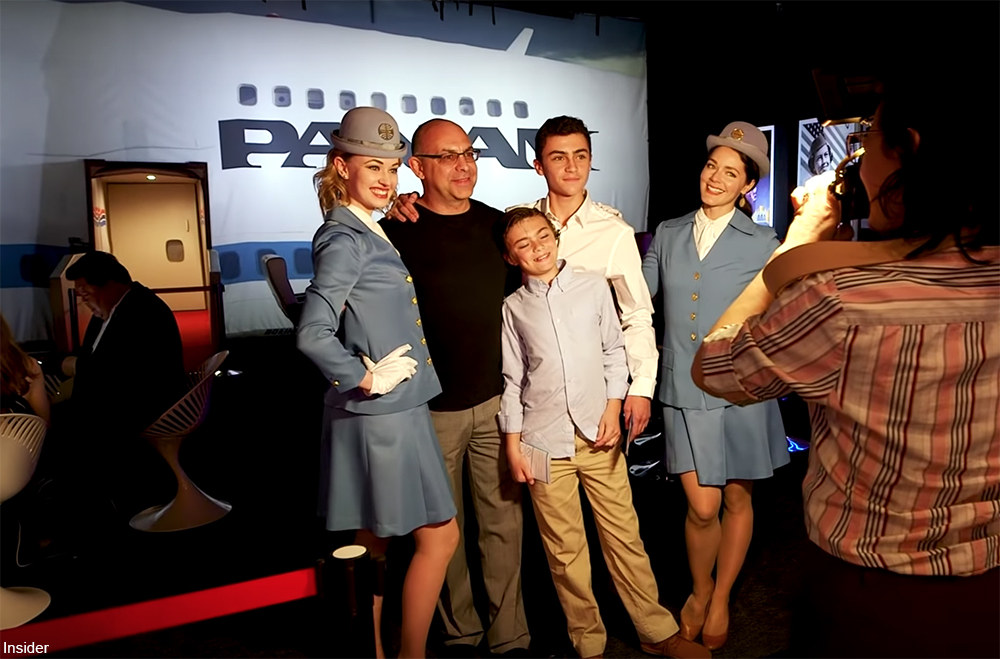 The Boeing 747 which houses the attraction was painstakingly moved by piece-by-piece by aeronautics enthusiast and co-founder of the Pan Am Experience, Anthony Toth. Inside the plane, customers get the ultimate experience in style. Included in the experience are menus from the era, recreating the actual meals that were served aboard Pan Am flights. 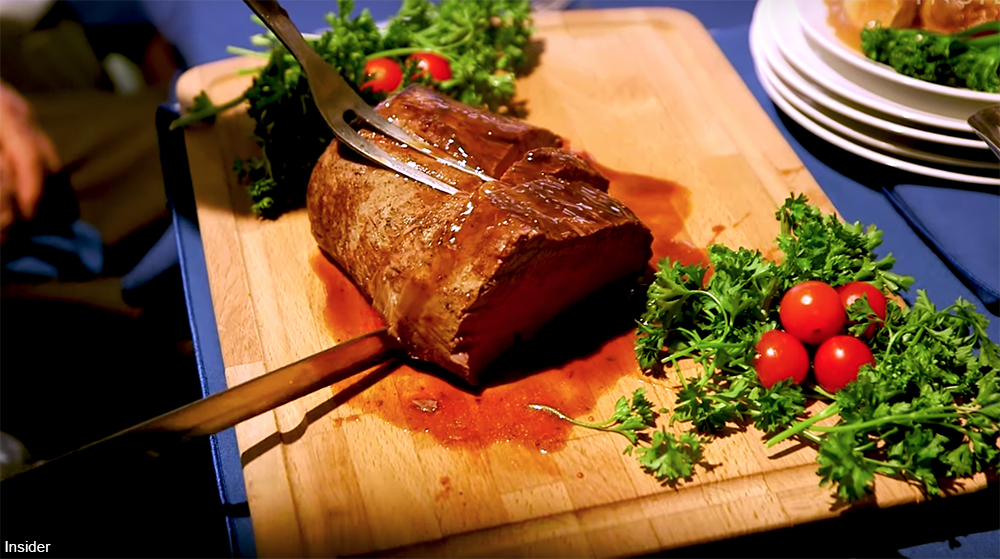 The history doesn’t end there because customers will also get to see a fashion show of the uniforms Pan Am used during the 1970s, as well as a nostalgic perfume exhibit of popular fragrances from the era which one could imagine filling the cabin on packed flight. Some familiar fragrances featured are Jean Naté, Gloria Vanderbilt, Skin Bracer, Old Spice original, and Love’s Baby Soft. 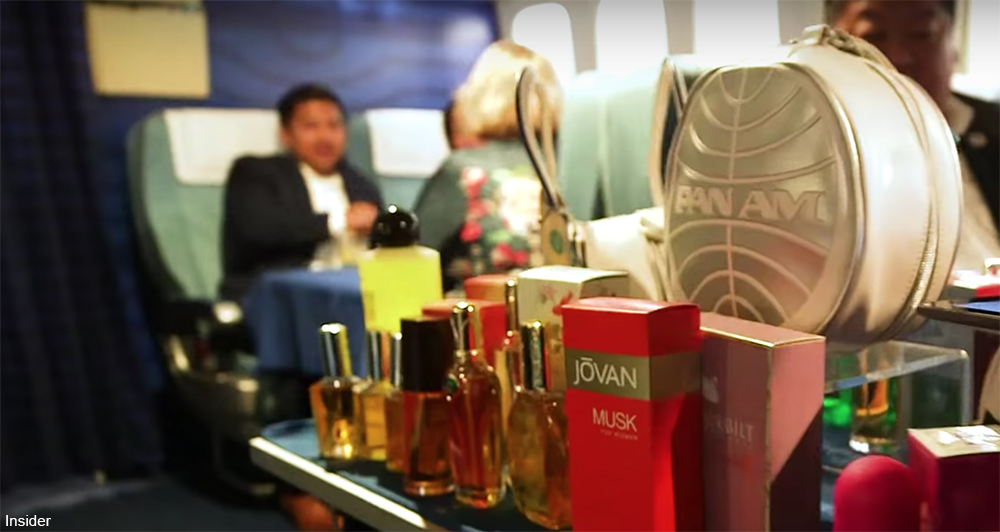 The price for all this is not cheap at $275-$425, but it includes an open bar and there’s absolutely no tipping allowed. At any rate it is certainly cheaper than a first class flight costs today.

Pan Am gained notoriety in the 1950s, but was in operation from 1927 until 1991. The company’s name as well as their familiar globe logo became known the world over as representing a certain level of distinction in air travel. But, for those born too late the concept of a first class flight (or “clipper class” as Pan Am called it) was nothing more than a legend.

Nowadays, customers can get a taste of what it was like to fly back in the day. Have a look at what the Pan Am Experience is like in the video below.