We all want to enjoy our homes as much as possible and when the weather is nice, this could mean moving to the outdoors. If you want to make the most of your outdoor living, then you should turn your attention to what one man did in Sheffield. He decided to build his own backyard bar out of wooden pallets.

It sounds tacky, but just wait until you see his creation!

Paul Nowak is a hobbyist who enjoys woodworking. He assembled a load of pallets and anything else that he could get his hands on from a friend who owns a pub and came up with this creation. 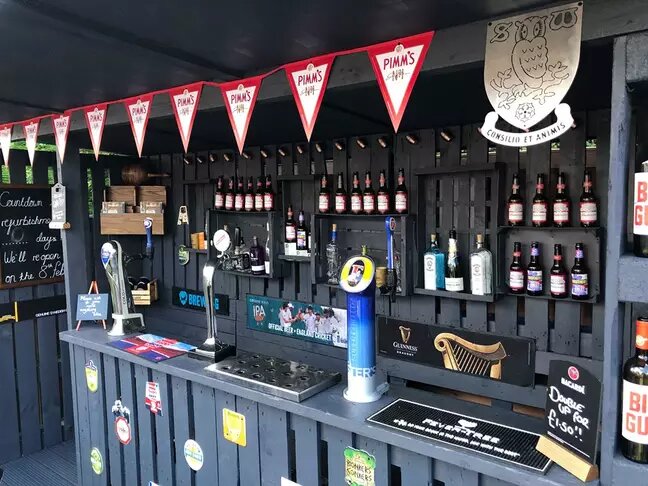 When the weather is nice outside, he is going to love sharing this creation with his friends and family. Here is more information as to how he was able to pull it off.

He told LADbible: “It took me a couple of days after I got all the stuff I needed to knock it together. I’ve always liked woodwork, I should have done it when I left school but I never did.

“I’d put down some decking in the garden and I’ve always wanted a bar in the garden so I got some pallets and knocked it together.” 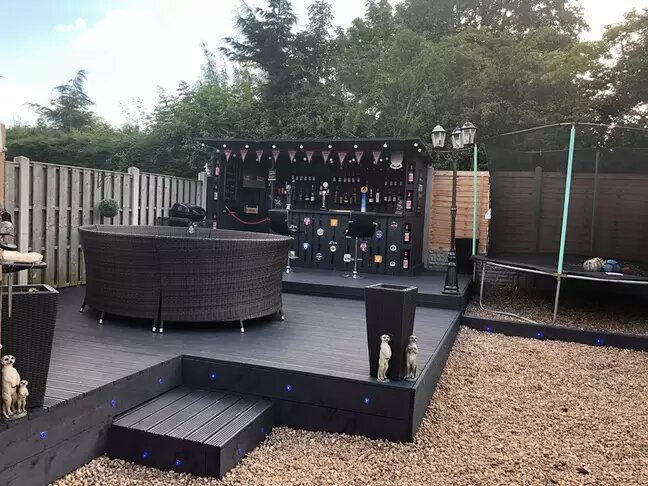 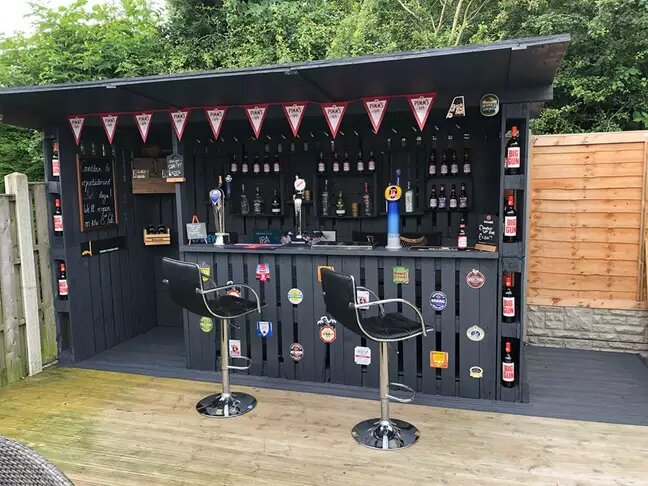 When you look at what he created, it doesn’t seem all that ‘knocked together’. It actually seems like a wonderful place to enjoy your summer and not have the stress of doing so at a pub.

Incidentally, he hasn’t named the bar yet so you may want to give him some suggestions. ‘The Voyage’ is one option he has considered but we think he could probably do better.

In the back of the bar, you will find plenty of beer, spirits, and wine. The pumps are not working as of yet but once they are wired in, the beer will be flowing. 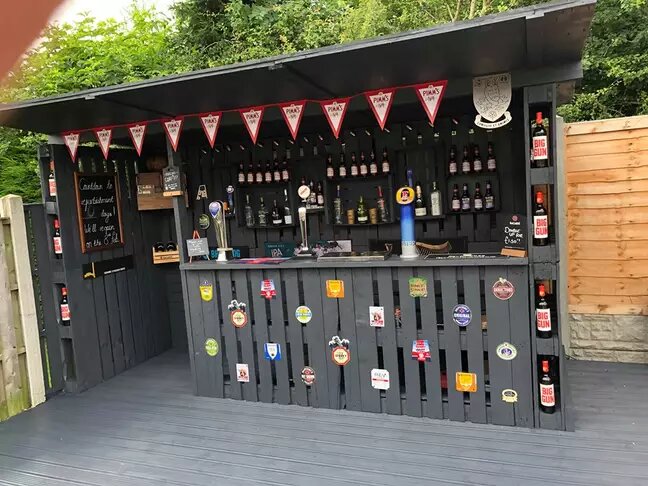 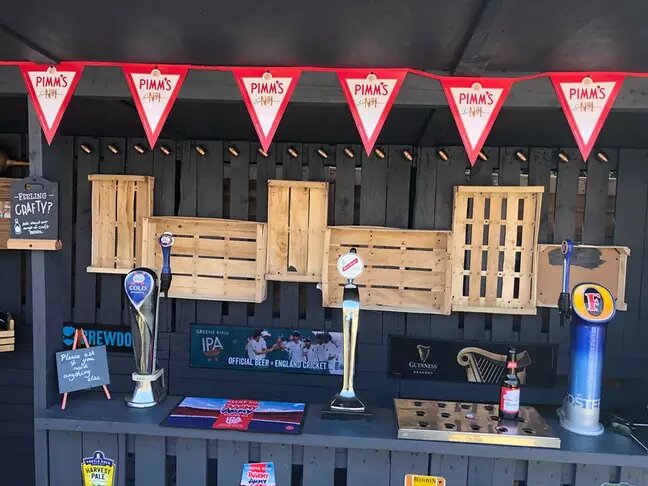 There is a refrigerator on hand, however, to serve up some cold beers until the taps are flowing.

“I’ll certainly be out there this evening,” said Paul.