This Inflatable Camper Sleeps Six People And Has A ‘Luxury Lounge’

Who doesn’t love to sleep outside beneath the stars? There is something about that type of experience that simply cannot be duplicated. However, there are definitely some readers who do not look forward to camping trips. To them, the idea of sleeping on the grounds is too much to fathom.

As the old joke goes, why would anyone work hard all week, just to pretend to be homeless on the weekends? Joke aside, even the camping skeptics out there are going to want to learn more about the Opus On-Road folding camper. 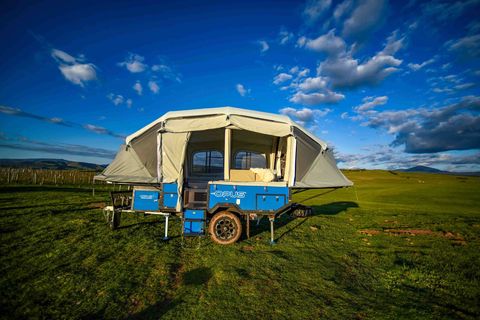 The pop-up camper can easily be attached to your SUV and features two fixed double beds made for sleeping, with another one that is meant to be used as an area for eating.

With the glampers in mind, there’s also an indoor kitchen and a luxury lounge to chill out in. 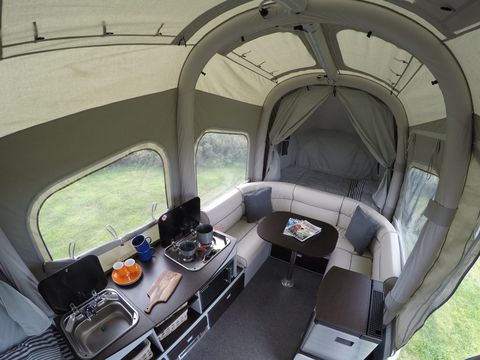 According to Apartment Therapy, you can buy the inflatable camper at retailers nationwide for around $18,000.