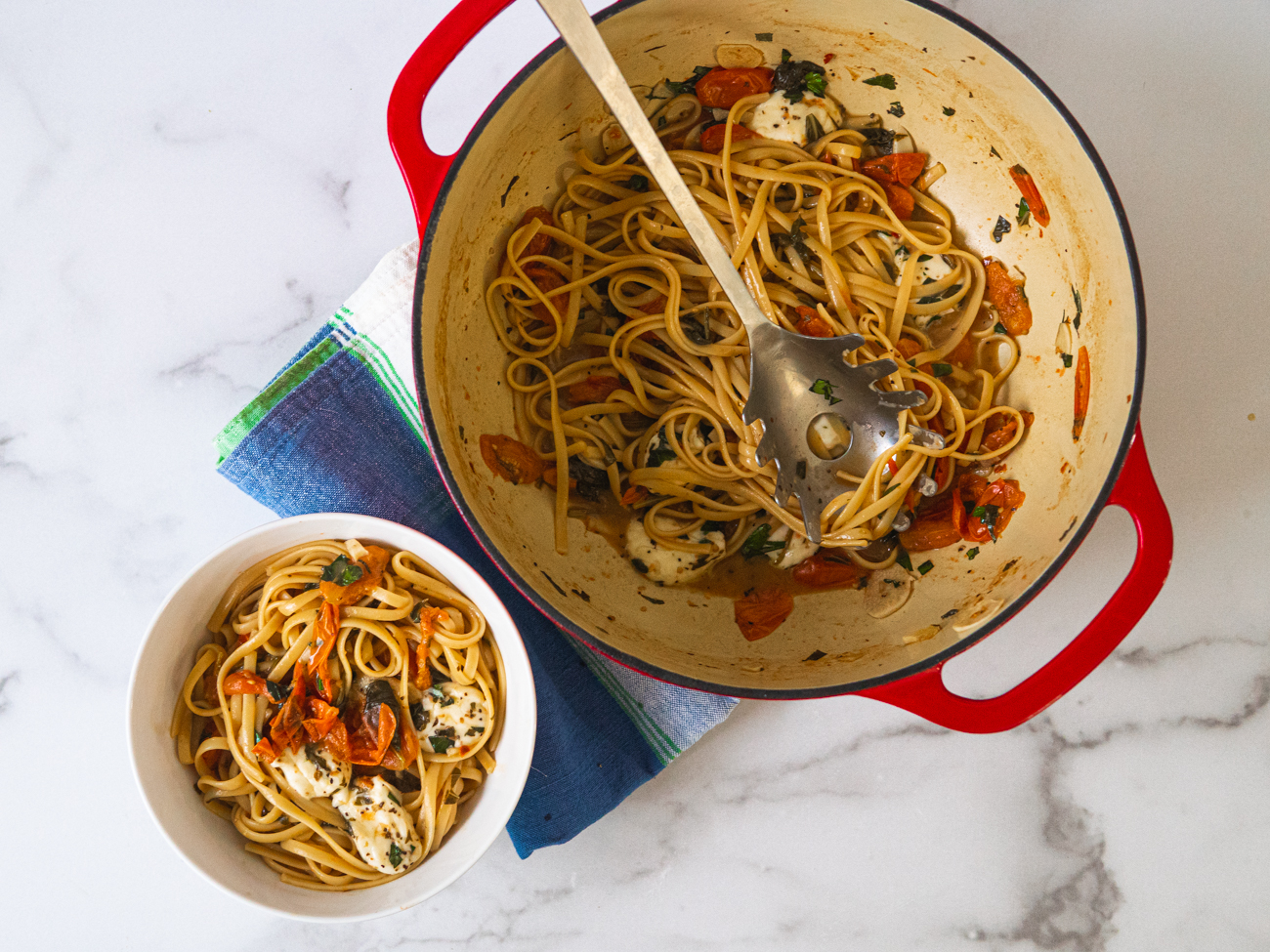 How does dinner in fifteen minutes sound? How about if it’s a delicious pasta with layers of flavor that’s made entirely in one pot? Even better! Our One Pot Caprese Pasta is all of those things and more. With tender linguine, fresh mozzarella, basil, and a touch of balsamic, it’s like a comforting carby version of a great caprese salad. But it has a few other tricks up its sleeve (and it couldn’t be easier to make). 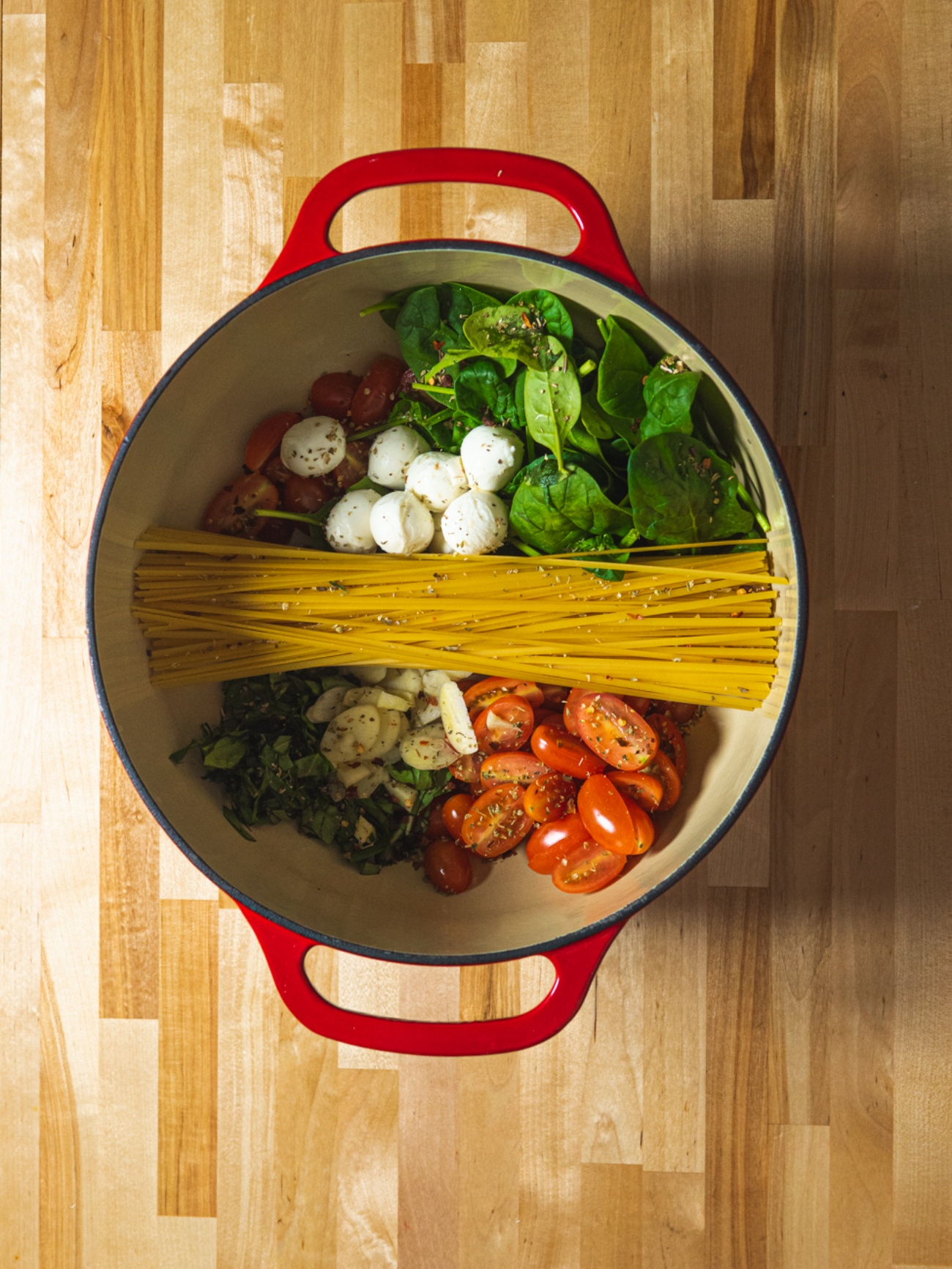 A “one pot” pasta is a dish where you actually cook the pasta in what will later become the sauce. This is great for a few reasons. One, it means you’re only going to have one dish to wash. Two, the pasta actually absorbs some of the flavor from the cooking liquid and other ingredients around it. Three, it only takes as long to make as it takes to cook the pasta. There’s no extra sauce to make after or anything! 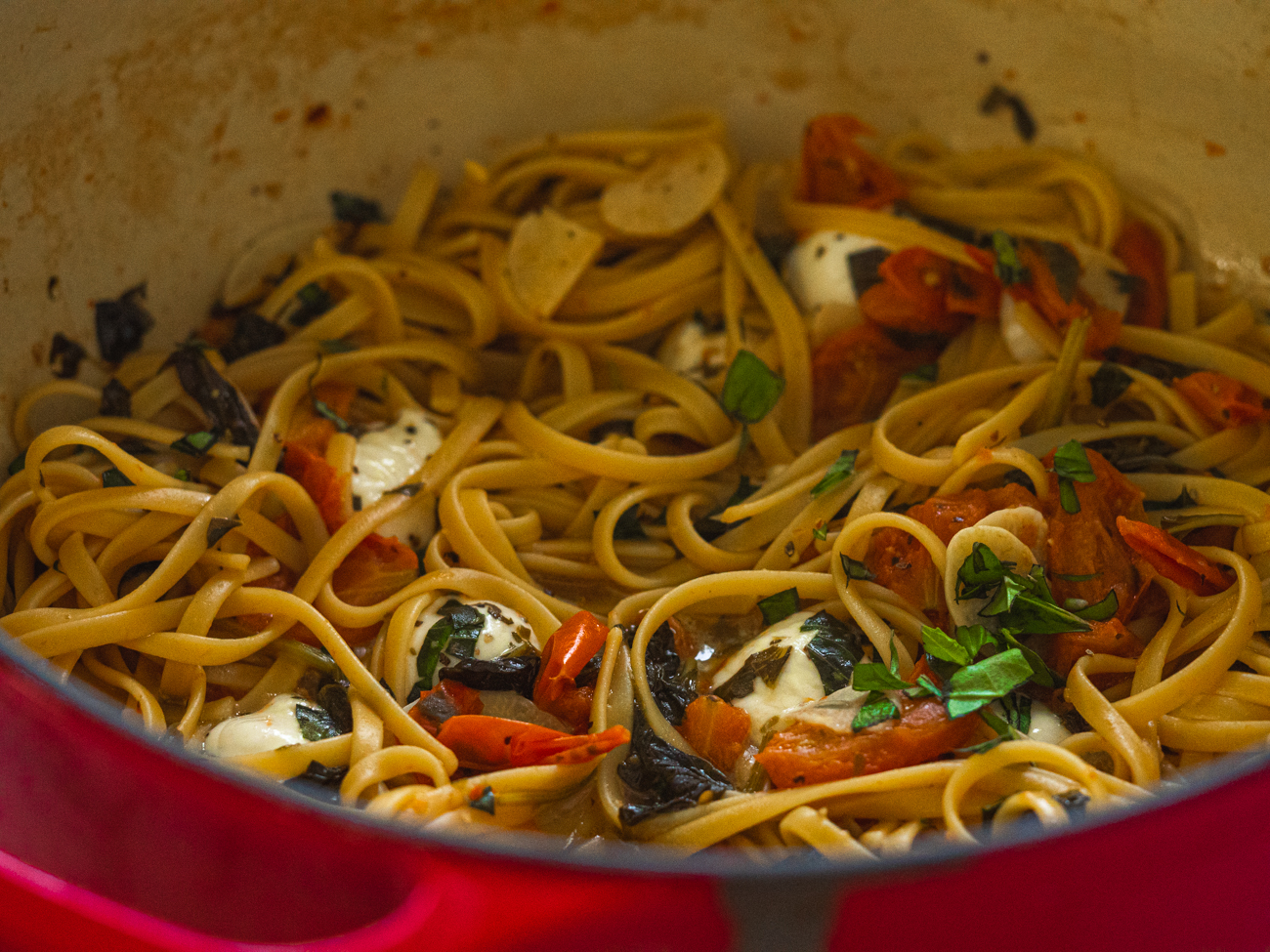 In this case, linguine simmers in chicken broth along with some fresh tomatoes, spinach, garlic, basil, oregano, and red pepper flake. A few more ingredients than your traditional caprese, but it’s well worth it. The basic caprese trio is still the star of the show. 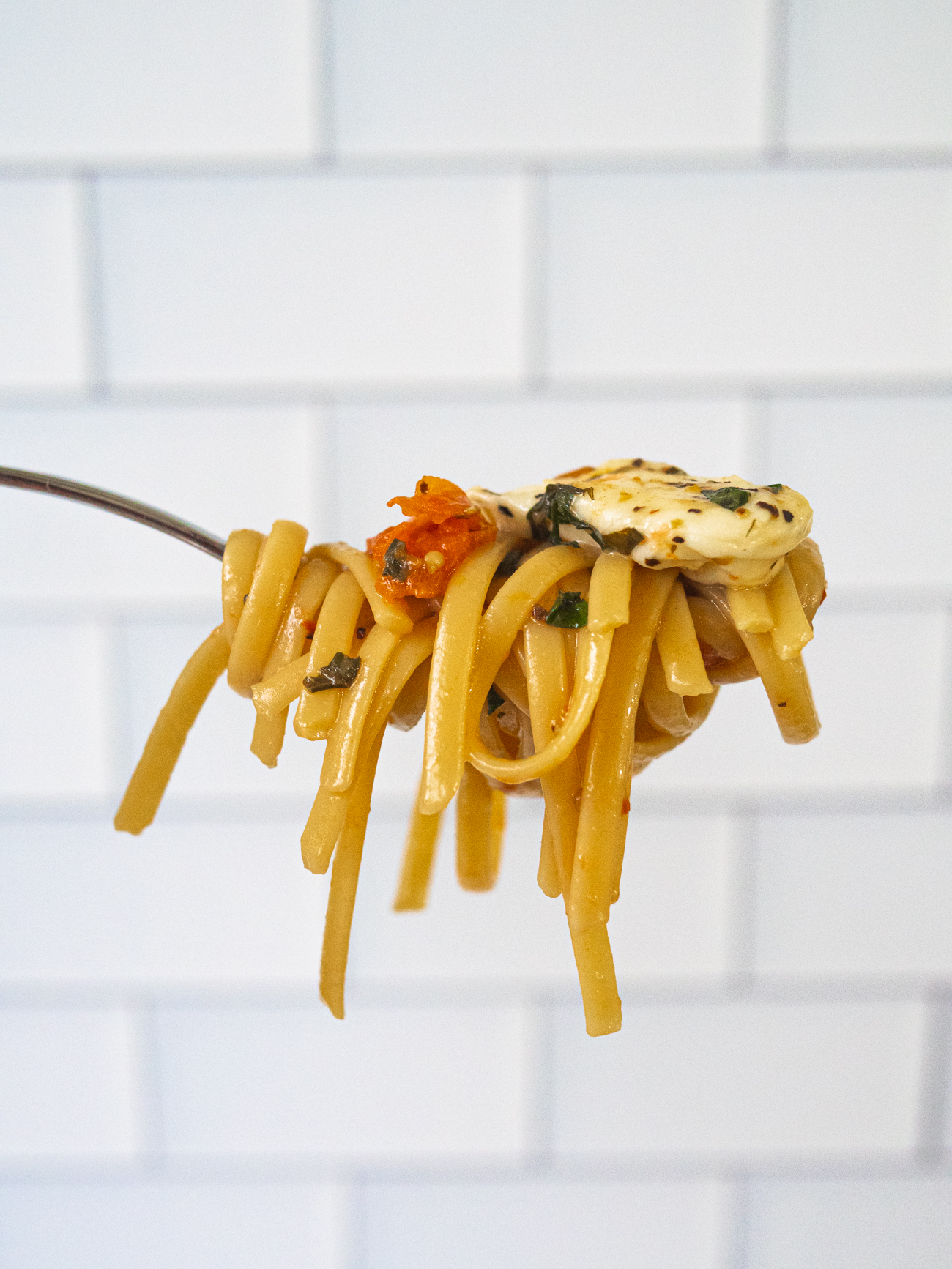 Once the pasta is beautifully tender, you remove the pot from the heat and stir in some fresh mozzarella, more bright basil, and a drizzle of balsamic vinegar. Bocconcini – those cute, little balls of mozzarella – are perfect for this dish, but if you can’t find them, you can simply slice up a round of mozz. 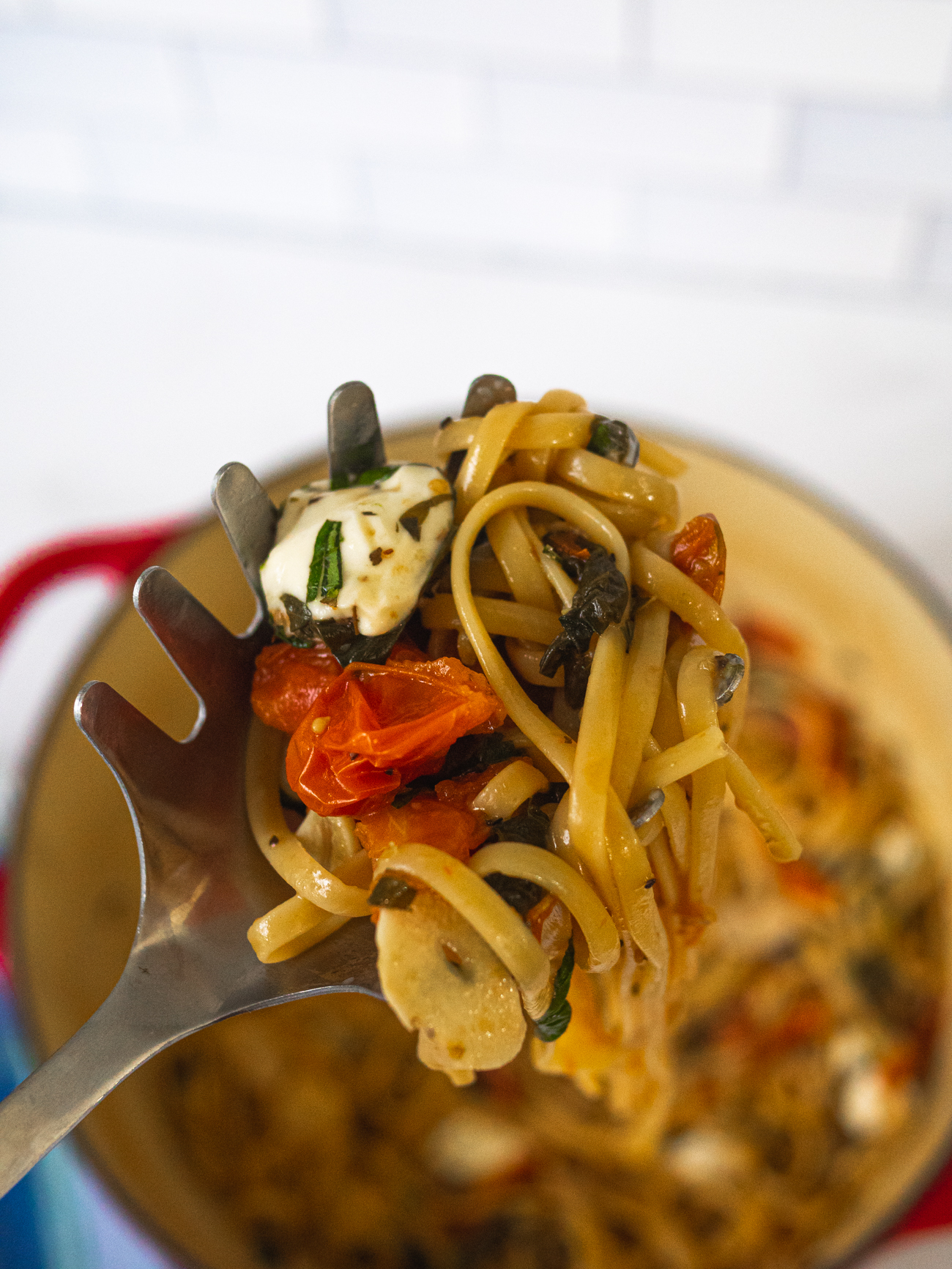 The cheese softens a bit, and the tomatoes burst and cast their flavor throughout the dish. Imagine if you could take the flavors of a caprese and instead make them warm and comforting. With this one pot pasta dish, that’s just what you get to do. And it doesn’t hurt that it takes just as long as it would to boil the noodles! 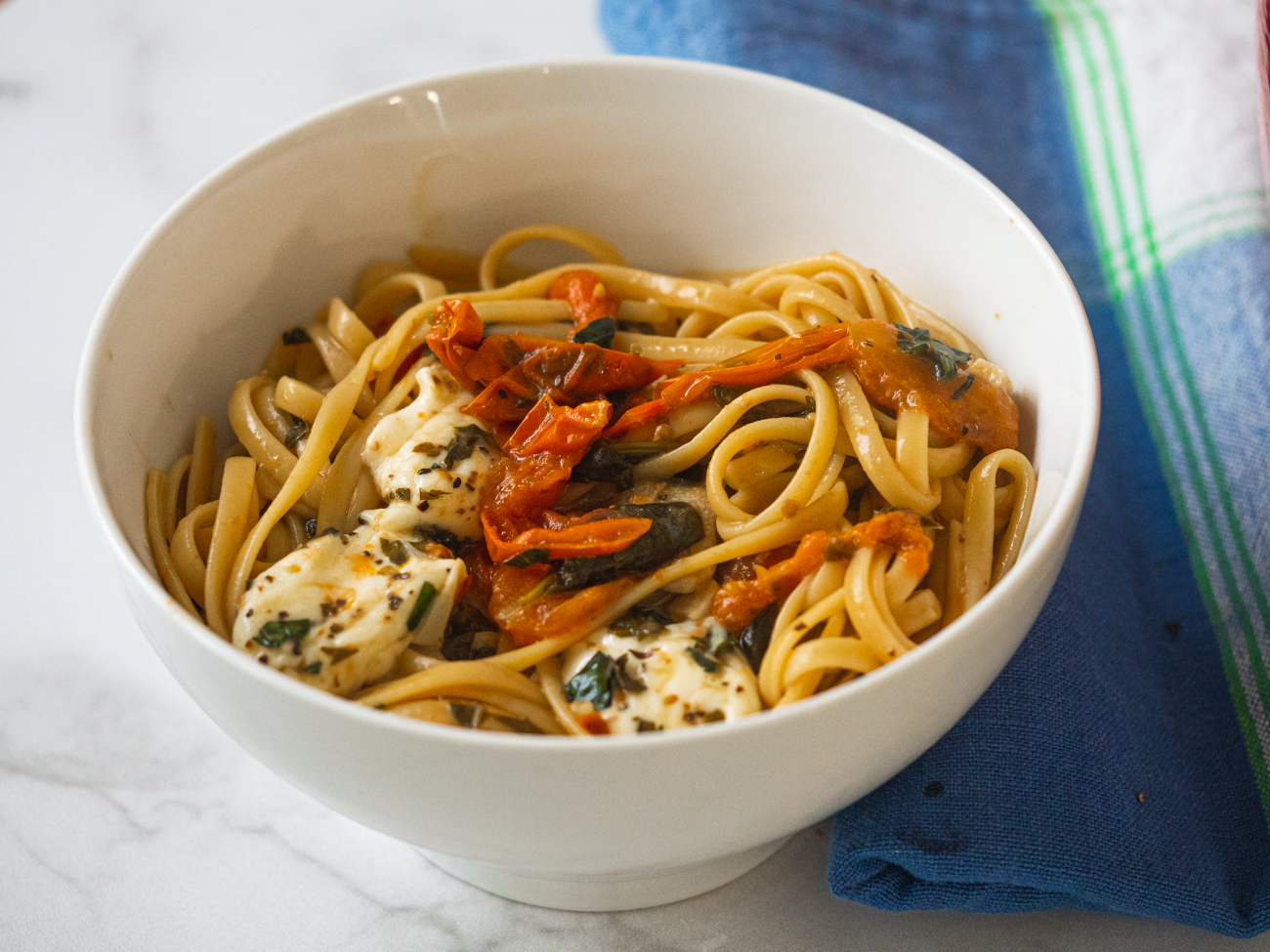