The traditional gift for Valentine’s Day could either be flowers or chocolate. But if Olive Garden has their way, you will be adding a bouquet of breadsticks to the mix.

It seems as if Olive Garden is doing a repeat of the breadstick bouquets for Valentine’s Day this year. They’re even making it easier for you to take advantage of them. The gift was first introduced in 2019 and was a success. You can purchase limited amounts of the bouquets in restaurants at Olive Garden locations starting February 13th.

They included a redesign of the bouquet wrappers this year with sayings, such as, “My love for you is never ending,” and, “For you (but will you share with me?)” You can download the printable bouquet wrappers for yourself! You can also take things to the next level by downloading one of their after-dinner mint boxes that includes a love poem or cute note:

“Roses are red,
Violets are blue,
Here’s a box of mints,
I made just for you” 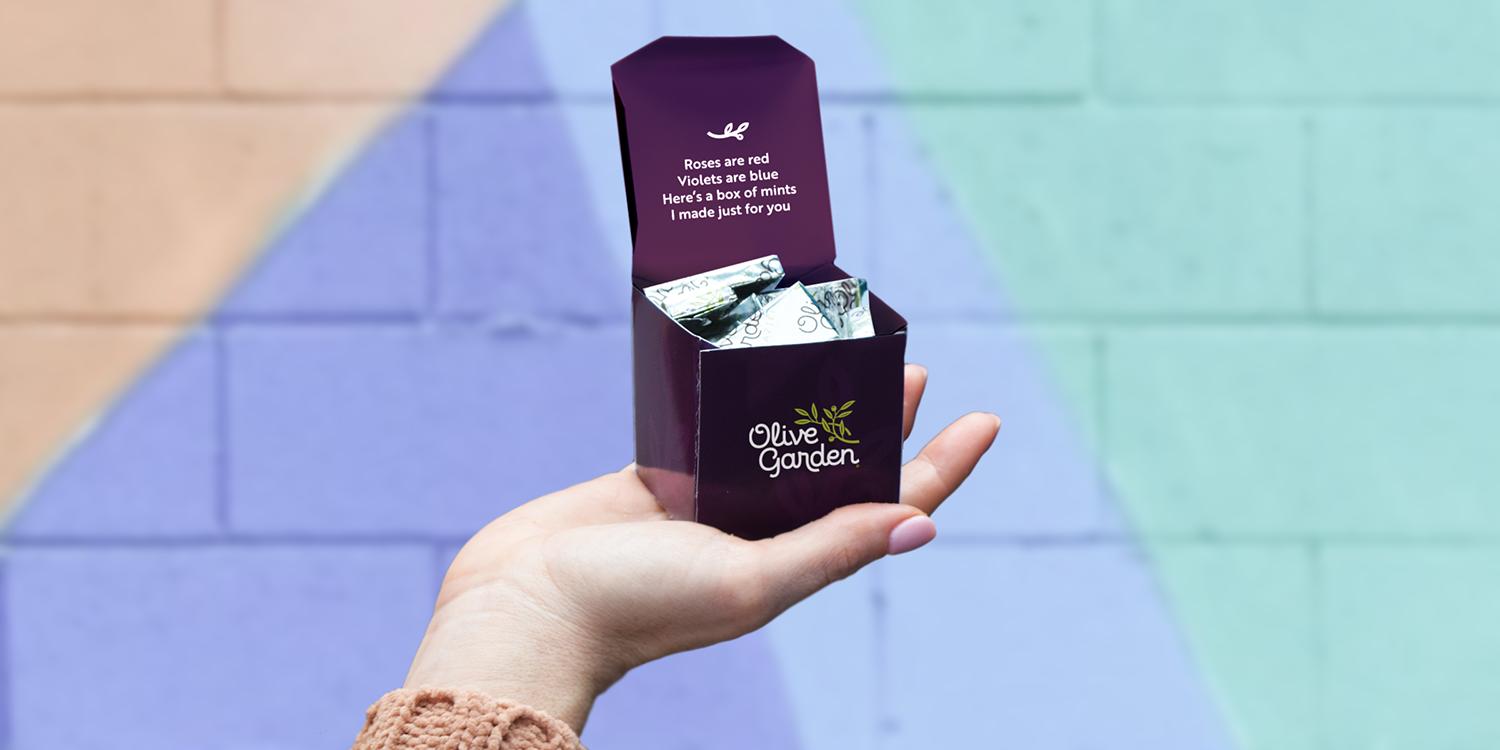 If you purchase a Valentine’s Day to-go dinner for two from Olive Garden, the bouquet and mint boxes are included. The three-course special begins at $35.

The breadsticks and mint boxes are only the beginning. You will get your choice of soup or salad, five cheese marinara or Alfredo sauce, sharable five-cheese ziti al forno or chicken alfredo for the entree, and a sharable black-tie mouse cake or tiramisu for dessert. Mix-and-match to your heart’s content. 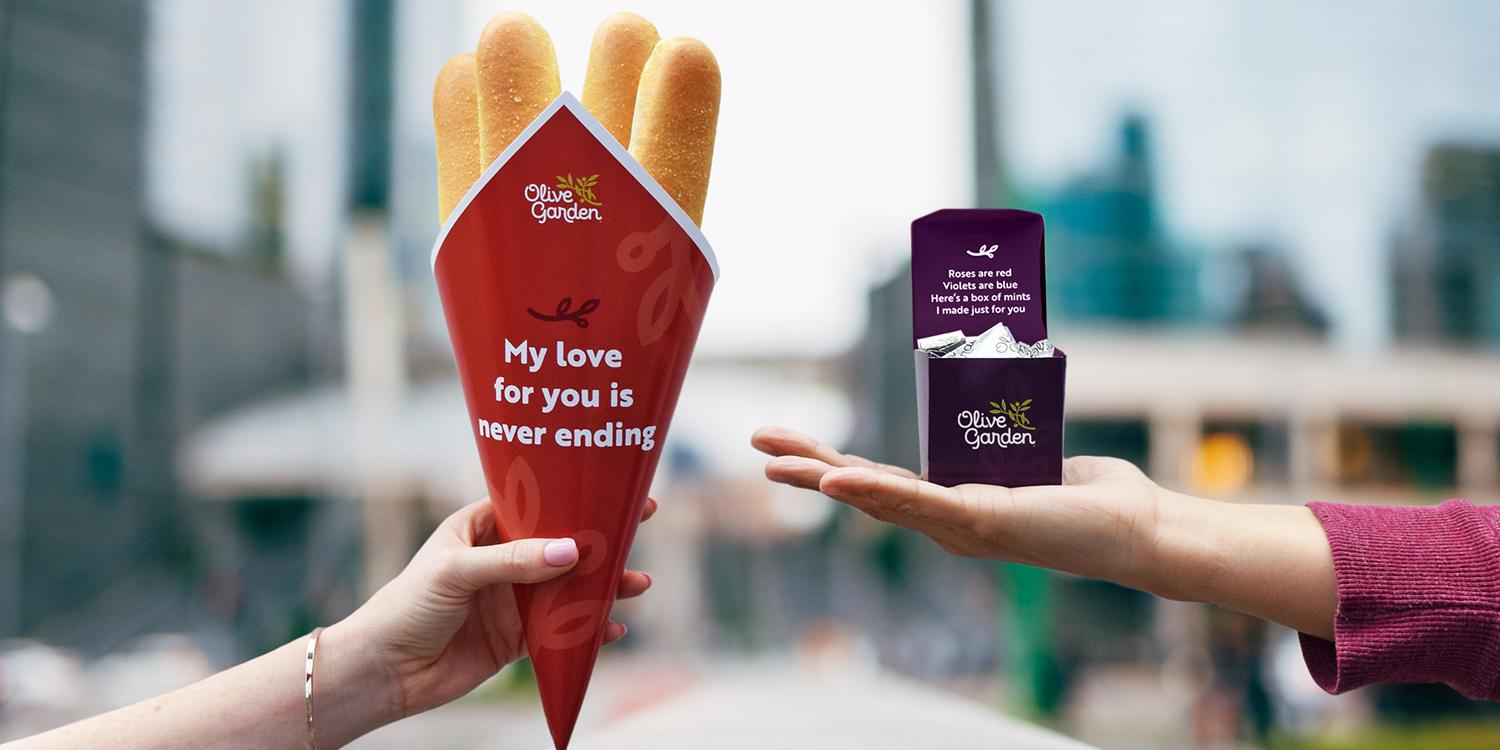 Olive Garden is known for inspiring romance. Samantha Roberts and Jeff Gilleland had a viral Olive Garden-themed wedding in the fall of 2019. The entire event was catered with Olive Garden classics, including a late-night breadstick bar with both alfredo and marinara dipping sauces. 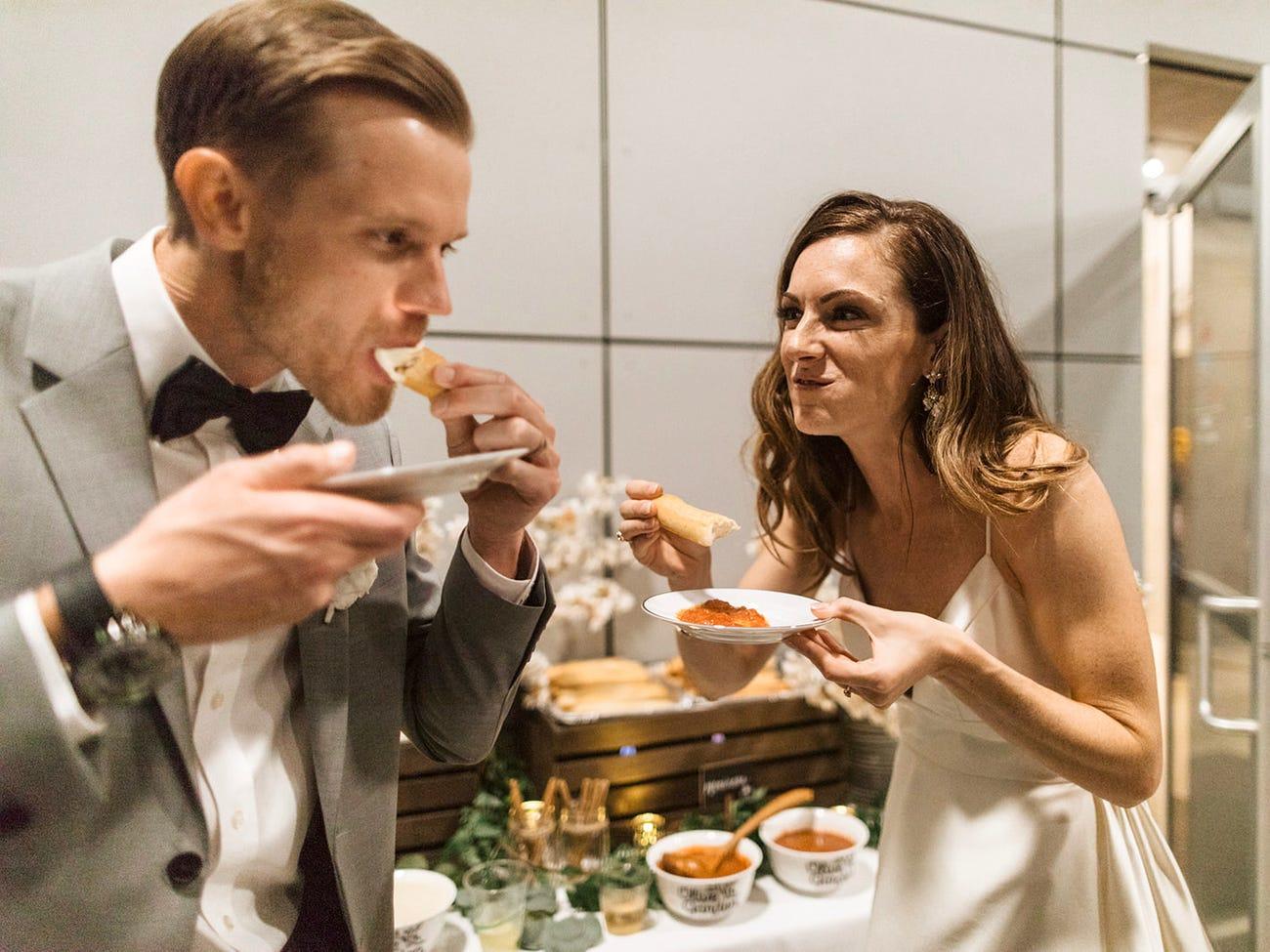 According to Insider, Olive Garden surprised the guests at the wedding during the reception by giving a special gift: a Never Ending Pasta Pass.

Customers could eat at Olive Garden as much as they wanted for the next nine weeks. Thanks to the gifts, Saugatuck, MI became the official city with the most Pasta Passes from the chain restaurant that year.