The Office may have ended in 2013, but they still have a very dedicated group of fans. They appreciate the humor and the storyline behind the NBC series. If you are a serious fan, you can now build your own Dunder Mifflin office, thanks to Phatmojo. They have created a miniature set, similar to Legos that is themed after the hit TV show. 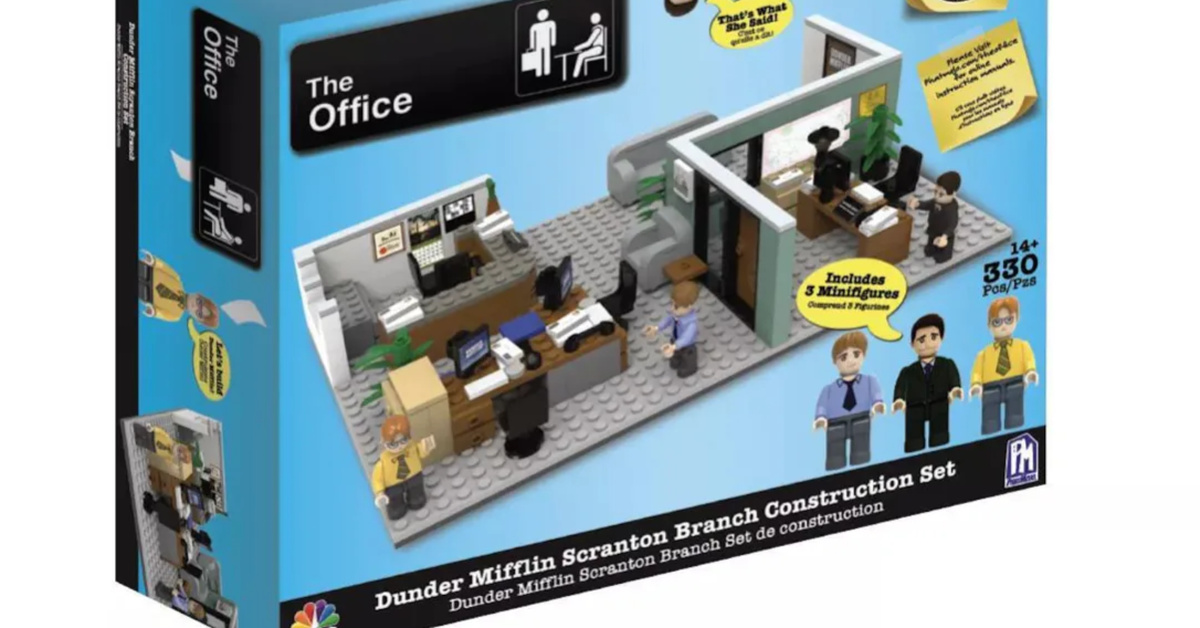 You can purchase the set with 367 pieces on the Target website for $25. You will be able to re-create Michael’s office and the desks of Jim Halpert and Dwight Schrute. Other important parts of the television show are also included, such as small figures of Jim, Dwight and Michael and the watercolor drawing from Pam.

The Office first hit the airways in 2005. It was a show about a failing paper company and the employees who made it a success. The office was based in Scranton, Pennsylvania and was a branch of the Dunder Mifflin paper company.

At first, the ratings were rather dismal but it did quite well. It ended up running for nine seasons and continues to be a success in reruns as well as on streaming services, such as Netflix.