When I become an old lady I plan on being a cool one. I’m going to the stuff of the nursing home staff’s nightmares – much like the two older gentlemen in Germany who escaped from their nursing home in order to make it to a heavy metal concert. My two new personal heroes used public transport in order to make it out to the Wacken Open Air Music Festival where the two daredevils enjoyed themselves to such artists such as Danzing, Cannibal Corpse, Death by Sorrow, and Judas Priest.

The Washington Post reports that the men made their great escape from their Dithmarscher district nursing home. The music festival was being held just outside Hamburg, which was a 25-mile trip for the pair to make. They made it, and were eventually found by the authorities at 3 am when they were reportedly “disoriented and dazed” from hours of being exposed to loud music. 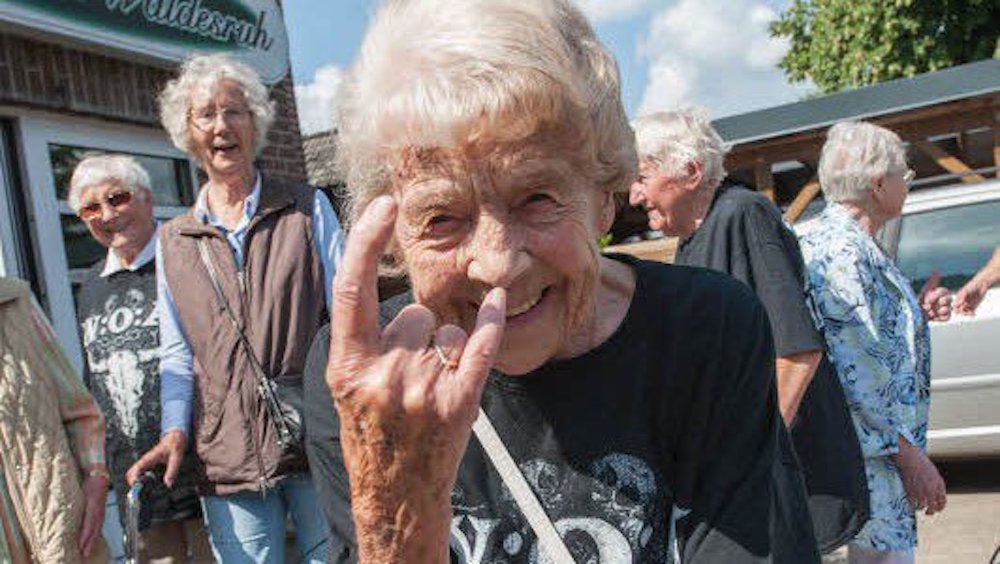 Peter Berndt, a spokesperson for the Itzehoe police department said, “They were then taken to the medical tent on the festival site and were sent back by taxi at around 6:30 am. We had to explain to them why they had to go home – but in the end, they went back voluntarily.”

The nursing home was pretty quick to notice their absence, but what are you going to do? Sometimes people just have to let loose and have fun no matter what age.

The authorities spoke to Norddeutscher Rundfunk broadcasting and said, “They obviously liked the metal festival. The care home quickly organized a return transport after police picked them up.”

The Wacken Open Air Festival has described their gathering as a “massive German festival for all fans and friends of metal music,” as well as a “metal Mecca,” so it’s no wonder that the two older men were attracted, along with the over 75,000 people who attend Wacken every year – especially since Wacken doesn’t discriminate against who can be in attendance.

Now breaking out of my nursing home to attend Electric Picnic or Love Sensation, that’s the kind of old lady I’m aiming to be. What kind of old person will you be?