Do you remember the last time you visited a public restroom? They smell terrible, the entire place is full of germs, and the floors are stained with mysterious liquids.

A new public restroom just opened up in Norway and is being called, “The World’s Most Beautiful Public Restroom.” And we totally agree.

The restroom is build upon the edge of a fjord in the town of Gildeskål. The wave-shaped building has glass walls to provide people going ‘number two’ with views of the Norwegian Sea, snow-covered mountains, and if they’re lucky, the Northern Lights. 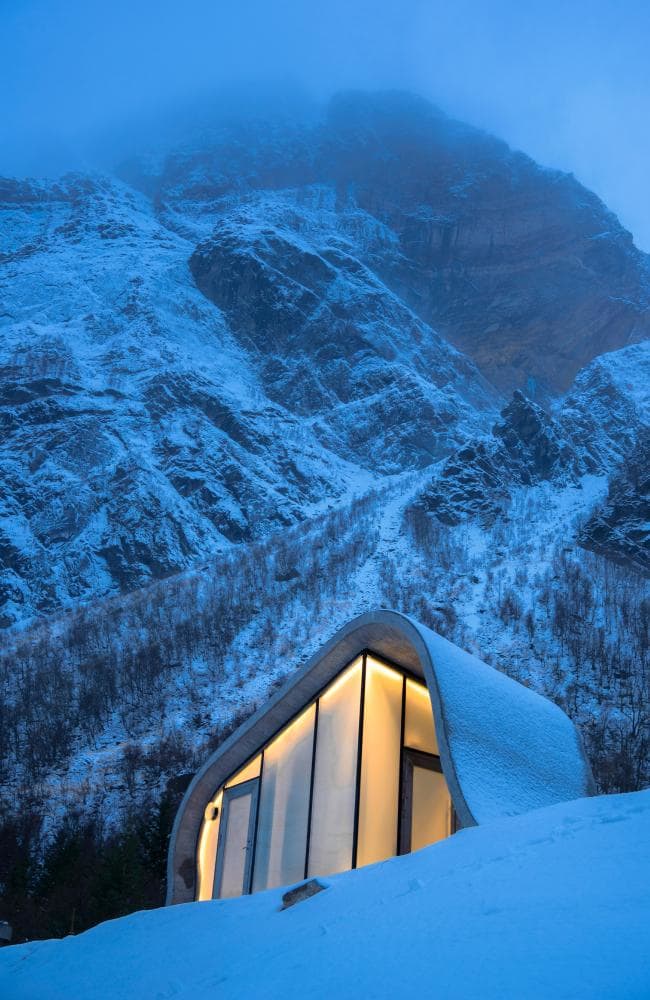 Named ‘Ureddplassen,’ the restroom is actually a $2 million memorial that was built to pay tribute to 42 men who died in 1943 when their Royal Norwegian Navy submarine hit a German mine during WWII and sank. It was designed by Oslo-based architects Marit Justine Haugen and Dan Zohar. 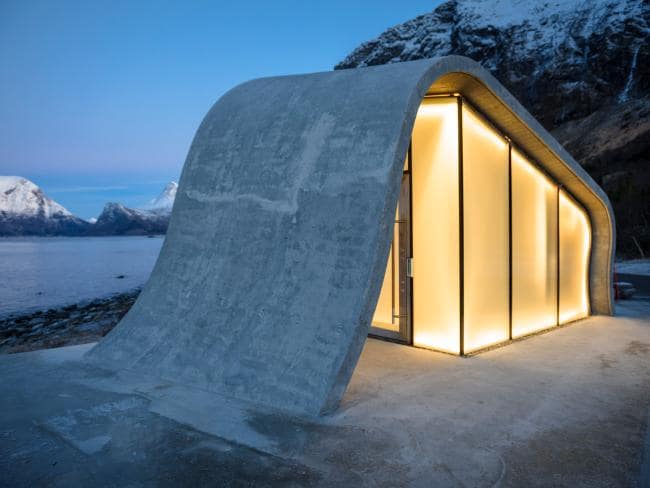 The building is more of an installation rather than a restroom and was constructed along the Norwegian Scenic Route, Helfelandskysten, one of Norway’s 18 scenic routes. 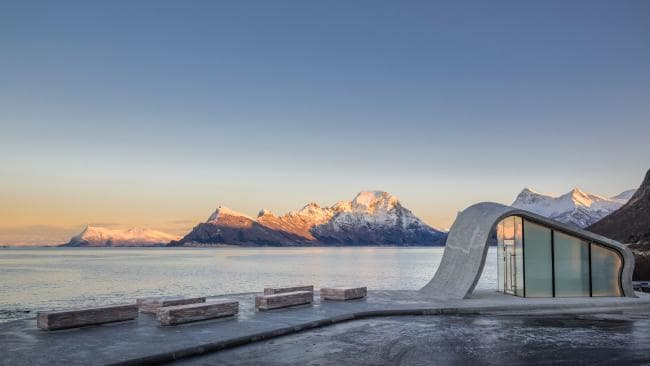 The drive along Helfelandskysten spans from Jektvik to Kilboghamn and provides a scenic journey through glaciers, across the Arctic Circle, and down the western coast. Ureddplassen can be found mid-route, making it the perfect place to take a break. 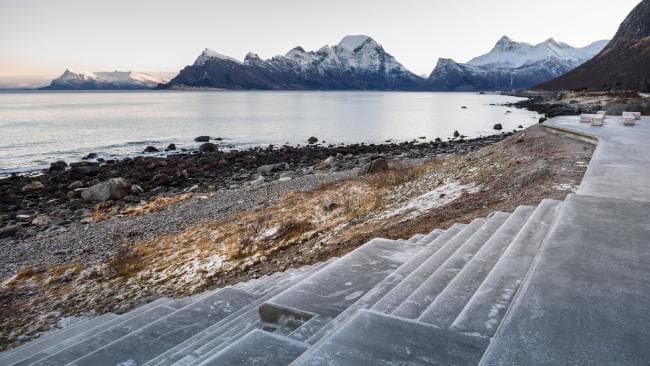 It is more of a rest stop than a public restroom with an amphitheater around the back which takes visitors down towards the beach.