The Wyndham New Yorker Hotel opened in 1930 and the Art Deco influence of the building is apparent from inside and out. Guests to this “Grand Old Lady” might not know about all the secrets it hides, though! This building really does have a fascinating and mysterious history! 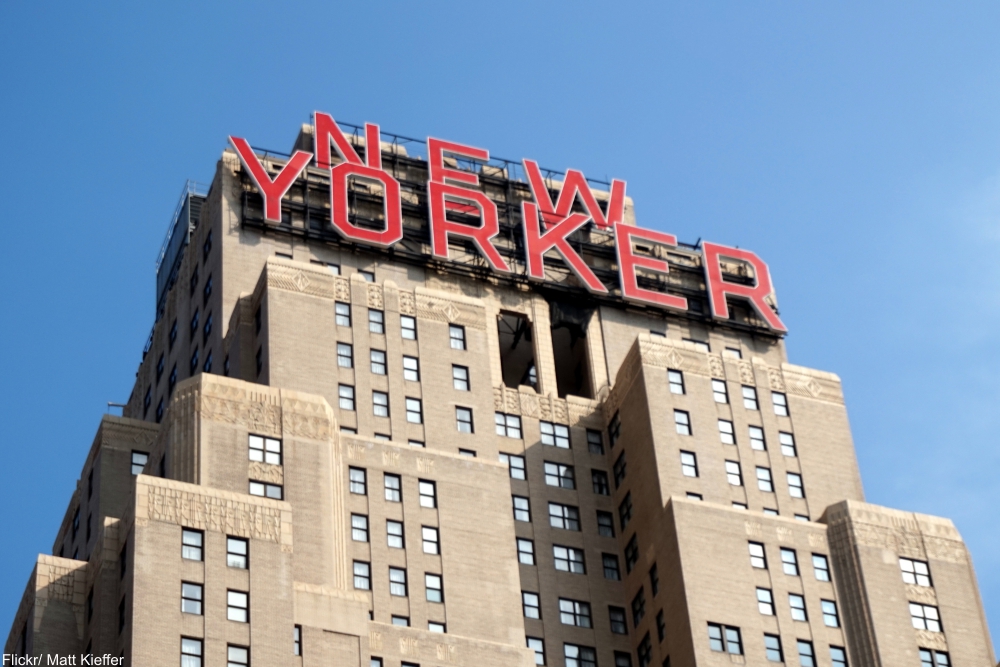 Not only does the hotel offer excellent views of some of New York City’s most beloved landmarks, but it also has some very interesting history for those who dare to go looking for it. For example, an infamous room on the 33rd floor was once home to Nikola Tesla, where he died alone and where his body and his scientific notebooks were removed before his nephew (his nearest relative) could see to them, giving rise to a conspiracy theory that remains unsolved to this day. But, this hotel also has quite a few secrets that have been with it from the very beginning. 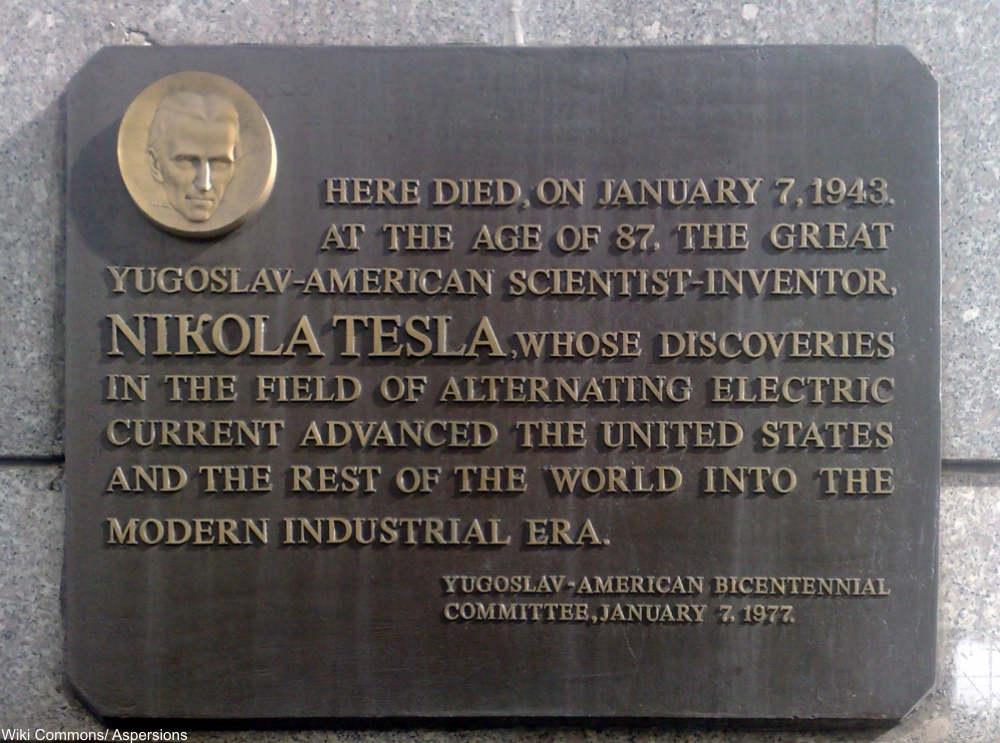 Built into the 43-story skyscraper are a power plant, an ice skating rink, a bank vault (which is being converted into what looks like a fabulous bar), and a tile-lined tunnel that once gave hotel patrons easy access to Penn Station. 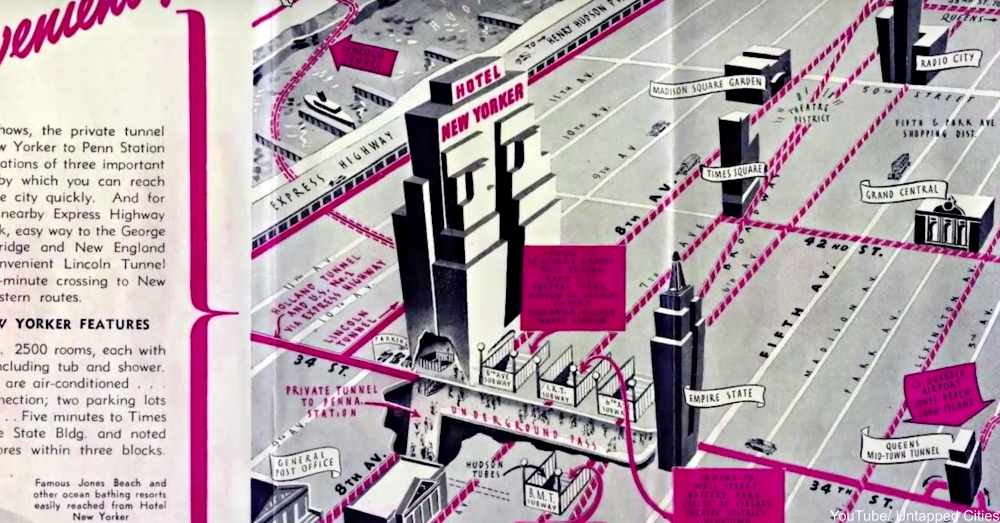 A vintage promotional map showing the now-decommissioned tunnel. Via/ YouTube

Now defunct of some of these amenities, the fading shadows of the secret corridors can still be seen on special tours given by hotel employees. Have a look at this fascinating place in the video below from Untapped Cities. And, be sure to check out an incredible underwater museum by clicking “Next Page” after the video.