Bringing a whole new meaning to the term “grave atmosphere” is the New Lucky Restaurant in Ahmedabad, India. There, diners are literally eating their meals at tables that are inter-mixed with coffins. 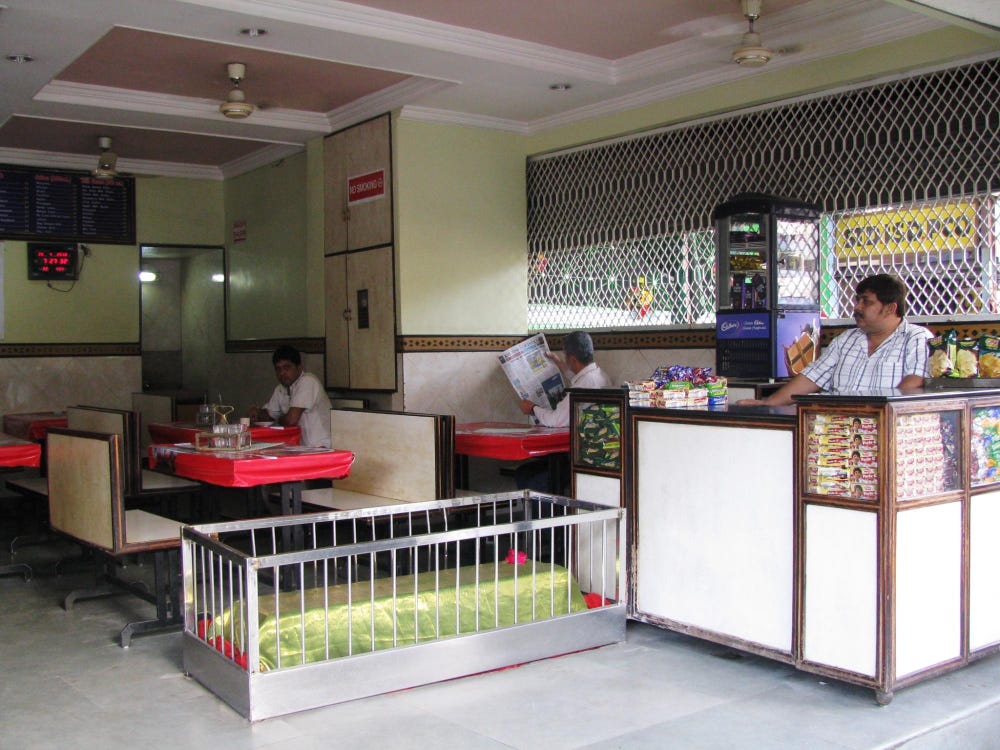 The owner, Krishnan Kutti, had purchased the land for his restaurant before he made the discovery that it had been a former cemetery. While most people would be put off, Kutti remained undeterred. He forged ahead and built his restaurant anyways, simply setting up the tables around the coffins. Inside the restaurant there are 12 coffins, and they’re believed to be the remnants of an old Muslim cemetery.

As reported by Atlas Obscura, Kutti believes that it’s good luck to eat among the dead – hence the name of the place. There might be something to it, as the restaurant has been a very popular local establishment for more than five decades. 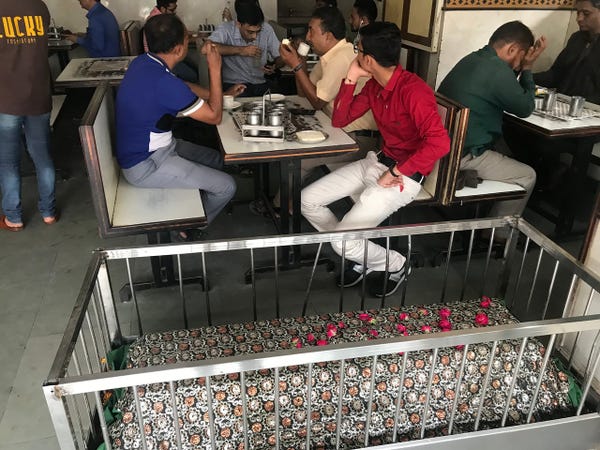 But don’t worry, the diners aren’t eating on top of the coffins or anything. The coffins are kept separate from diners with the aid of white metal fences. They are also kept clean and spruced up with fresh flowers every day.

If you’re wondering what they serve at the restaurant, it’s pretty much an option of everything. Their menu includes coffee, juice, soups, and sandwiches, as well as curries, fried rice, and noodles. 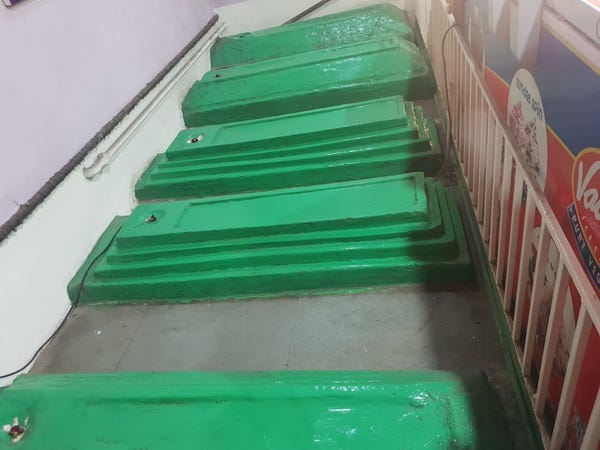 So if you’re ever in India and not superstitious, then you might want to give New Lucky a try.