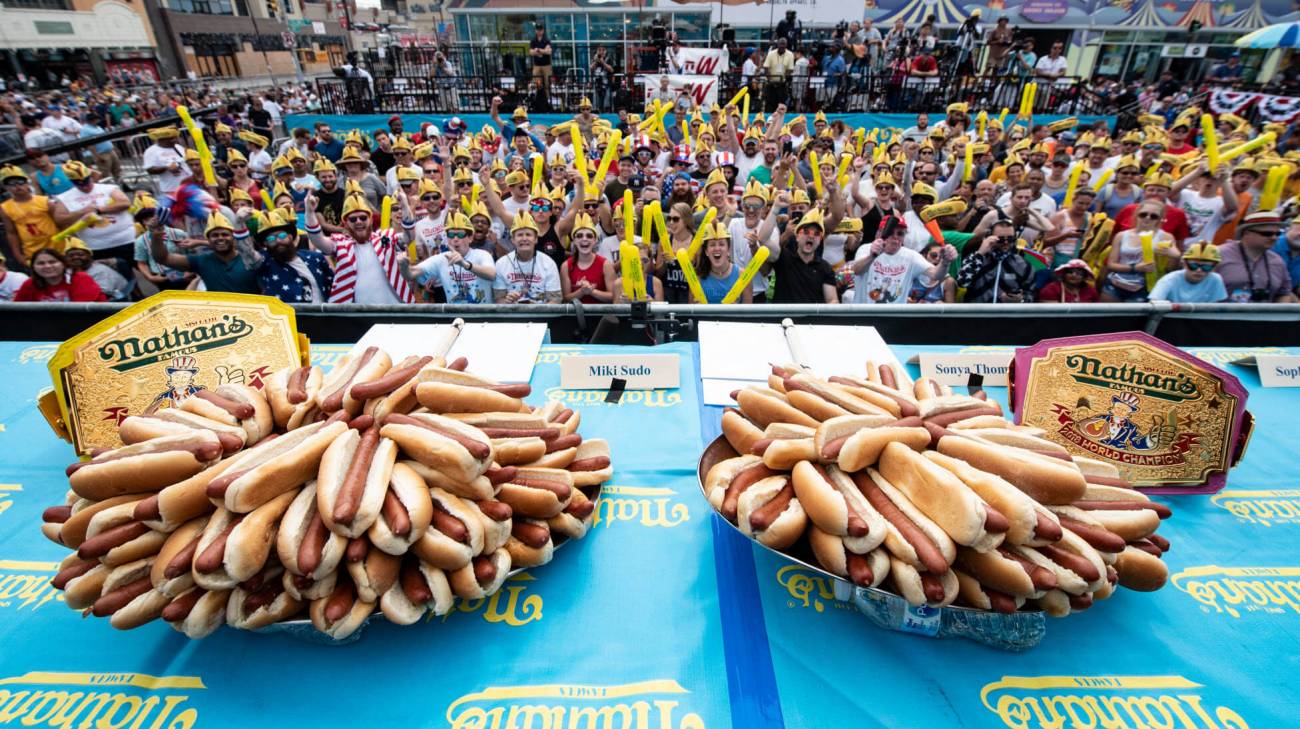 When folks think of the Fourth of July, they often think red, white, and blue. Barbecues, burgers, and potato salad. Parades, fireworks, and hot dogs. Hot dogs and the Fourth of July have long been an Independence Day tradition, especially at one of the world’s most hot dog eating contests, held every year at Coney Island, New York’s Nathan’s Famous Hot Dogs. It’s a Coney Island landmark and one that brings in one of the most incredible Fourth of July Events – their famed Hot Dog Eating Contest.

Nathan Handwerker opened a hot dog stand in 1916 in Coney Island, a Brooklyn, NY neighborhood. His hot dogs were a hit with New Yorkers and tourists who came flock to the area’s popular amusement park rides and attractions each summer. On July 4, 1916, as the story goes, four men arguing over who was more patriotic, decided to settle their debate with a hot dog eating contest. Thus was born the annual tradition of eating Nathan’s hot dogs on the Fourth of July, an event that has occurred for 100 years. It wasn’t until 1972 that the first recorded official hot dog eating contest was held. 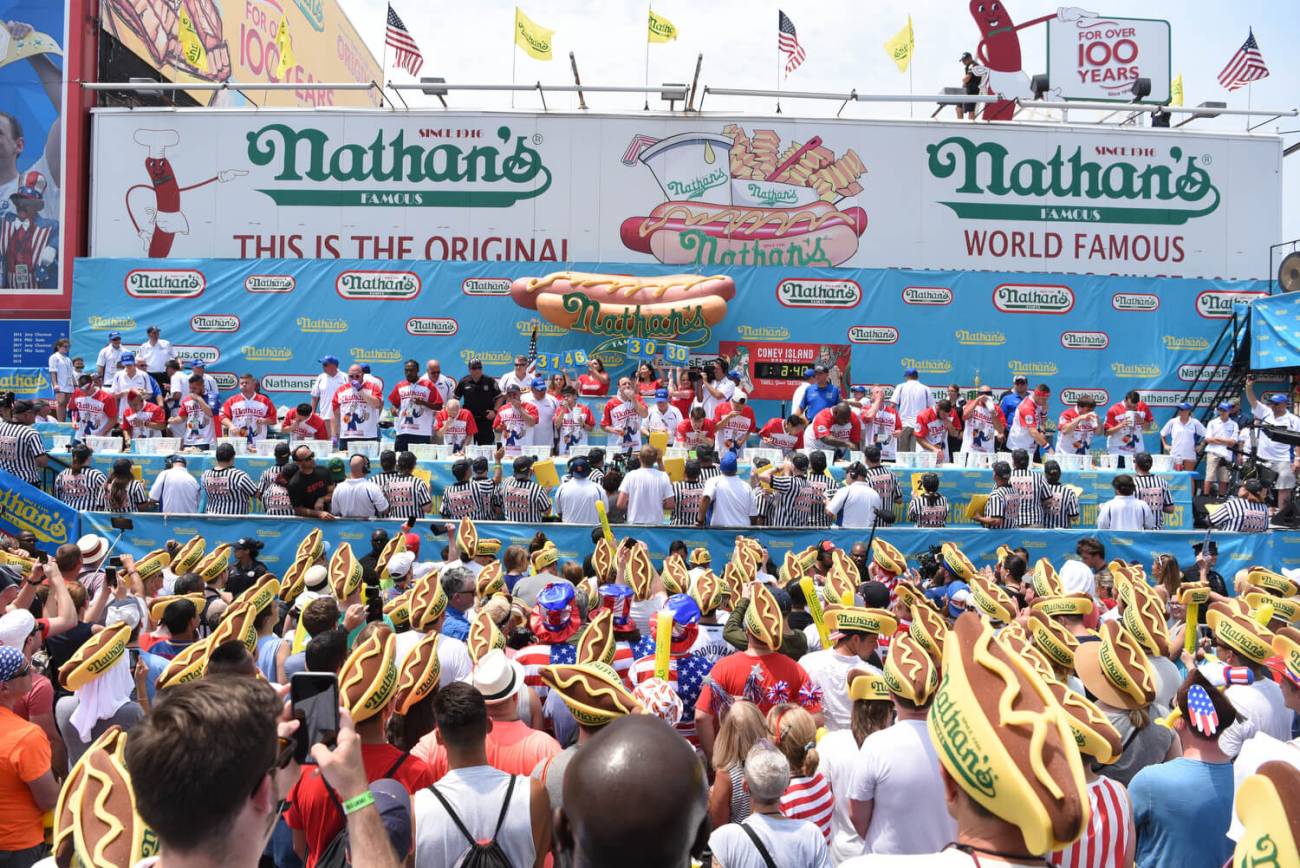 Major League Eating is the governing body of all competitive food eating contests. They oversee the rules and regulations for competitive eating. Contestants must meet standards and compete in qualifiers to achieve world rankings. At the Nathan’s Hot Dog Eating Contest, competitors will have 10 minutes to eat as many hot dogs (buns included!) as they can. The reigning world champion is Joey Chestnut (USA) who last year ate 74 hot dogs in 10 minutes, setting a new World Record (2018). Sonya Thomas (USA) holds the record on the women’s side, 45 total in 10 minutes, which she set in 2012. 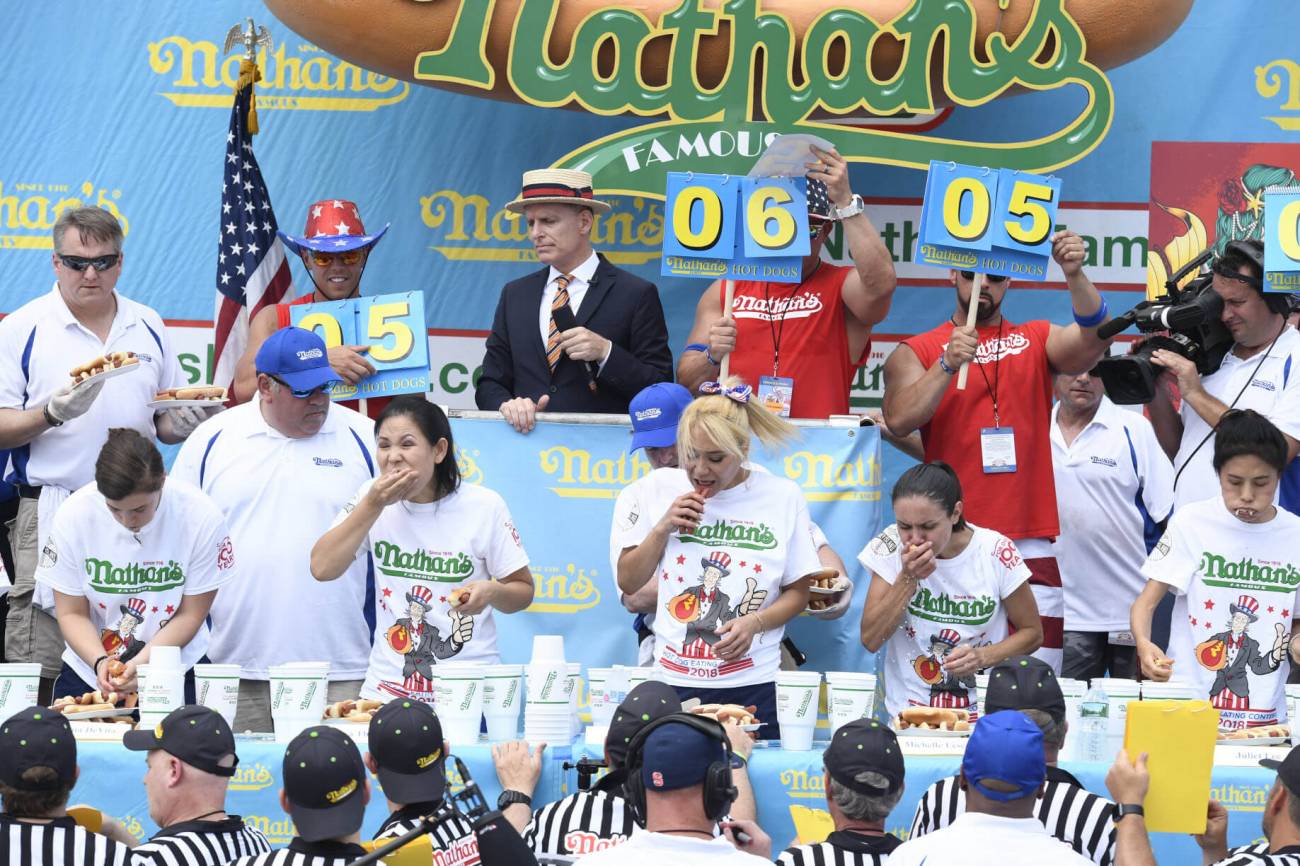 Many competitive food eaters are in remarkably good shape and go through extensive training – including weight lifting – to help their bodies manage the food that they will eat in these competitions. The feat is truly something remarkable to witness if you can stomach watching the process for how these competitors put down so many hot dogs in so little time! This year the annual contest will be held at the store’s original location, as it has been for decades, and if you’re interested in watching the action live, check your local listings for when this program will air.