When you think of the word crawlspace, you likely think of storage. Most people would never turn it into a room and invite people in, but that is exactly what one Canadian mother did. She actually turned that little space into one of the most awesome areas of her home.

“I really wanted a room where our (2-year-old) daughter could go to play, be messy and use her imagination,” Brittany Gogel of Regina, Saskatchewan, said. So she cleaned out her insulated crawl space and created what she calls an Imaginarium, a secret room based on one of her favorite childhood books, “The Chronicles of Narnia.” 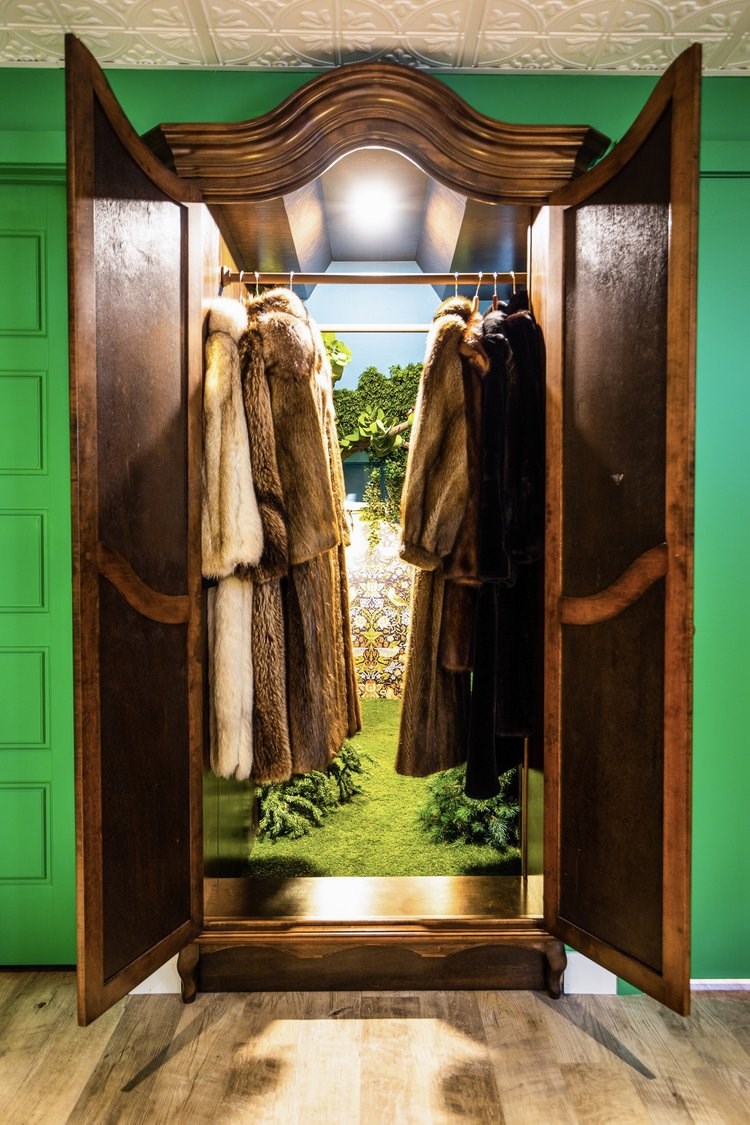 You have to enter the secret space through a wardrobe, just like you would read the story. “I hired a carpenter to build the face of the wardrobe,” she said of the piece that is reminiscent of the Victorian period. “He designed it so that if we want to take it to another house, we can basically pull it out of the door frame and take it with us.” 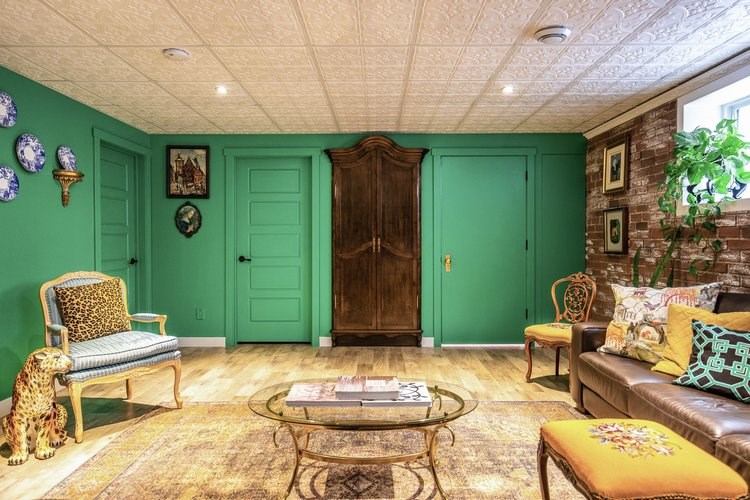 After you step inside, you are entering a ‘place of wonder, excitement, and adventure’. 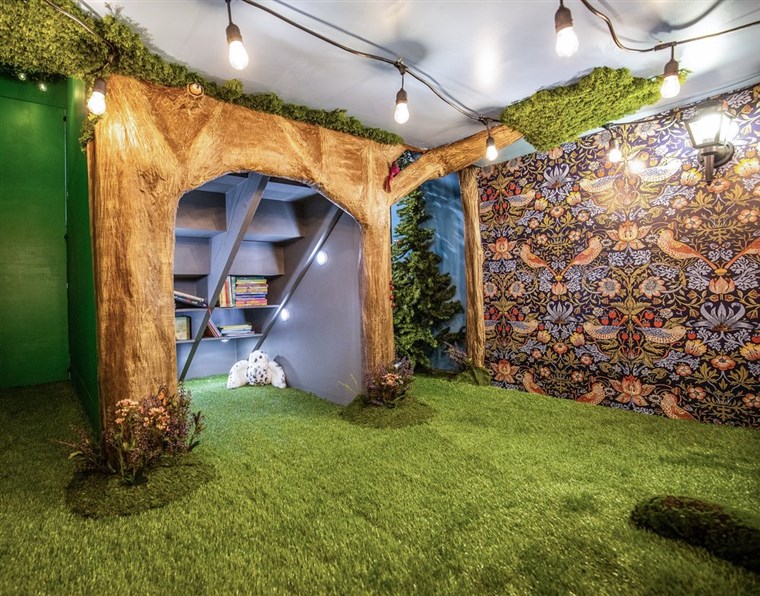 Gogel claims that the green turf feels very similar to grass that covers the floor. The wallpaper on the wall makes the room look whimsical and the ceiling is painted sky-blue. Some used ‘fake’ Christmas trees also help to make the landscaping look realistic.

The tree trunks proved to be the most challenging part of the room. Gogel made them herself with molded chicken wire, joint compound, papier-mâché, and paint. 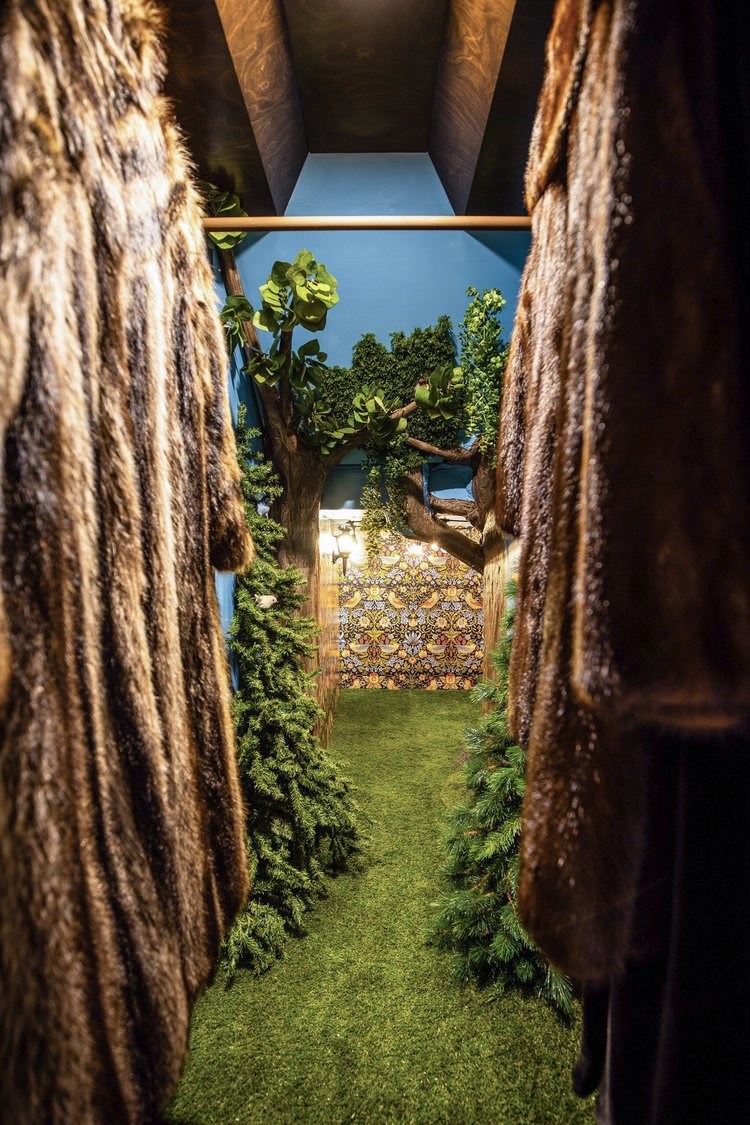 “I literally hadn’t done papier-mache since I was a child and I didn’t know if what I was doing would work at all,” she said. “But I did a lot of research beforehand and just kept working with it until I was satisfied. The scariest part was painting the trees because I didn’t want them to look cheesy, but I was also really happy with how that turned out. It’s all about the layers.”

The project was entered as part of the One Room Challenge and it took five weeks to complete. The most expensive part of the room was the custom-made boardroom but everything else from the floor to the ‘sky’ only cost about $1000. 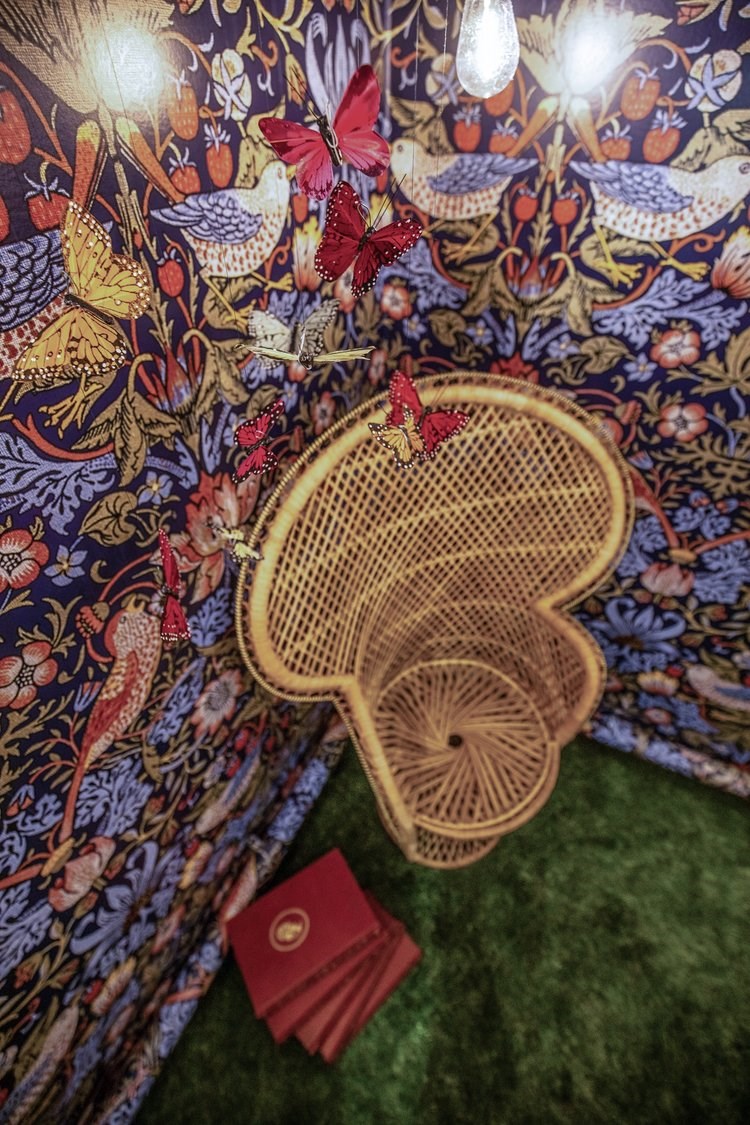 “Most of the time when people ask about the cost, I tell them that a lot of parents take their kids to Disneyland, but I would rather build a small piece of Disneyland here in our own home to get to experience every day,” she said.

“It’s a destination for visiting friends and our daughter loves to play in it,” Gogel said. “Right now she’s too young to read on her own, so we mostly play hide-and-seek or just chase each other around the trunk. It has become a place where adults are invited to play with children. We have had everyone from age 1 to 75 in that room crawling around on the floor and imagining all sorts of crazy things together.”

You can check out the Brit & Barklay blog to see more of the room.