What would you do if you found a rare Medieval manuscript in a language that didn’t exist? That’s the conundrum of the Voynich Manauscript, filled with illustrations of stars and plants, and what appear to be recipes or formulations. The constellations and the movements of the stars, recipes for treating disease with wild herbs, the heavens and the earth in one mysterious book. Or at least, that’s what we presume it’s about. 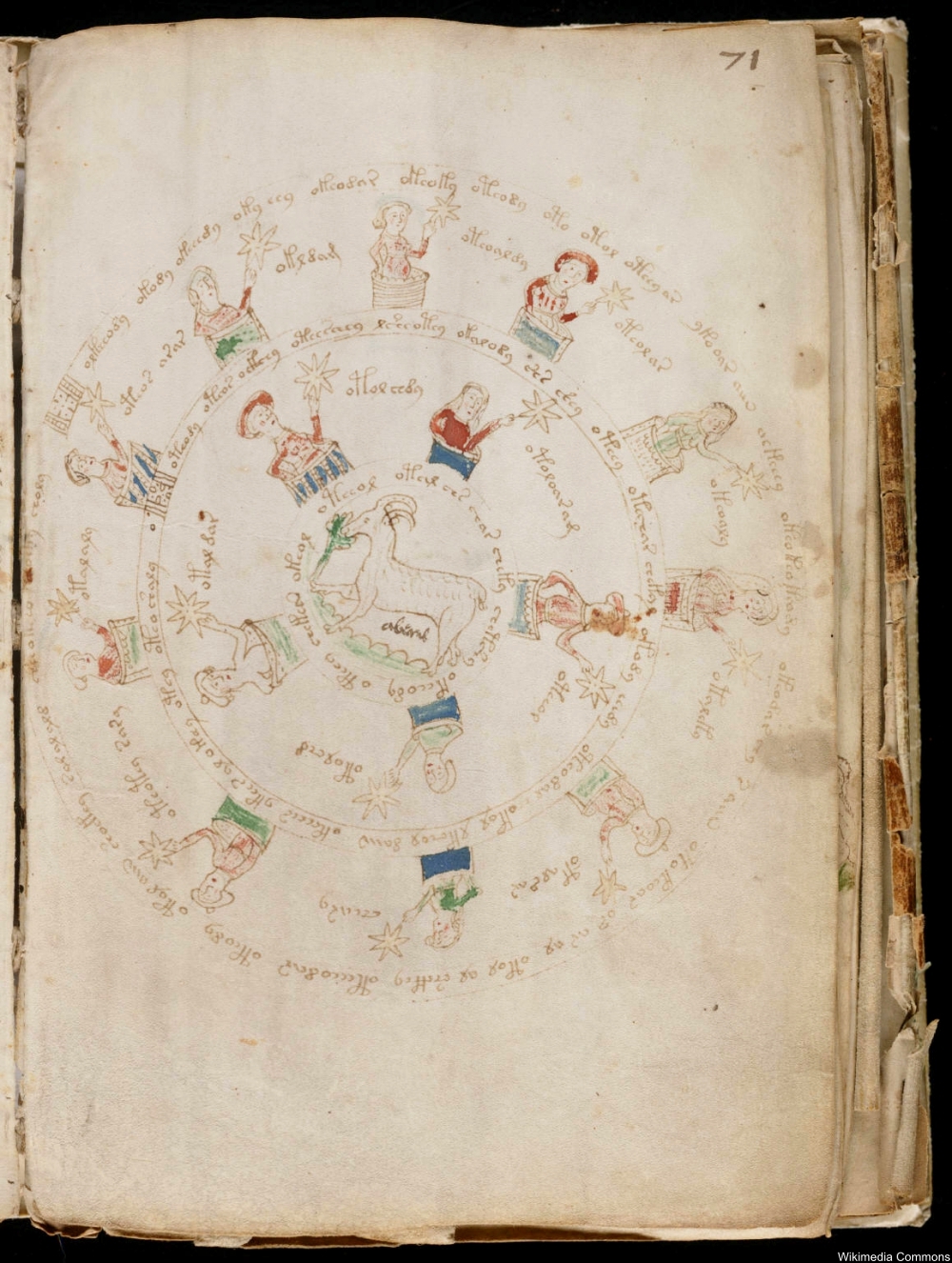 This book of supernatural wonders was created with a plethora of details and drawings. The illustrations of plants are particularly confusing since they don’t correspond to plants that are known. Is this a book of pure fantasy? Whatever the true origin, the pages have stumped experts and scholars for centuries. The 240 page volume has a long history of examination and yet experts are no closer to uncovering the language or to understanding why the book was written. 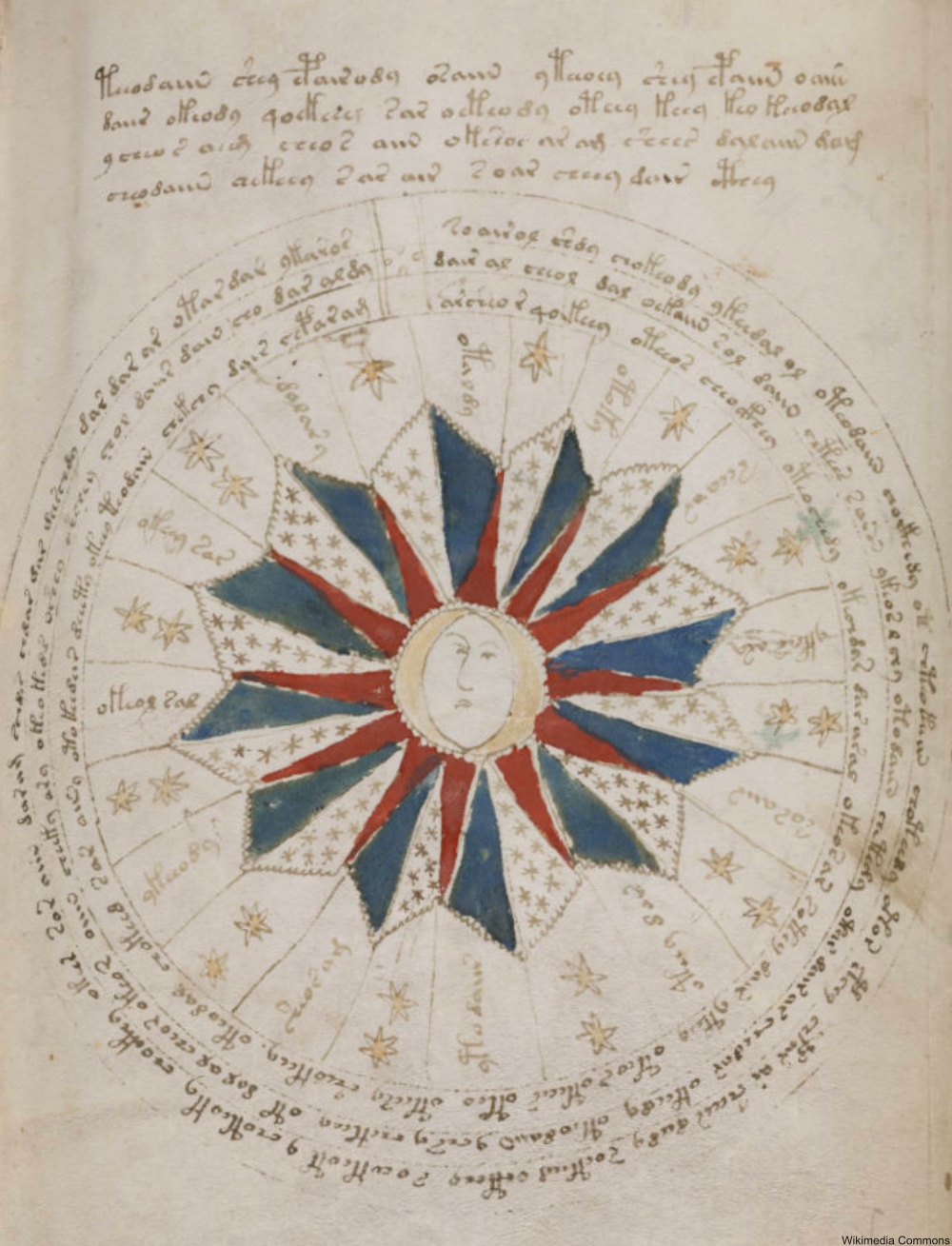 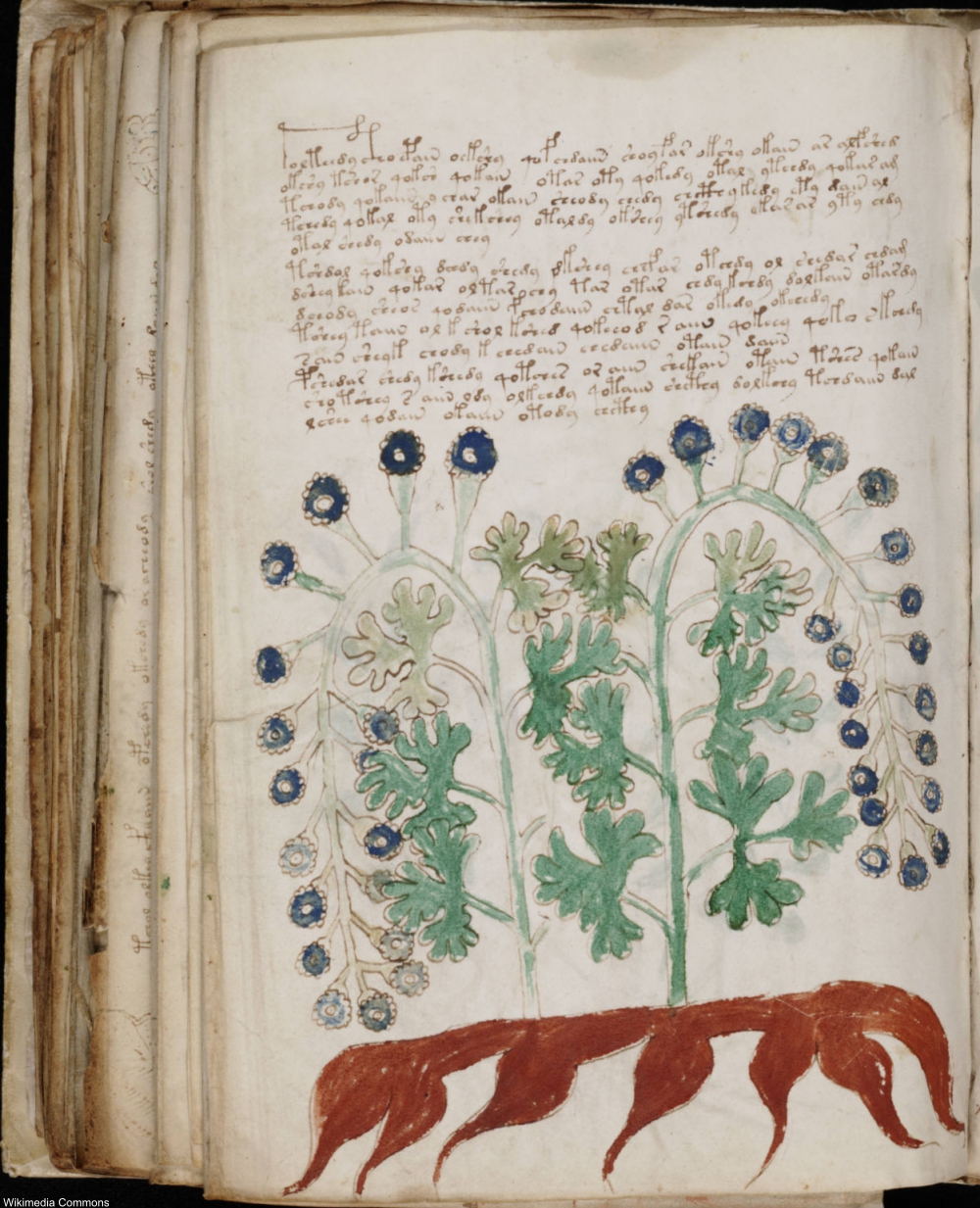 Some people think this unusual book could have been written in the 13th century in code by Roger Bacon, while others think it’s a fake filled with nonsense. What we do know is that this handmade treasure was once owned by Holy Roman Emperor Rudolph II of Bohemia (16th century), who paid a pretty penny for the rare book. There has been speculation that a courtier may have forged and sold the book to the emperor solely for monetary gain. But, carbon dating has established that the paper dates back to the 15th century, while the newer goat-skin cover is from around the 19th century. 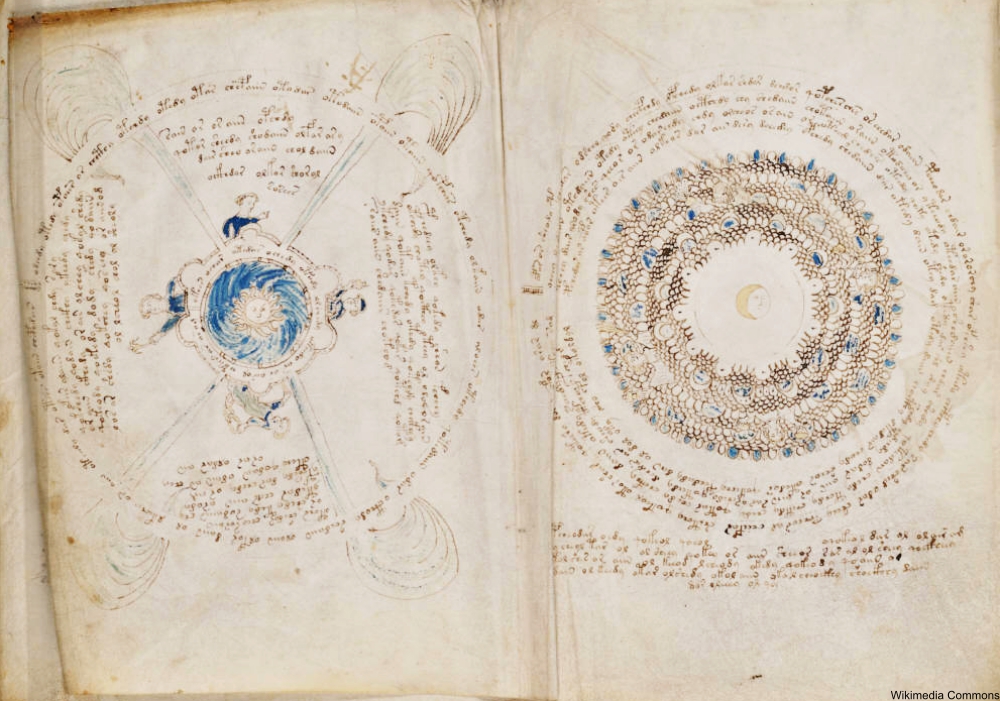 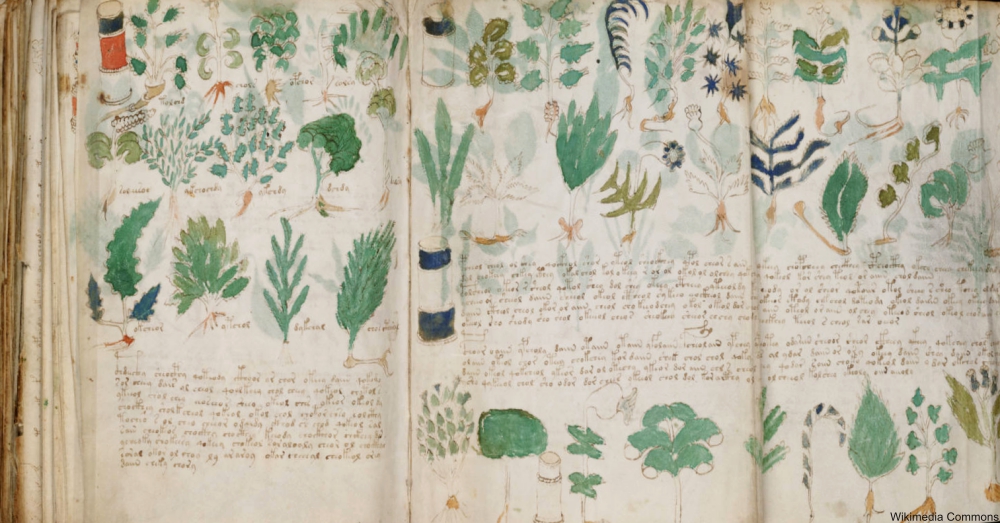 Hidden for 3 centuries by Jesuit monks, the manuscript was obtained by a rare books seller named Wilfrid Voynich in 1912 from which it gets its name. The script is beautiful and complicated, but completely unknown. The World War II code breaker, William Friedman, and his wife, attempted to suss out the pattern behind these characters with no success, and over many decades. The script appears in no other books from the time period. The secret language has become known as “Voynichese” since it is completely unique. There is some evidence at least that it was perhaps created in Italy, but even that is hard to prove without decoding the words. 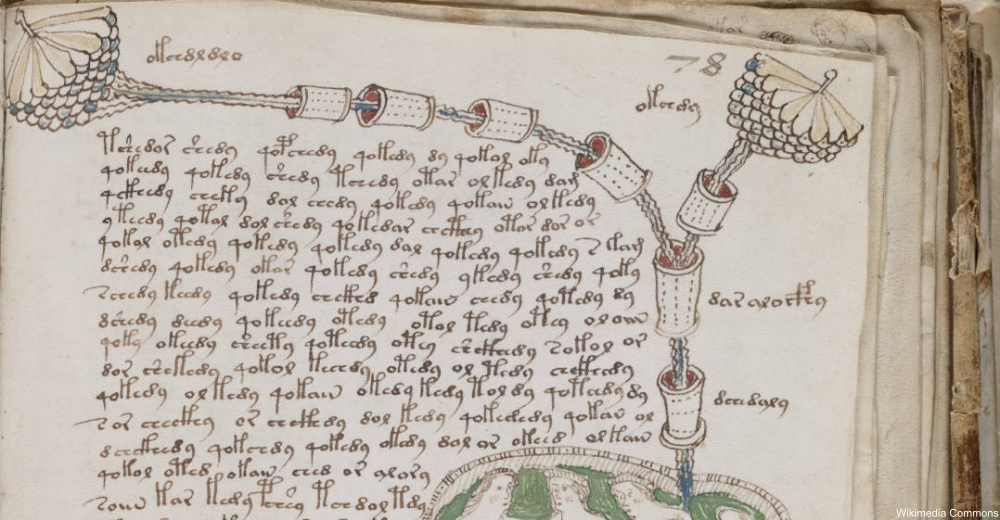 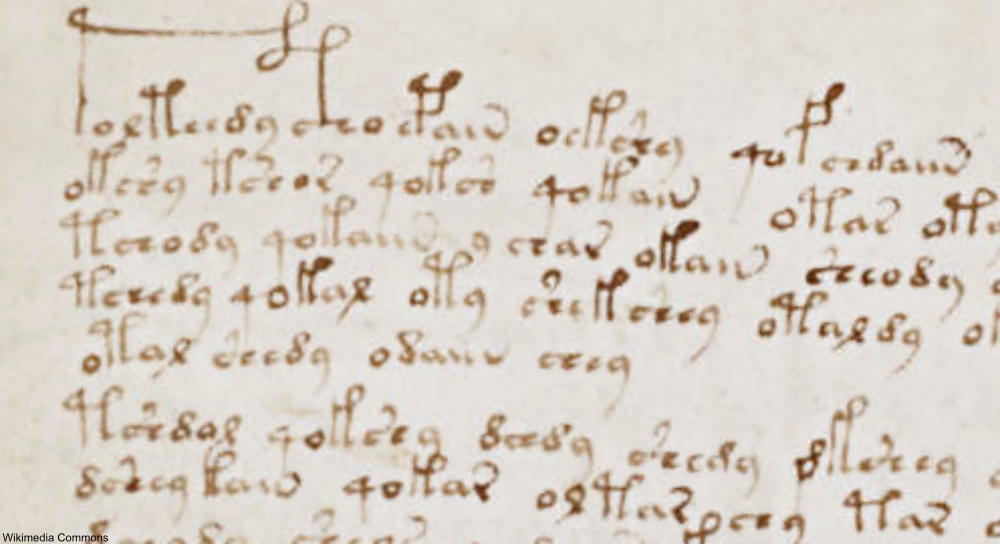 The book currently resides in the Yale Beinecke Rare Book & Manuscript Library and public interest has been so continuous and enthusiastic that the Yale University Press has published a copy with scholarly essays.

Any book from this time period would be considered the find of a lifetime. Whatever the truth about this unbreakable codex, there is no doubt that the painstaking work of creating this book makes it a special rarity, even if we don’t yet understand what the words contained within. The drawings and charts hint at another world of medieval alchemists and herbalists, plotting the natural world in handmade parchment volumes like the Voynich Manuscript.

Update: with the help of some bots, the script has recently was recently theorized to be a cipher for Hebrew. However, there is another more mysterious theory which might explain this book. And, if we’ve learned anything about this tome it’s that mystery is practically woven into the fibers of this book!

The latest theory is that the language the book is written in is proto-Romance, an archaic and common form of Latin. While some have argued that proto-Romance (also called Vulgar Latin) isn’t even a real language, scholarly research suggests otherwise. The proponent of this latest theory, Gerard Cheshire of the University of Bristol, believes that the manuscript was written by Dominican nuns as a guide to women’s health. Cheshire has further proffered another theory: that the book was created for Maria of Castile, Queen of Aragon and great aunt to Catherine of Aragon.

Time will tell if this latest theory actually yields a proper translation. If so, we could be looking at finally solving this historical mystery.

The first ever children's book from 1658: Click “Next Page” below!