For anyone who has ever has a flood or fire damage their secret stash, you might already know about this division. For the rest of us, the Mutilated Money Division of the U.S. Treasury Department may come as a surprise to find out about. This section of the Treasury takes in damaged money and verifies it, then reimburses the person(s) who sent the money in to be evaluated. 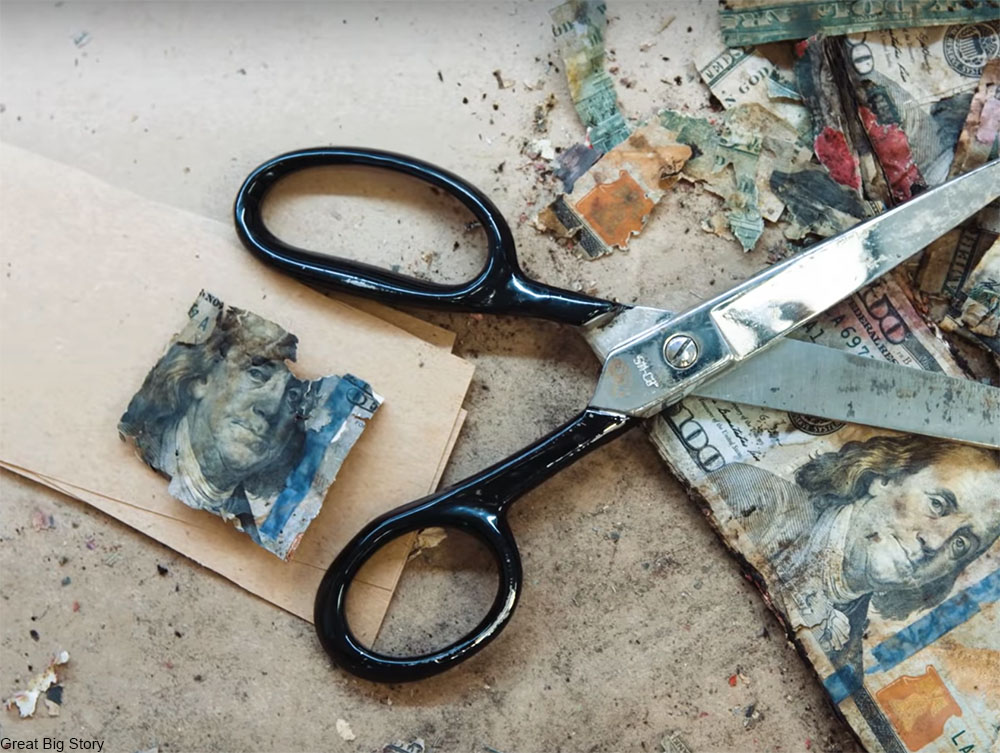 According to the U.S. Bureau of Engraving and Printing website, money can become damaged in any number of ways: “Mutilated currency is currency which has been severely damaged – to the extent that its value is questionable or security features are missing. Currency can become mutilated in any number of ways. The most common causes are fire, water, chemicals, and explosives; animal, insect, or rodent damage; and petrification or deterioration by burying.” 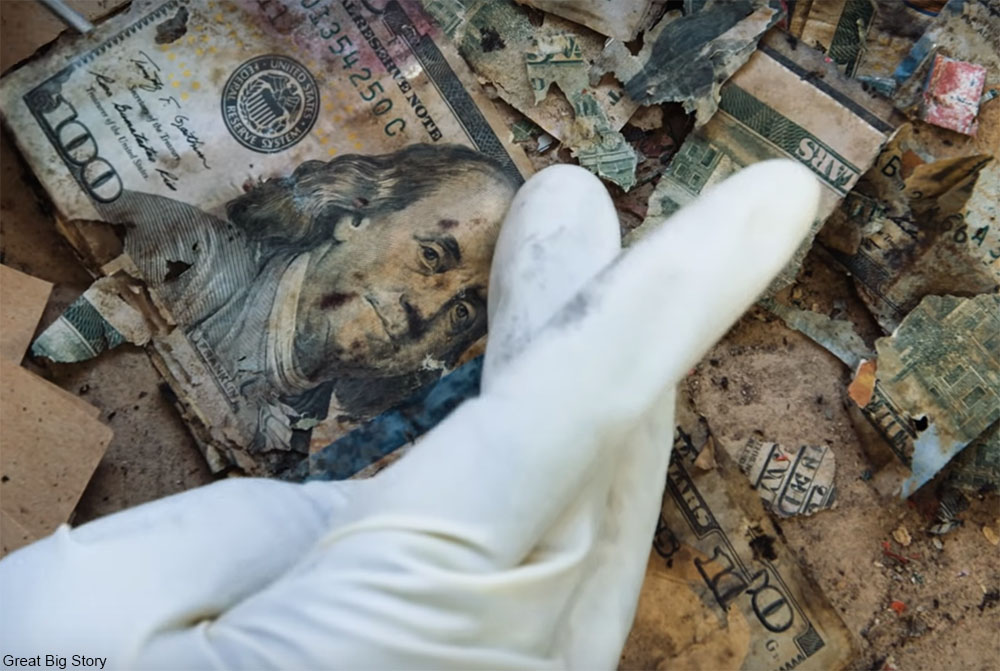 Paper currency which does not qualify for the definition of mutilated money include bills that are simply dirty, worn, or lightly soiled. Basically, if the value and security features can still be clearly made out then the bill is still useable as is.

Like archaeologists, the staff there work with scalpels, gloves, scissors, and other low-tech tools to separate fused bills and to reassemble scattered ones.

Per year the Mutilated Money Division receives around 23,000 cases resulting in $40M reimbursed. This is a free service provided by the U.S. government. In order to qualify for reimbursement, at least 51% of the note must be present.

Without some kind of disaster or damage, U.S. paper currency is expected to last between 6 and 22 years depending on the size of the bill ($1 bills work a lot harder than $100 bills do).

Some of the most common cases involve the family dog eating the cash, but a significant number of people seeking this division’s services have just endured a natural disaster of some kind and are desperate to restore their lost cash savings. 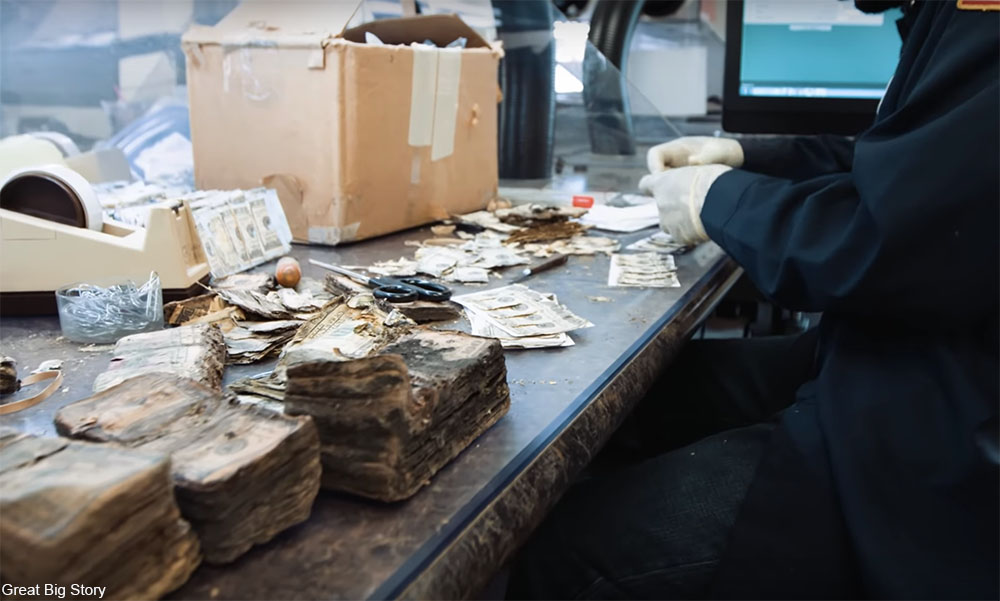 Have a look at the particulars of the Mutilated Money Division in the video below.