The Manhattan Project Was Just Another Job for Many Folks

Information on the Manhattan project, the nation-wide military effort to create the atomic bomb, was once a super classified field within the U.S. government. Those responsible for the most intricate math and science were high level and have since become well known names (like J. Robert Oppenheimer who led the project and Klaus Fuchs who later turned out to be a spy). But, many of the people at the bottom had little knowledge of what was happening behind closed doors. 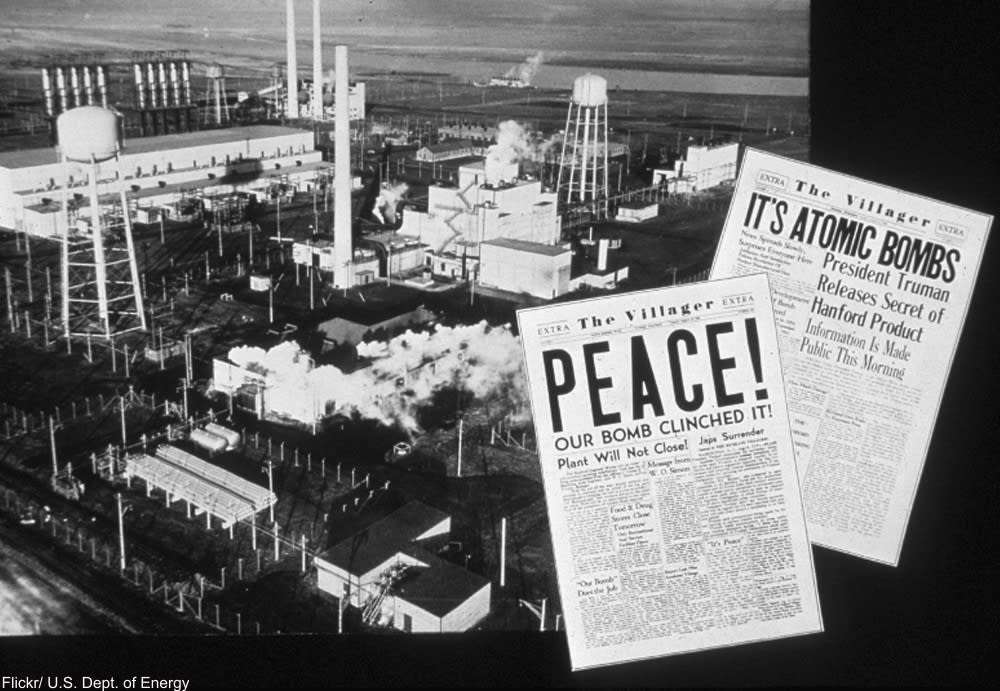 After the Depression years, the average Joe and Jane were pleased as punch to have decent-paying jobs within the military and defense fields. They went to work answering phones, mining, filing papers, cleaning floors, and doing other jobs which on their own gave no hint that an atomic bomb lay at the heart of the whole thing. Workers may not have known what about the atomic bomb, but they knew that if things didn’t go smoothly then the war might be lost. 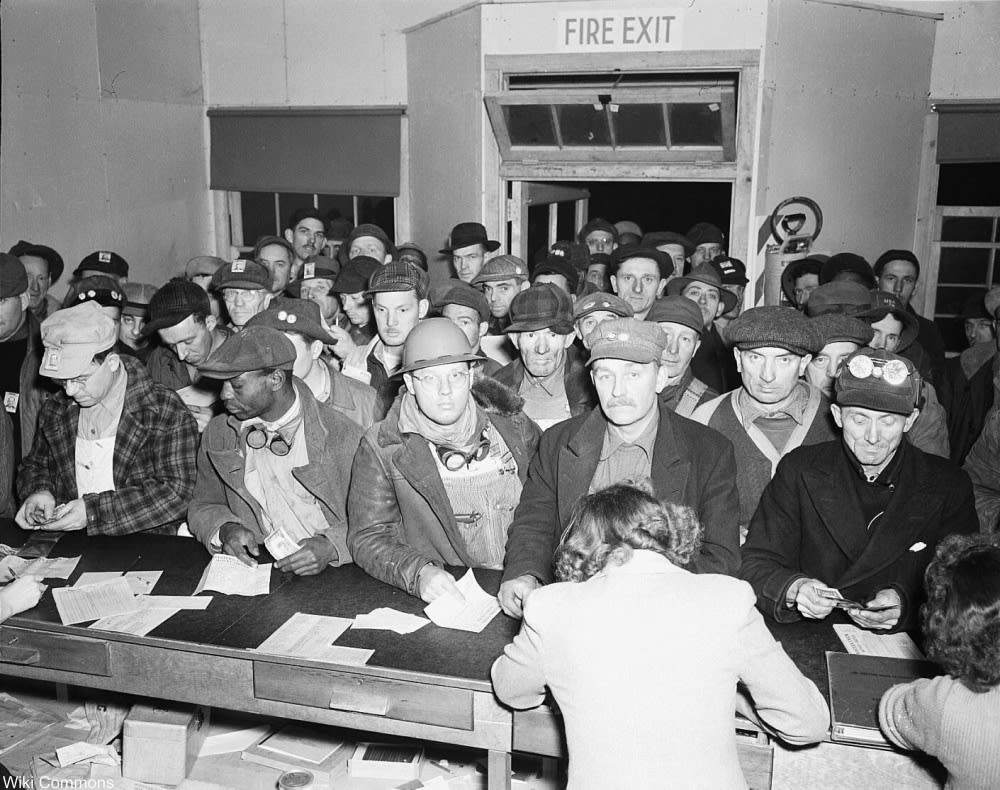 Miners at the Hanford Western Union scrap for their paycheck on payday. Weapons-grade minerals has to be mined- a must for any successful nuclear program. Via/ Wiki Commons 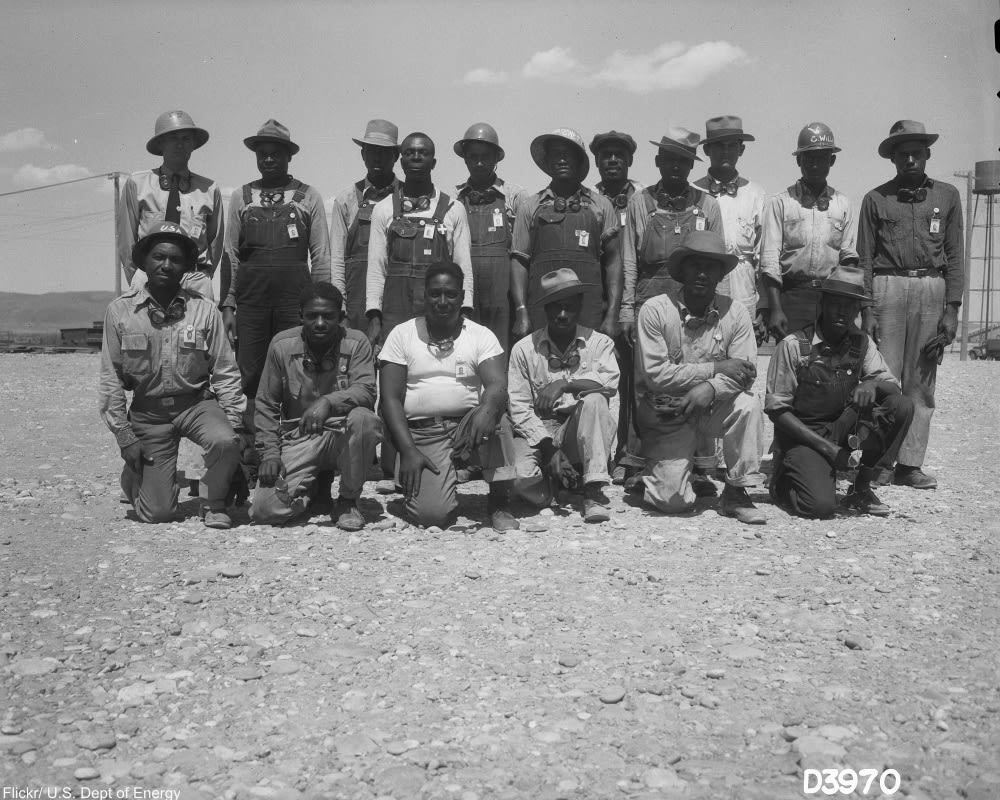 African American workers pose at the Hanford site. Via/ Flickr 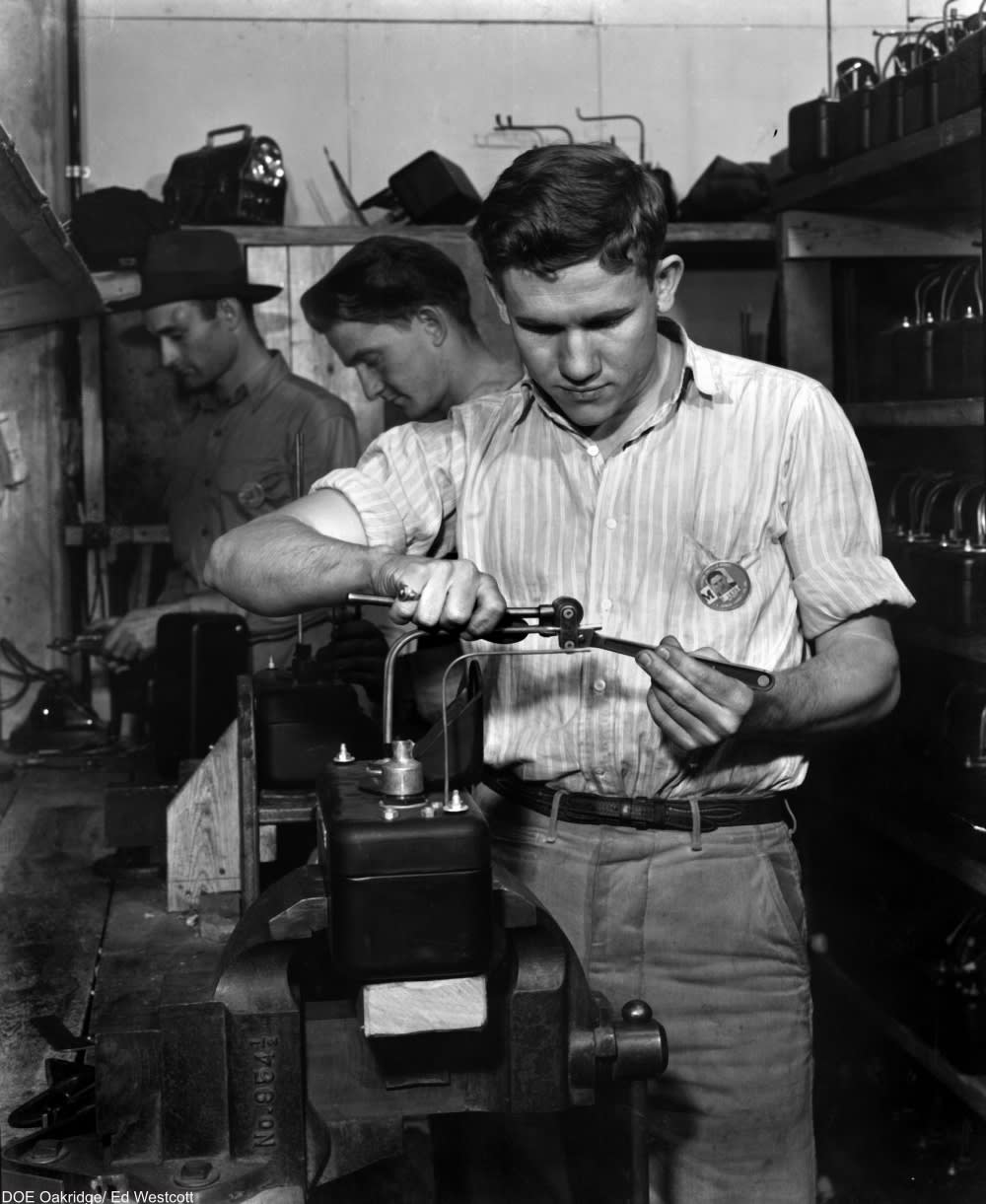 Bending pipe at the Oak Ridge facility. Via/ Flickr

Germany had been hot on the heels of the U.S. in discovering the capabilities of nuclear fusion, but had been thankfully thwarted along the way by various European spies. Security was the utmost importance and the U.S. did not want Germany or Japan under any circumstances to have the knowledge contained within the Manhattan Project. Facilities associated with the Manhattan Project spanned the country from Tennessee to New Mexico to California and whole communities sprang up around these top secret nuclear research sites. 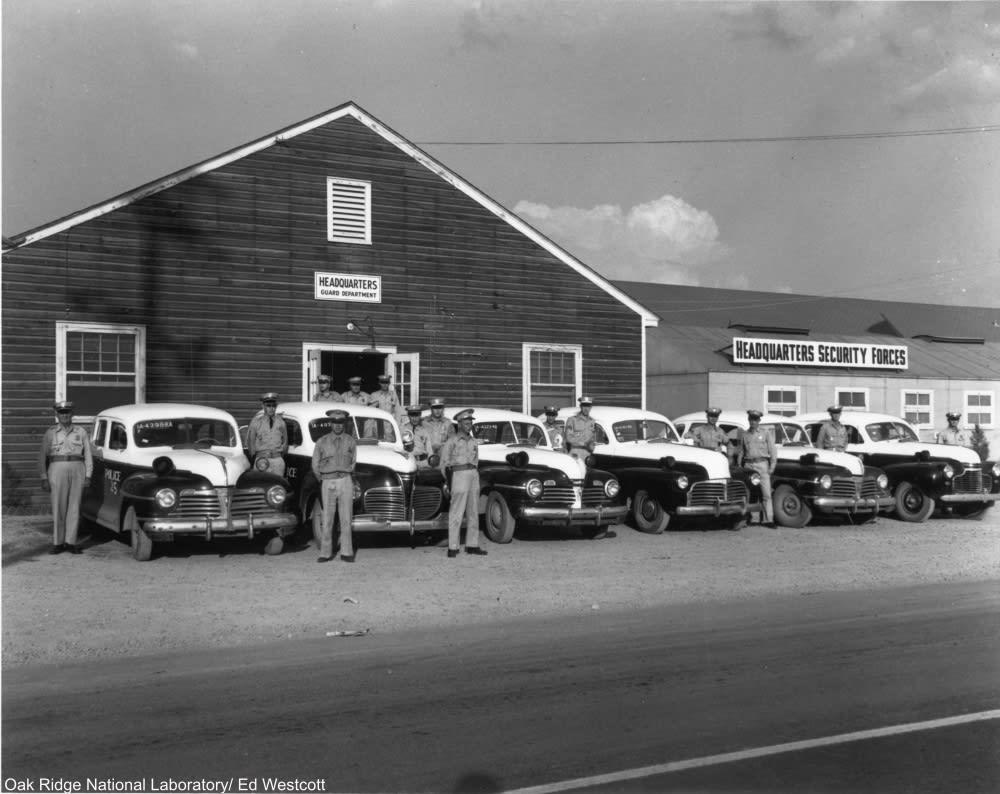 Police security at the Oak Ridge facility. Via/ Flickr 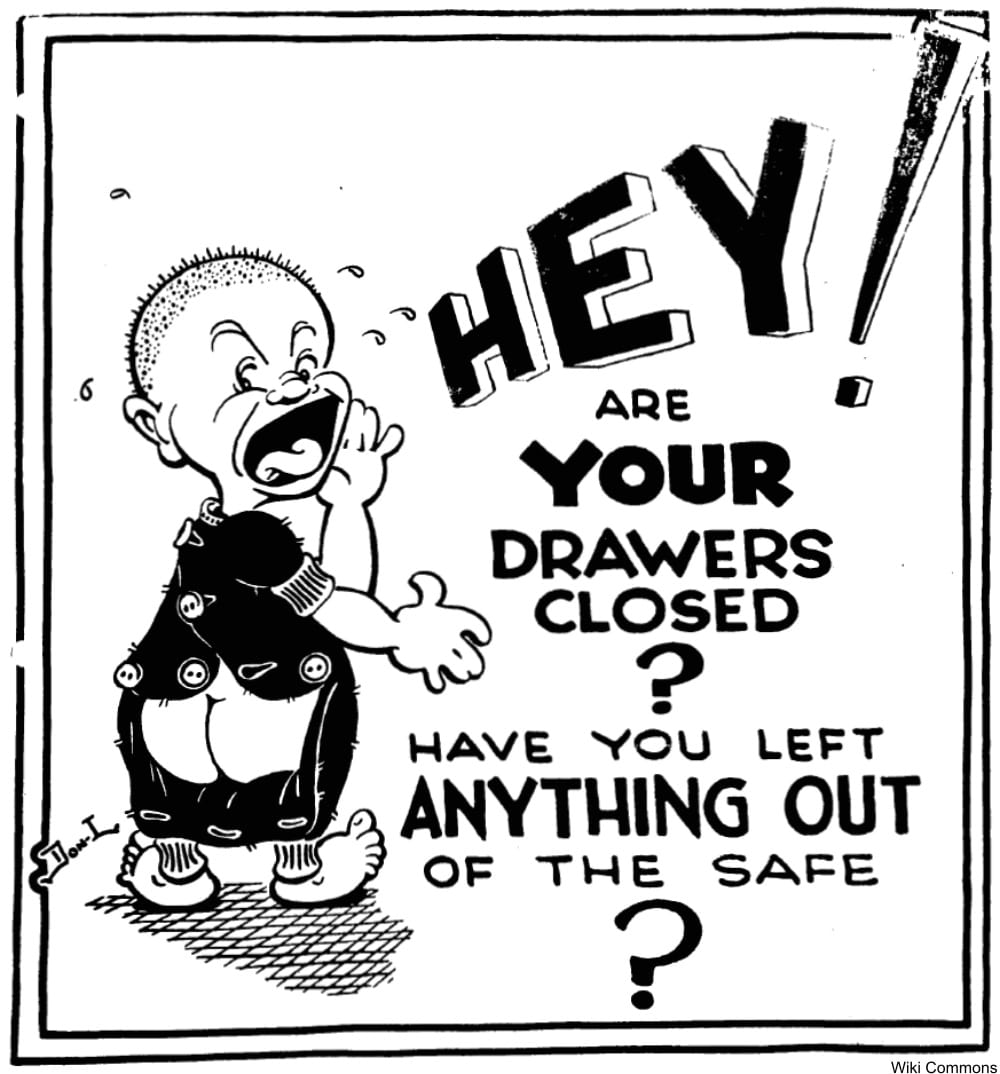 Poster that hung in Manhattan Project facilities during World War II. Many people employed by the military knew their work was classified, but did not know exactly what their work was creating. Via/ Wiki Commons 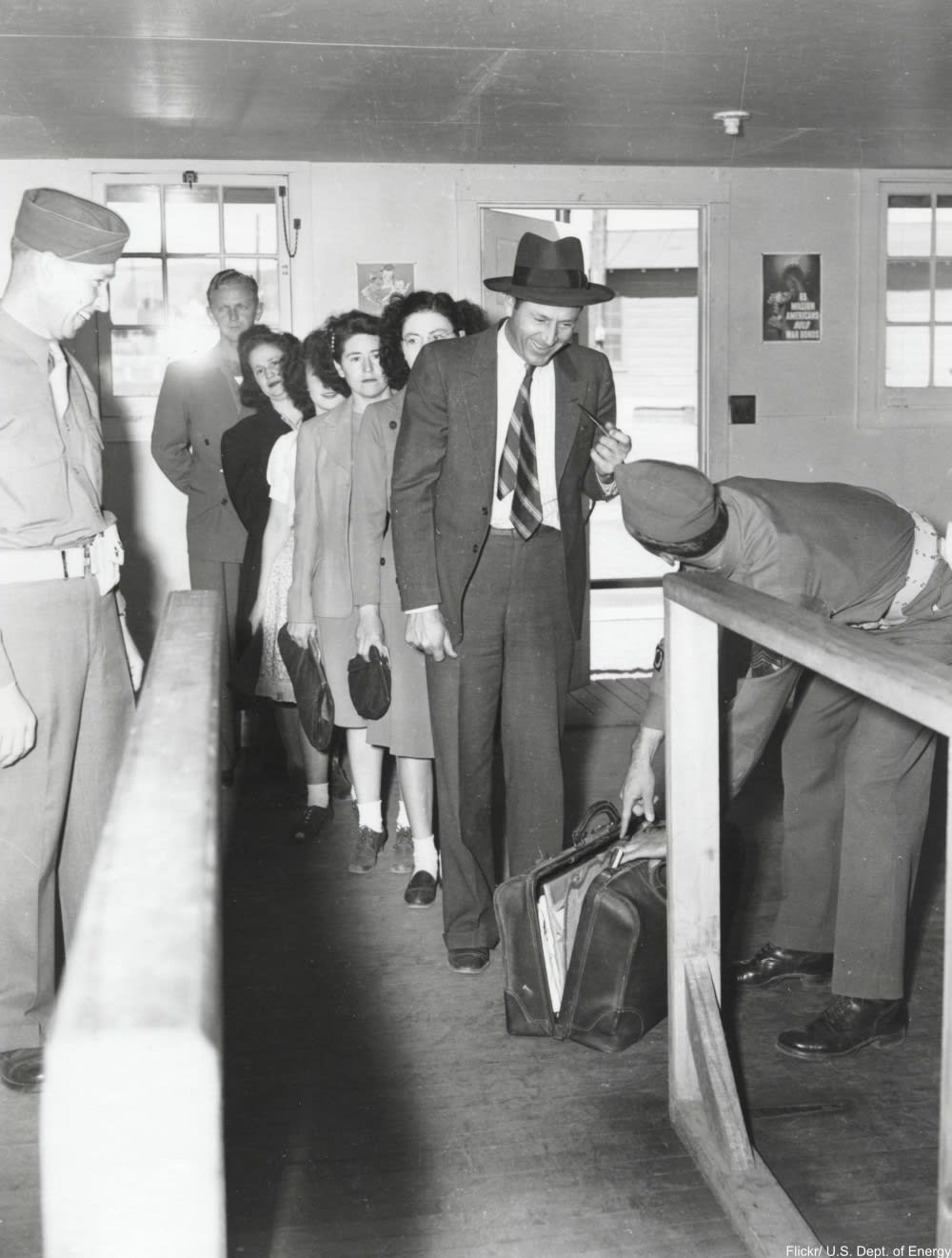 Click the “Next Page” button for more on the everyday goings-on of the Manhattan Project!