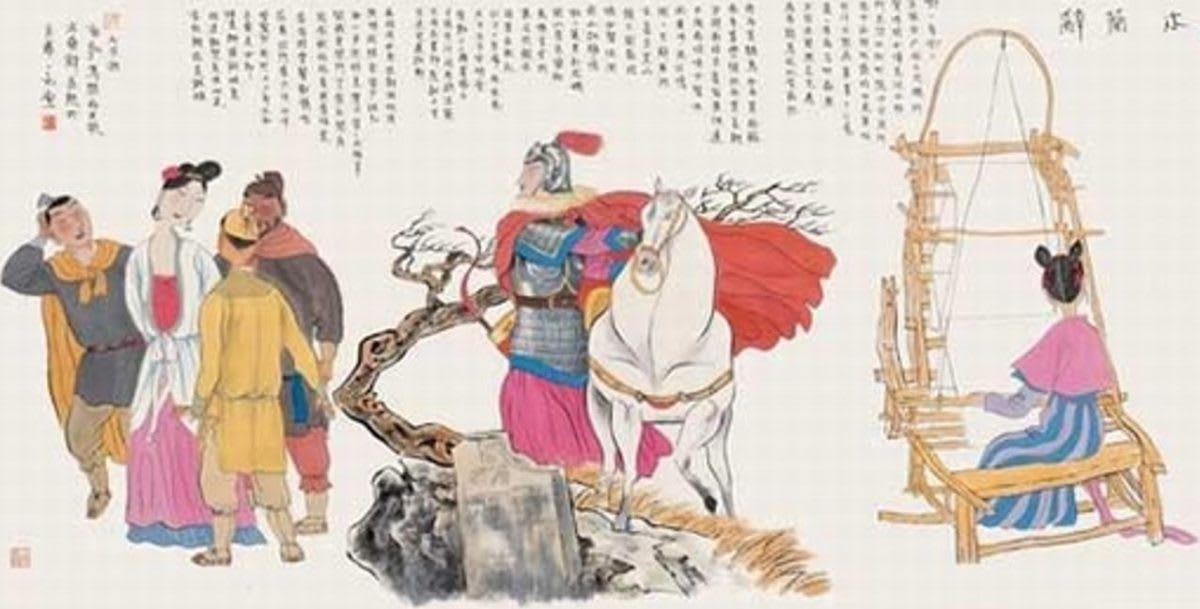 A 12th Century tapestry depicts the Ballad of Hua Mulan. | US Library of Congress

The legend that informs the Mulan movies is recorded in a 700-year-old Chinese poem called the “Ballad of Hua Mulan”. The poem tells of a strong and beautiful peasant girl named Hua Mulan who volunteers to take her elderly father’s place in the dynastic army.

Next: The real Mulan’s battlefield heroism!