Planters Mascot ‘Mr. Peanut’ Dies At 104 While Filming A Commercial

Most of us grew up knowing ‘Mr. Peanut’ as the logo and mascot for the Planters brand. Unfortunately, the nutty guy has passed away at the old age of 104, the company announced on January 22nd, 2020.

It turns out that Mr. Peanut died while trying to save the lives of his good friends Matt Walsh and Wesley Snipes. They were all filming a new pre-game Super Bowl ad in the brand’s NUTmobile. 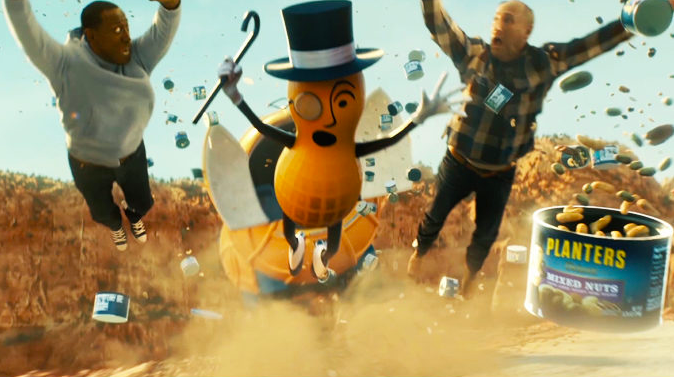 “Mr. Peanut, Matt Walsh and Wesley Snipes are on a nutty adventure in the NUTmobile when Mr. Peanut is forced to swerve, causing the vehicle to spin out of control. The trio jumps out of the NUTmobile, clinging to a tree branch, as the vehicle crashes down into a deep canyon below. They momentarily find safety until their combined weight begins to break the branch. In the ultimate act of friendship, Mr. Peanut lets go and sacrifices himself to save his friends from impending doom.”

Check out all the events that lead up to Mr. Peanut’s demise in the video below:

The ad is set to air before the big game during the pregame show. The brand will then air its official Super Bowl commercial featuring Mr. Peanut’s funeral during the third quarter of the game.