With the recent release of Mountain Dew Zero Sugar, it looks like we already have another flavor to look forward to: Mountain Dew Frostbite. The flavor is said to be released in the Spring and is the coolest shade of blue.

The news first started making the rounds on Reddit and people are already saying that it kinda looks like it is just a rebranded Mountain Dew White Out.

Reddit users mtndewinsider has since posted a first-look of the Mountain Dew Frostbite, which they obtained from an anonymous “insider.” 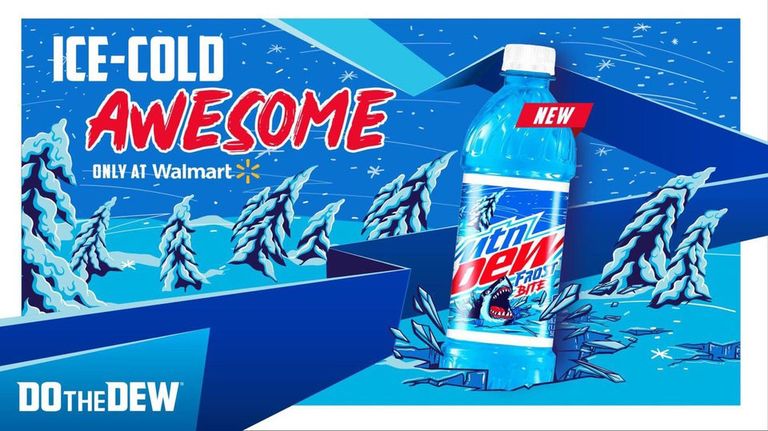 According to the post, Mountain Dew Frostbite is coming to Walmart exclusively in April 2020.

The newly designed bottle shows bright blue soda busting through the ice and a vicious shark taking a bite out of the logo.

No one has any clue what Mountain Dew Frostbite is going to taste like. But based on the pictures alone, we can imagine it tasting like berry, blue raspberry, or fruit punch. Knowing the brand, they have been known to create some crazy flavors so we are just going to have to try it when it arrives in stores.