Which Is More Valuable? UK Antiques Roadshow Pits Wedgwood Against a Vintage Skateboard

It’s a debate which has been had by many parents and their children in the past few decades: which is more valuable – the parent’s antiques or the child’s more modern collectibles? In the case of something like Star Wars memorabilia, the prices can be quite high for objects which don’t seem all that precious when compared to their modestly-priced cousins at the big box store.

When compared to something like antique ceramics, the difference in craftsmanship and style is instantly apparent. Despite that the prices for Star Wars collectibles can outstrip many antique items. The debate continues in many households, but rarely do they get a chance to be settled so definitively as the two objects below. 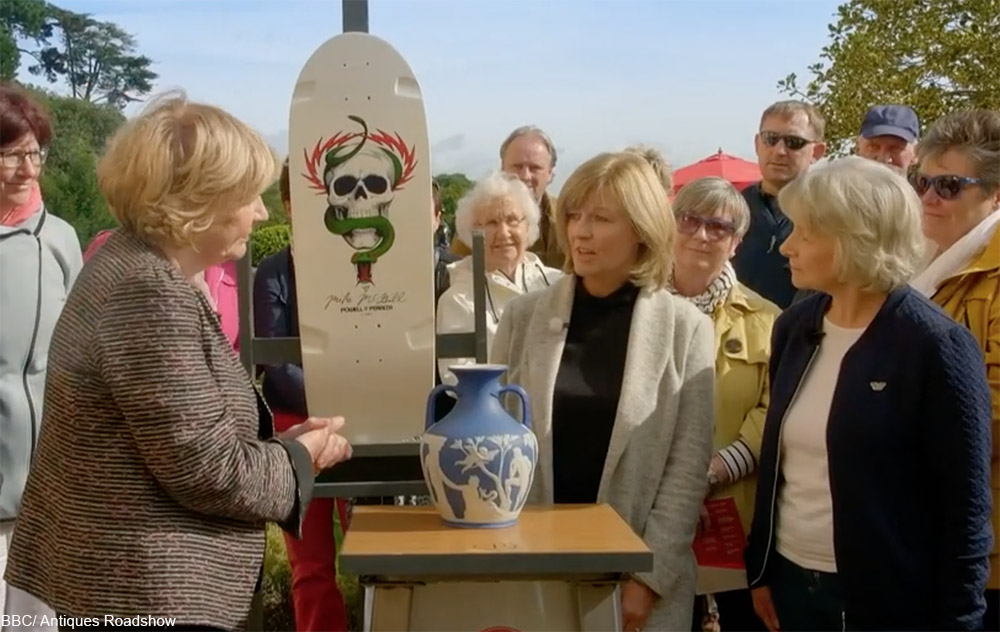 In the case of a mother and son in the U.K. they’ve been arguing for years over whose most prized possession will one day be worth more. The mother has argued that her intense blue, pre-Victorian Wedgwood vase with Grecian handles is truly a classic. The vase is copied from a 17th study of a Roman vase, featuring “undraped” figures that in the Victorian era would have been covered up for reasons of modesty.

Her son on the other hand, has said for years that a mint condition 1980s piece of iconic skateboard artwork will one day be the more valuable of the two. The piece features a skull and green snake on a white background. The skull is “crowned” in red lightning, much like the laurel crowns of the caesars. So confident was he in its value, he has referred to the skateboard all these years as his pension fund! 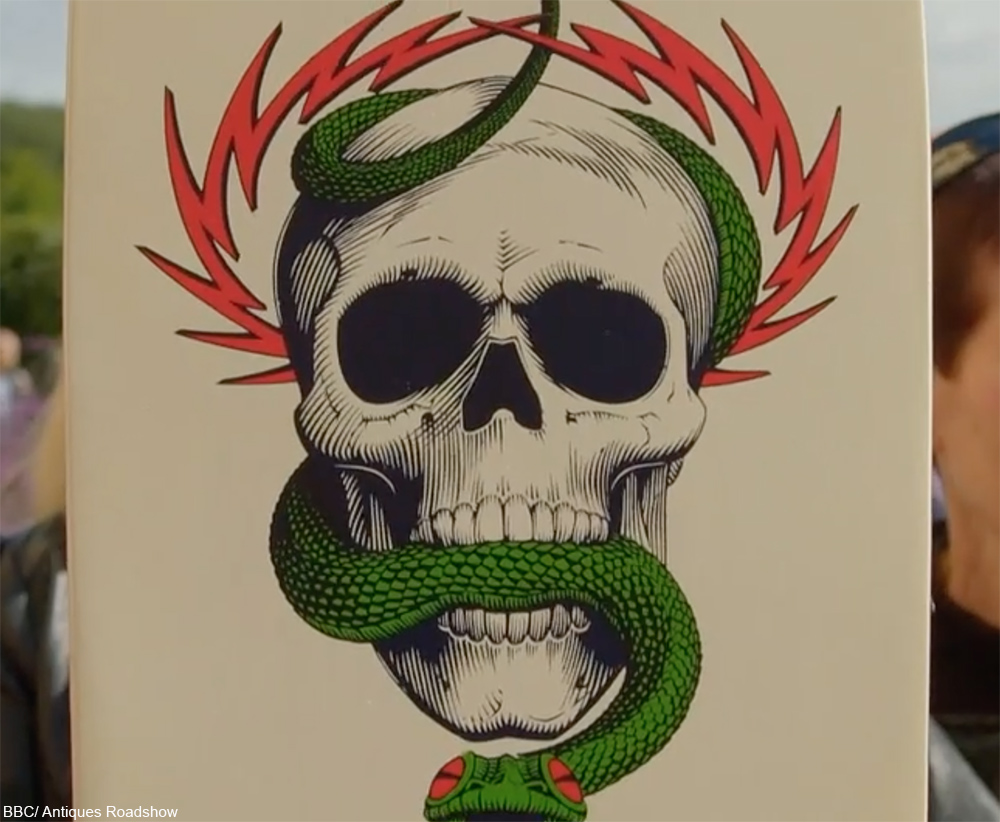 The matter is settled on Antiques Roadshow U.K. when the two get expert advice from antiques appraiser Judith Miller. Find out whose item is more valuable in the video below, filmed in 2019 at the historic Osbourne House.

The costume jewelry that's actually worth money: Click “Next Page” below!