The Most Popular Christmas Movie In Each State

We probably all have that one Christmas movie we watch every year and it may even be a tradition that we pass down from one generation to the next. Christmas movies stretch back for multiple decades, or it could be a more recent movie, such as Die Hard.

House Method, the home advice website wanted to take a closer look at the favorite Christmas movies according to the state where you reside. 4580 people were polled and the information was compiled into this attractive infographic. 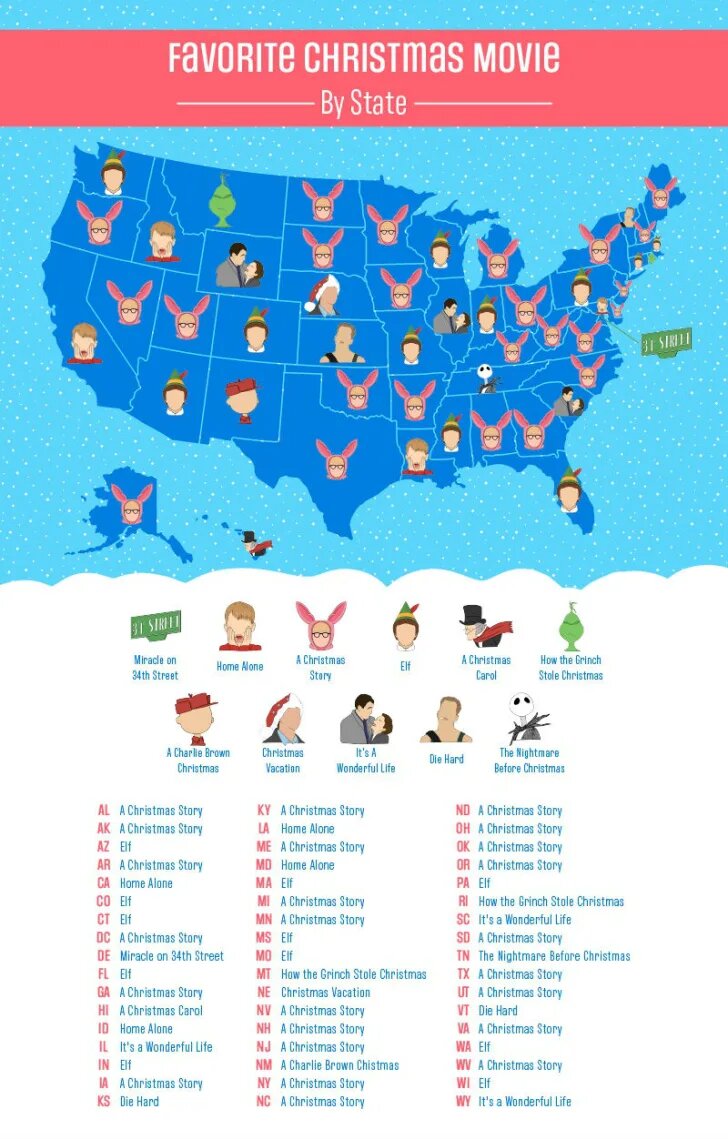 It’s no big surprise that A Christmas Story was the most popular in 24 out of 50 states. 12.8% of those who responded claim that it is their favorite. Elf, the 2003 Will Ferrell comedy was in second place with 11 states and 11.2%. The other three in the top five included Home Alone, It’s a Wonderful Life and the 1993 Movie, The Nightmare before Christmas.

One of the interesting standouts in the voting was Nebraska, which claims that National Lampoon’s Christmas Vacation is their favorite.

Here’s a further breakdown of the results: 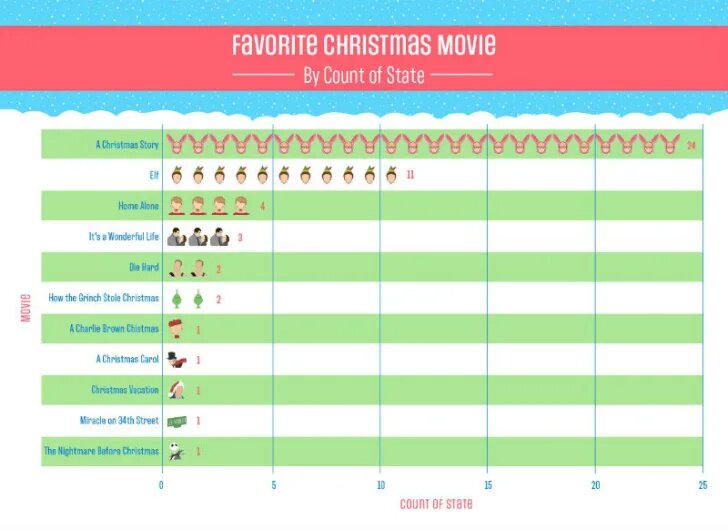 Taking a closer look at the overall percentage is where you see Christmas classics such as A Charlie Brown Christmas and Rudolph the Red-Nosed Reindeer. 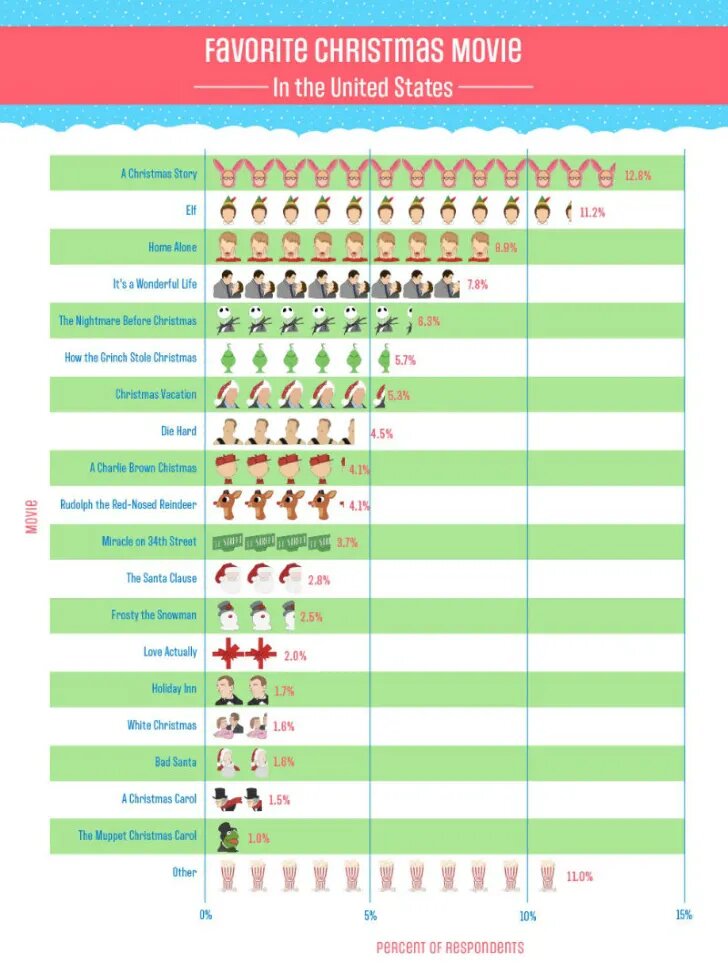 Diehard is a favorite in Vermont and Kansas. It may not actually be a Christmas movie, but it is a Bruce Willis movie that is set during Christmas in Los Angeles. 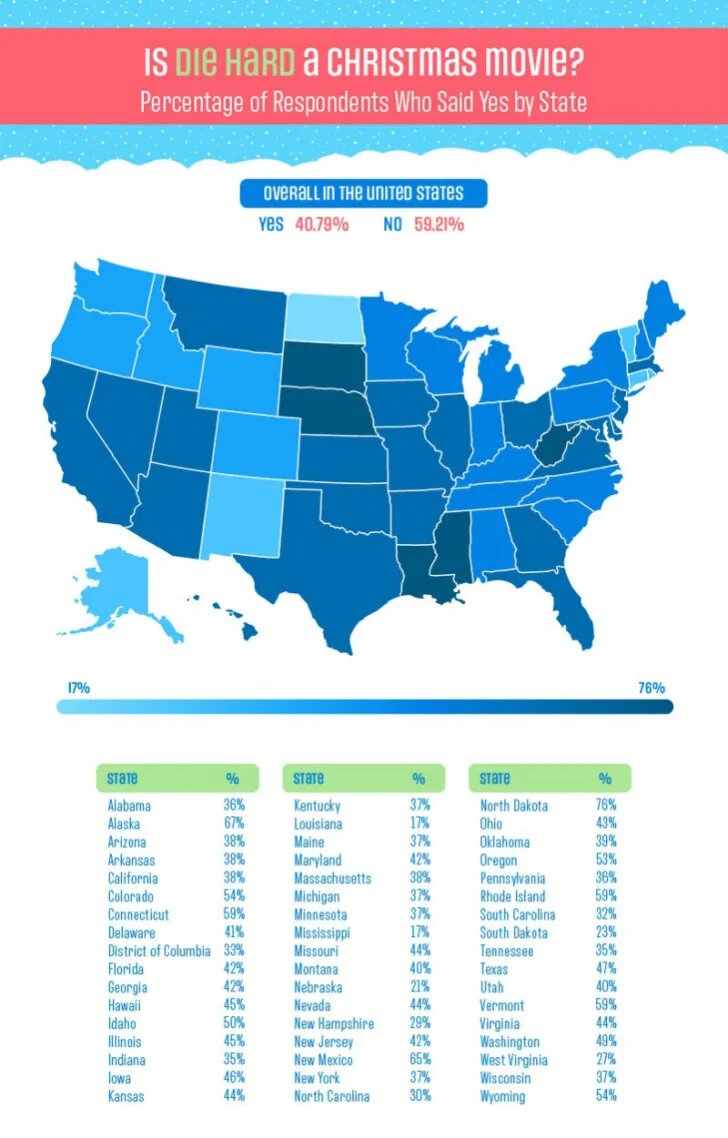