The History of Three Simliar Characters: Morticia, Vampira, and Elvira

At first glance all three of these characters might seem the same. However, upon closer inspection two of them took their inspiration from the original vamp queen- the unnamed matriarch of Charles Addams’ 1930s comic The Addams Family. When we take a closer look at the history of each character and her most famous actress, we find a number of similarities -and differences- between them. 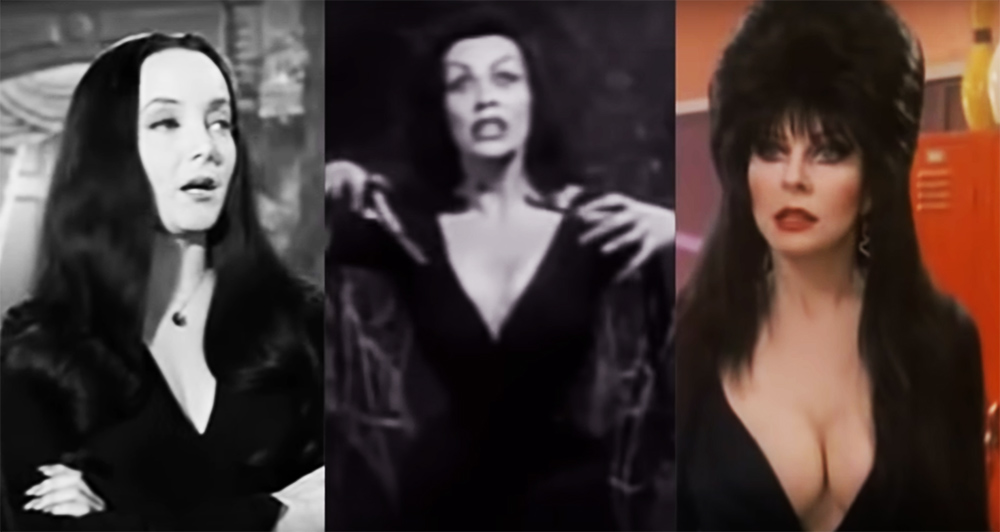 Maila Nurmi was a Finnish immigrant who started acting and modeling in the 1940s, posing for cheesecake photos and doing some burlesque. Her Vampira character first got started when she wore a plunging dress and exaggerated eye makeup look inspired by Mrs. Addams to a Hollywood costume party. 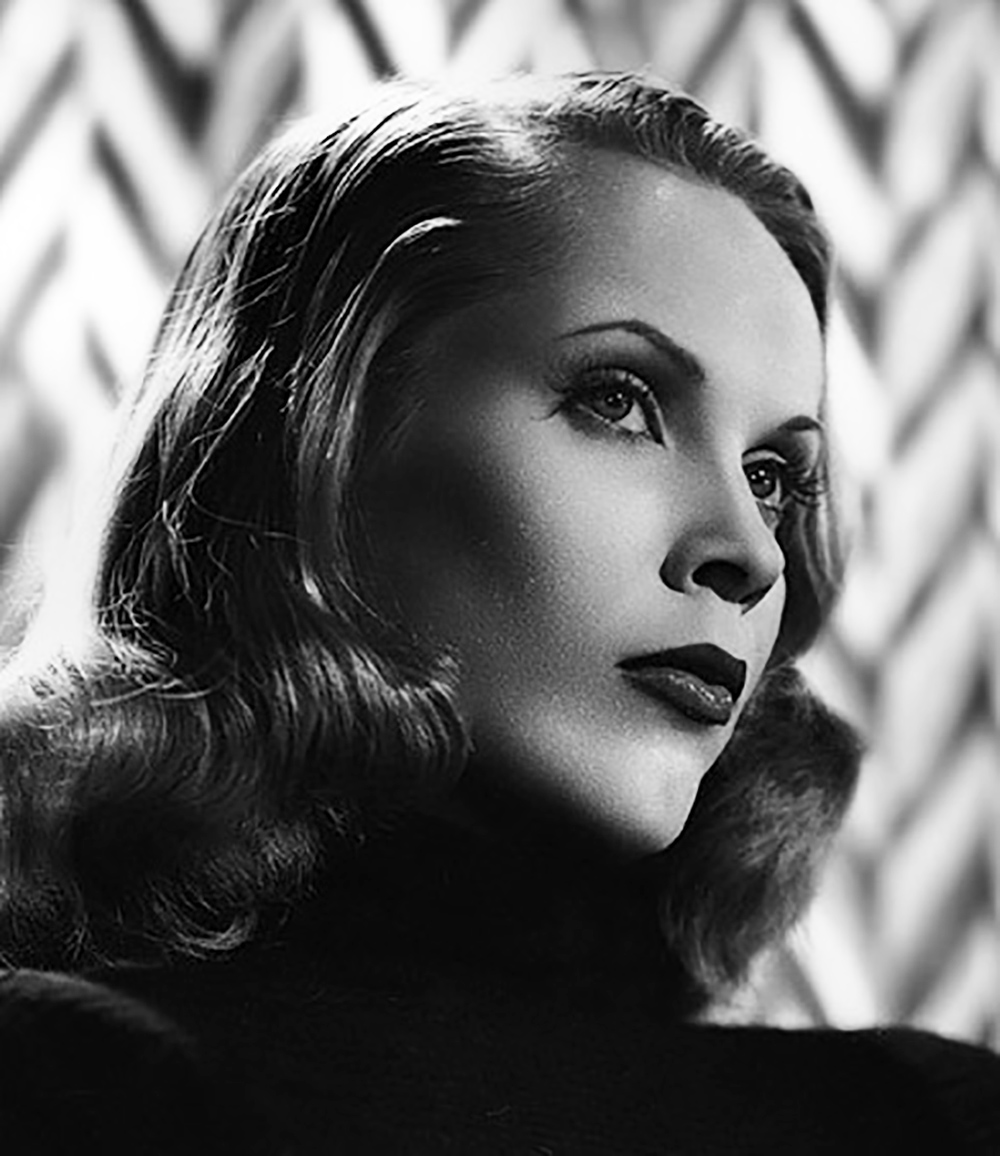 It was there that she was spotted by a TV producer who immediately saw a market for her novel costume and vampy presentation. Nurmi was also inspired by the Dragon Lady from the comic book, Terry and the Pirates which began publication in 1934, as well as the evil stepmother Queen from Snow White (1937). 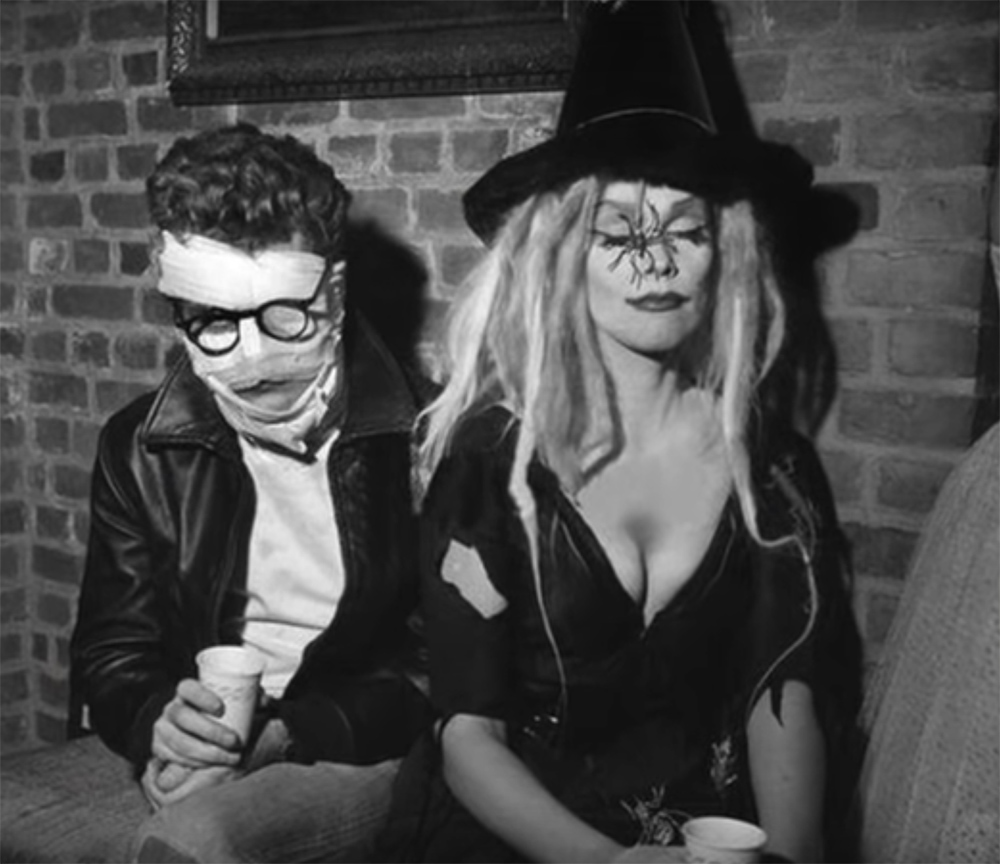 Nurmi got the job hosting The Vampira Show from 1954-1955. She was an early horror host in the burgeoning genre. She later appeared in Plan 9 From Outer Space in 1959. Her figure was also used as the inspiration for the animated character of Maleficent for Disney’s 1959 film, Sleeping Beauty. 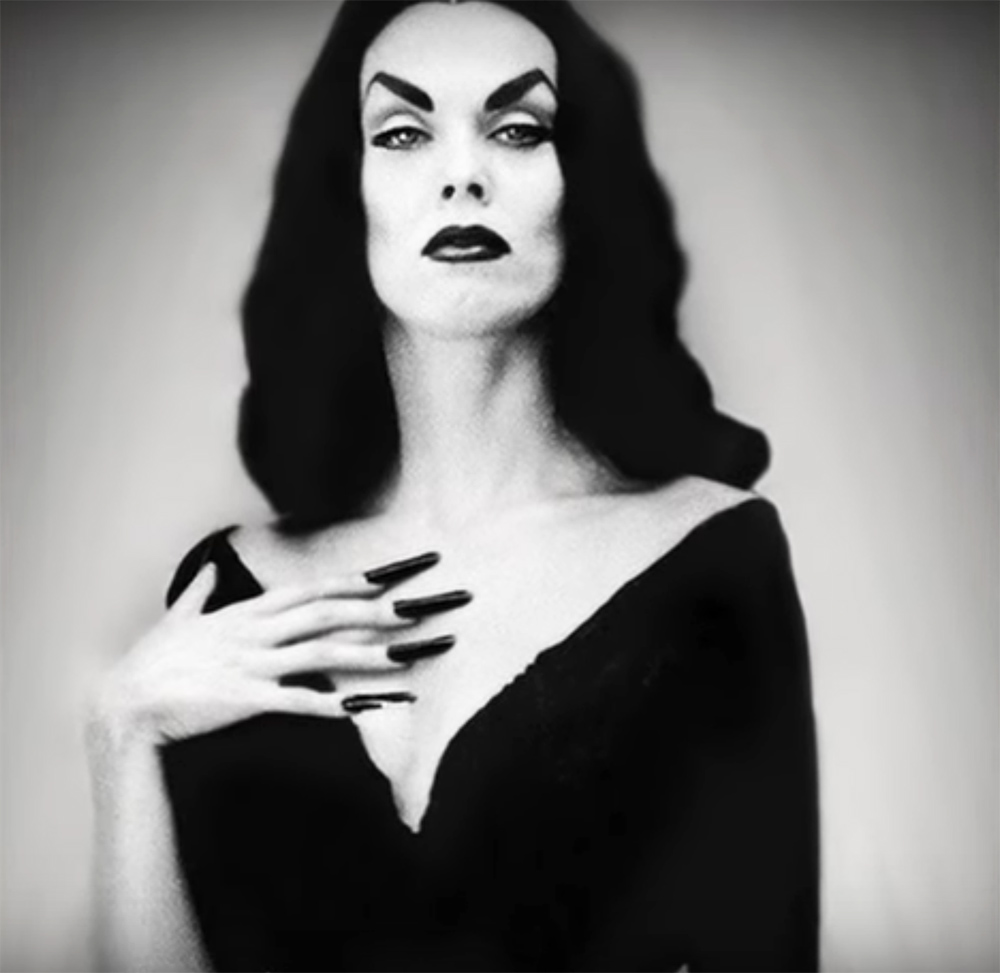 After years of being a blonde and playing zany characters, like Miss Finch in The Seven Year Itch (1955), Teddy in Invasion of the Body Snatchers (1956) and “The Existentialist” in The Bachelor Party (1957- for which she returned to her dark hair), Jones was given the role which would become her signature performance. 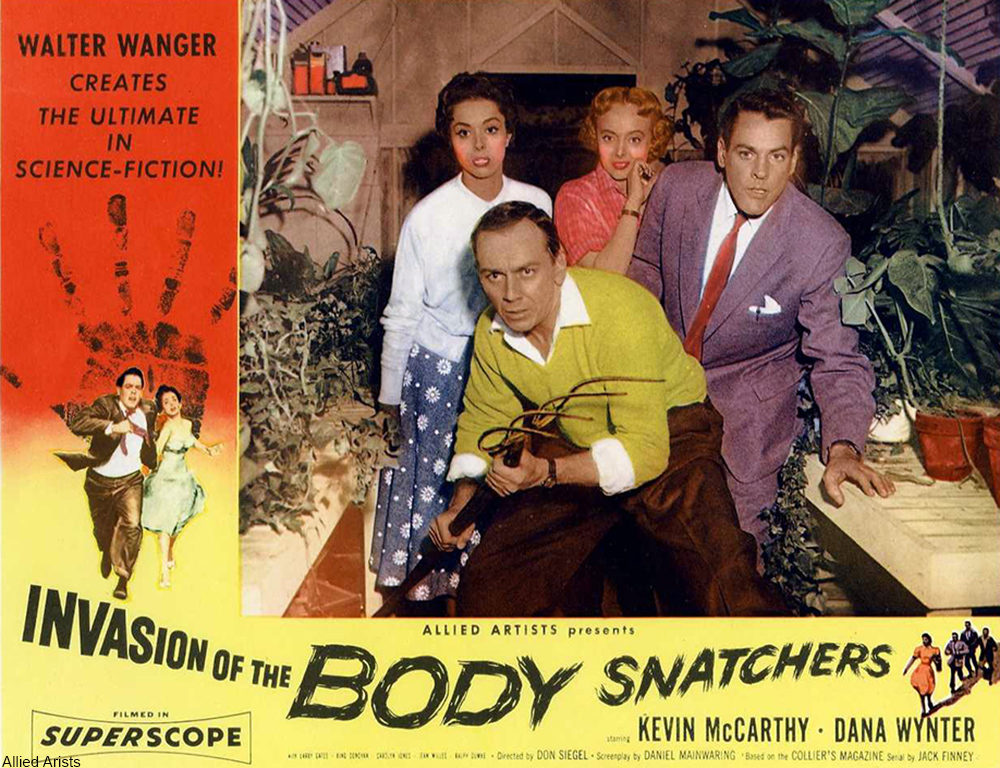 In 1964 Jones was cast in the role of Morticia Addams, the matriarch of The Addams Family TV show. The mother to Pugsley and Wednesday had, in comics over the years, never before had a name. Jones reportedly loved the role and relished playing such a passionate and quirky character. It also didn’t hurt that she had good chemistry with her costar, John Astin. While her appearance was obviously tied to the original Charles Addams comic character, there is unmistakably something of Vampira in her appearance as well. 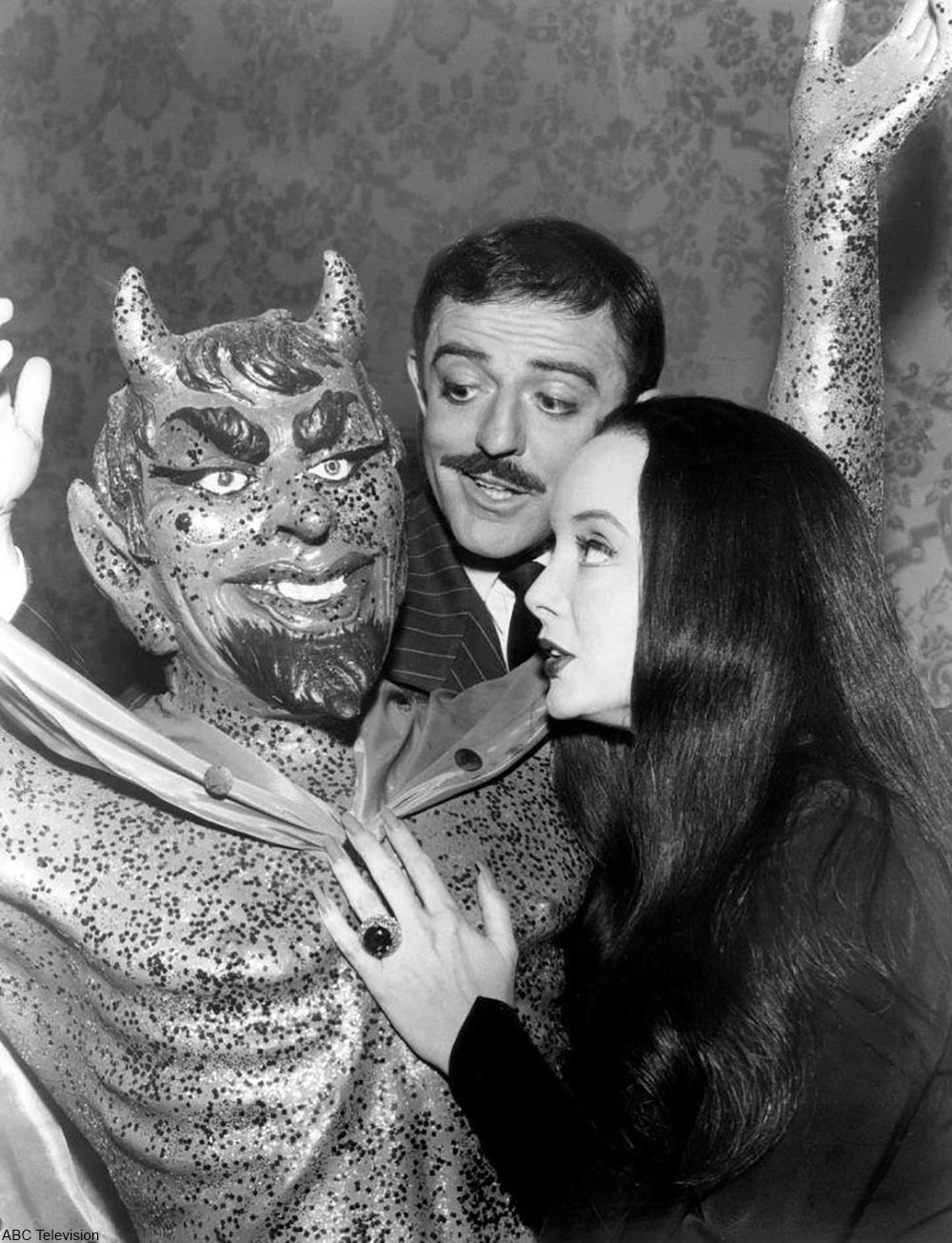 Flash forward to 1981 and a local horror film show in Los Angeles was in need of a new host. Cassandra Peterson was known from her improv work and from her small appearances on screen -like in Diamonds Are Forever (1971). She took the sexiness of Vampira and made it her own for her new Elviraa character. In addition to the dark hair and tiny waist, she was given a dangerously low neckline and a super-teased bouffant hair style in true ’80s fashion. 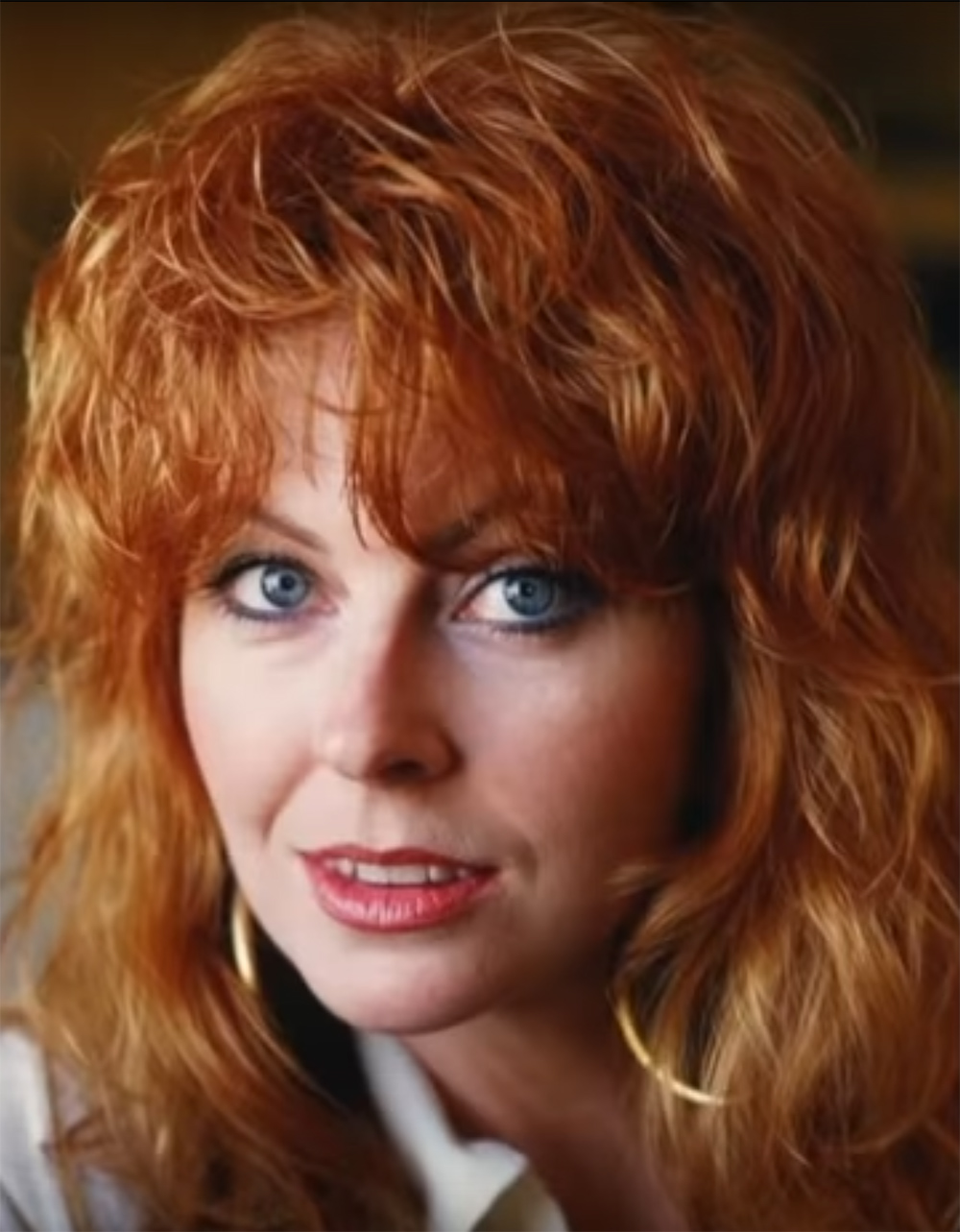 Her character, bawdy and self-confident, was so popular that her show (Movie Macabre) ran nationwide for 7 years. Her show centered around b-movies and horror films- genres which are easy to poke fun at as well as genuinely enjoy. Her role became a part of pop culture which still lingers today thanks to the show and several subsequent films. 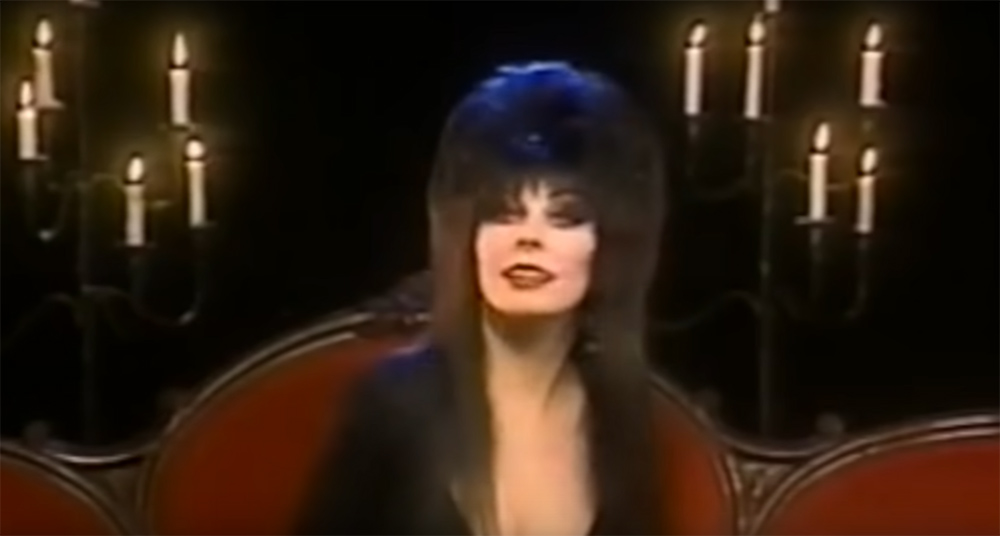 One thing that all 3 actresses above had in common besides playing spooky, sexy characters? Each was either a blonde or redhead before their respective conversions to the dark side. In the 1990s the naturally-raven-haired Angelica Houston revived the character of Morticia Addams, reportedly using Little Edie Beale from Grey Gardens (1975) as one of her inspirations.

Have a closer look at these lovely women (2 of which had ties to Elvis Presley!) and their fierce characters in the video below – as researched and narrated by Lindsay Holiday.