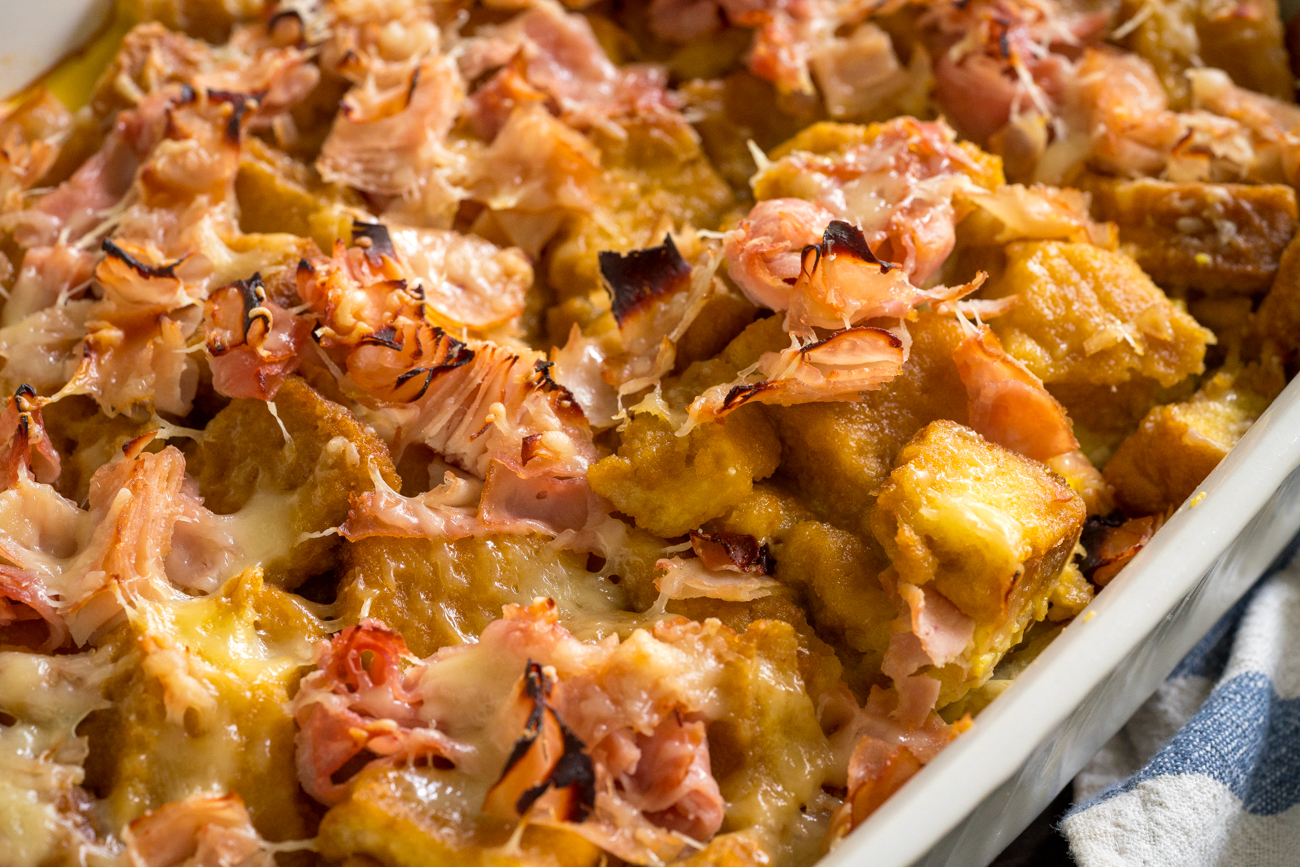 Have you ever had a Monte Cristo sandwich? Layers of turkey, ham and Swiss cheese, wrapped up in bread and then deep-fried and coated in powdered sugar…it sounds totally insane, but it’s absolutely delicious and totally works – just give it a chance! Instead of battering and deep-frying our own sandwiches, which sounded like a lot of work that we didn’t feel like doing, we turned the classic sammie into a casserole. And not just any casserole, a casserole that’s perfect for breakfast, lunch or dinner! 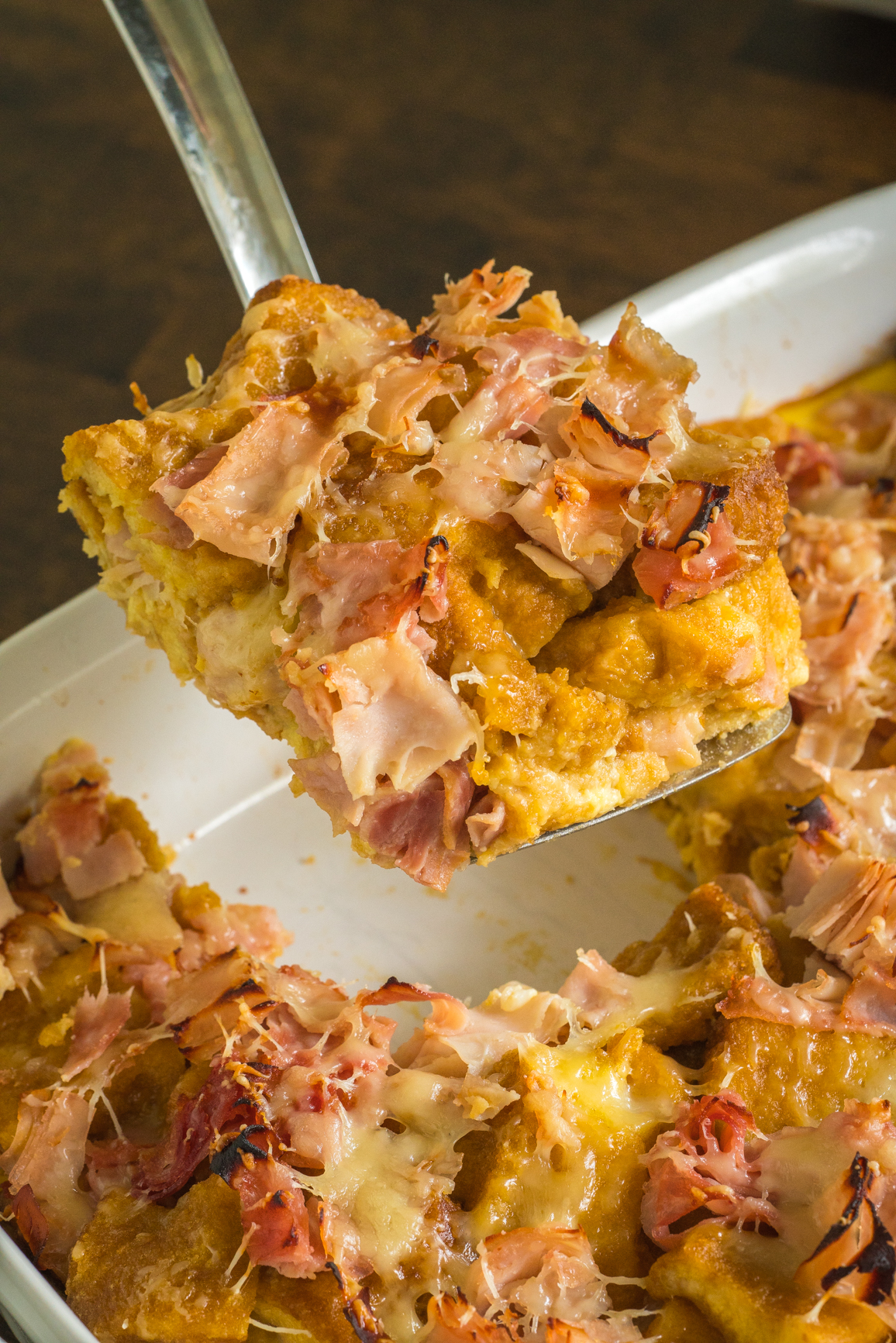 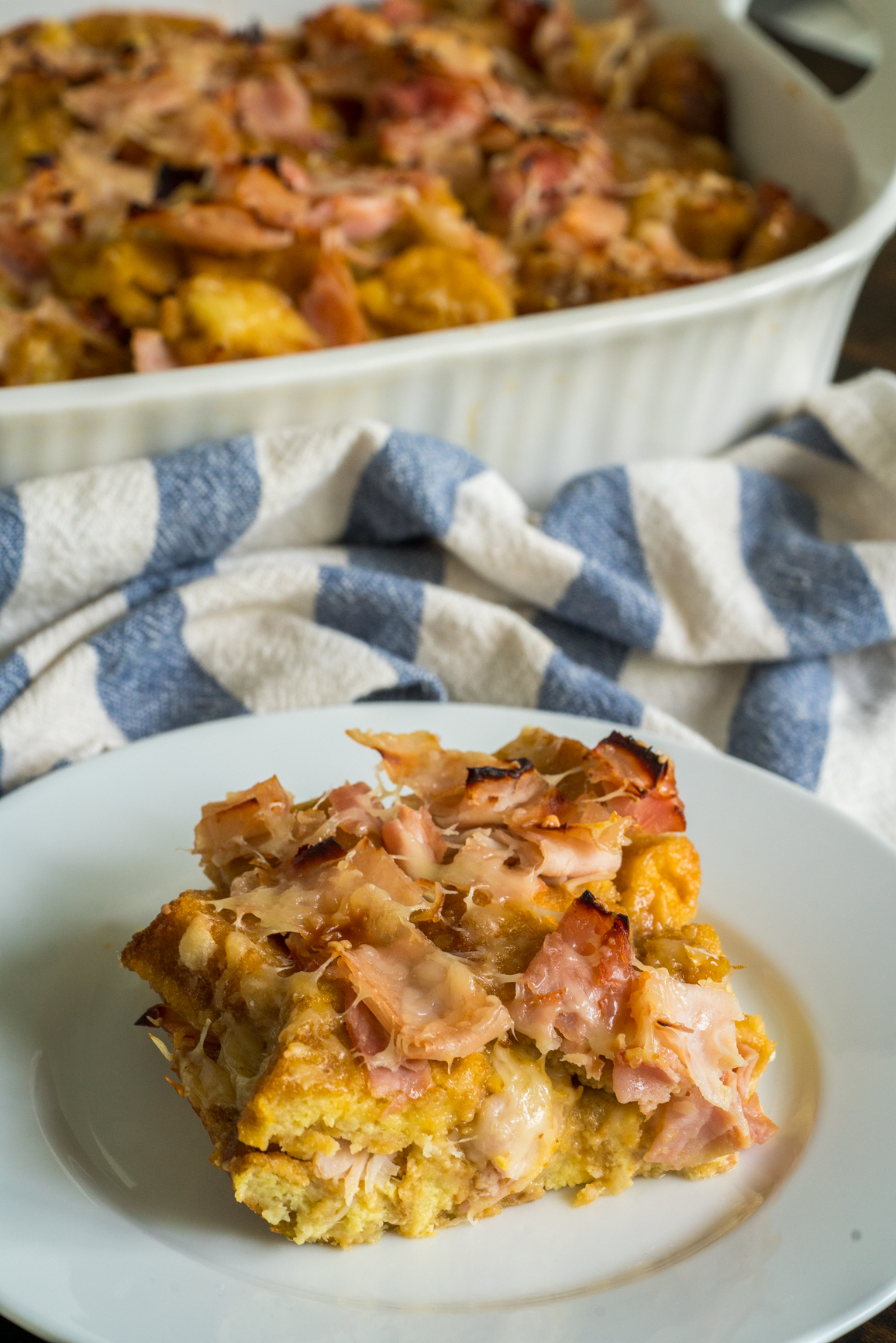 So one of the best (and most guilt-inducing) parts of the Monte Cristo is the deep-fried, powdered sugar-coated bread that holds all the other essential elements together. We couldn’t bear to lose the flavor of the bread, but we cut a few (read: a lot of) corners and used frozen French toast sticks as the base of our dish. They’ve got a hint of sweetness that hits the spot without being overwhelming, so we just cubed them up and made a sort of savory bread pudding mixture to coat them in – so unbelievably yummy. 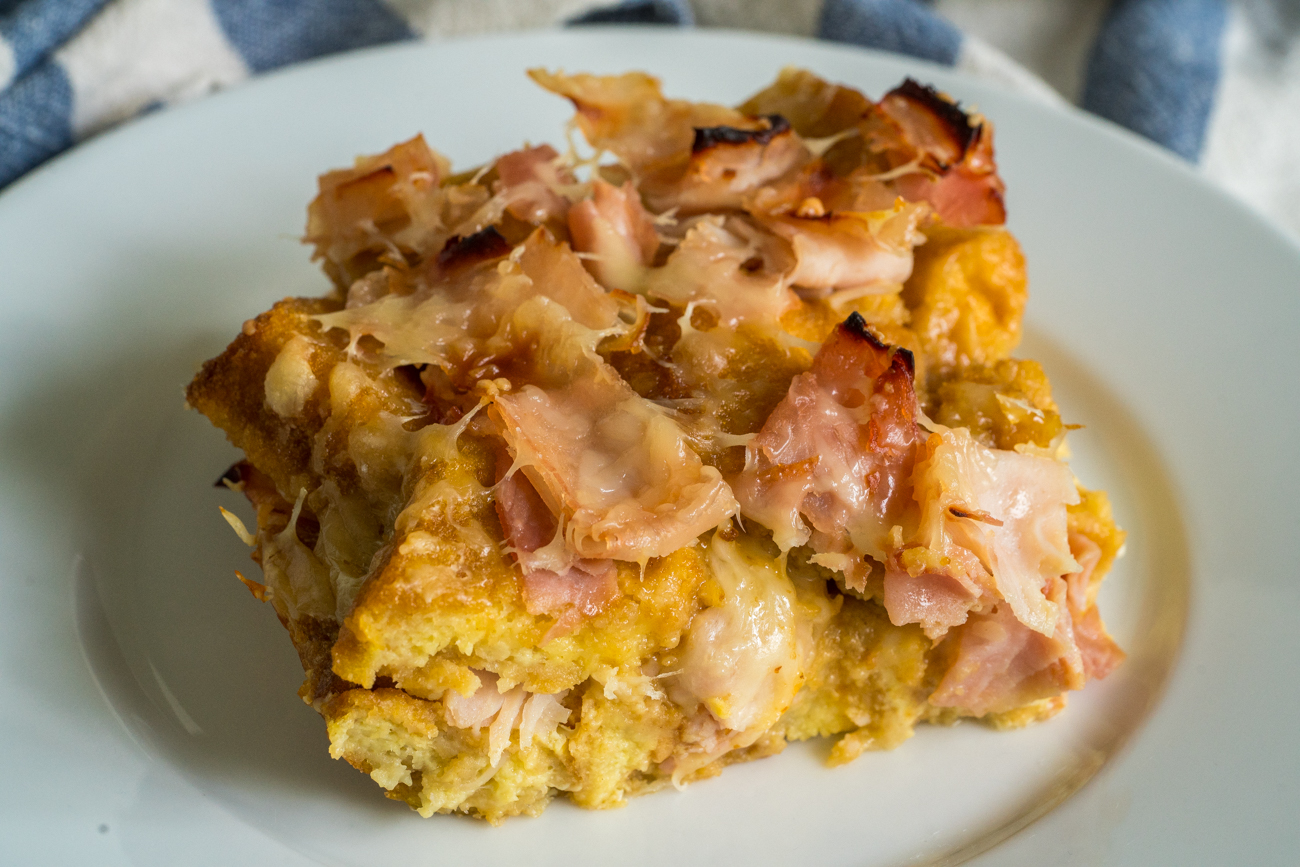 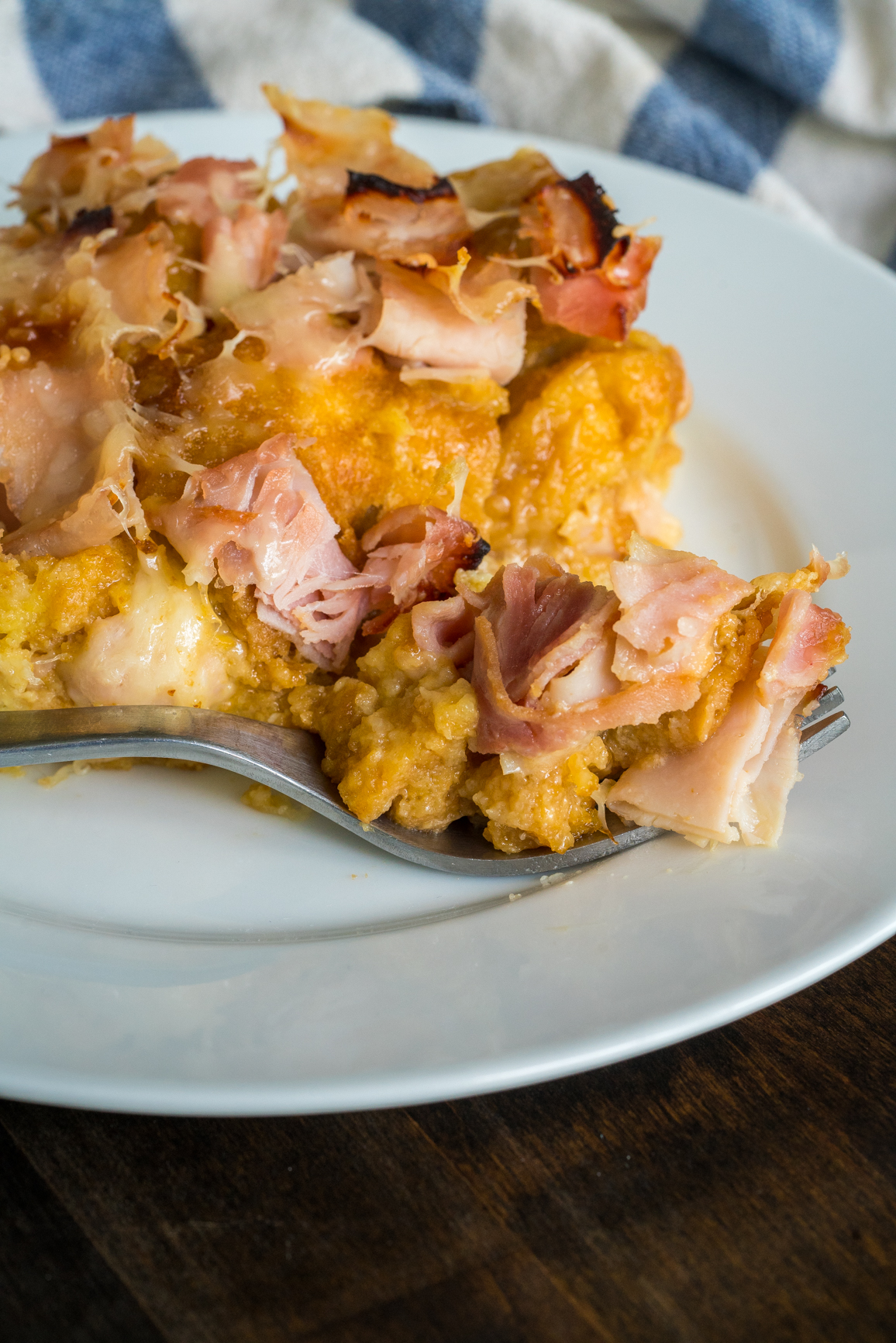 Once you’ve got your bread bases covered, you place half of the mixture in your baking dish and then cover that with sliced and diced turkey and ham. You could just layer slices of turkey and ham over the bread without slicing them up, but we think it makes for a slightly more manageable eating experience to have them diced. Load up on Swiss cheese, then repeat with your remaining bread, turkey, ham and cheese. Pop it all in the oven until your cheese is melted and bubbly and your bread has absorbed all the egg mixture…you guys, this stuff is so good! 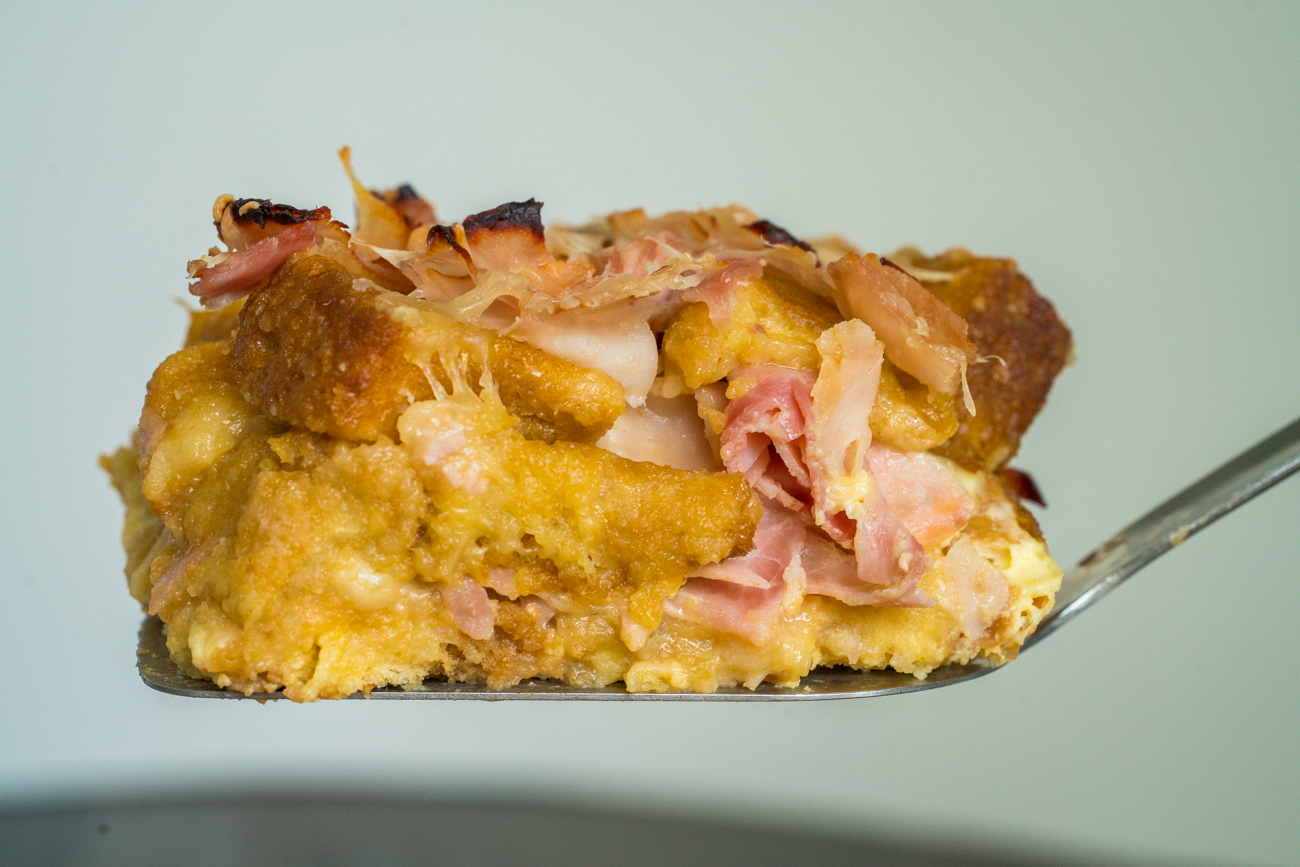 Even if you’ve never even heard of a Monte Cristo and think the whole thing sounds insane – which it is, in a good way – this is a great casserole recipe to have on hand. It’s got a sweet-savory vibe that is unbeatable, plus it really does work for just about any meal. People will be hooked after the first bite, just like we were after our first bite of the famous sandwich…you can’t escape its greatness! 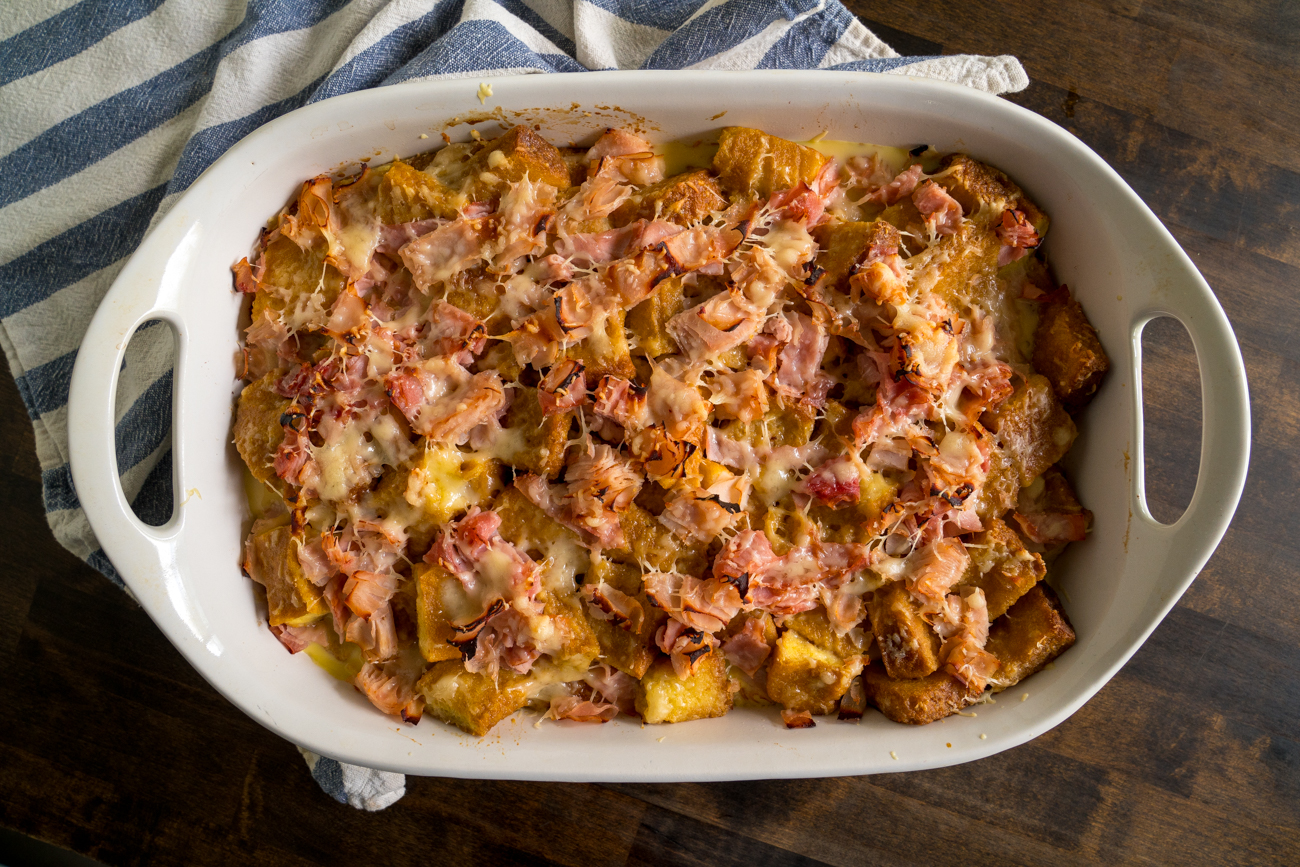