McDonald’s Turns Roadside Billboards Into Tiny Hotels To Save Honey Bees In Sweden. 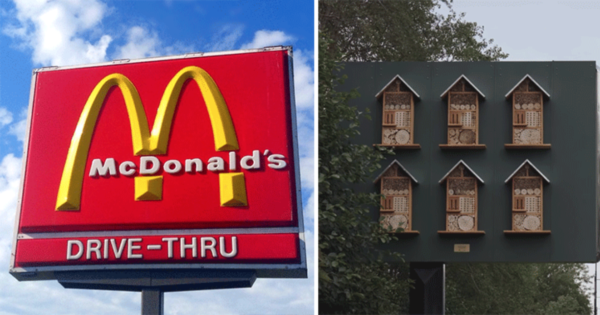 While honey bees aren’t endangered, their populations have been declining for years.

One of the major factors behind the worldwide phenomenon is the destruction of habitat. And it doesn’t just affect these insects — we have pollinating bees to thank for one-third of the food we eat. Without them, we wouldn’t have many of the crops we depend on to survive. That’s why McDonald’s is using its marketing tools to save the bees. 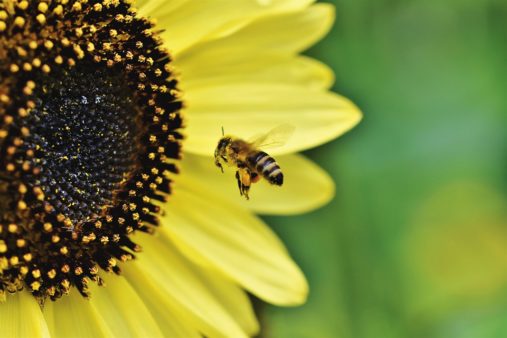 In Sweden, 30 percent of wild bees are threatened by extinction. So, in a bid to provide them with more living spaces, the Swedish branch of the fast food company has been putting up outdoor billboards that also serve as “bee hotels.” 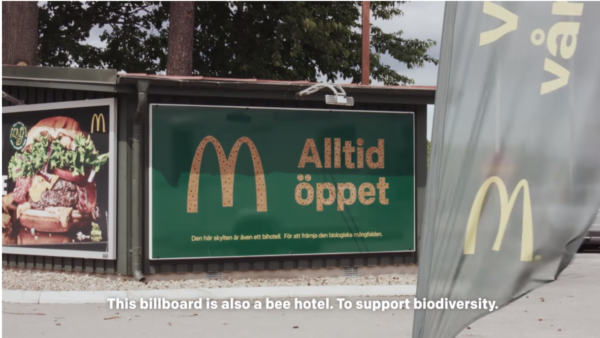 McDonald’s restaurants in Sweden have already done their part to promote bee biodiversity by allowing beehives on their roofs. The franchise recently even auctioned off “the world’s smallest McDonald’s” for charity, a fully functioning beehive called the “McHive.”

Now McDonald’s has partnered with outdoor advertising firm JCDecaux to attach bee habitats to the previously unused spaces on the back of its roadside billboards. The first six were installed on a sign in Järfälla outside Stockholm. And if they end up working, McDonald’s plans to implement more in the coming spring. 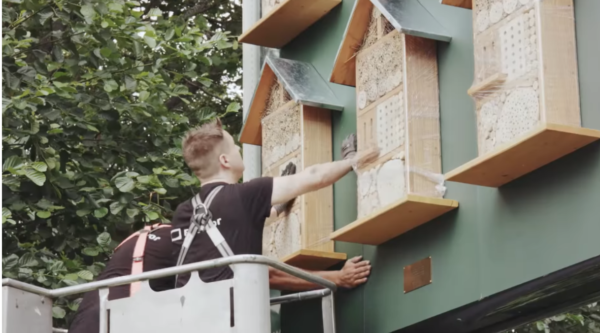 Some restaurants in Sweden have also installed permanent wood signs with holes drilled into them, providing even more homes for bees. 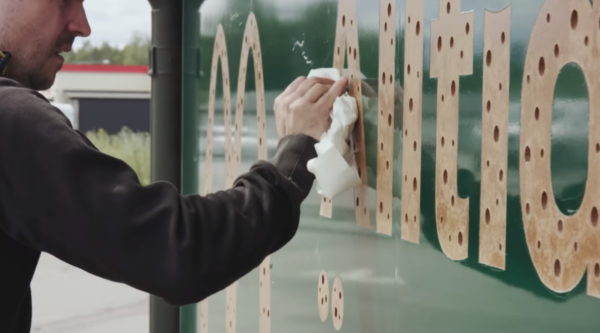 Through these efforts, the company hopes to house thousands of wild bees, enabling their populations to grow and thrive. It’s a brilliant idea we’d love to see catch on around the world. Wouldn’t it be amazing if one day, every billboard housed a colony of honey bees? 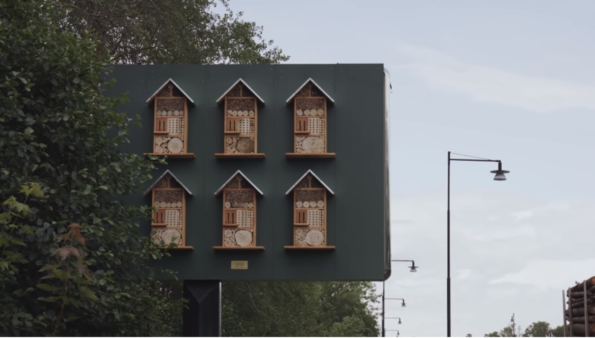