The Shamrock Shake is one of Mcdonald’s most popular treats. We spend an embarrassing amount of time counting the days until it is placed back on the menu. Now that February is here, March is right around the corner. This short month is going to fly by and it will be Saint Patrick’s Day before you know it!

In addition to the Shamrock Shake, did you know that McDonald’s is supplementing its menu with additional Shamrock choices this year? Read on to learn more about the new options that are going to be made available soon! 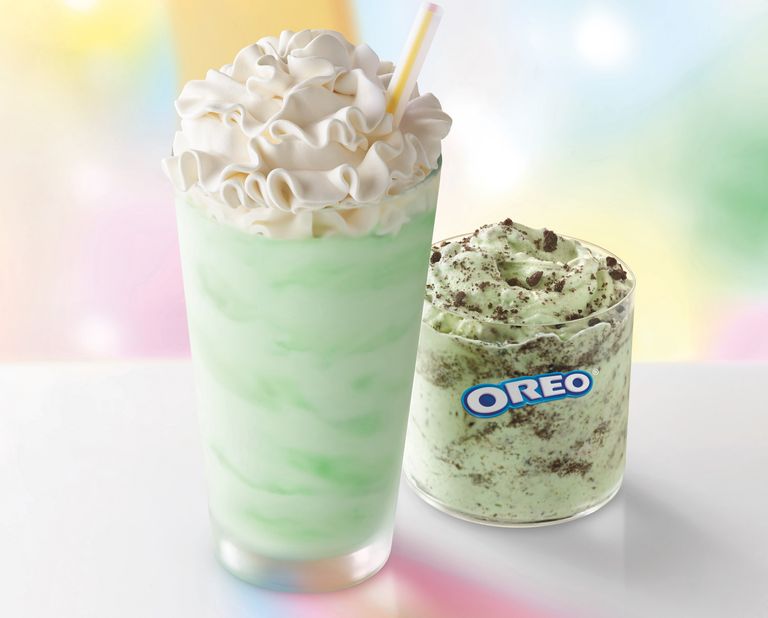 The Shamrock Shake makes its triumphant return on the 19th of February. This time, the Shake is going to have a new friend in tow: the Oreo Shamrock McFlurry. Our mouths are already watering. For those who have been waiting for the Shamrock Shake to be available nationwide, this is the sort of moment that calls for a major celebration.

This is the one McDonald’s beverage that seems to have its very own fan club. We understand the appeal, though. There is just something about a Shamrock Shake that we are not able to put into words. The buzz about the new beverage began during this past fall, though. McDonald’s decided that they were going to test a version of the Oreo Shamrock McFlurry.

#ShamrockShakeSZN is coming back for its 50th anniversary. Celebrate with the iconic shake or the brand new OREO® Shamrock McFlurry®, available 2/19! 🙌🎊🍀 pic.twitter.com/qWEid38DHP

If you would like to take home the Oreo Shamrock McFlurry, you are going to need to move quickly. As you may have expected, the beverage is only available for a limited time!

As if Saint Patrick’s day wasn’t exciting enough, this is more reason to celebrate. Are you guys as stoked as we are? Let us know your thoughts!