Now that the Shamrock Shake is on the verge of returning, McDonald’s customers probably already consider themselves to be very lucky. The addition of the Oreo Shamrock McFlurry definitely confirms that. However, there is more to the story than just these beverages. There’s another key development in the Shamrock world that needs to be shared with a much wider audience.

This cup is handcrafted and comes with 50 white diamonds and green emeralds. 18 karat gold was used to craft the cup, and the golden arches have been decorated with yellow diamonds. This definitely isn’t your normal, everyday fast food cup. The appraised value? $100,000! It is safe to say that you could buy a whole lot of Big Macs with that amount of money.

Would you like to get your paws on this cup? Of course, you would. That’s why you will need to head to the Ronald McDonald House Charities eBay for Charity page as soon as possible.

The auction starts today, so you had better act quickly. The cup is worth six figures but the auction price will start at one dollar. The bidding will be over at 5 AM on March 6th. 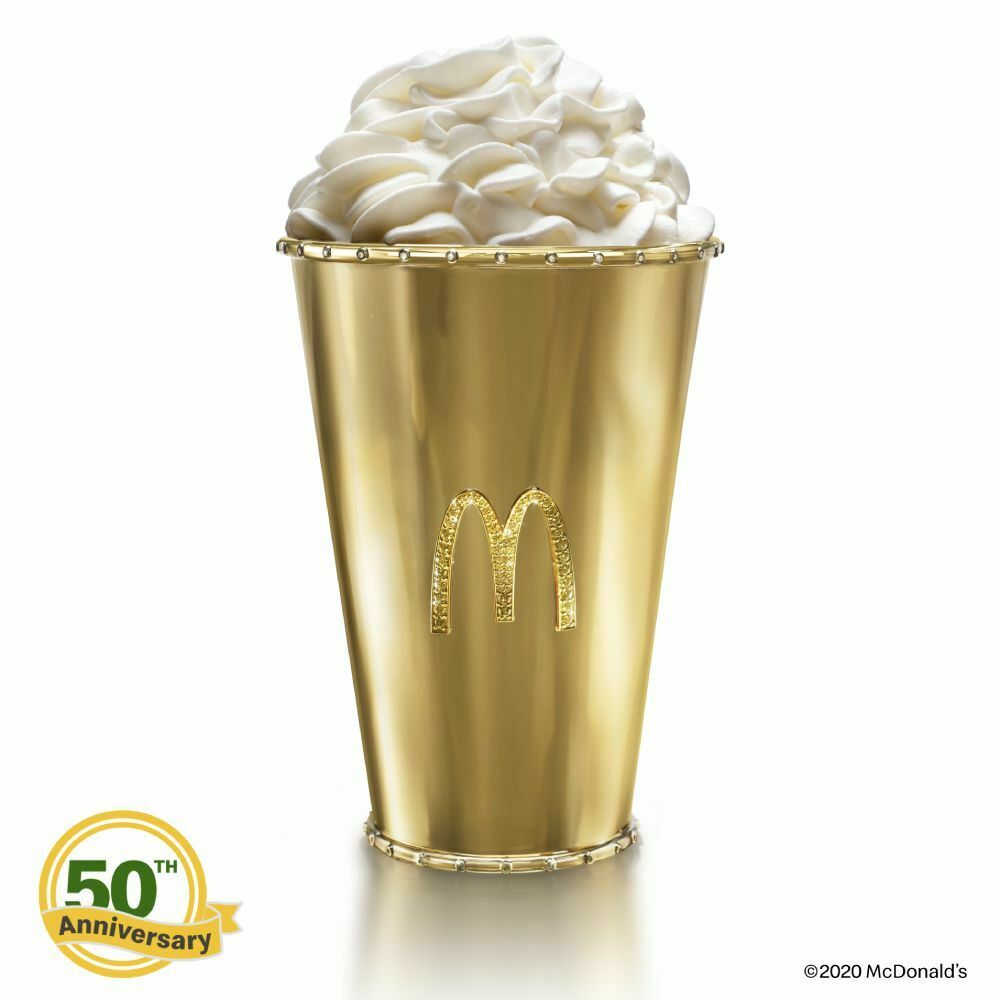 The proceeds from this auction are going to a great charity. The Ronald McDonald House is a valuable resource for those who are in need. If you are looking to find a golden cup and you don’t happen to have that much cash laying around, you are still in luck. Every customer who orders one of the aforementioned beverages is automatically entered to win a Golden Shamrock Shake.

This promotion also ends on the 6th of March. It would be nice to have all of our beverages sipped out of a golden cup like we were royalty. In the meantime, we will have to settle for drinking out of our old McDonald’s cups.

Please be sure to pass this awesome promotion along to your friends and loved ones!