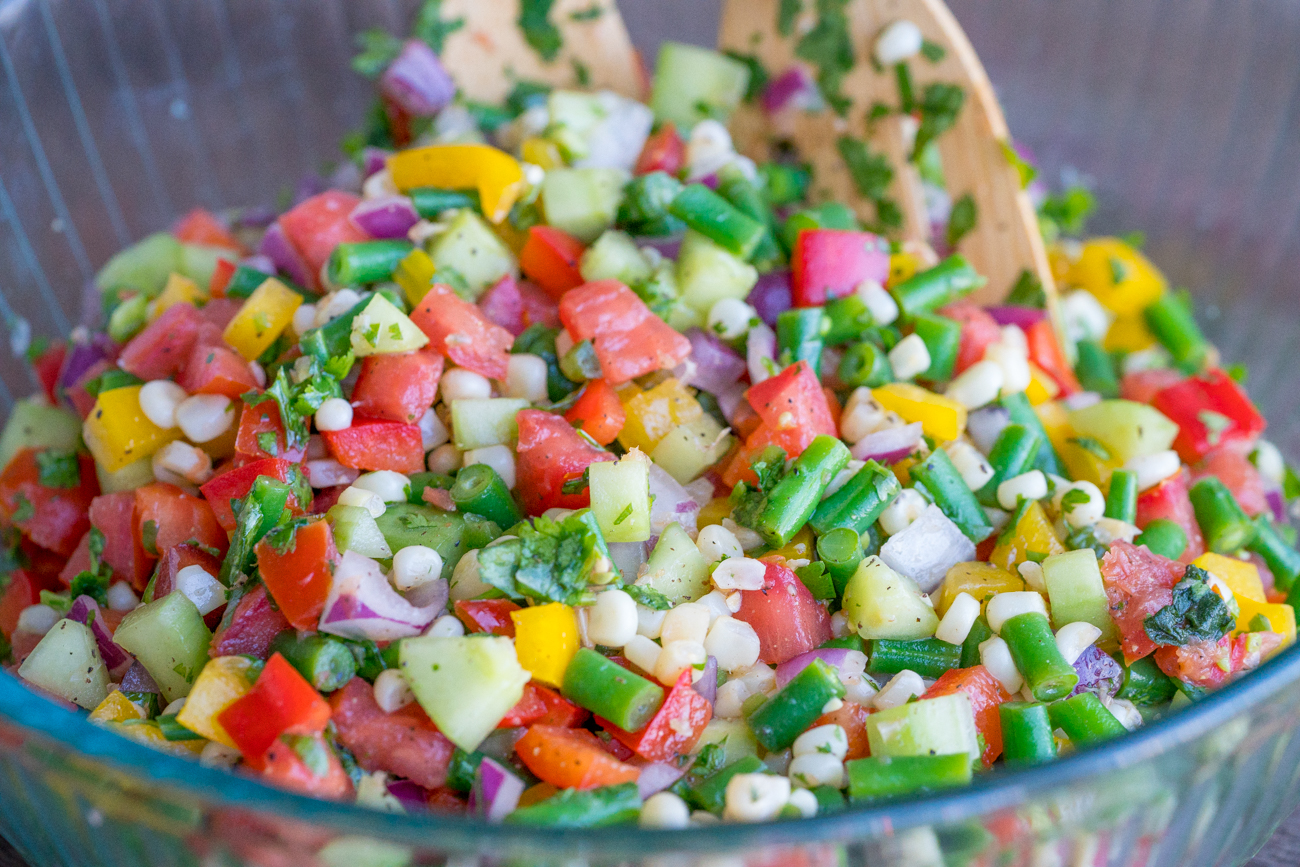 When you think of a salad, you probably think of lettuce and leafy greens. (Unless it was 1965, in which case you might think of something with jello and marshmallows and maybe cream cheese. But I digress.) But this particular salad, courtesy of the one and only Martha Stewart, defies the standard definition and features nary a leafy green but rather an abundant cornucopia of colorful veggies. It’s a vibrant, rainbow-filled bowl of crunch and contrasting flavor. As Martha would say, it’s a “good thing.” I’ll go out on a limb and say it’s a very, very good thing. 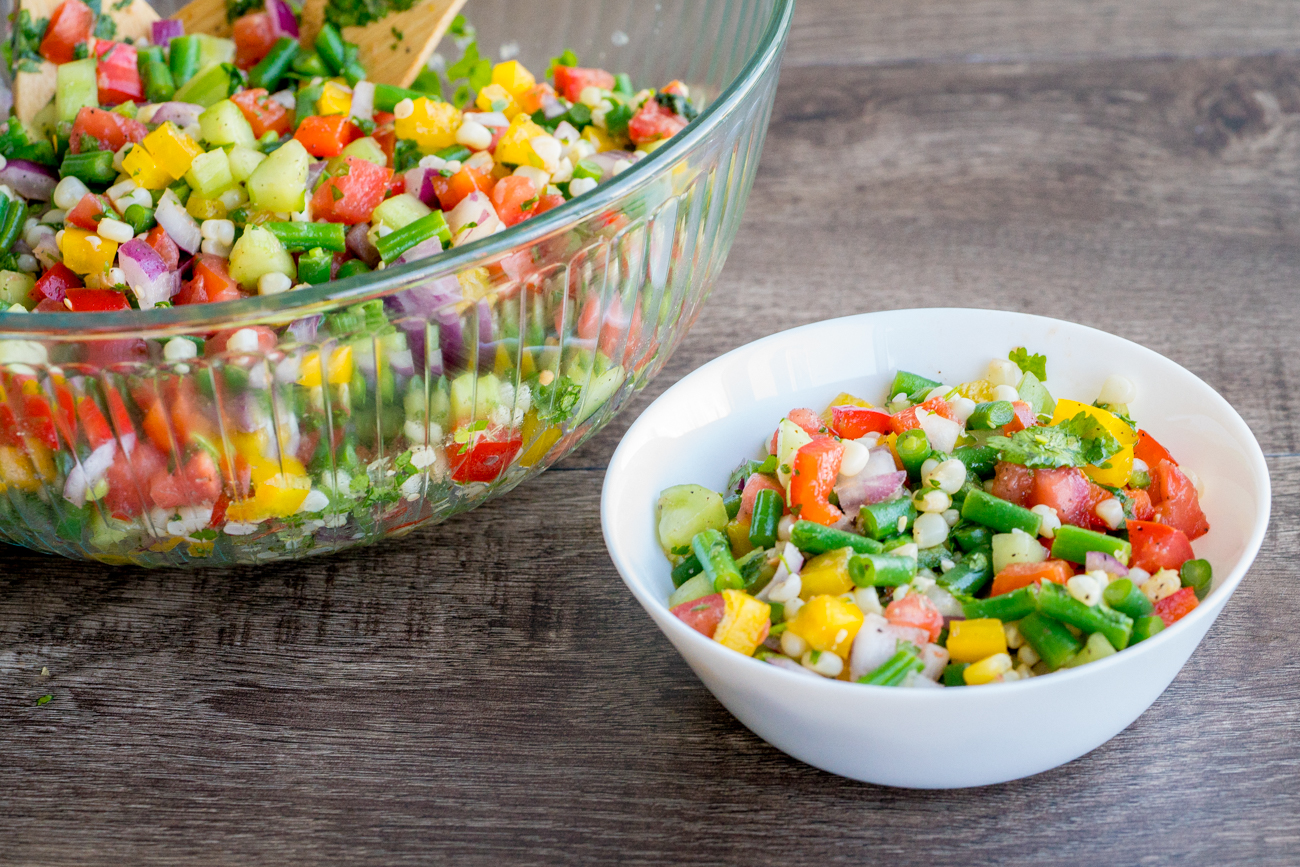 This salad has it all – a little sweetness, a little heat, a whole lot of crunch… and yet it doesn’t rely on added sugar or mayo laden dressings or croutons. Nope. Instead, it lets nature show off her best work by simply combining a bunch of fresh ingredients in an artful way. 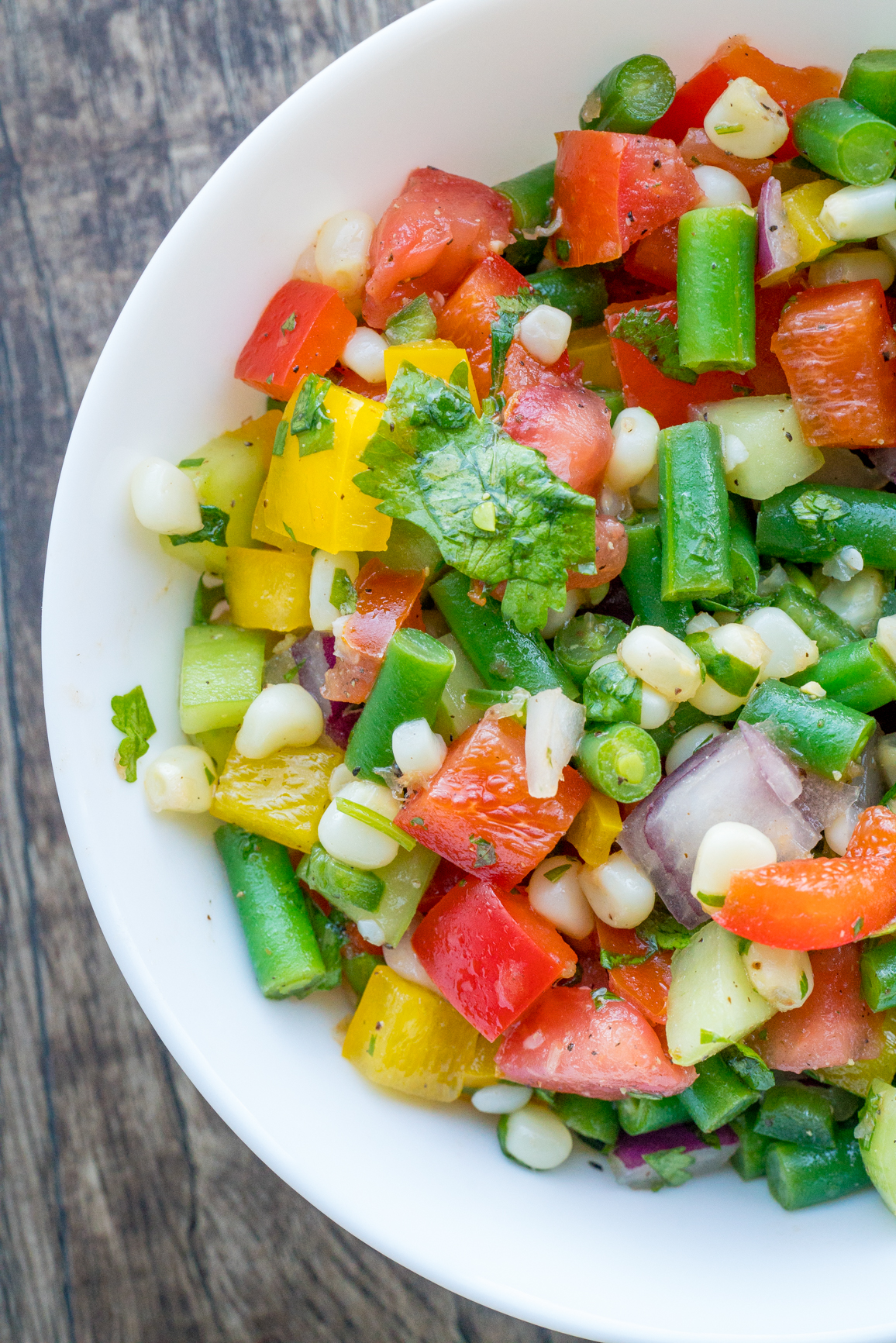 The key here is to chop everything into similar bite-sized pieces so that every mouthful comes with a variety of veggies and flavor. Our version is only very slightly adapted from Martha’s but there are green beans and sweet fresh corn, bright tomatoes and red and yellow peppers, sharp red onion and spicy jalapeno, herby cilantro and crunchy cucumber. A couple of those have been blanched until just tender, while the rest remain unadulterated and crunchy as can be. It’s all tossed in a simple oil and rice wine vinegar dressing that’s more or less a unifier of flavors. 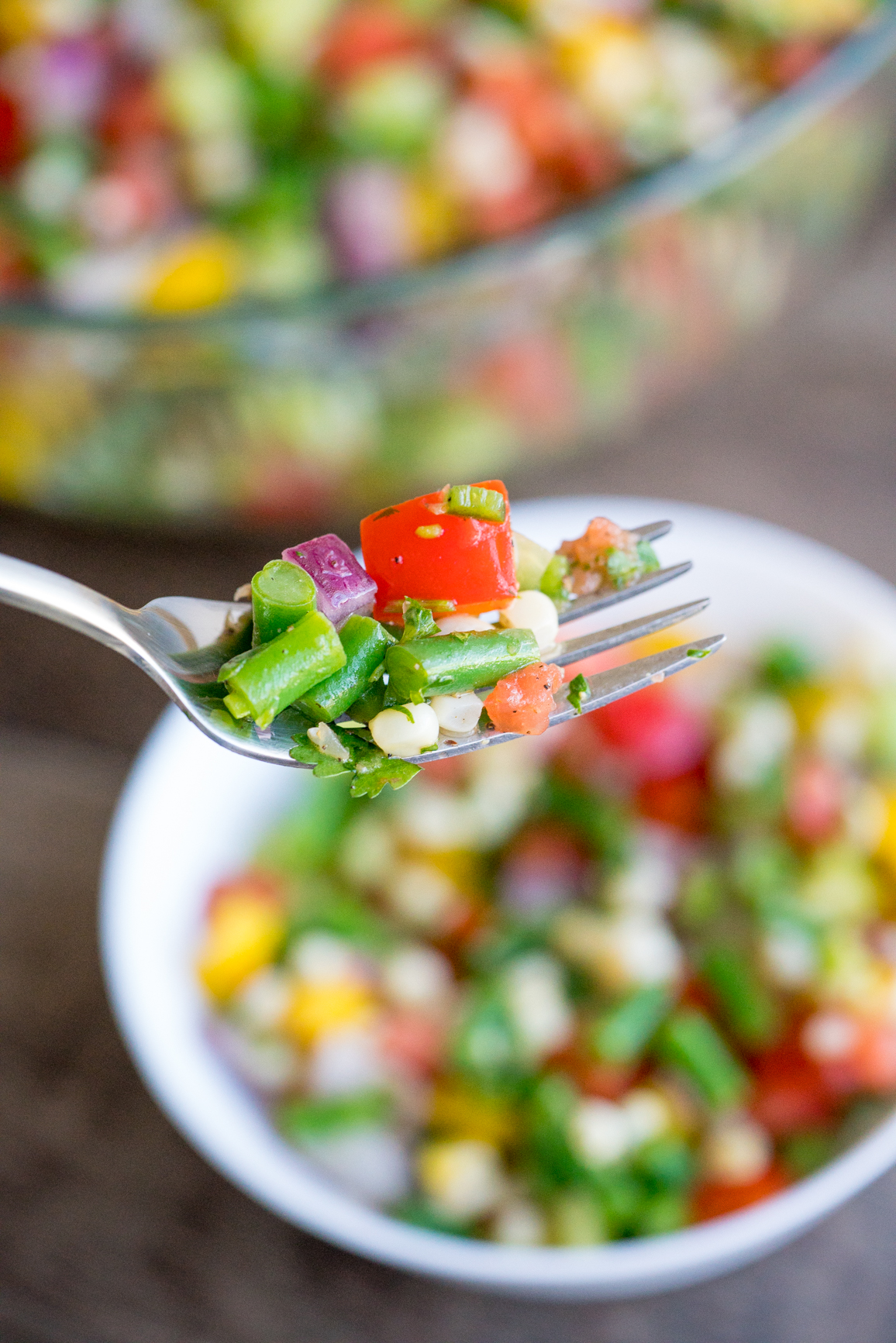 It’s a salad that has a lot going on, sure, but it makes no apologies for it. Though it’s chock-full of veggies, it doesn’t taste over-complicated and it’s certainly not complicated to make. It may be vibrant and bold, but it’s also so well balanced. It’s the kind of salad you can get excited about… and how often does one of those come along? 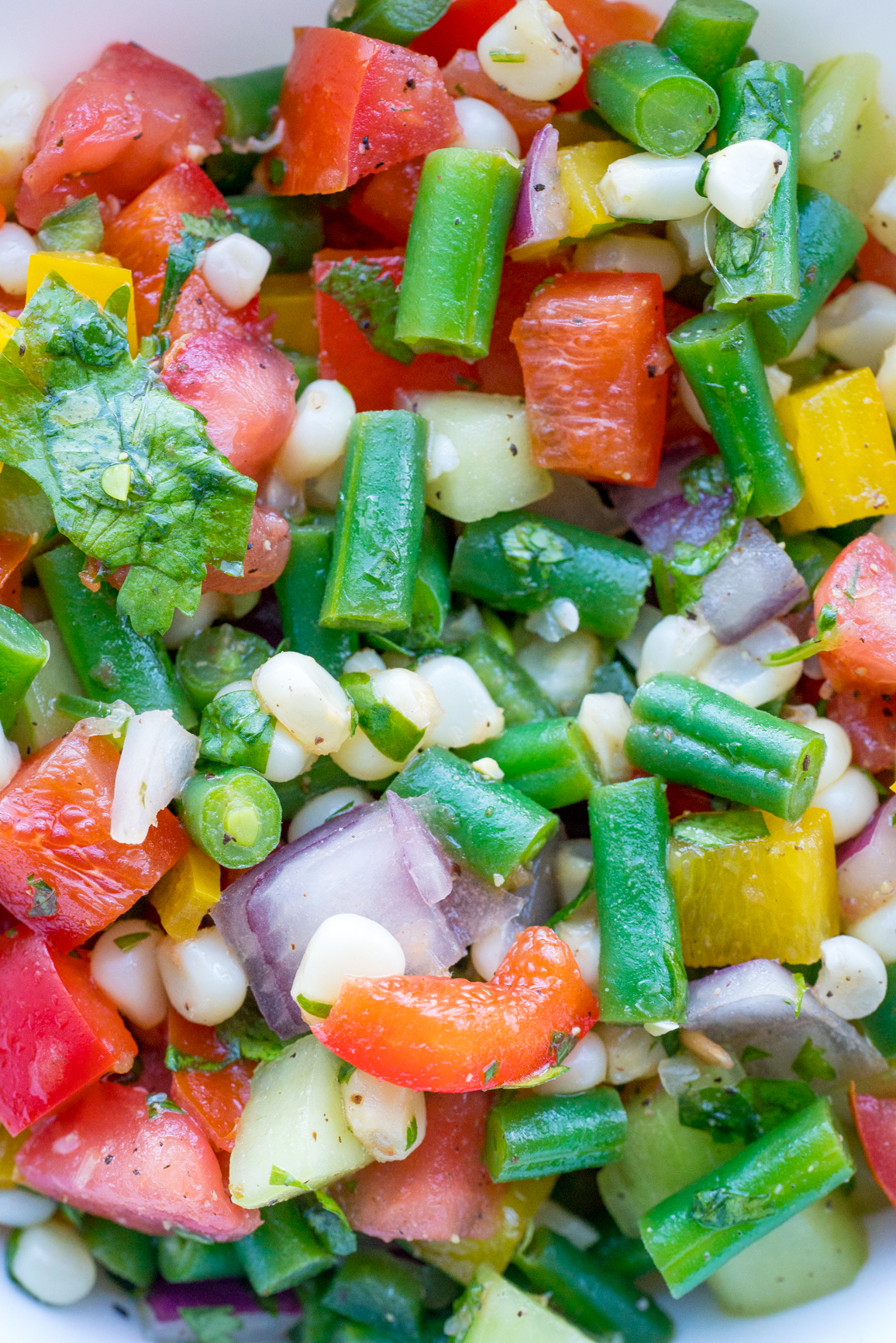