You just never know who you’ll run into when you’re walking through an airport.

David Bennett, an airline pilot from Florida, obviously spends a lot of time passing through airports due to his occupation. On a recent layover in Lynchburg, Virginia, David spotted a familiar face among the hurried passengers moving through the atrium. 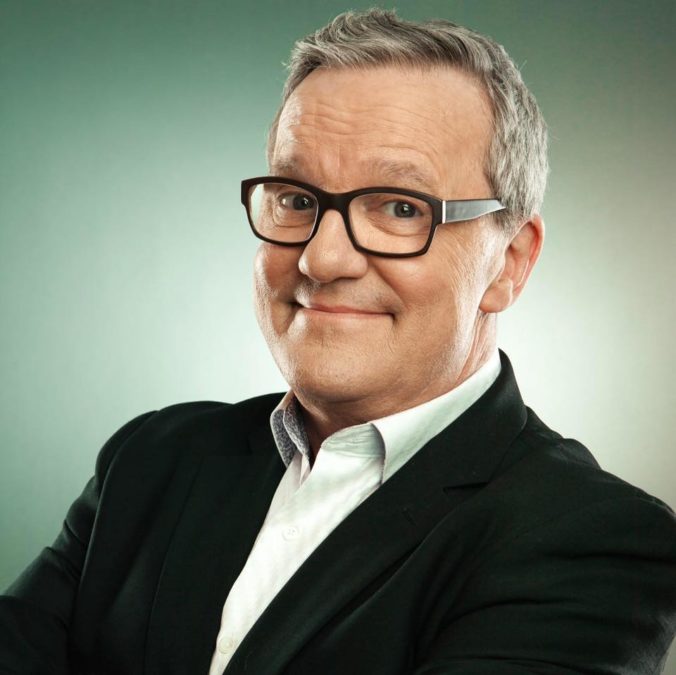 It was none other than Mark Lowry, a Christian singer and former member of The Gaither Vocal Band who famously co-wrote the gospel song “Mary Did You Know.” During his forty-year career Mark has played alongside such musical greats as Reba McEntire, Clay Aiken, Kenny Rogers, and Wynonna Judd. As soon as David spied him, he knew right away he wanted to add his own name to that list, too.

David approached Mark with a humble request: would Mark sit and listen to David play a song on the airport piano? Sensing an opportunity to connect with a fan both in person and online, Mark began to record as he sat down next to David at the piano.

The minute the pilot began to play you can see Mark’s eyebrows shoot up in surprise. Perhaps he was expecting the pilot to know how to play, but he had no idea he’d be this good! 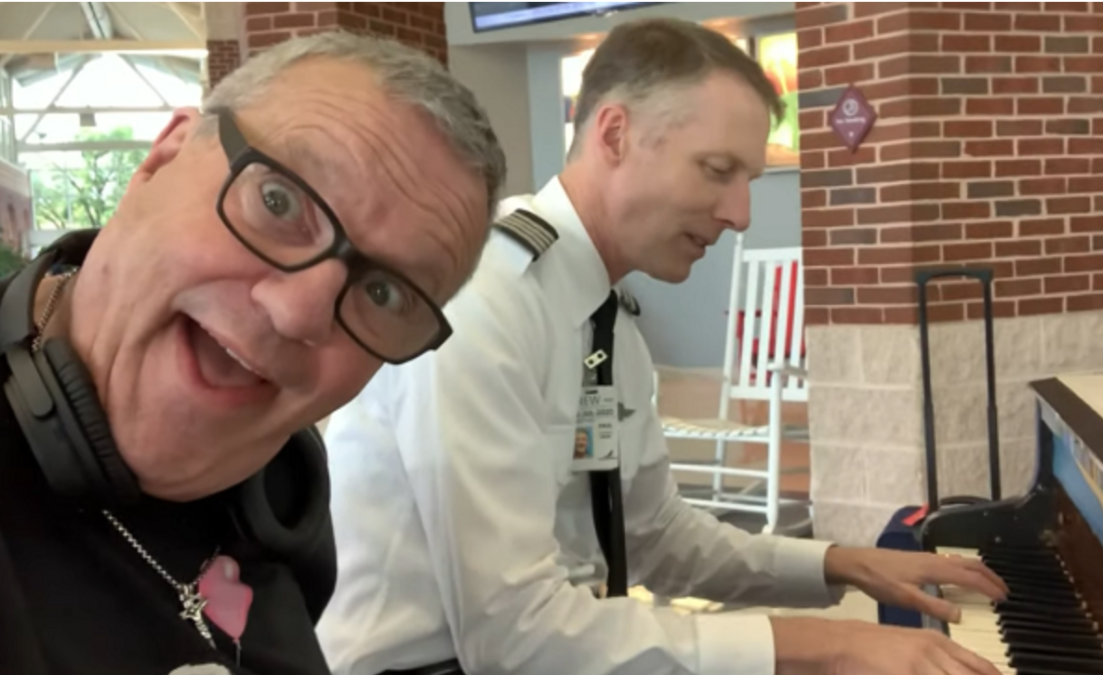 David began to play “Just A Closer Walk With Thee,” a hymn with lyrics lifted directly from the Bible. David’s fingers fly deftly over the ivory keys as he gives the song a “little bit of swing,” impressing Mark more and more with each note. David has clearly got a hidden talent that he was dying to show off.

Mark sings the song with help from David, and throughout the performance, Mark can’t help but throw out compliments for his new partner. Finally, he has to ask if David has ever played professionally before, and that’s when the pilot admits that he used to play for Sounds of Liberty, a barbershop acapella group based in Philadelphia, Pennsylvania. That explains a lot!

Later, Mark uploaded the video to his social media pages with the caption, “I was arriving at the airport in Lynchburg when a pilot, David Bennett, asked me if I wanted to hear him play the piano. Of course, I did. He sat down at the piano in the airport lobby and this is what happened…” 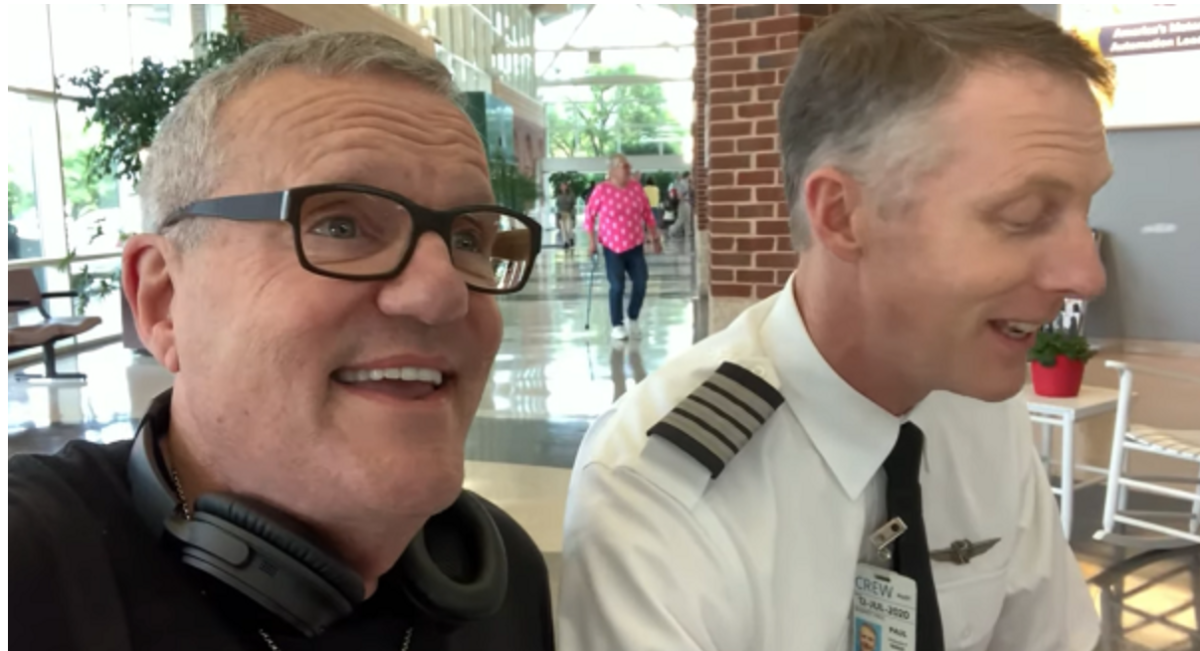 The video has been an instant smash hit online, quickly racking up thousands of views and going viral. We’re sure this video is just getting going, perhaps even sending this humble pilot “flying” into the viral stratosphere. We’d love to hear more from him because this man really knows how to play!

Watch the video below to hear Mark and David’s performance yourself, and don’t forget to share.