We all have those items around the house that are really frustrating to put away. We’re looking at you, fitted sheets. In an attempt to tidy up and make belongings more accessible organizing guru, Marie Kondo, advises to fold items and store them on end. But, how does one achieve this if the item is oddly-shaped or very bulky (or both)? The lady at the center of an organizing movement shows us how to do it. 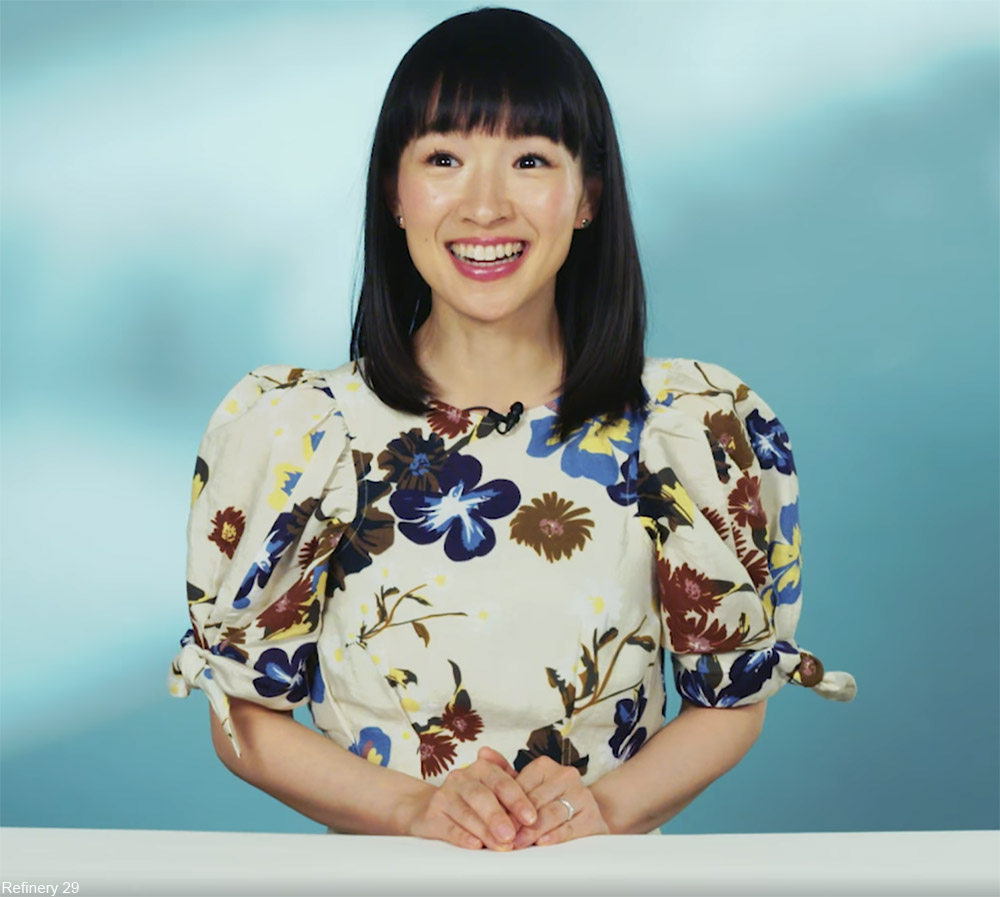 Marie Kondo has made a name for herself with her best-selling book, The Life-changing Magic of Tidying Up, and her popular Netflix show, Tidying Up with Marie Kondo.

Refinery 29 put the whiz kid of storage to the test by giving her many items that were either very small or very large, some of them extremely hard to fold. However, she manages beautifully with nearly all of them.

For lingerie and socks Kondo either folds or rolls the item in a basket, lying foam bras on top of each other without folding. 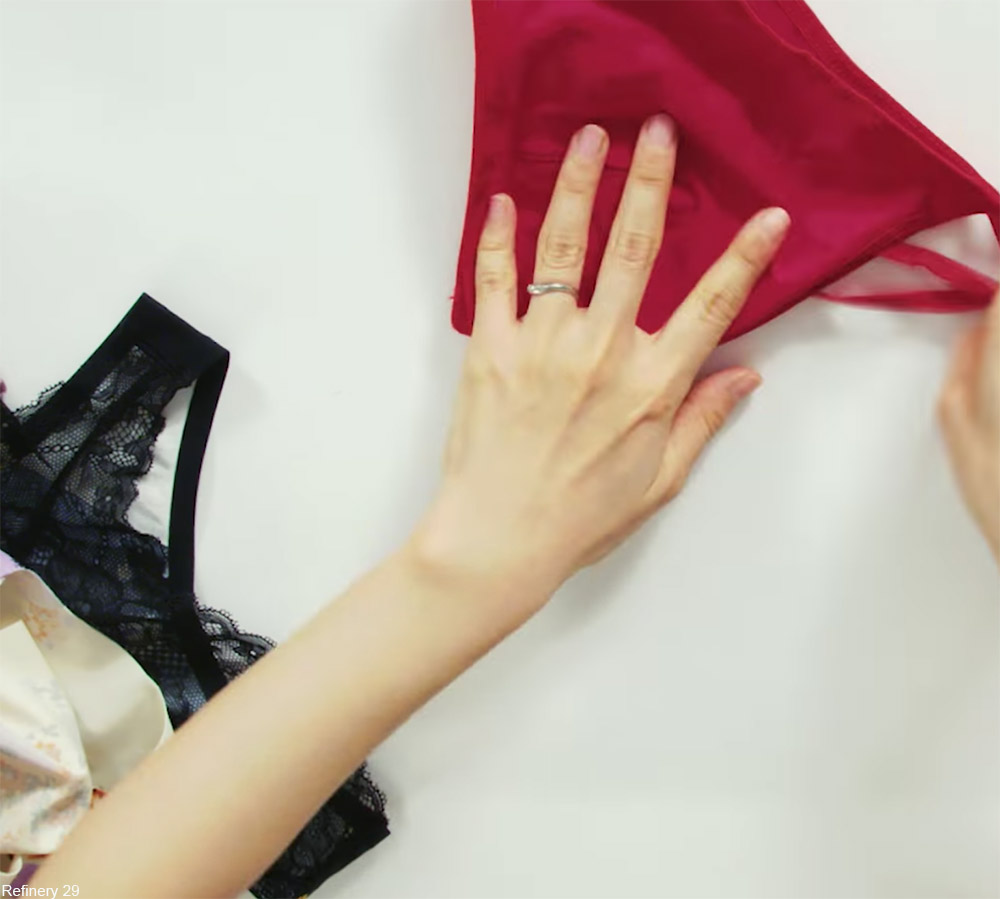 For fitted sheets she folds and then rolls the sheet, which makes a lot of sense. Doing it this way could mean fewer accidental grabs of the wrong type of bed linen. 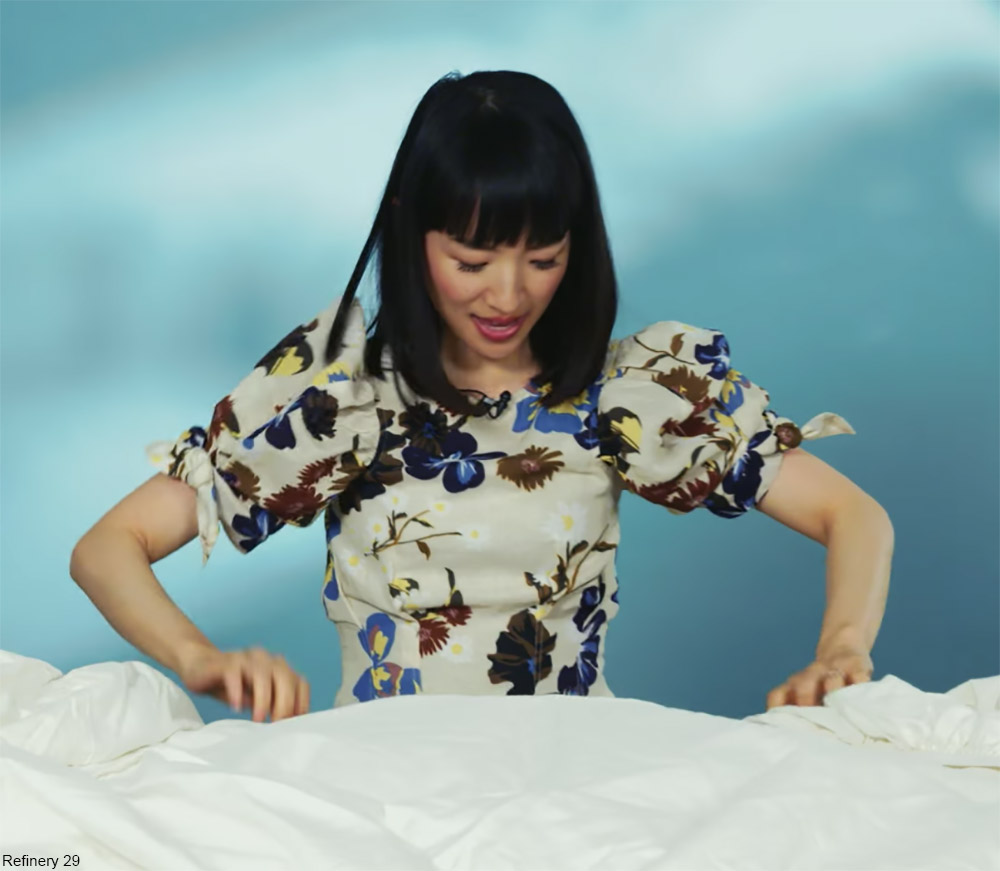 For coveralls and overalls her folding technique achieves a remarkably compact fold. 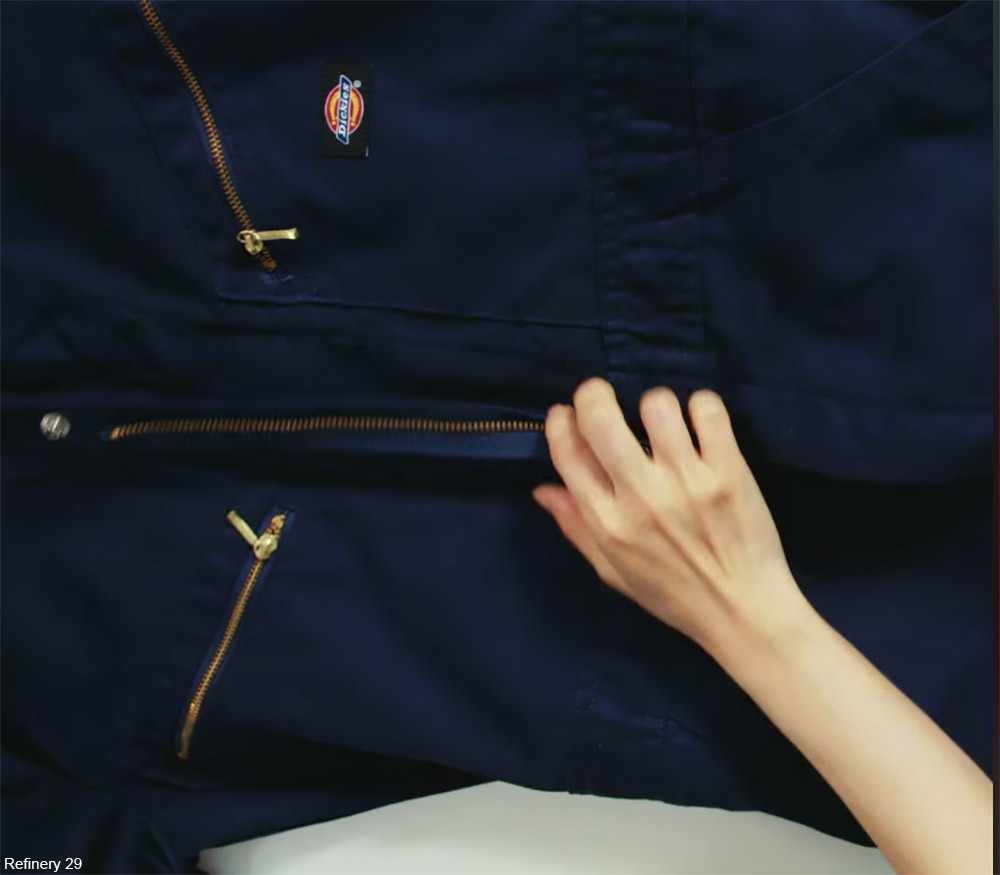 Even a big, fluffy bathrobe is no match for the queen of folding – although it is not a small package when done. 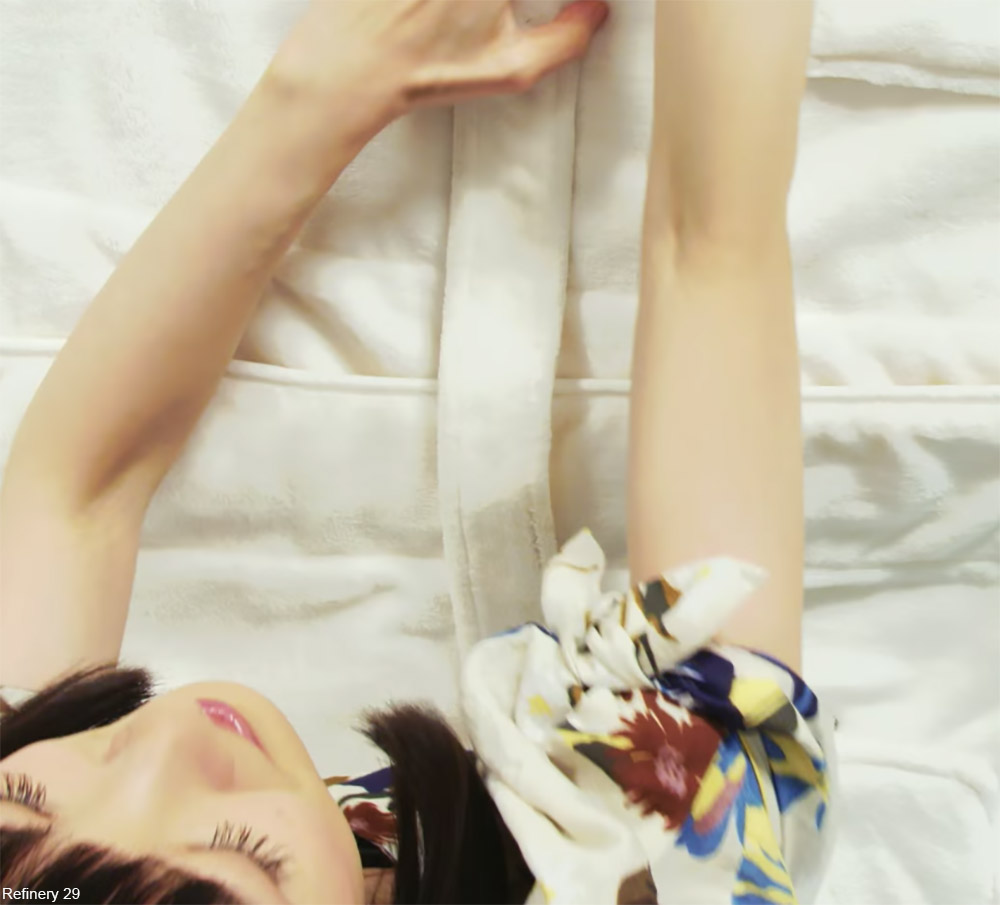 However, there is one object which really stumps Kondo and which she recommends to simply hang up if at all possible. 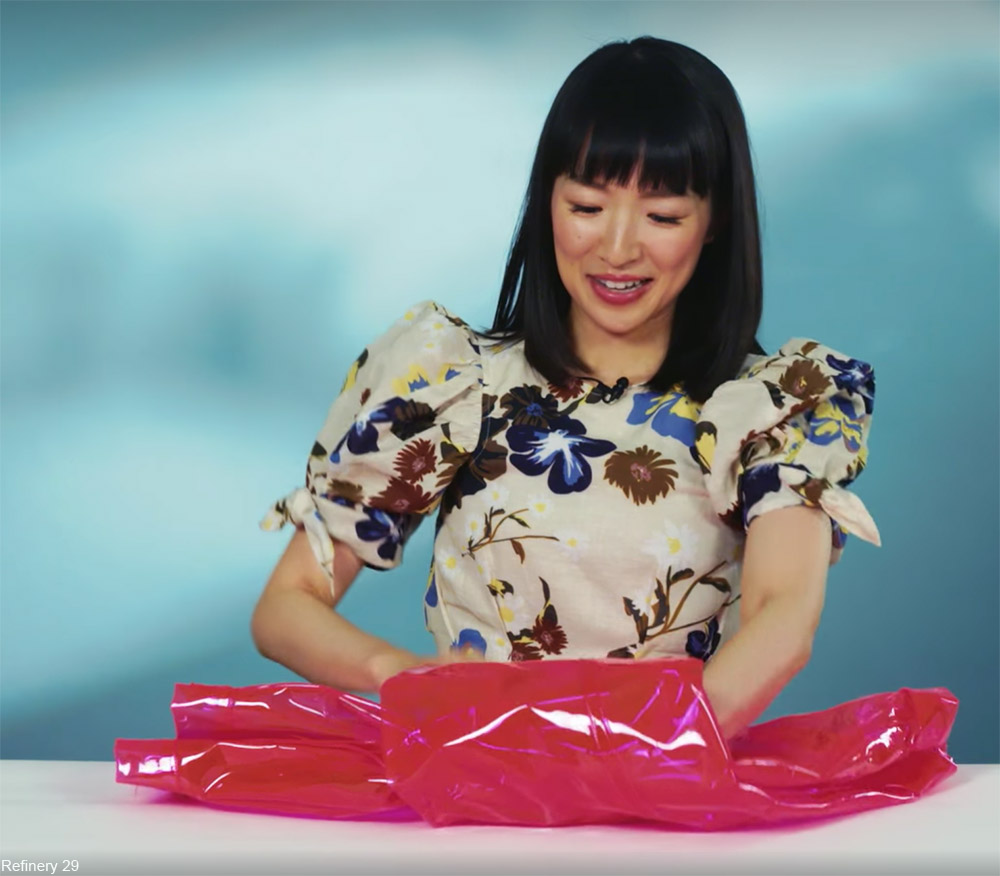