The Lycurgus Cup is currently held in the collection of the British Museum in London and thousands of people each year marvel at how the cup changes color with the light. This fact is highlighted by how it’s displayed, with a shifting light source that shows how the cup magically transforms from green to red when lit from underneath or behind. But, this isn’t some kind of mood ring or thermo-sensitive material. The cup was made about 1,600 years ago using technology that we have only recently discovered in the modern era. 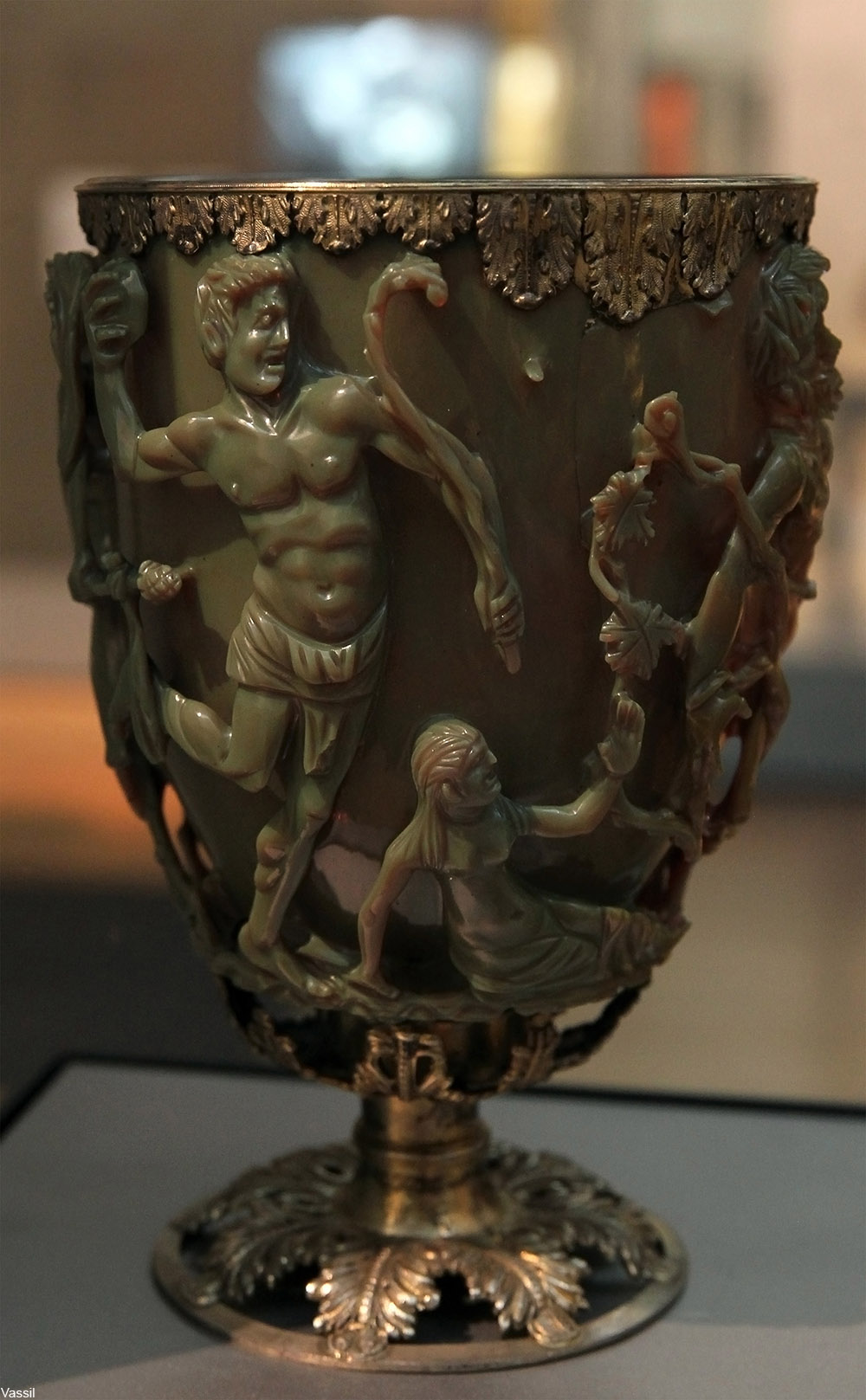 What Is It Made Of?

The cup, so-named for the carved depiction of Lycurgus (a Thracian king) it features, is an ornate 4th century piece that reflects a very high level of skill. Whoever made the chalice certainly had an eye for detail and this type of chalice would have been made for someone very wealthy who enjoyed extravagant objects. 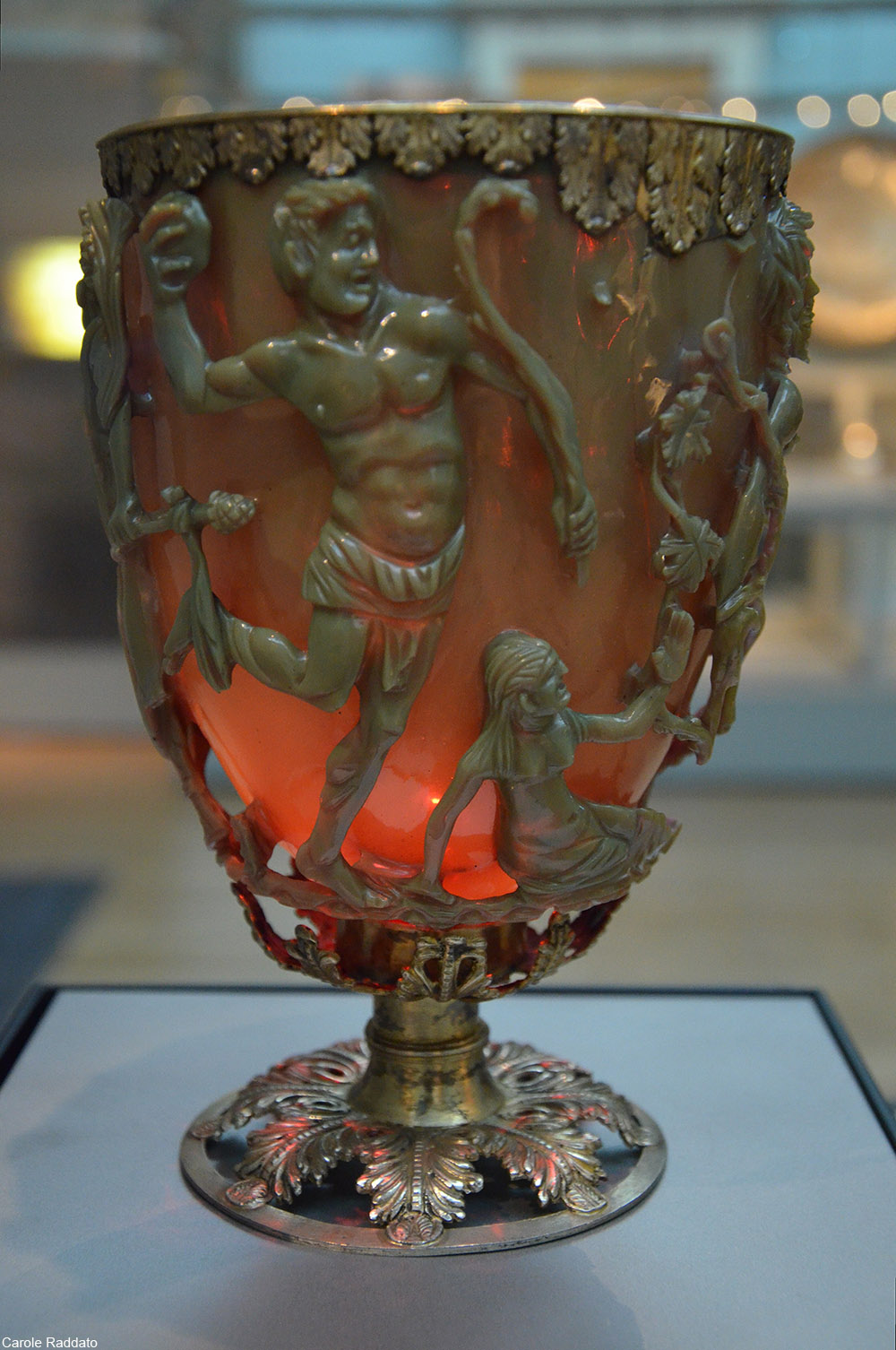 The cup also features a filigree silver base and decoration in a leaf design which has been gilded. This is known as the cage and chalices like these are often referred to as “cage cups”. This decoration elevates the aesthetics of this incredible piece even more, but also provides stability.

So, the big question remains: what is it made of? The answer is glass.

The ancient cup is of Roman creation and the Romans had a very good grasp of glassmaking. Bottles, cups, beads, and other precious glass objects of the Roman Empire survive today, a testament to the knowledge and scholarship of Roman artists who were masters of glassmaking long before many other parts of the world. 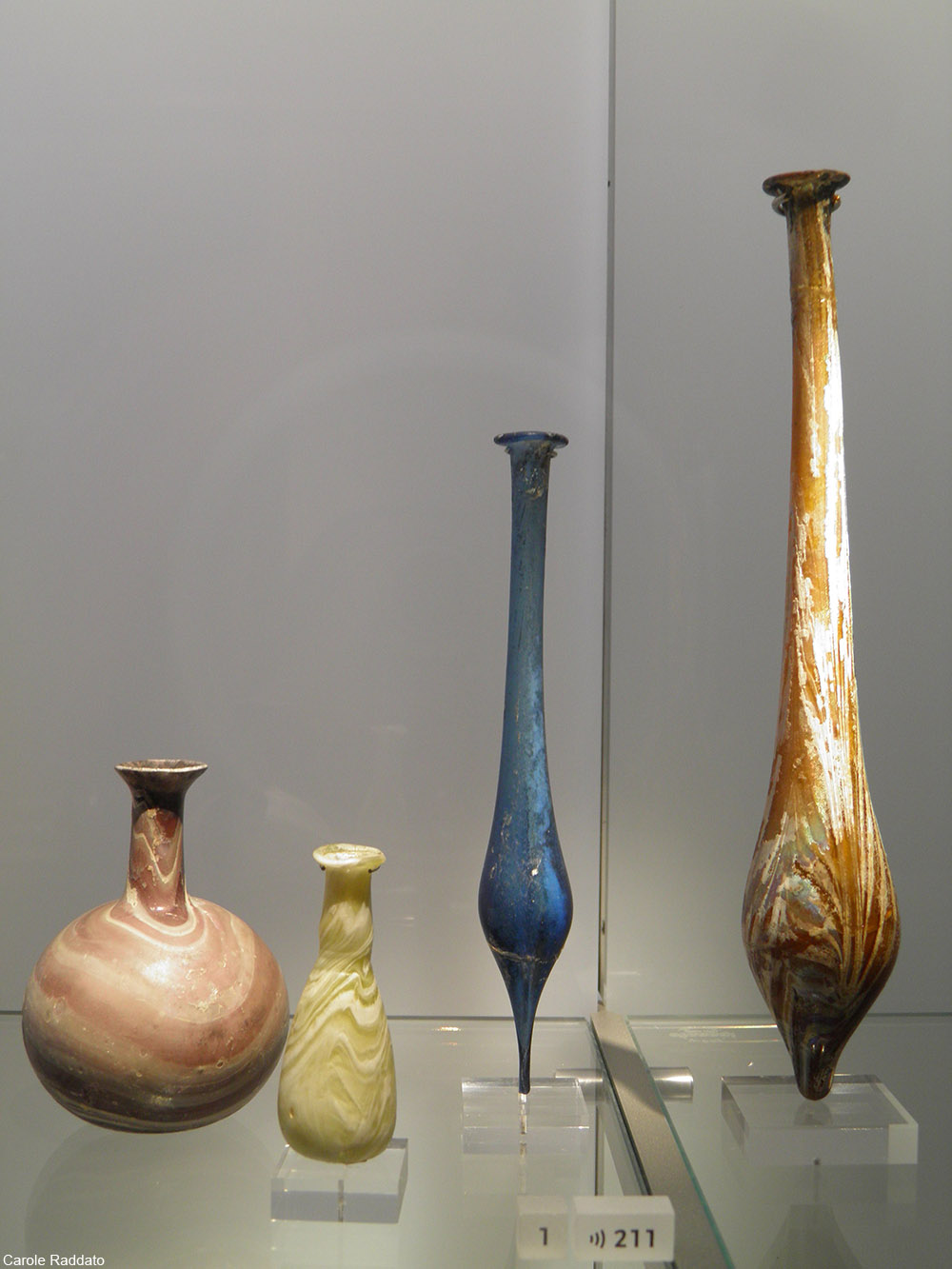 Roman glass objects at the Landesmuseum Württemberg in Stuttgart. Via/ Flickr

What Makes This Cup So Special?

Basically, this is ancient dichroic glass. This is the same type of glass today is often highly reflective due to sheets of metal that line the “under” side of the glass. However, when metals are incorporated into glass evenly the result is less obvious and less shiny.

In the case of the Lycurgus Cup the dull, almost mineral, green color of the carvings changes to a deep and intoxicating shade of red when light hits it a certain way. The cup would have changed color depending on what liquid filled it as well, creating even more mystery and magic around whoever would have used the chalice to drink from.

This type of glass is today is used or decorative things like jewelry, but also for things like smart glass which uses nanotechnology for to create anti-reflective, photochromic glass, or possibly even self-cleaning glass in the future – among other things.

The chalice was purchased from Victor Nathaniel Mayer Rothschild in 1958, a British lord, baron, and knight whose wealthy family had owned the piece since 1815. Ironically, research into nanotechnology began the next year, although at the time no one knew how that chalice maintained its color changing properties and the term “nanotechnology” didn’t come into usage until the 1970s.

It was during the 1990s that a close examination of a chip in the glass at a microscopic level revealed that the glass is infused with infinitesimally small bits of gold and silver. 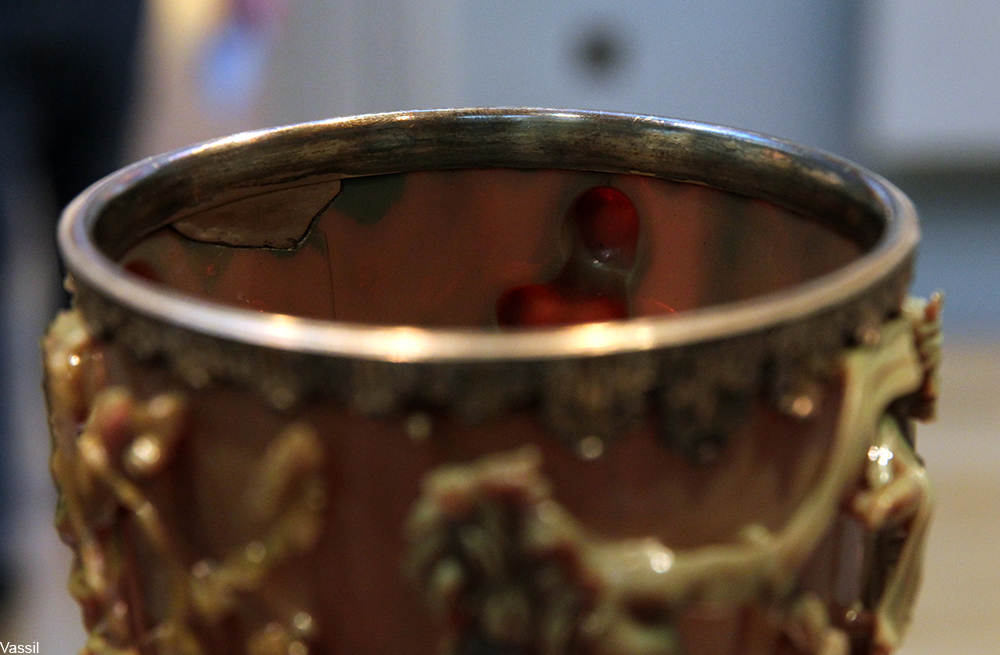 Crack in the Lycurgus Cup near the top of the “cage”. Via/ Wiki Commons

According to Smithsonian Magazine, the metal flecks in the glass of the Lycurgus Cup were ground down by hand until they were around 50 nanometers in diameter, about 1/1,000 the size of a grain of table salt.

You can seen this incredible cup change color in the video below.