This Monterey, CA restaurant has found themselves at the forefront of some recent controversy, thanks to a polarizing decision that they have made. While this policy has already been in place for several years now, it is receiving increased attention because of various Yelp reviews. There are lots and lots of parents who are voicing their opinions on the matter.

Why? The restaurant has decided that they are going to start kicking out children who are too loud. Chris Shake is the owner of the restaurant and as you would expect, he is defending the decision. In his words, they are happy to have families with “well behaved” children who “understand our policy with respect to other diners”. In a way, this is somewhat understandable.

He also points out one key fact. The people who are currently leaving all of the negative reviews on Yelp are not actual diners at the restaurant in question. They are simply “reviews” from those who are offended by the policy. We understand where the parents are coming from but what do you gain from protesting the actions of a restaurant that you are never going to eat at? 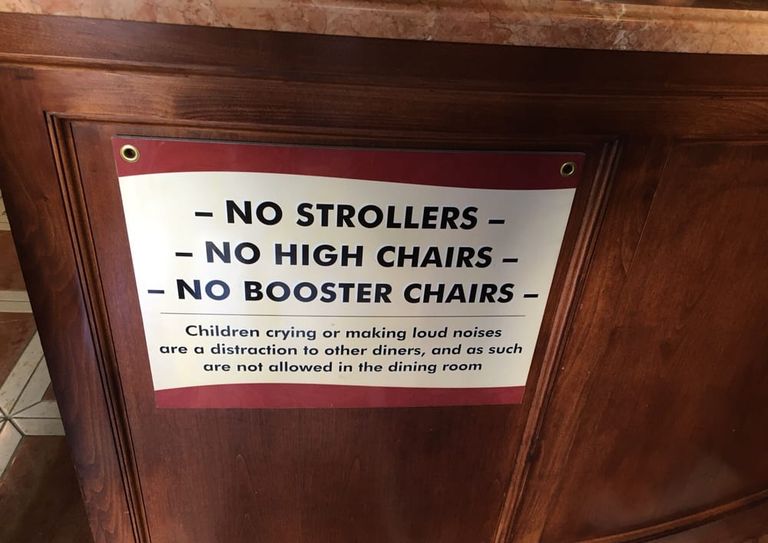 There are some parents who reside in the area who are making their voices heard as well, though. They say that the sign functions as a total deterrent. One Bay Area mother decided that she was going to cancel her reservation. The wording of the sign is what irks this mother the most. In her opinion, the sign should have been worded differently.

If it had said “adults only”, some parents (like this one) probably would have felt differently about it. Other parents are totally on board with the idea. As one of them pointed out, parents are free to take their noisy children to any number of other restaurants that are happy to deal with. Maybe these parents should choose McDonald’s instead?

We have mixed feelings about the idea, personally. While we understand the need for a restaurant that caters to the needs of adults, we can see how others might feel put out by it. Old Fisherman’s Grotto is certainly not going to be changing their minds about this policy and that is their right.