The Lost Wheelock Mansion of Manhattan

This towering Victorian mansion looked like something the Addams Family or the Munsters might have lived in. But, at the time it was considered avant-garde architecture – the height of sophistication. Sadly this unique building is long gone. But, the few surviving images we have of this exquisite Gilded Age mansion give us a peek into what living New York City was like before it became the crowded bastion of concrete it is today. 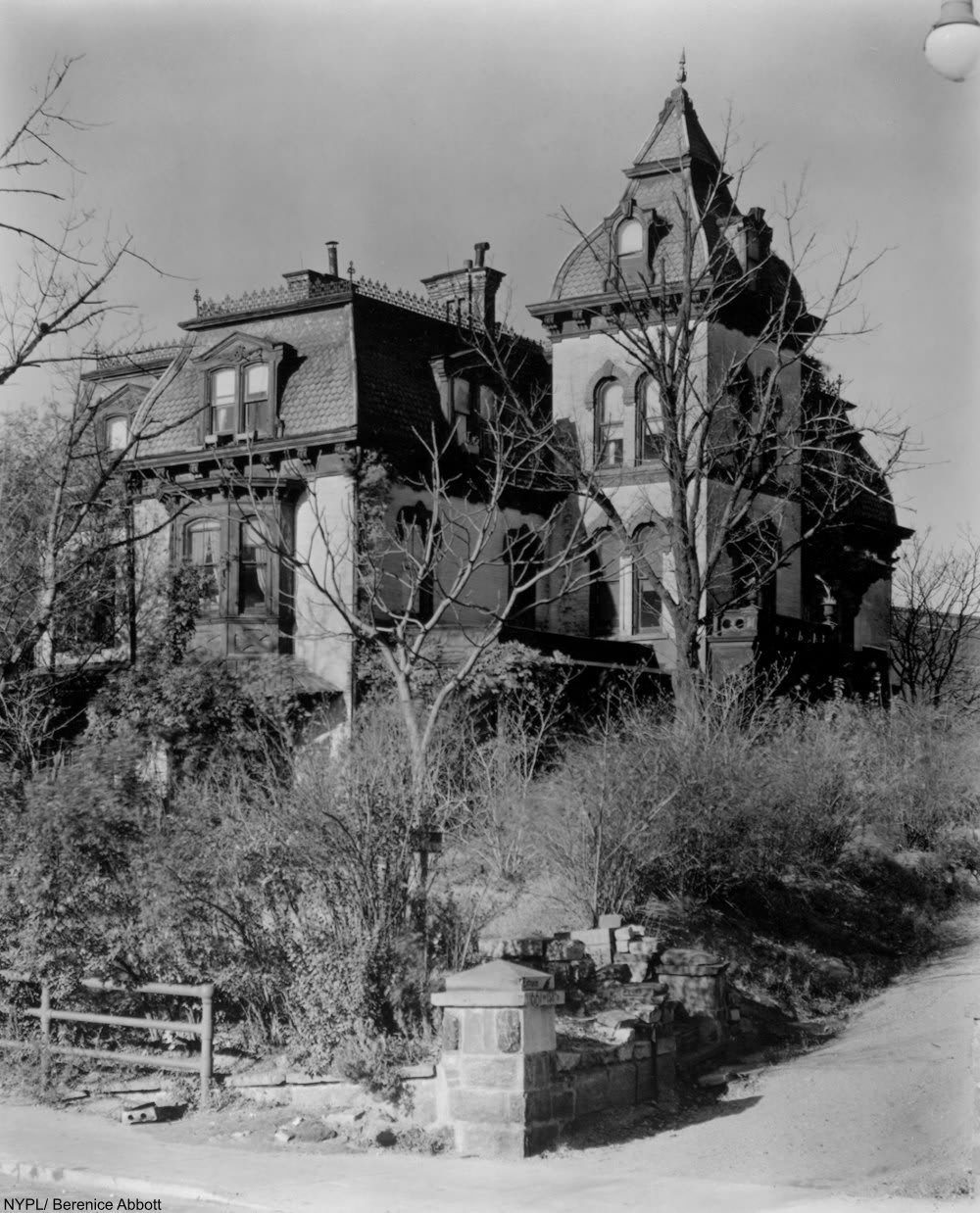 The mansion was built by William Almy Wheelock, Wall Street financier and friend to John Audubon and his wife. When the famous observer of birds died in 1851, Wheelock helped the widow Audubon with her finances, including the selling off of parcels of her Manhattan land. Before the sale of her land, Lucy Audubon had been struggling to make ends meet financially, taking in boarders to help pay the bills. 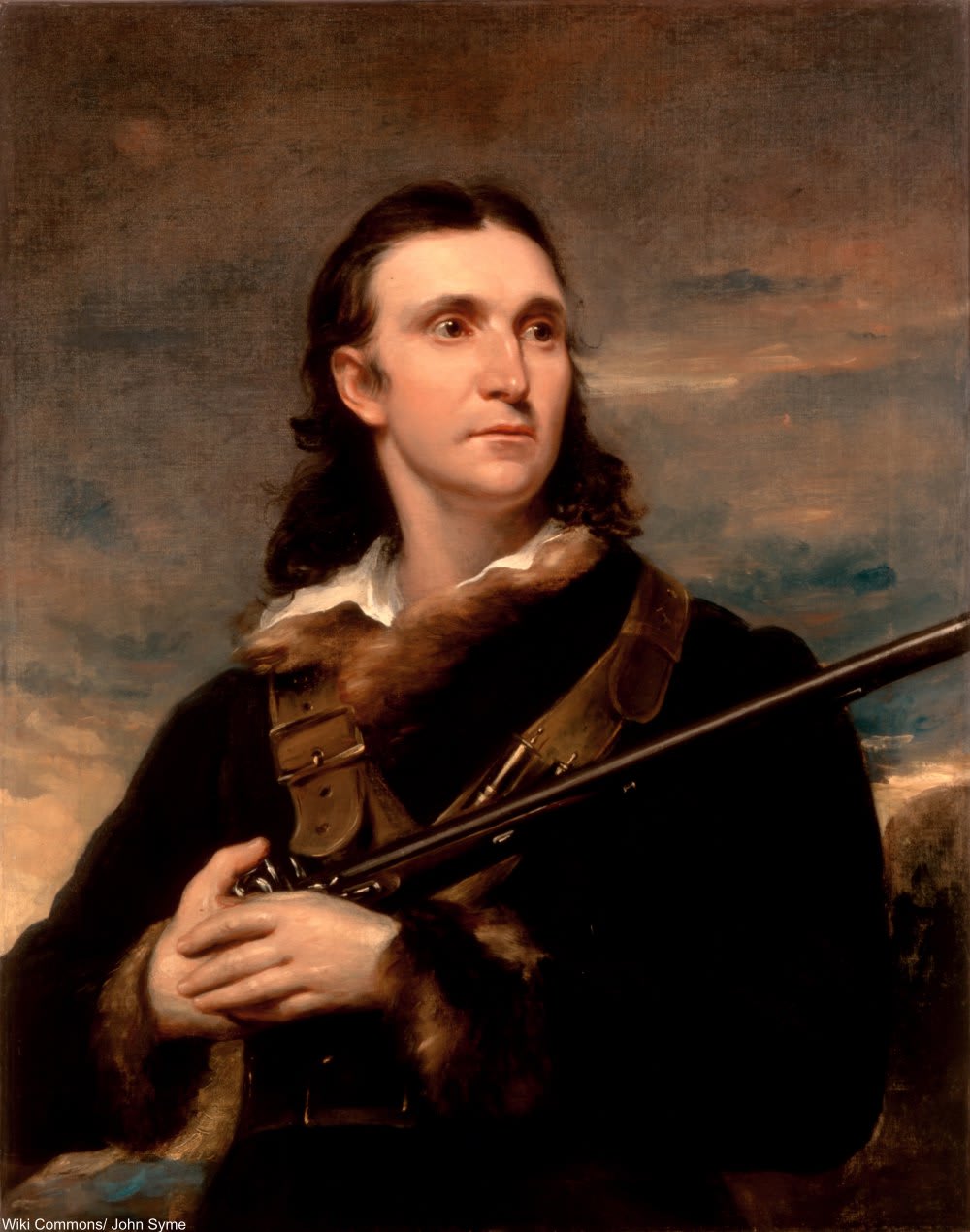 The illegitimate son of a French slave trader and a Creole woman from Hispaniola, John Audubon had gone through several failed businesses before becoming the ornithologist and artist of acclaim we know him as today: operating a general store, a flour mill, and practicing taxidermy, among others. While he toiled at these less-than-successful jobs, his wife, Lucy, worked as a governess and a teacher to help support the family. 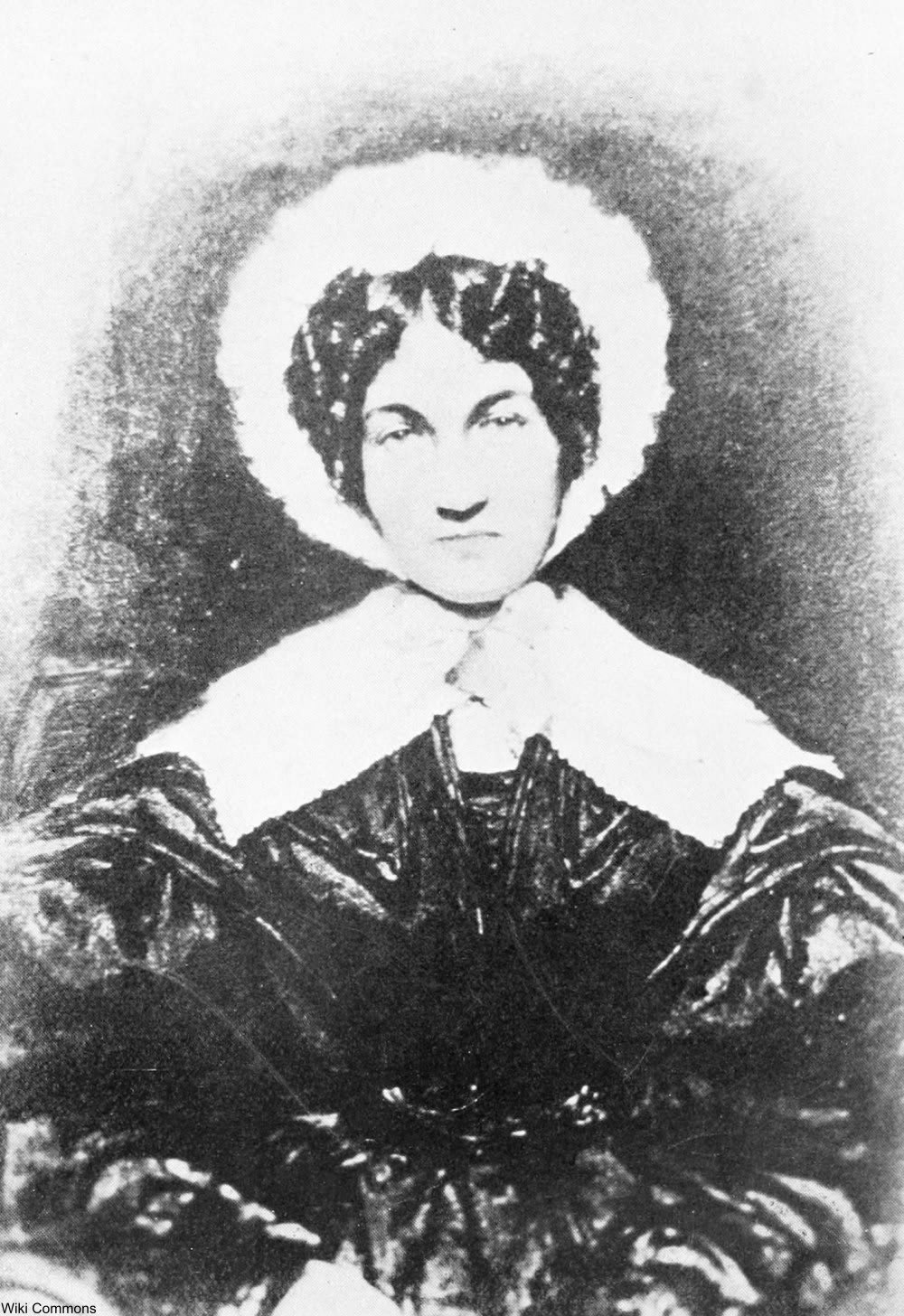 Lucy Audubon as a young woman. Via/ Wiki Commons

At times she was the main breadwinner for the family in the years of financial trouble following the economic crash of 1819, something married women did not often do back then- so she was no stranger to hard times. When John Audubon had initially bough the land in the 1840s he registered it as Minnie’s Land for his wife, in honor of the sacrifices she had made over the years for him. Their sons had taken to calling Lucy “Minnie” while they were in Scotland as the nickname was a common term of endearment for mothers at the time there.

Some have suggested that her great sorrow at having lost her entire family was too great for her to have stayed even if she had been finically solvent. Lucy lost her 2 adult sons and her husband all in the span of about 10 years (her 2 daughters both died quite young many years before). 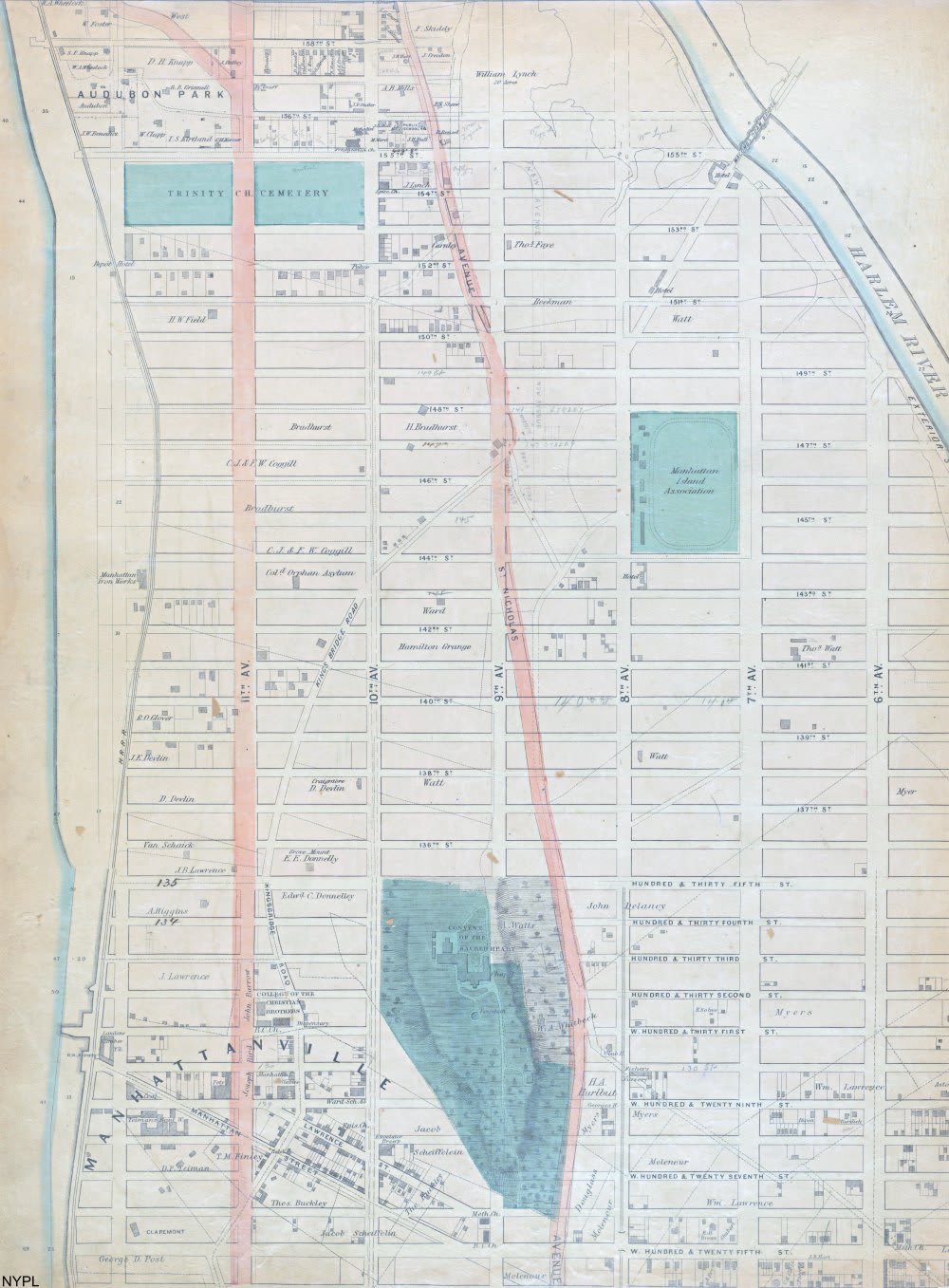 Audubon Park can be seen labeled in the upper left-hand corner of this 1861 map. Via/ NYPL

In any case, the land was sold off in part by Wheelock and the growing neighborhood became known as Audubon Park. Wheelock’s mansion was built in 1860 and the wealthy Wheelock retired in 1862 at the age of only 37. Being an easily bored man, Wheelock wouldn’t stay retired for long, though Like Audubon, Wheelock would have many careers in his lifetime. 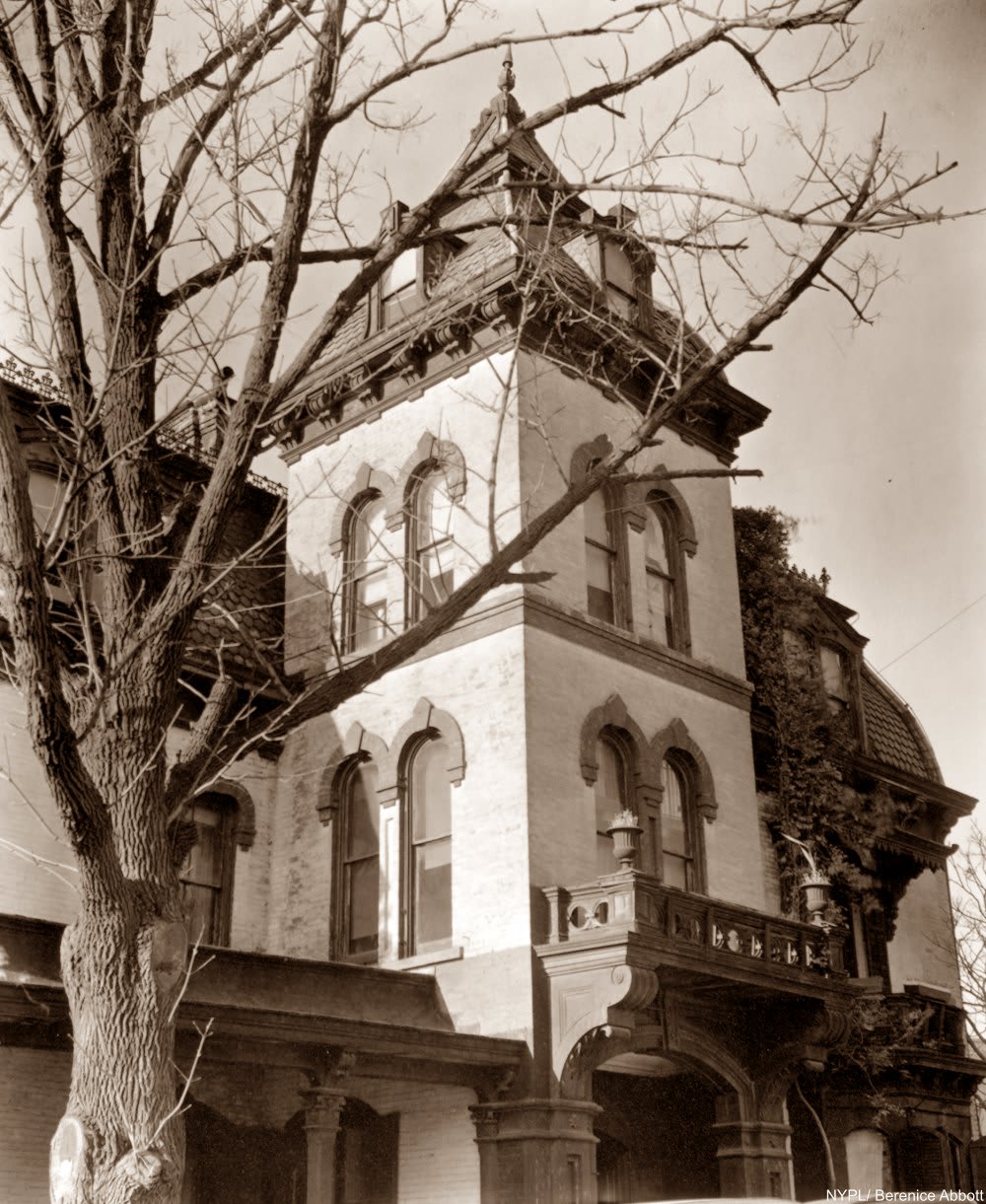 Wheelock bought some land off her, and built on it a house so grand and imposing that it stuck out from quite a distance as a home of distinction in an area of the city which at the time was still pastoral and filled with trees. The location was between where 157th and 159th streets are today, sandwiched between what was intended to be called 12th Ave (it never happened) and the Hudson River. 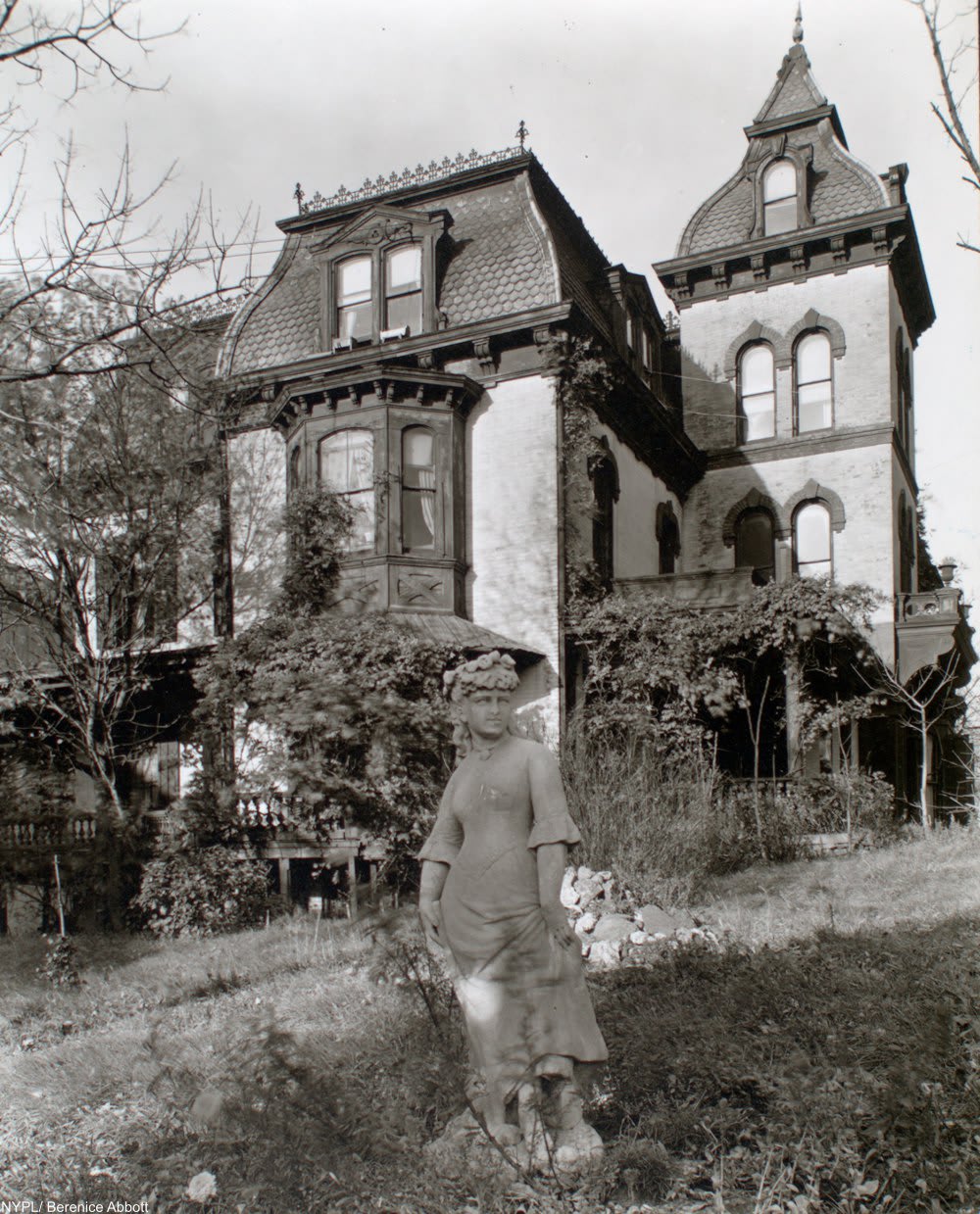 The curved Mansard roof was as elegant as one could get in the era. Via/ NYPL

Not many photos were taken of the mansion before it was torn down in 1940, but a few images of the home from the Great Depression survive. The City of New York apparently called in the bulldozers not long after having purchased the land on which the historic home sat. It’s hard to imagine New York City with so much space, open land, and huge parcels waiting to be sold. New York City was once brimming with greenery on lands not yet built upon. 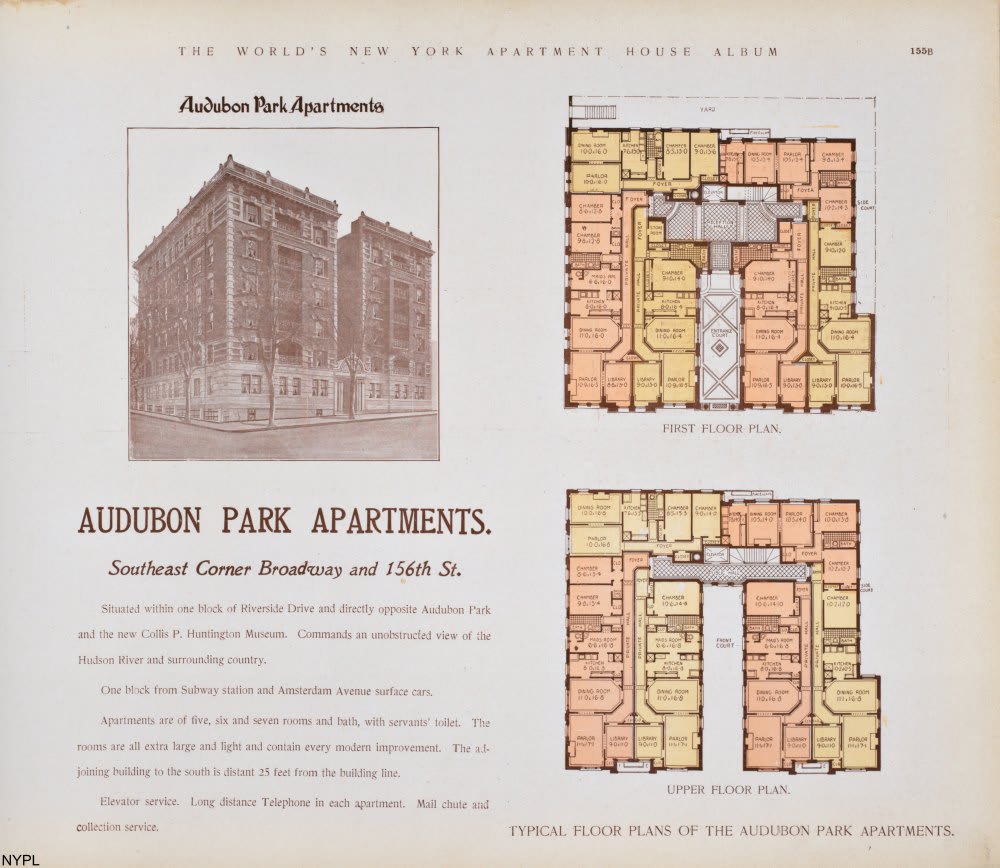 By 1910 apartment buildings populated the Audubon Park area that was once rife with manor houses. Via/ NYPL