It won’t be very long before many families are sharing in gift-giving and getting together to spend some time with each other. After all, basically everything shuts down on that day so family time is often a priority. It is when those get-togethers take place that sometimes the Monopoly board comes out and the games begin.

Of course, we realize that not everybody is going to be a monopoly fan. After all, playing a board game for seven or eight hours and then going bankrupt is perhaps one of the most frustrating things we could ever experience.

Perhaps that is why Hasbro has decided to make Monopoly a little bit more difficult. They have come out with a long version that includes three times more properties as the game did originally.

If you are anxious to try your hand at an extended game of Monopoly, you can buy it for $19.99. 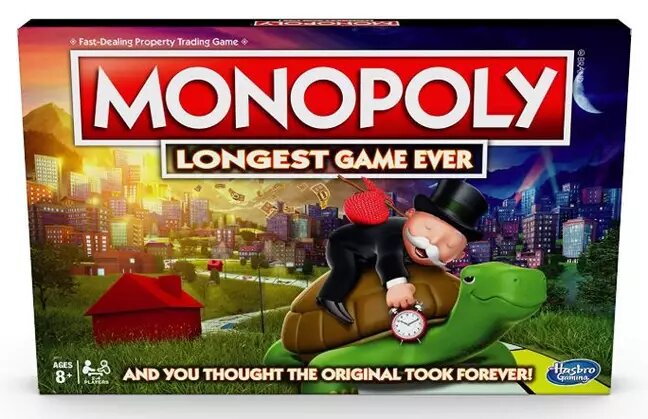 The advert reads: “Think the original Monopoly game takes forever to play? It’s got nothing over this edition of the Monopoly game! Longest…Monopoly game…ever.”

“Even bankruptcy won’t get a player out of this Monopoly game! The game doesn’t end until someone owns every single property — and there are 3 versions of each in this board game.

“Believe us when we say it’s long. It has 66 properties. And there is only one die; no more doubles. So sit back and get ready for a long time to get around the board.”

If the extremely long version of the game is not up your alley, you might want to try some of the novelty versions of the game that were put out by Hasbro. 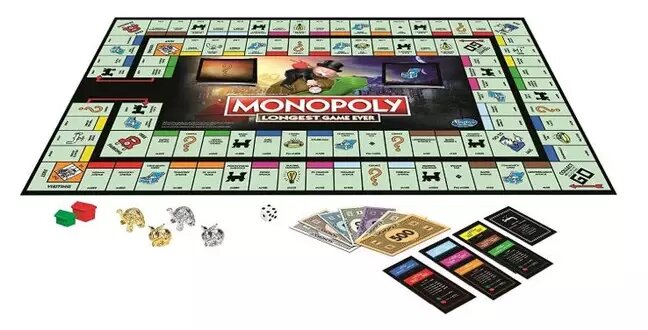 For example, you could take advantage of the niece of Mr. Monopoly by playing a game of Ms. Monopoly. In the new version, women will be able to earn more than men. According to Hasbro, it’s the first game to do so.

As an example, women can pick up $240 when they pass Go but men will still collect $200. Any women playing the game will also get a larger payout when it starts.

Hasbro recently released a statement, saying: “A fun new take on the game that creates a world where women have an advantage often enjoyed by men.

“But don’t worry, if men play their cards right, they can make more money too.” 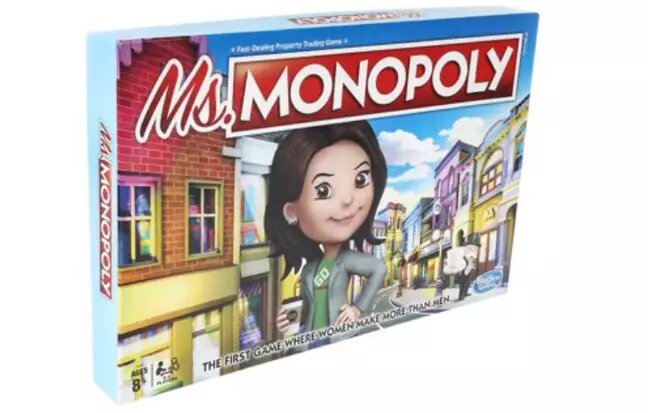 If that isn’t enough to get you excited, then you really need to know more about Ms. Monopoly. You will be focused on buying businesses and properties, you will only buy things that would not be around without the ‘innovative women who invented them’.

Sure, Piccadilly and Oxford Street may not be on the board but you can take advantage of things such as chocolate chip cookies, Wi-Fi and stem cell isolation.