The Spider Dance That Captivated the World in the 1840s

Lola Montez was born in 1831 in Ireland as Elizabeth Rosanna Gilbert and was raised in both India and Scotland. Montez was known as Eliza until 1843 when she made her debut as a dancer – this was after her first failed marriage.

In London Montez was recognized rather quickly as the disgraced wife she was and soon began traveling abroad in order to escape her past. Her entire adult life was so colorful that it could have been a dramatic novel, yet she is mainly remembered for her Spider Dance. 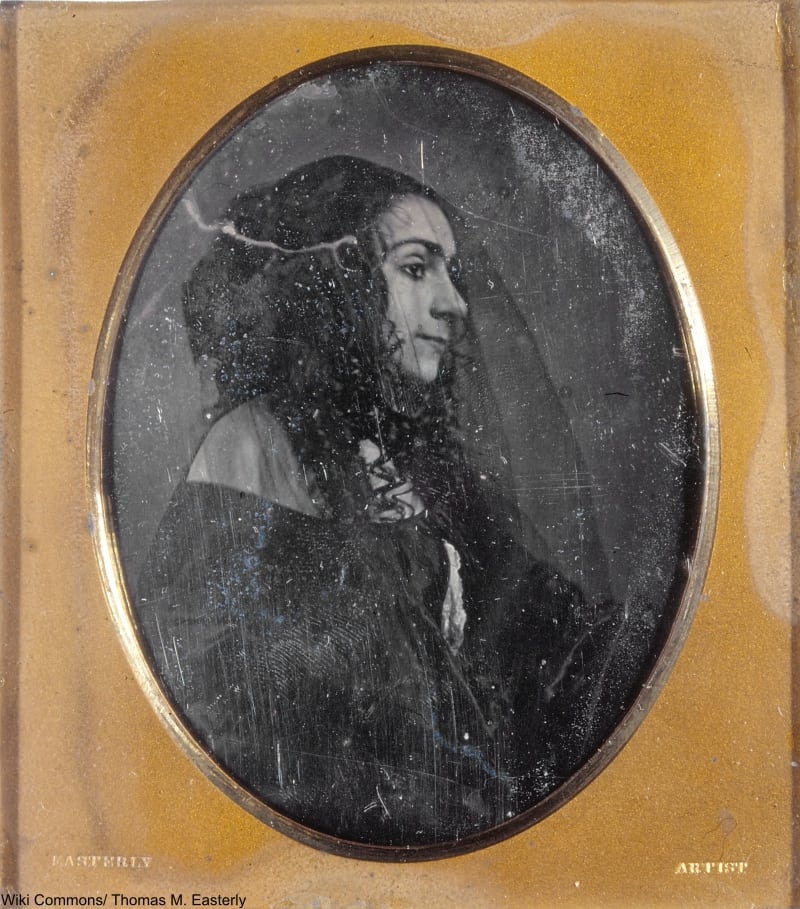 Far from the British Isles her “Spanish” dancing and Latin dress convinced many that she was actually Spanish, though there is some evidence that despite the false persona she did actually spend some time in Spain learning to dance.

Montez beguiled the King Ludwig I of Bavaria after he saw her dance in Munich, and many said was wrapped around her little finger. She became Baroness Rosenthal at his and Countess of Lansfeld at his behest, the king having given her her a castle. She was his mistress for about a year. The debacle over her role in government and in the life of the king sparked a major debacle and forced him to renounce his reign! 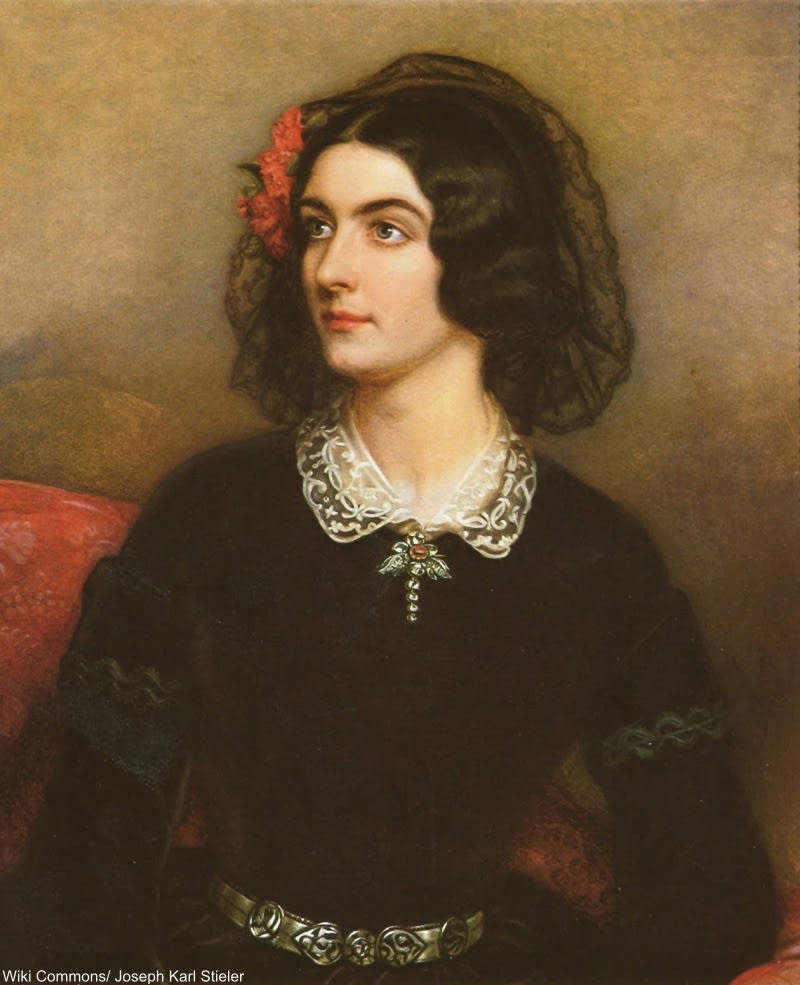 Painting of Montez commissioned by King Ludwig I of Bavaria. Via/ Wiki Commons

After fleeing from the coup in Bavaria, Montez returned to dancing, making her American debut to much fanfare. Montez is best known for her spider dance (or tarantula dance) which she debuted in the 1840s.

While there are no photos or even precise drawings of the dance, newspaper reports of the day recounted that the dance consisted of Montez rifling through her skirts looking to catch a rogue spider, only to to reveal to the audience towards the end that she had no bloomers on. The tantalizing movements and revealing dance placed her new routine in the realm of burlesque, though by today’s standards this dance would be considered quite tame. At the the time it was one of the most scandalous routines outside of sideshow and showgirl routines. 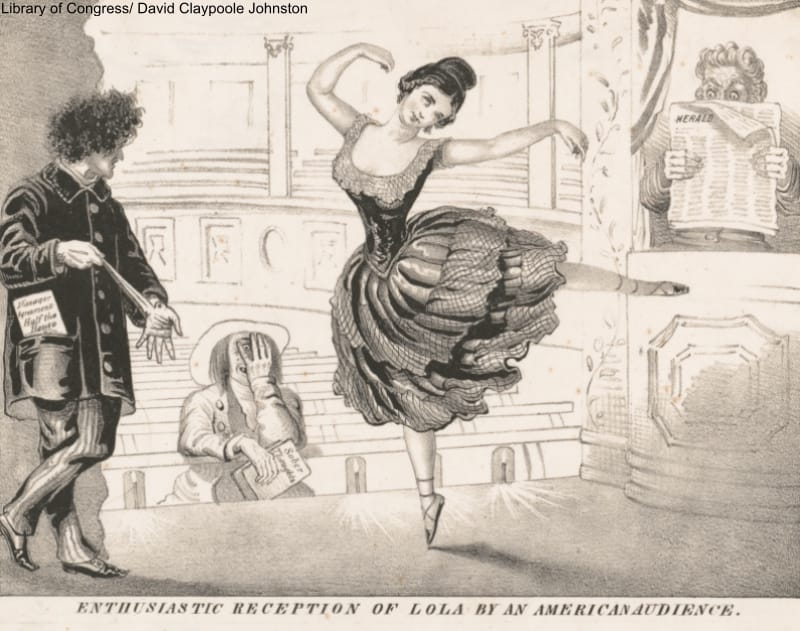 Later in her life Montez authored several books on health, beauty, fashion and herself.

Montez died in 1861 at the young age of 39 (either from pneumonia or syphilis depending on differing sources) but a rash of failed marriages, murders, and disappearances followed her wherever she went. .Montez was a wild child who would not be tamed under any circumstances. She is said to have married at least 3 men, and at least two mysterious deaths occurred around her. Supposedly the dancer also had a tumultuous affair with Franz Liszt, the famous composer. 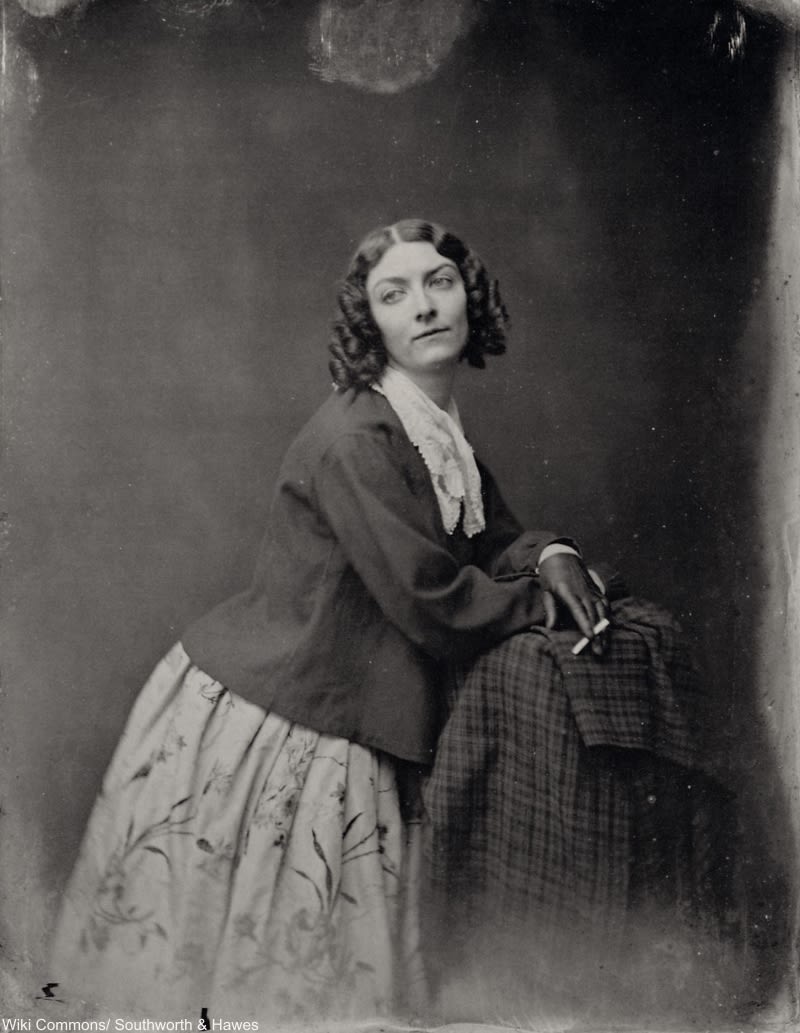 Lola Montez was a contemporary of Queen Victoria, yet followed none of the conventions that marked the queen’s (and the world’s) customs, instead following her own sensibilities until the very end.