Why The Lizzie Borden Murders Are Still Unsolved

The details surrounding the murders of Andrew and Abby Borden have never been properly sorted out and that is one of the reasons why a jury acquitted Lizzie Borden of the crime after less than 2 hours deliberation time. More than 125 years later people are still trying to figure out what really happened on August 4th, 1892, in Fall River, Massachusetts. The evidence and the decisions made by police at the time are more than a little confusing.

Warning: the following article contains graphic images and descriptions of the Borden murders. 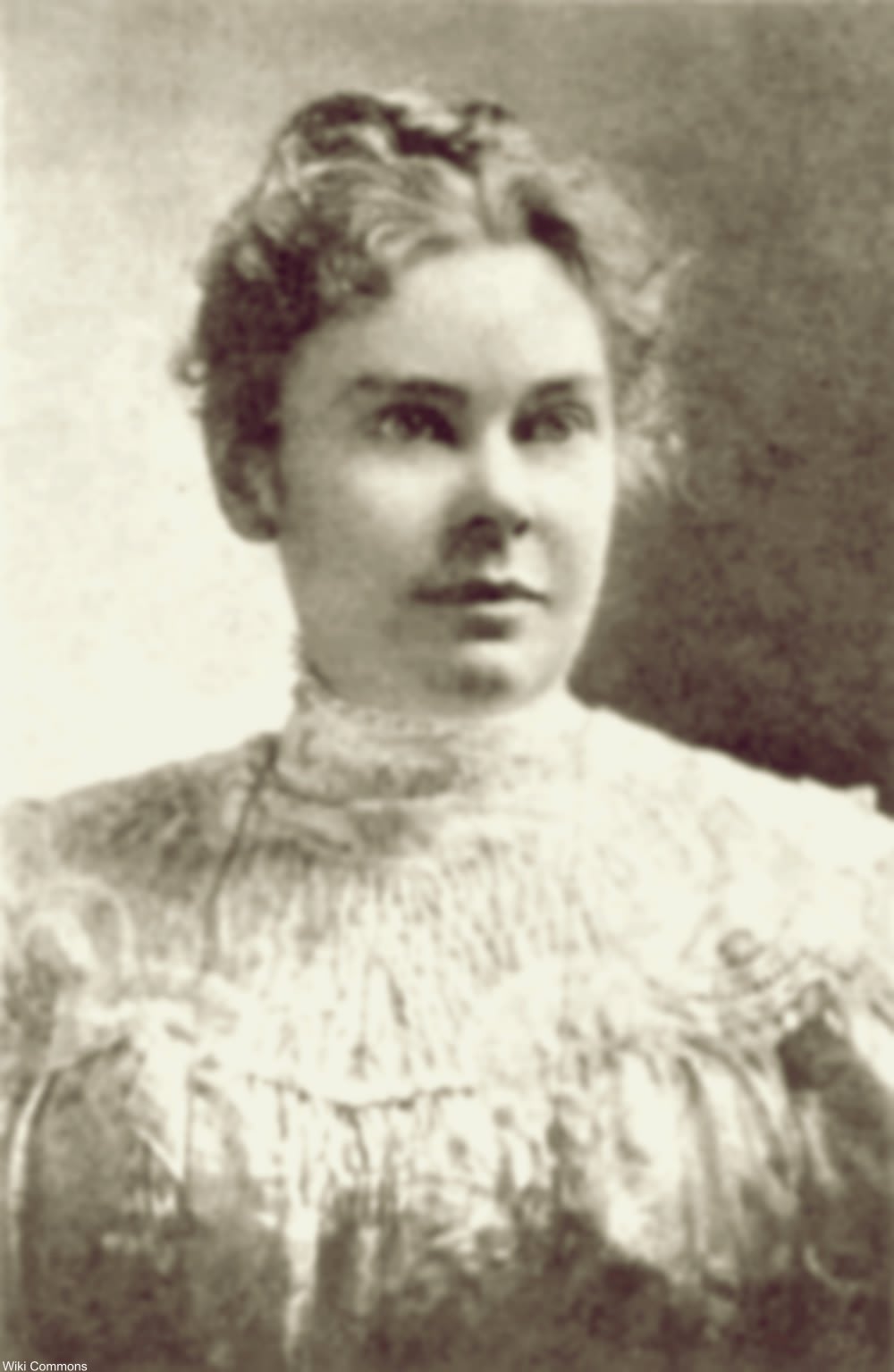 The conflicting verbal accounts given by Lizzie would lead one to suspect her of her father and stepmother’s murders. She claimed to have helped her father out of his shoes so he could nap on the sofa, but forensics photographs of the murder scene at the time clearly show Andrew Borden wearing his shoes. The way his head was axed, clean through a closed eye, indicates that he was likely asleep at the time of the murder. 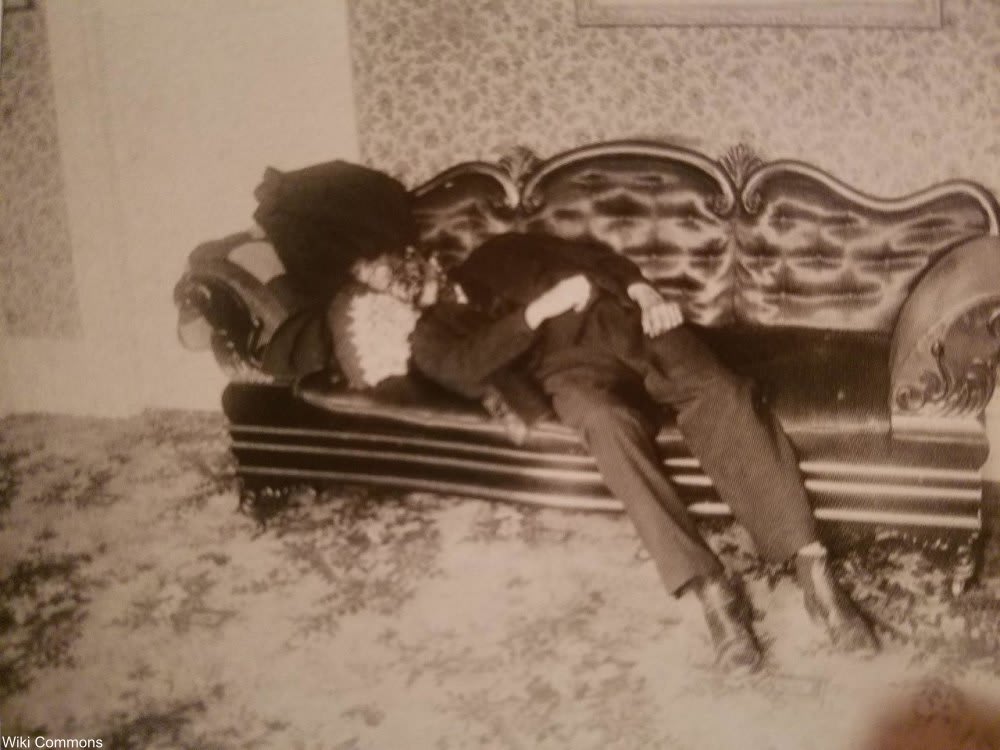 Police took photos of the crime scene, but refused to dust for fingerprints. This police photo clearly shows that Andrew Borden had his boots on when he was murdered. Via/ Wiki Commons

Lizzie at one point claimed that she did not know where her stepmother was, but the body could be seen through a gap in the doorway from the bottom of the stairs. Abby Borden’s body was quickly discovered by Adelaide Churchill, the next door neighbor, after she was was called on by Lizzie to help after the discovery of her father’s body. 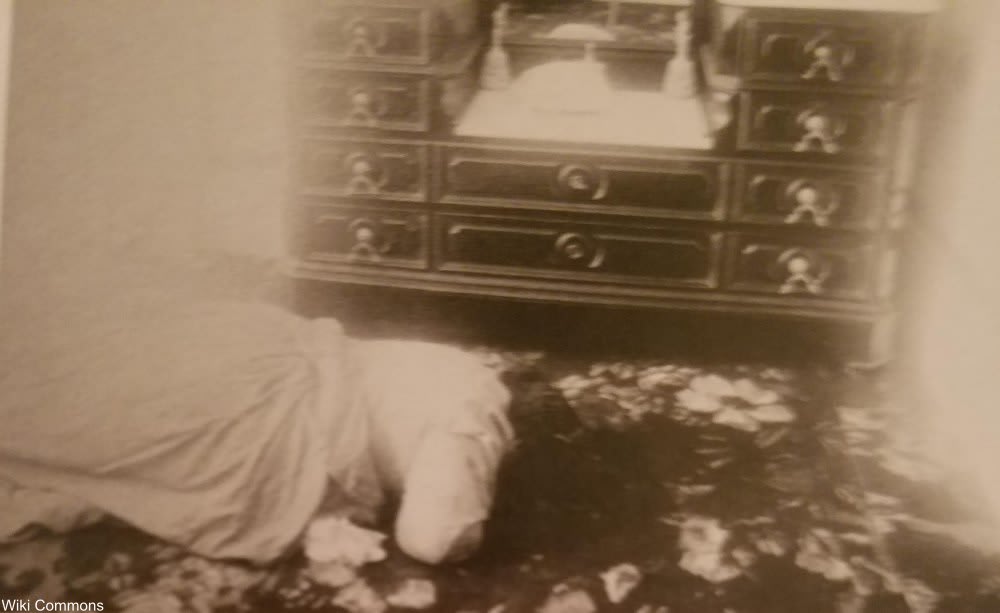 Abby Borden’s body. She was attacked from behind and fragments of her real hair and her “switch” false hair were found scattered around the room. Via/ Wiki Commons

And then there was the dress. Just a few days after the murders took place, Lizzie was seen burning a dress which she claimed had paint on it. Many have since speculated that in the time period the dress would have been cut up and used for cleaning cloths or rag rugs, not simply chucked into the fire. Was the dress stained with blood? We will never know the answer to that question.

To further confuse things, the police did a truly half-hearted job at gathering evidence. The police refused to use the brand new forensics technique of fingerprinting on the suspected murder weapon (a broken hatchet in the basement of the house where the Bordens lived). Even more puzzling, the hatchet in question was not removed from the house until well after the murders had taken place.

The police made other errors which negated what would have otherwise been potentially helpful testimony from the community (like the druggist who said that she had tried to buy poison from him, but whose testimony was not admitted). In the end, Lizzie’s own testimony was thrown out as well.

The Bordens had historically erosive, yet superficially very polite, relationships with each other. The Borden family dynamic was utterly disrupted upon the death of Lizzie and Emma’s mother in 1825 and was again eroded upon their father’s marriage to Abby when Lizzie was 3 years old.

Money was a constant source of strain for the household despite the fact that they had plenty of it. Andrew Borden was successful in industry, real estate, and investments, and yet refused to move the family to the more fashionable part of town. 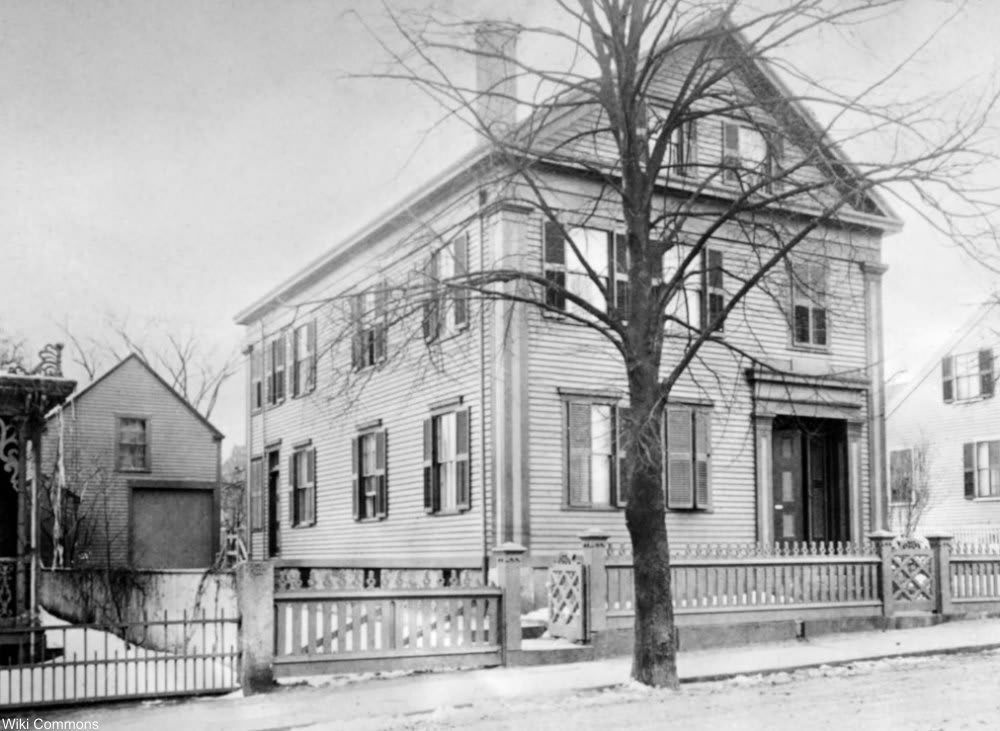 The Borden house where the murders took place. It was of shotgun design, despite being fairly spacious. Via/ Wiki Commons

Andrew also gifted land and houses to Abby and her family members, but was hard pressed to allow his spinster daughters the same luxury. This constant source of friction was ever present, though, according to testimony from Bridget Sullivan, the family never ever raised their voices to each other and never openly fought about anything.

Still, evidence of the conflict bore out in other ways. For instance, the Borden daughters took to calling their stepmother Mrs. Borden, a cold formality meant to send a message to their father about their disdain for his gifts to his wife. Despite tensions, the two spinster sisters did not move out of the their father’s home, even after he deeded them a house of significant worth. It seems that the old habits kept them locked in a routine that went unbroken until the murders took place.

There are those who speculate that Lizzie and her sister were both innocent and that their Uncle John (their mother’s brother) was the killer. He was staying with the family at the time, had ample chance to commit the murders, and may have stood to inherit property were the couple to die. In fact, the police initially suspected him, but later released him. 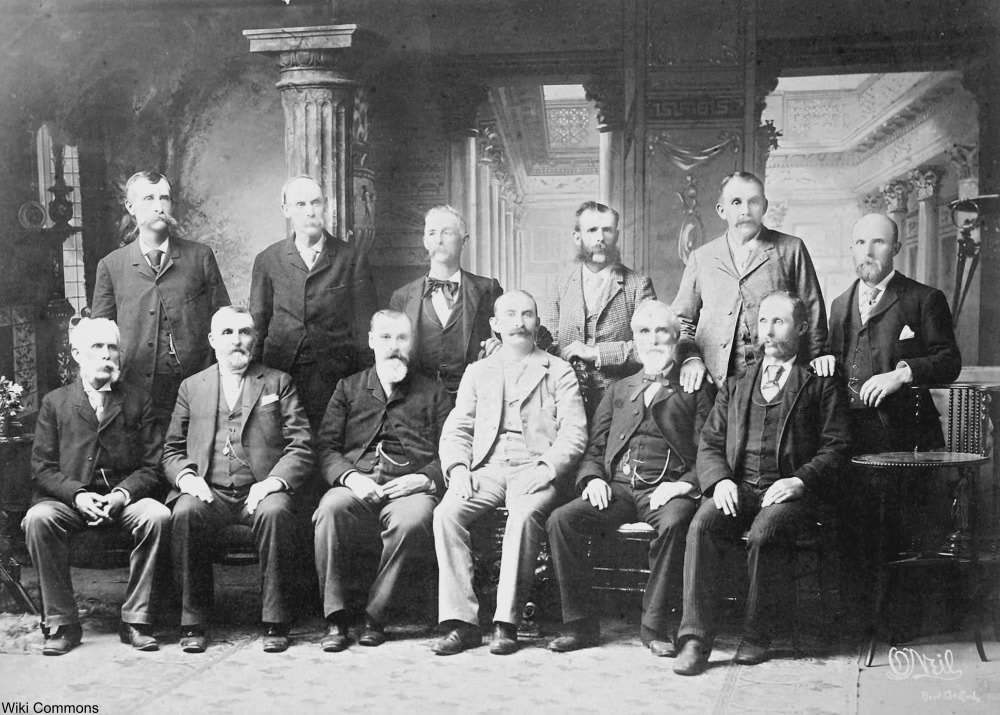 The jury that acquitted Borden. Via/ Wiki Commons

Whatever really did happen Lizzie got off scot free when a jury acquitted her and she and her sister inherited her father’s very large estate. The lack of strong police evidence was not the only reason she wasn’t convicted: Lizzie was a Sunday school teacher, a Temperance movement member, and had exemplary character references from her friends. Since the penalty if she had been found guilty would have been death by hanging, the jury likely didn’t want to hang a woman (and a Sunday school teacher no less!).

With the lack of evidence, the media frenzy, and the bungled state of the police work on the case, no one else was ever charged with the murders of Abby and Andrew Borden. The case remains unsolved.

Lizzie was a spinster from a wealthy family and people tended to believe up until the trial ended that she might have been innocent, but afterwards was a different story. Because she had not been convicted, Lizzie and her sister inherited quite a bit of money from their father’s estate, the equivalent of around $7M in today’s money!

If her plan had been to fill up her own bank account then she certainly succeeded, which didn’t sit well with the people of Fall River. Lizzie and Emma immediately set out to move to the fancy part of town, buying a comfortable home in 1893 that they named “Maplecroft.” Lizzie also changed her named to Lizbeth. It might have been a midlife crisis, but it sounds just as likely that it was a rebellion a long time coming.

Lizzie and Emma lived together for years, until something came between them and Emma moved out. The wedge was rumored to have been a pretty young actress that Lizzie was involved with, but it’s hard know for certain what the real issue was. Considering the family’s troubled history and poor communication, anything seems possible at this point. The sisters remained estranged for the rest of their lives.

Lizzie Borden died in 1927 after facing discrimination from the townspeople and having lost those friends who so solemnly gave her good references during the trial. Even Lizzie’s funeral was confusing. When people arrived they were told the funeral had occurred the day before when no such thing had happened, perhaps one last mysterious joke to end her very perplexing life.