The Little Below the Knee Club

Often obscured among the annuls of fashion history is a movement to stop the frills and petticoats of the New Look. The wildly popular style was unveiled by fashion designer, Christian Dior, in 1947 during his spring Corelle collection. The most famous of these pieces was the Bar Suit, pictured below. The phrase “New Look” was no where in his collection. However, a reporter at the show overheard a stunned Carmel Snow (editor of Harper’s Bazaar at the time) exclaim what a “new look” it was for fashion and it was instantly called that from then on.

From the moment the collection was released the public was largely in love with the new silhouette. But, there was also a small -but very vocal- group of women who were not at all enthralled with the New Look. 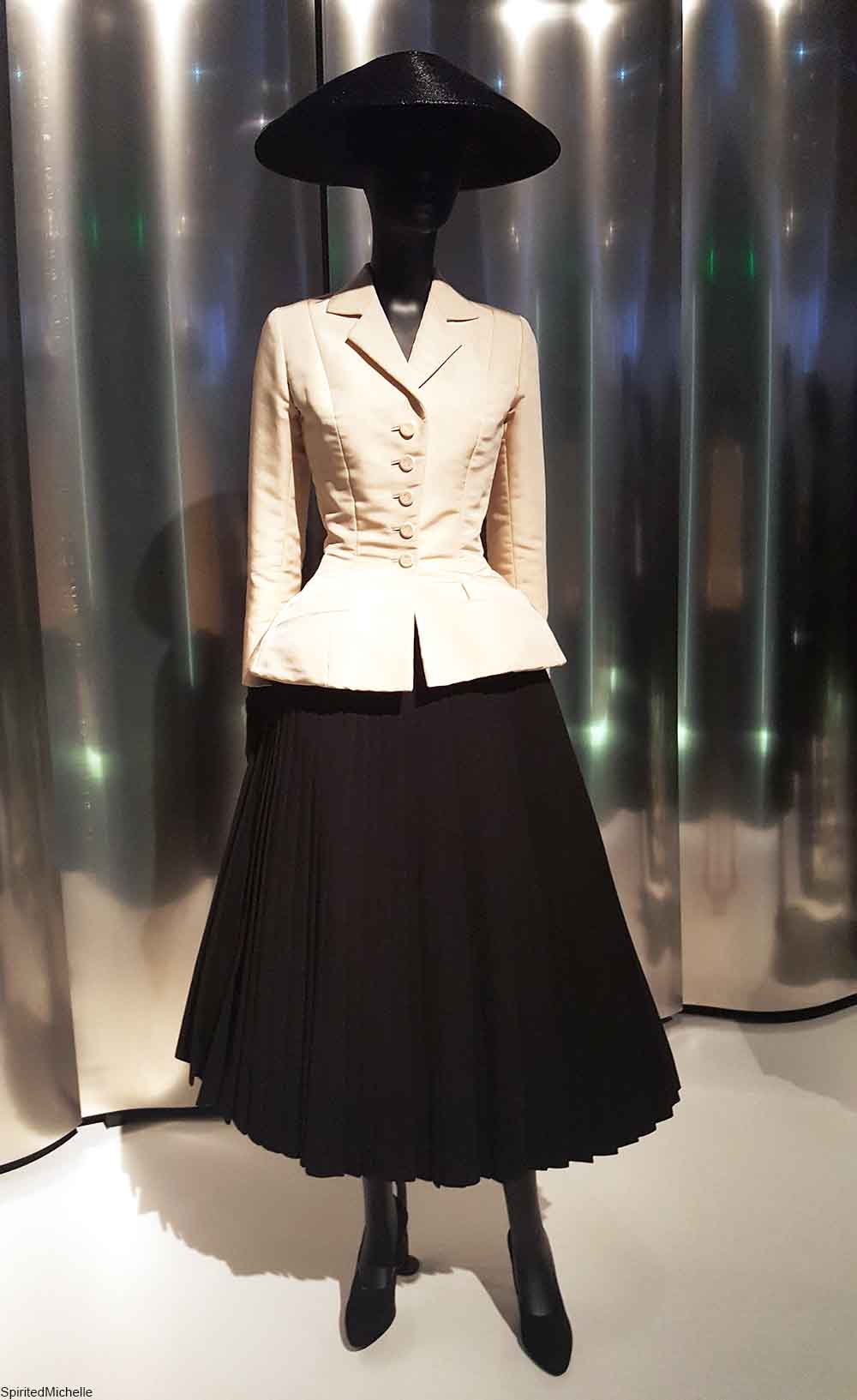 Women’s fashion during World War II had changed dramatically from the long, dour skirts and corseted waists of the 1910s. Skirts were shortened to account for fabric rationing and an overall shortage of consumer goods. This change also had practical benefits as it made for easier commuting and working- something women had to begin doing in droves while the men were away on the frontlines. The overall look was an A-line skirt (sometimes cut on the bias), a natural waist, and broad shoulders that originated from hefty should pads.

Women’s skirt suits were popular and were often made in very masculine designs like tweed and houndstooth patterns, sometimes even cut from a man’s suit. All this created a less feminine look which was empowering and practical. 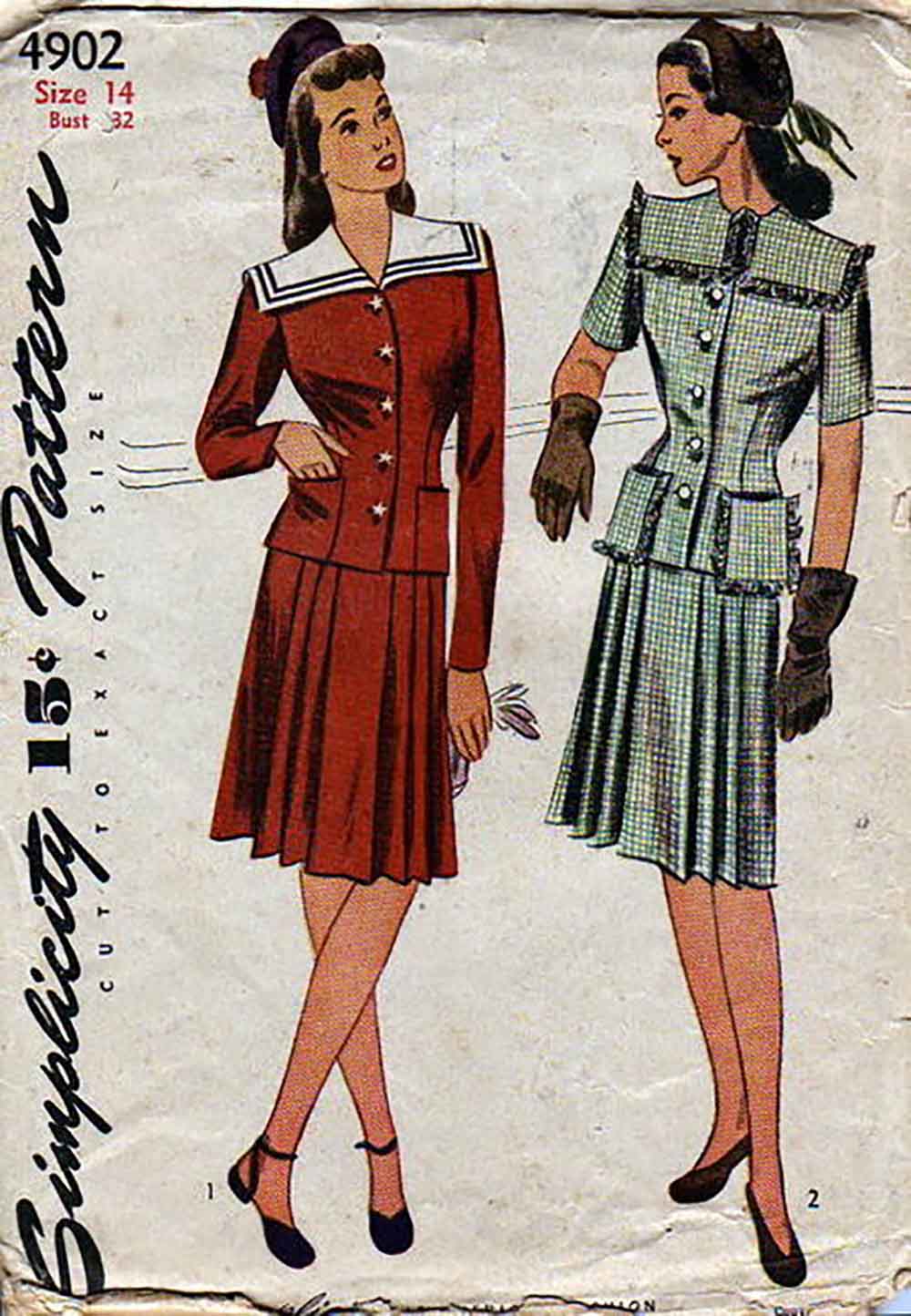 Contrary to wartime fashions, Dior’s New Look was anything but sensible. The nipped waist was achieved with the use of girdles and the wide hips were the result of either clever padding inside the garment or the use of crinolines. The shoulders were not wide and the hemlines were much longer. Overall, it was a much more feminine look and one that was not easy to bike or work in.

Women who had felt deprived of luxuries during the war were clamoring to wear the novel style, one in which fabric was not restricted and flowed freely above kitten heels with a delicate swish. Instead of the powerful feeling of a suit with shoulder pads, many women in the late 1940s and early 1950s instead found safety in the can-can and crinoline petticoats that the New Look required. The style caught on instantly and soon the look was copied by brands at every single price point. However, many women were appalled at the New Look. 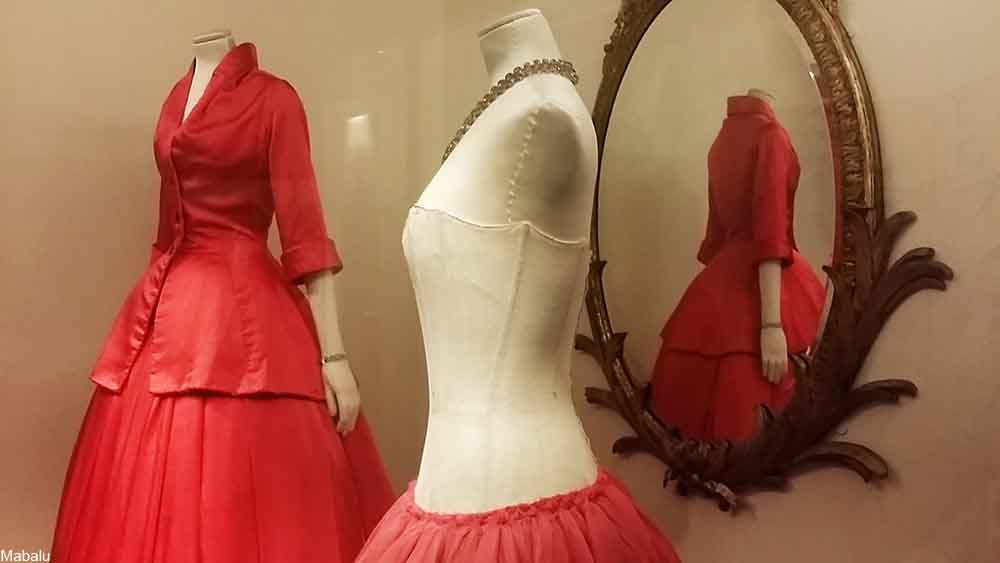 In 1947 thousands of women joined the first group to reject the New Look, called the Little Below the Knee Club, in Texas. Soon other similar groups popped up all over the U.S. According to a newspaper article from August of 1947, the founder was a Mrs. Warren J. Woodward who was quoted thusly on her reasoning for the movement, “I didn’t feel like throwing away an entire wardrobe…I thought a lot of women might feel the same way and now I know they do.”

“We are going to wear the clothes that look best on us- styles we have a right to choose. Why should a girl cover up her legs- they may be her best selling point.”

It seemed that along with the somewhat more masculine designs of the 1940s came a certain sexiness that many women were not inclined to give up.

Groups of women began protesting the New Look with a variety of slogans like, “Mr. Dior, we abhor dresses to the floor,” and “we won’t revert to grandma’s skirt”- insinuating that the style was too old fashioned. Women in their undergarments took to protesting as part of the Women’s Organization to War on Styles (W.O.W.S.) with the signs that read, “Do we need padding?” which took aim at the undergarments needed to created the extreme hourglass shape of the New Look. 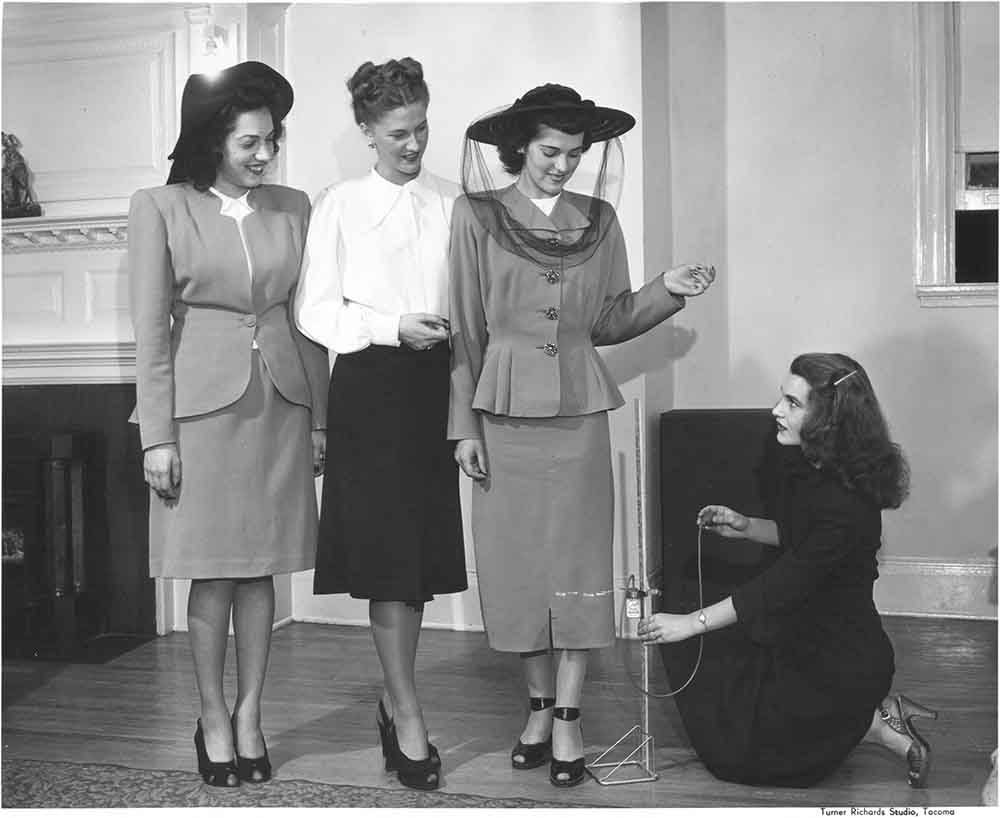 The photo above was originally captioned with following statements, “Three unidentified women stand side-by-side while a fourth woman uses a hem marker to mark the skirt worn by one of the women for shortening. Tacoma women formed the “Just Below the Knee Club” in September of 1947 to battle the fashion industry’s move to longer skirts. Members of the club felt that the new, longer skirts were a waste of money, and dangerous. On September 13, they sent a group of protesters to march in the Puyallup Fair opening day parade. All “L.B.K.” members were asked to refrain from buying any coats, skirts or dresses of the new, longer length.” 2 inches below the knee was considered the appropriate length, no more.

Another point against the New Look was that people were used to scrimping and saving during the Great Depression and WWII, and so many people found the idea of buying a whole new wardrobe to be wasteful and frivolous. This very fact may have also been what attracted so many women to the New Look after 15 years of counting pennies and a “make do and mend” mentality. 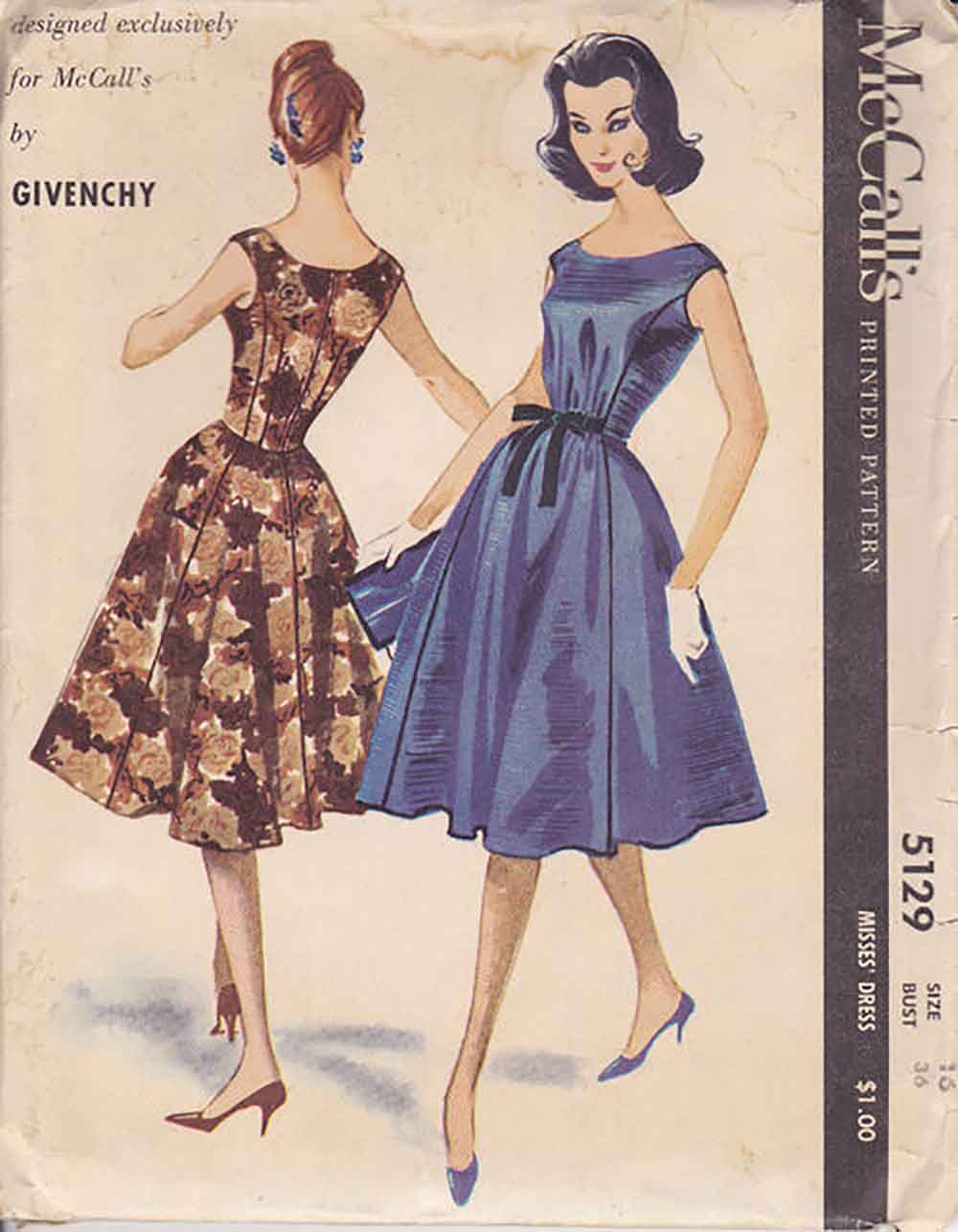 The New Look was such a huge and instant success that there was no stopping that train. Women would embrace the New Look well into the 1960s, until the mini skirt displaced the ultra-modest New Look as the mode du jour.