The Curious “Belgian Lion” Maps of the 1600s

Much like PR shapes the news of today, maps were once crucially important to the flow of information and the tides of public opinion. In the days of colonial conquest maps could influence trade, investment, and culture all based on the fairly subjective shapes and names that described new lands. One of the most ambitious of the colonial European powers was Spain and they are at the heart of the Belgian Lion map controversy of the 1500s. 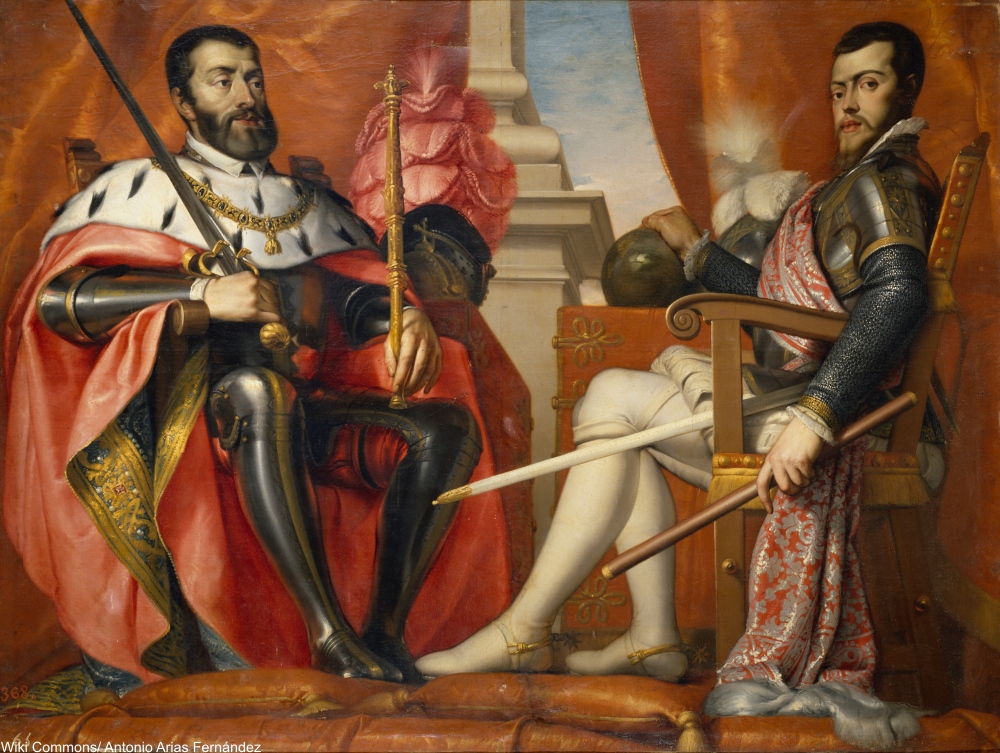 The Spanish traveled to the South Pacific islands, North America, Africa and beyond to seize land and create new wealth for the Empire. But, they also seized lands much closer to home. For a time, Spain was in control of parts of Europe – including what is now the Netherlands, Belgium, and Luxembourg.

Under the reign of King Phillip II in the late 16th century, those regions paid taxes to Spain without much in the way of representation or contribution. There was little in the way of Spanish presence except for at tax time. 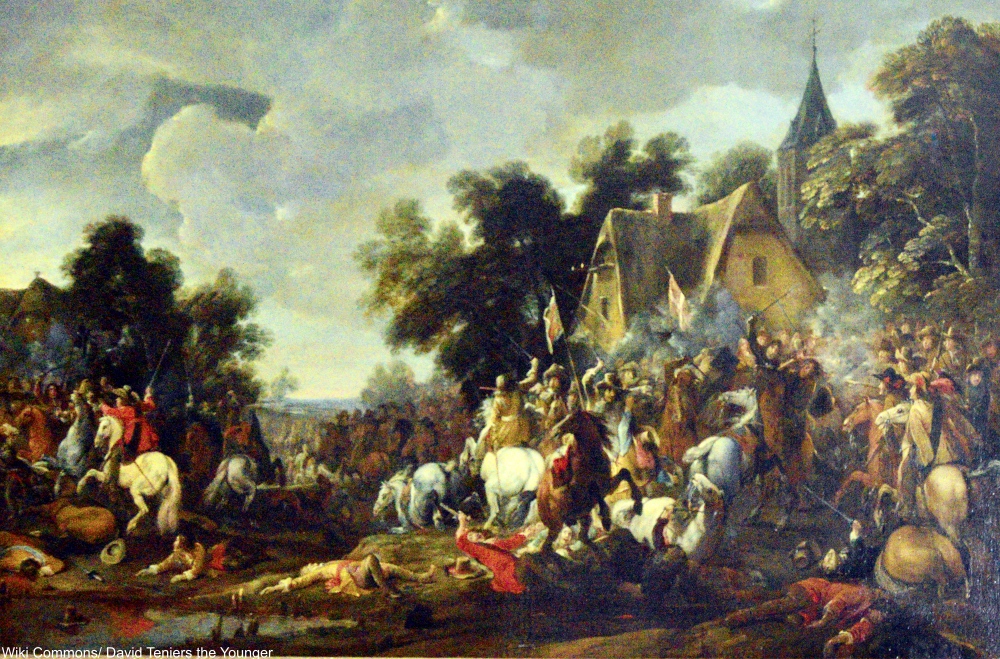 In the 1560s the citizens of these semi-governed areas began to revolt and thus began the first stages of the Eighty Years War for independence. By the 1580s the move for independence had reached a more organized status, with the so-called “Republic of the Seven United Netherlands” demanding freedom. 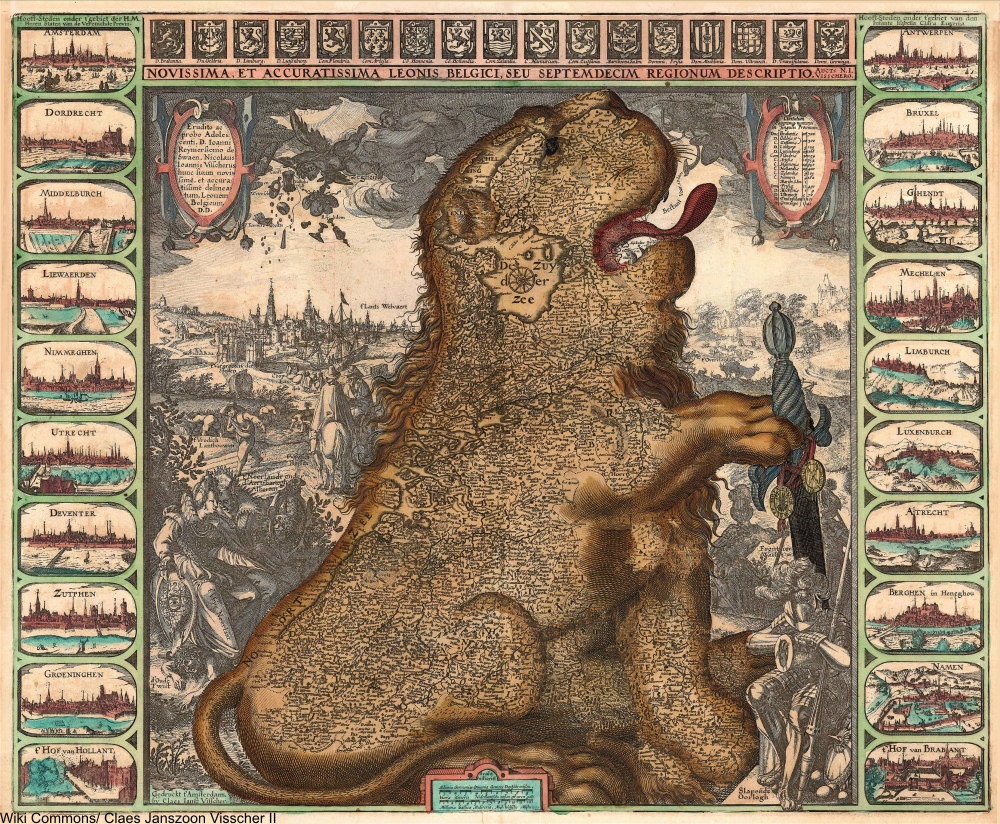 It was in 1583 that the first lion-shaped map of the area was created by Austrian diplomat and cartographer, Michaël Eytzinger, showing the regions united in the shape of lion growling with its tongue out. This majestic and imposing figure was used many times in the following decades, often showing the lion holding a sword and in effect conveying a “don’t mess with us” attitude. 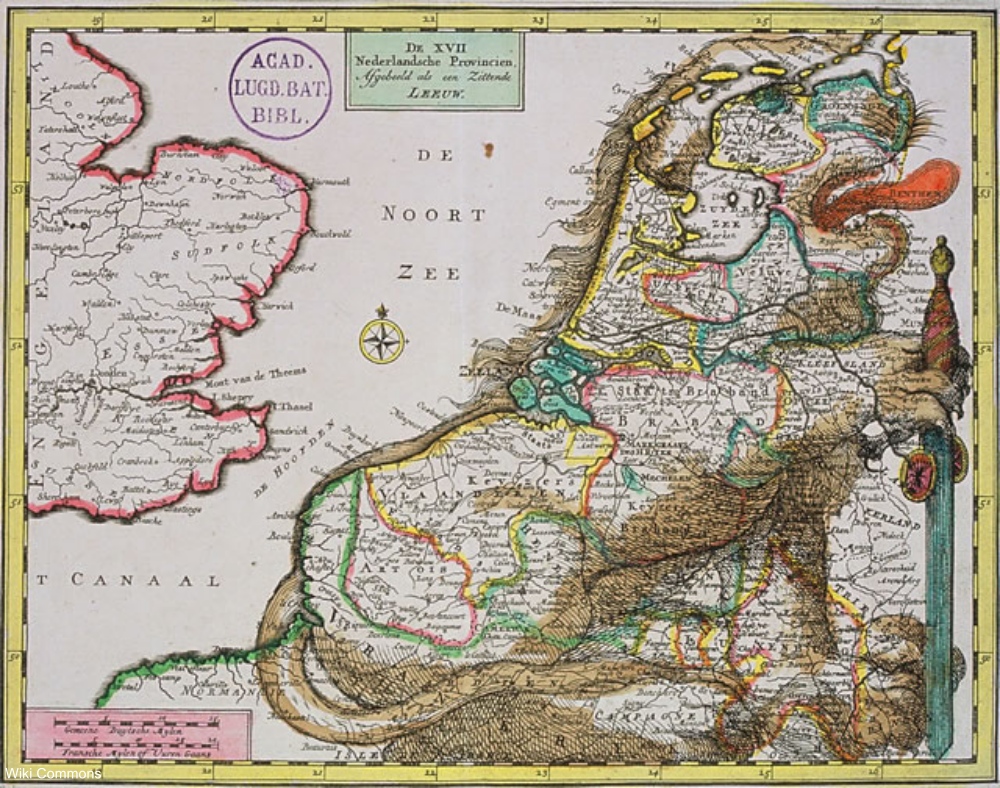 Much like the Gadsden flag and Benjamin Franklin’s rattlesnake map of the original 13 colonies influenced the Revolutionary War, so did this powerful and majestic lion in defense of his lands have an impact on the outcome of the Eighty Years War. The alliance with of the Dutch with the French is what finally made independence a reality in 1648. 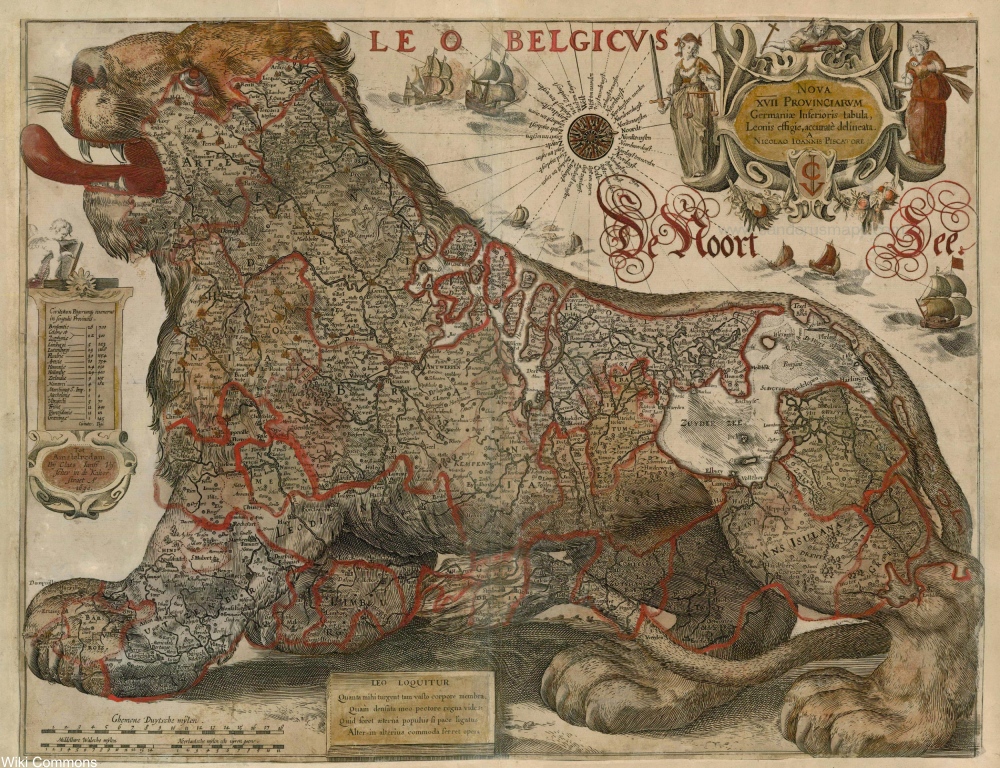 The 12 Years Truce was marked by a more relaxed version of the lion sans sword and later versions of the “Belgian Lion” (Leo Belgicus) became known as the “Dutch Lion” (Leo Hollandicus) and showed only Holland as the lion. There were many different kinds of lion maps made at the time, but they all suggested the power and nobility of a sovereign nation which helped win the support of many. The lion was such an important symbol that it remains

One of the earliest globes warned of dragons: Click “Next Page” below!