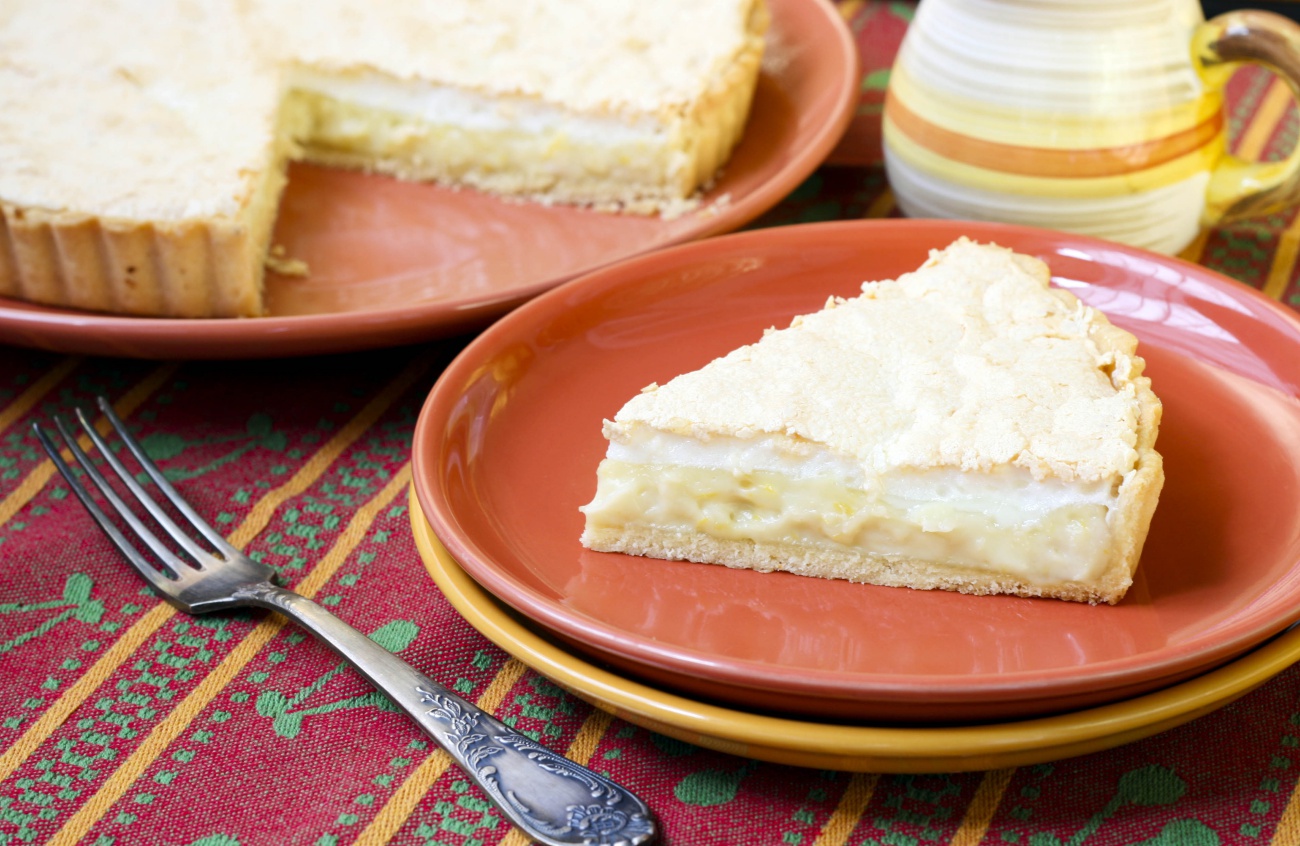 Maybe you love lemon meringue pie. Maybe you love coconut. Maybe you just want them to be joined together in one simply delicious dessert. If so, this is the tart for you. With a simple crust (as in – store bought is totally fine), a creamy custard filling brightened with the flavors of lemon and coconut, and an airy topping of sweet meringue, this dessert is an irresistible combination of flavors. And it’s easy enough that anyone can make it!

The base of this tart is just a simple pie dough. You can use the store-bought variety or your favorite recipe. We’re partial to our No Fuss Pie Crust because it doesn’t even involve a rolling pin. For this tart, you start by pre-baking the crust until it’s just golden brown, and then you get to making the filling, which comes together quickly on the stovetop. 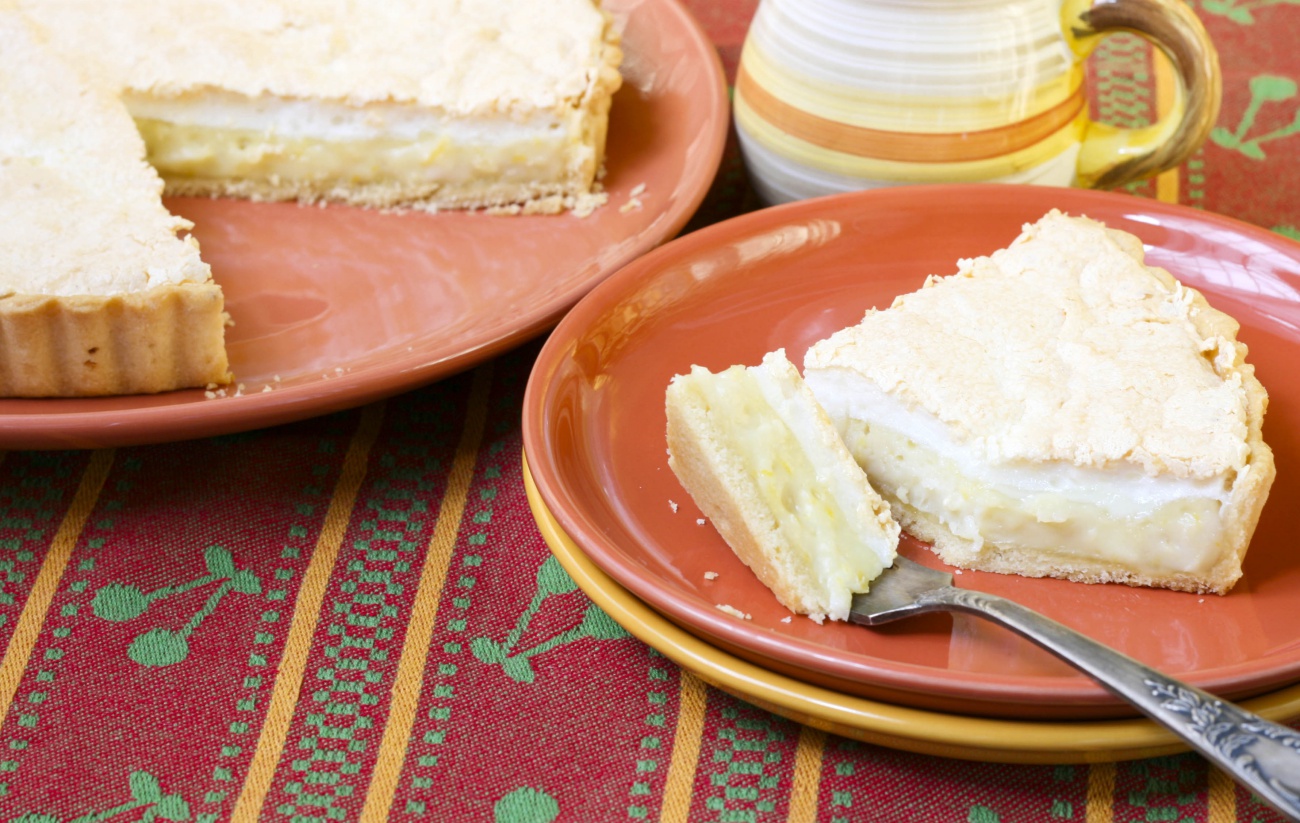 You whisk together flour, sugar, salt, butter, milk, and egg yolks until the mixture becomes thick, and then you stir in lemon juice, coconut extract, along with some lemon zest and shredded coconut. That’s all it takes for the filling; you pour it into the baked pie crust and move on to the meringue. And don’t let meringue scare you away. It’s easy:

Beat the egg whites with the cream of tartar and vanilla extract until soft peaks form, and then add the sugar, just a tablespoon at a time and keep beating until you can form stiff glossy peaks. Spread it over the filling, and pop the whole thing in the oven just until the top is golden brown. Let the tart chill before you slice it; it’s cool and creamy, a little bit tart and just sweet enough… and it’s one of our absolute favorites!