The Way to Use Leaded Crystal Safely

Many of us have been given precious heirlooms from the old days by our elders. These may include things that most people today don’t regularly keep in their cabinets, like bone china and leaded crystal. When it comes to the latter, the FDA has issued some fairly grim warnings about using products containing lead. Because of the potential dangers many people are afraid to use their leaded crystal, but it turns out that there are some uses for leaded crystal that are deemed to be relatively safe. 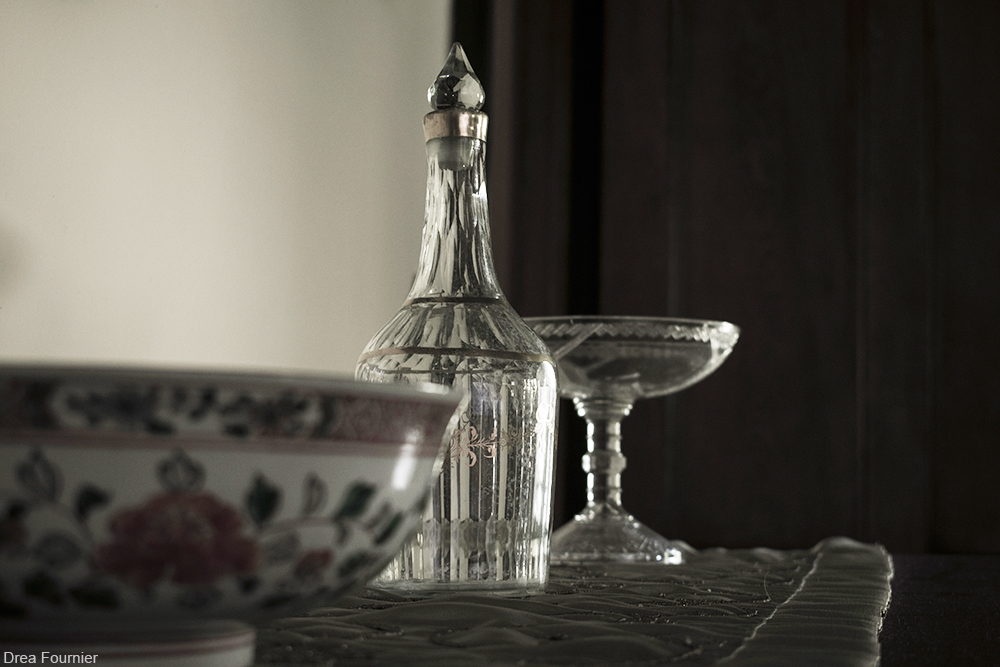 Why Is Crystal Glass Leaded?

Crystal is any glass that is infused with a certain percentage of lead, a process that was invented in England in the 1600s. The lead adds weight, clarity, and the ability to cut elaborate patterns into the object. The lead also makes the glass harder to work with overall, despite the payoffs in design and durability. Given the extra effort in the making the pieces, it makes sense why crystal is so expensive and why so many families have leaded pieces handed down through the generations.

Ireland and England were two of the biggest producers of cut glass for centuries. However, with the 1876 Centennial World’s Fair in Philadelphia a new crop of domestically-made, cut glassware was introduced to the public. Cheaper than imported glassware, this exposition from 8 different manufacturers sparked a revived interest in the medium and became a tradition in many families.

Prior to 1969 crystal glass was generally around 36% lead. However, due to concerns over lead leaching the percentage was reduced to the unofficial standard of 24%. Today glass with a lead content of 10% or more is considered to be crystal or “fine glass”. 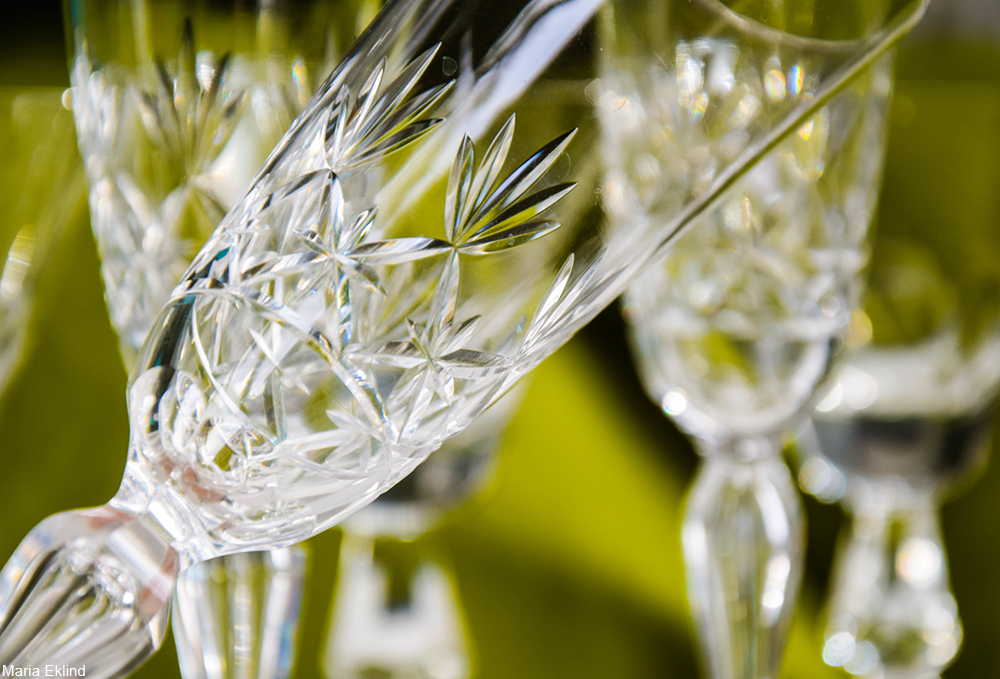 Crystal is still made today, although the demand is much lower owing to the informality of most people’s lives coupled with the warnings from the FDA about using products containing lead starting around 2 decades ago.

Why Is Leaded Crystal Potentially Dangerous?

The amount of lead that can leach into food or drink when left sitting has been shown to be much higher than what the FDA allows as a safe levels for humans to consume. In many areas, minor amounts of lead are present in the drinking water and lead is also present in some foods. However, at low levels these sources are not thought to pose health risks.

When talking about using vinegar from a crystal cruet or pouring wine from a crystal decanter, studies have shown that as much 4 times the highest allowable levels of lead in water may be found in the resultant food and drink. For this reason you should never store wine, mustard, vinegar, sherry or other food and drink in leaded crystal containers for longer than is needed to serve them. The longer a liquid or acidic substance sits in crystal the more lead is leached into the contents. 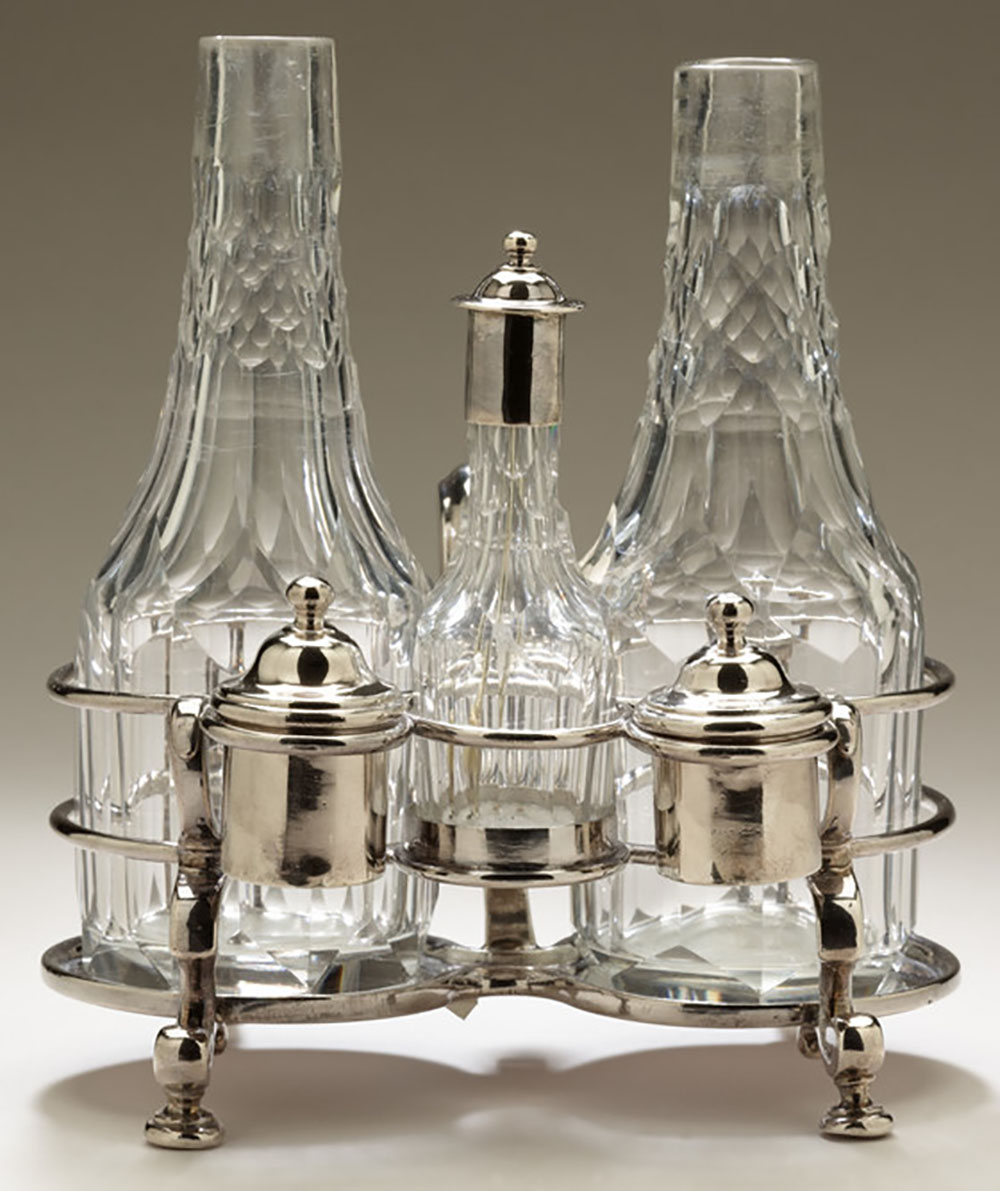 Is There a Safe Way to Use Crystal?

To avoid high levels of lead, wine or liquor in a crystal decanter should be consumed in a matter of 2 hours and should never be left to sit. On the other hand, the amount of lead that can leach into a glass of wine that it only left sitting for a half hour or so is not very high. This means that in theory you can use your leaded crystal glasses on occasion and for short periods without worrying if the lead is leaking into the drink at dangerously high levels. 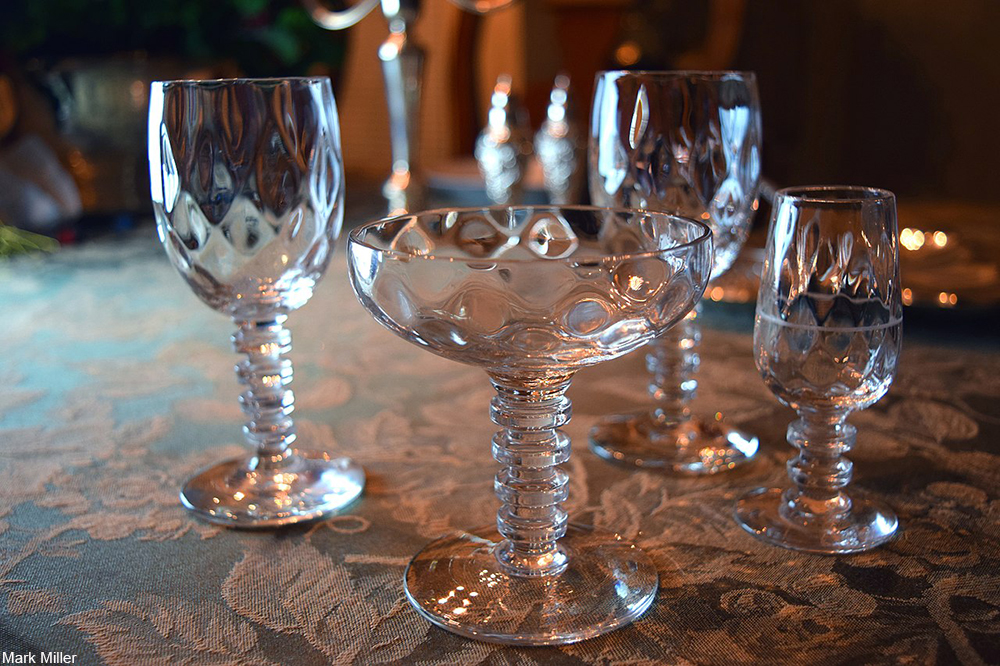 Never put crystal pieces through the dishwasher as this can damage the surface and cause them to potentially leak more lead. Wash gently by hand with regular dish soap to avoid damage.

In the end it’s a personal choice as to whether you want to take the risk of using leaded crystal to serve or eat or drink with. If, in the end, you simply cannot comfortably drink a glass of wine from your leaded crystal then consider using some of your pieces as display items or as upscale vases for flowers. There’s certainly no other material that glitters and shines like crystal- one of the many reasons why these pieces are considered heritage pieces in many families.