“The Lawrence Welk Show” stayed on the air for nearly three decades, and there’s a reason for that — it was classic, feel-good entertainment at its finest!

One episode, in particular, comes to mind as a prime example. During a dance segment, everybody’s favorite television host pulled a young woman out of the audience. He took a stab in the dark, guessing that she was just dying to have a twirl with Mouseketeer and regular guest Bobby Burgess. But she responded with, “No, I’d rather dance with you!”

Without skipping a beat, Lawrence queued the music up but never expected what would happen next. 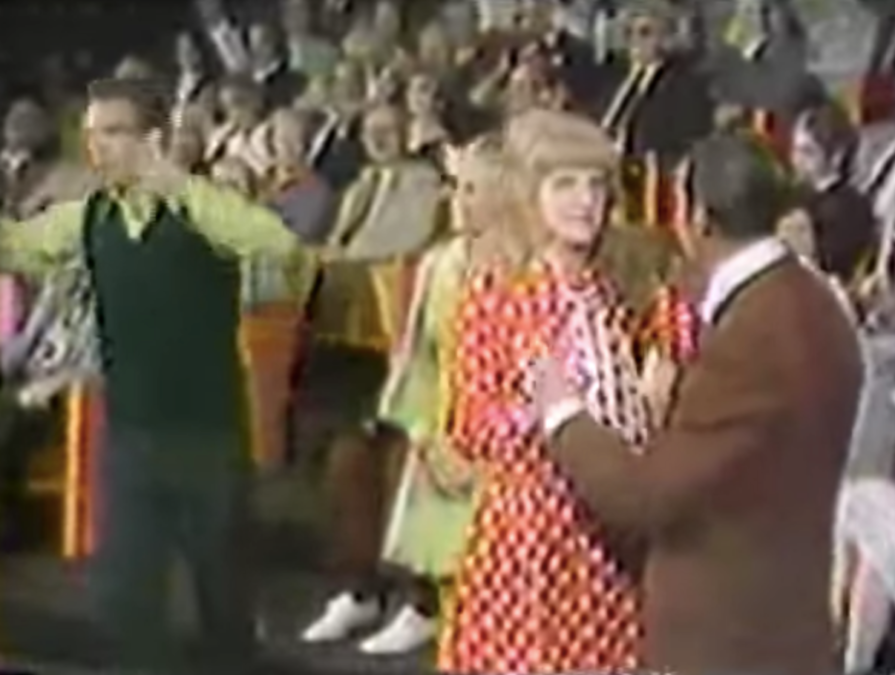 First, Genise forgot to take off her glasses, handing them to the host mid-verse. The silly stunt could be written off as nerves.

But, when the music started again, Genise couldn’t keep her feet still, and she definitely wasn’t holding a beat… but at the same time, they weren’t going anywhere! The audience erupted in laughs and a flustered Lawrence motioned for the musicians to stop. 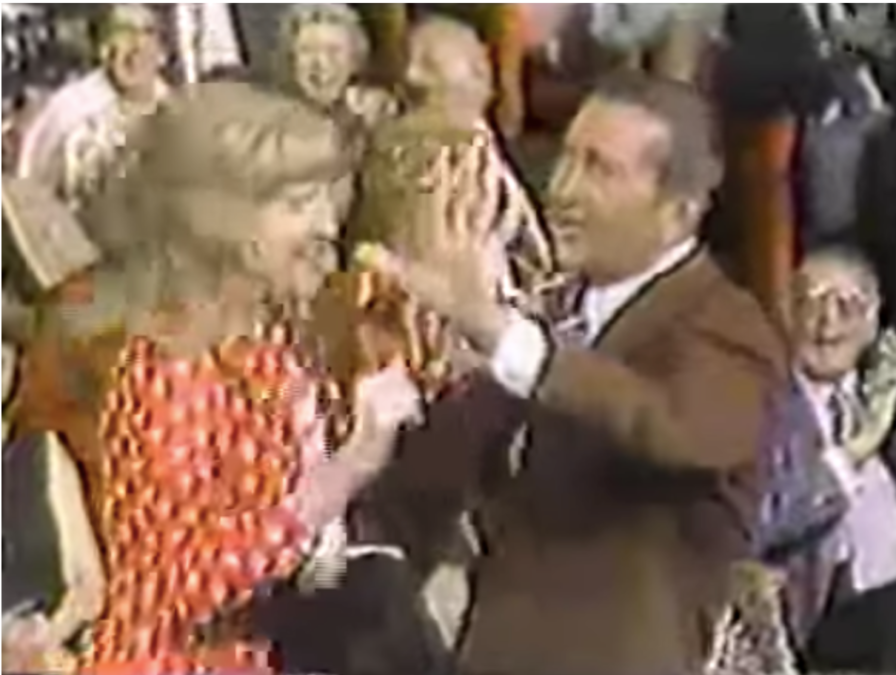 “Let me just tell you one thing: In this band, I do the leading,” he tells her with a laugh. But that admonition does nothing to dampen her spirit and in fact, seems to embolden her dancing!

They eventually end up in something similar to a conga line before Lawrence cuts things short again. 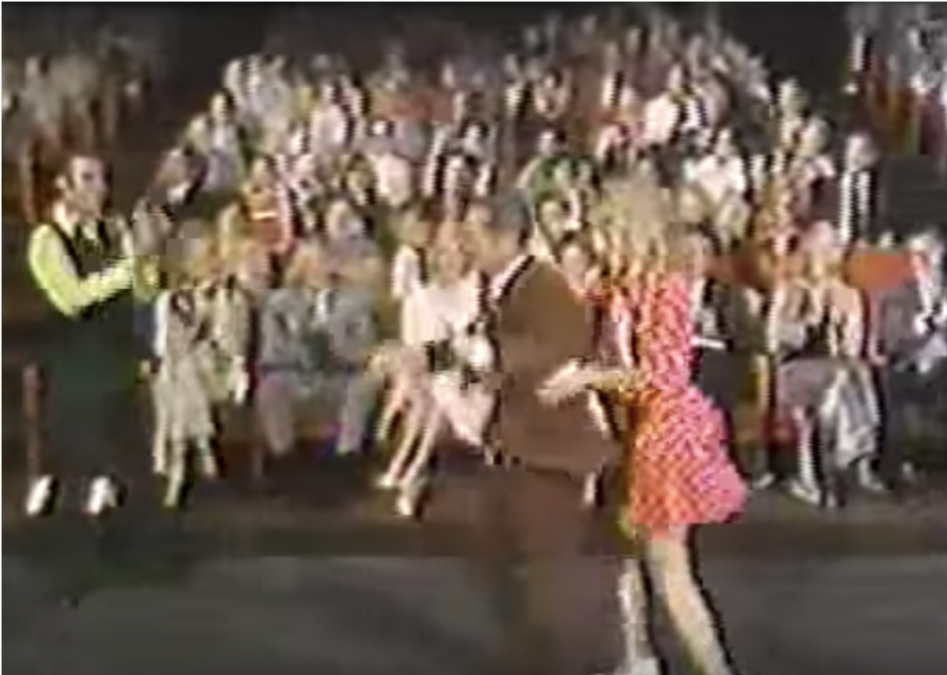 Saying she’s “too wild” for him, the host hands her off to Bobby and, truth be told, he serves as a much better partner!

But the most hilarious part comes near the end when quite likely, the most embarrassing thing ever to happen to this poor woman occurs in front of a national audience.

While some people say that the segment was staged, one YouTube commenter verified that Genise, the dancing woman, was not an actress:

“This was not staged, Genise was a schoolteacher from Southern California and worked with my mother (also a schoolteacher) … Genise tried to get them to cut this clip, but the producers said it was too late to cut it from the show, so they offered her some sort of payment to let them air it. LW later expanded and capitalized on this as a gag, since it was such a [big] hit with the audience.” 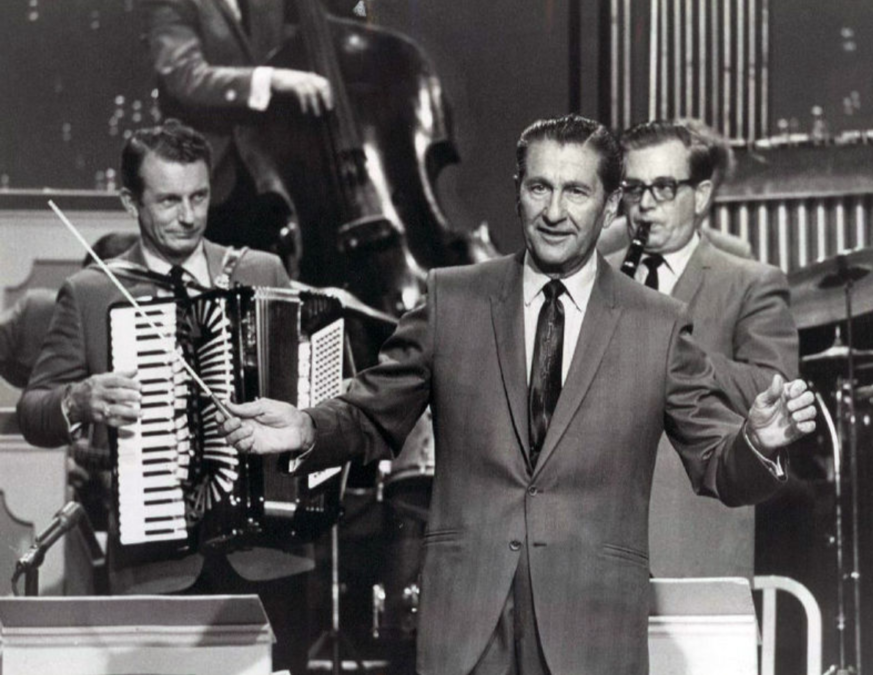 Watch the entire hilarious dance segment in the video below, and share to spread some smiles!