When you hear the word “pyramid,” you probably automatically think of the famous pyramids in Egypt, right? Well, so do most people. However, you might be surprised to learn that they’re actually not the largest ones in the world. Bet you didn’t see that one coming.

The largest pyramid in the world is actually closer to home than you might think. It’s actually in North America. Can you guess where?

If your guess was Mexico, then you would be absolutely correct.

My dad and his brown pride will be happy to know that just a 2-3 hour ride outside his birthplace of Mexico City, in the city of Puebla, stands the world’s largest pyramid on the planet: The Great Pyramid of Cholula (and yes, that’s where the hot sauce comes from). The giant structure is remnants of an ancient Aztec temple. 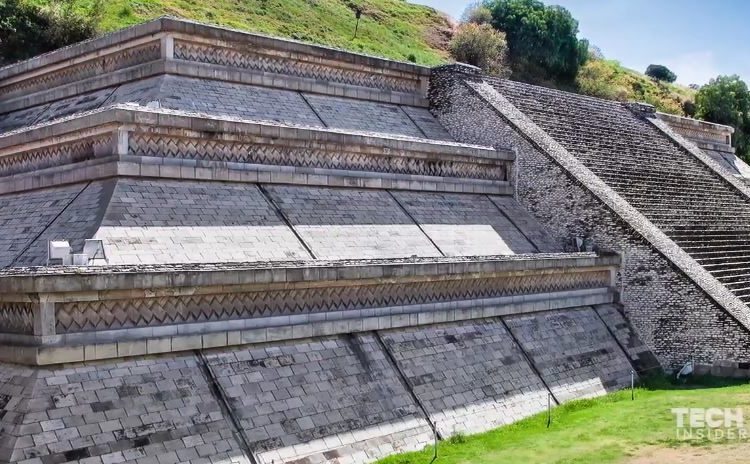 The Great Pyramid of Cholula is an impressive 216 feet tall, while the base of the structure covers more than 200,000 square feet – that’s four times the size of the Great Pyramid’s base in Giza, Egypt! To put it into perspective, the Business Insider video broke it down to this analogy: even Olympic swimmer Michael Phelps would get tired of swimming around it. 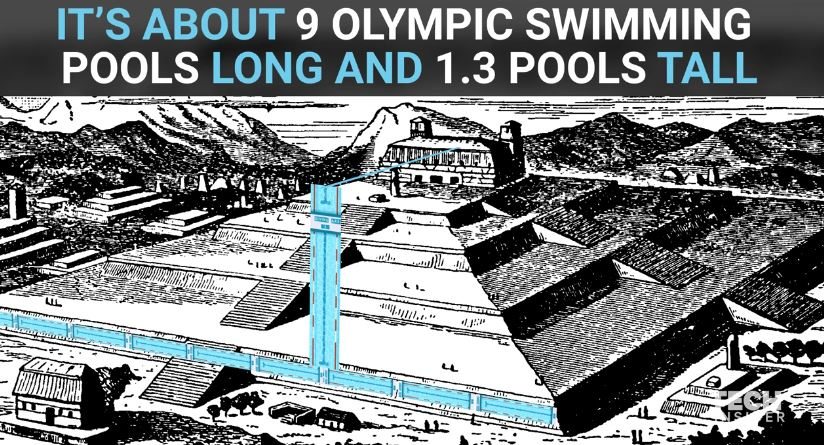 So why is it that we’ve never heard of the world’s largest pyramid until now? Well, besides years of indigenous erasure, the Great Pyramid of Cholula is actually a structure that is constructed from mud. After the passage of time, grass and other vegetation took over the way nature does, and it turned the pyramid into a giant grassy hill.

In fact, when the Spanish explorers arrived in the new world in the 1500s, they didn’t realize that it was an actual structure, and instead built a church on top of the “hill.” 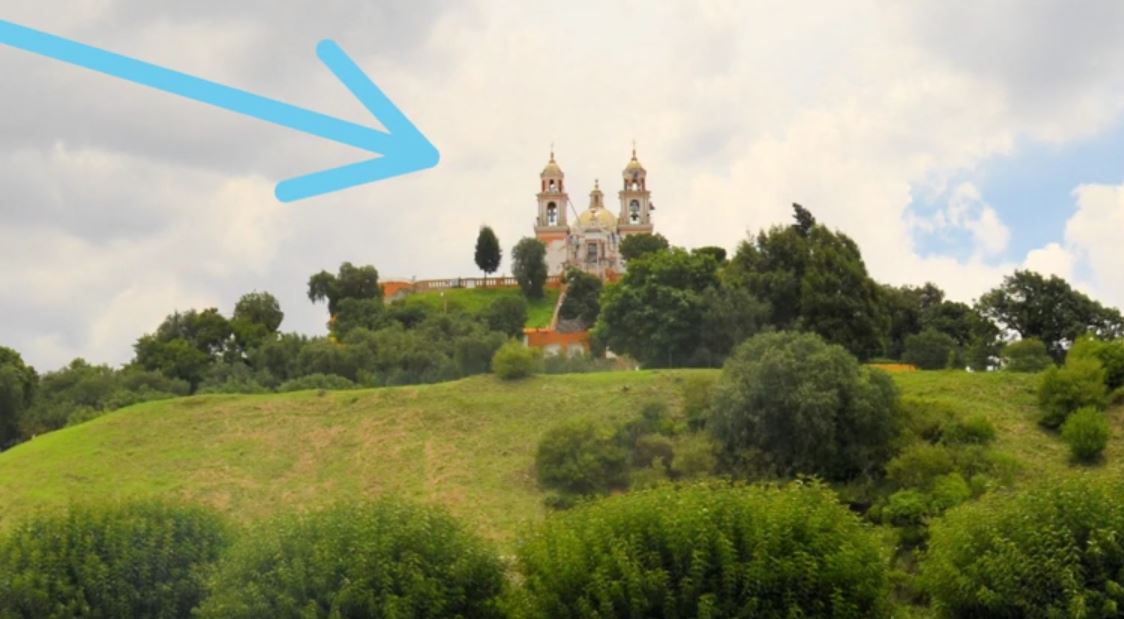 This is one of the reasons that the structure still stands today. Because it was camouflaged, the Spanish – famous for destroying things in the New World – were unaware of its existence, and therefore did not level it the way they did many other religious structures in the area. In fact, the Great Pyramid of Cholula went unnoticed for hundreds of years until locals rediscovered it in 1910.

Today, visitors can go explore some of the structure’s excavated tunnels. In addition, there is an on-site museum where tourists can go to learn more about the ancient wonder and its creators.

I can already sense my father packing his bags to go down to Mexico for a family vacation. Meet you there, Papi!

What do you think about the world’s largest pyramid? Would you go to visit it? Have you already seen it? Let us know!