La Rosa Nautica in Lima, Peru, was fined $62,000 for giving different menus to women who were eating there with men, according to the AP.

Men were being given blue menus with prices on them, while the women who sat with them were given gold menus that didn’t have any pricing information. The restaurant stands behind their decision saying that it “extolls the position of women, considering it a pleasure for them to enjoy a romantic evening with their partner, without taking into account the cost of the services.”

The National Institute for the Defense of Free Competition and the Protection of Intellectual Property voted 3-2 that all customers should receive the same menu. 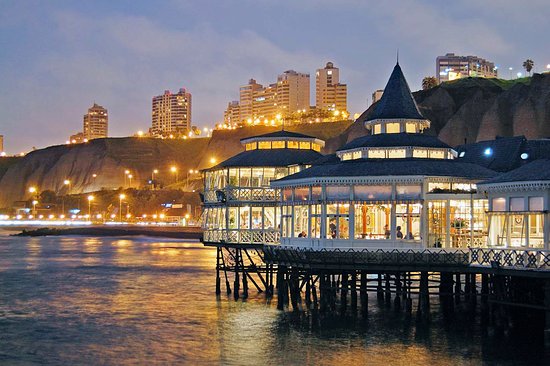 “These small things may seem harmless,” Liliana Cerrón, an official with the institute told the AP. “But at the end of the day, they are the basis of a chauvinistic construct reinforcing differences between men and women.”

Umm…Why are they acting like it’s not that big of a deal? If I was eating out and noticed no pricing on the menu it would probably be the first thing I brought up to my server.

Following the ruling, La Rosa Nautica will have to pay the fine, train staff about discrimination, give out the same menu to patrons, and post a sign saying that “it is prohibited to discriminate against consumers on the grounds of origin, race, sex, language, religion, opinion, economic condition, disability, sexual orientation, gender identity or other grounds,” according to a release.